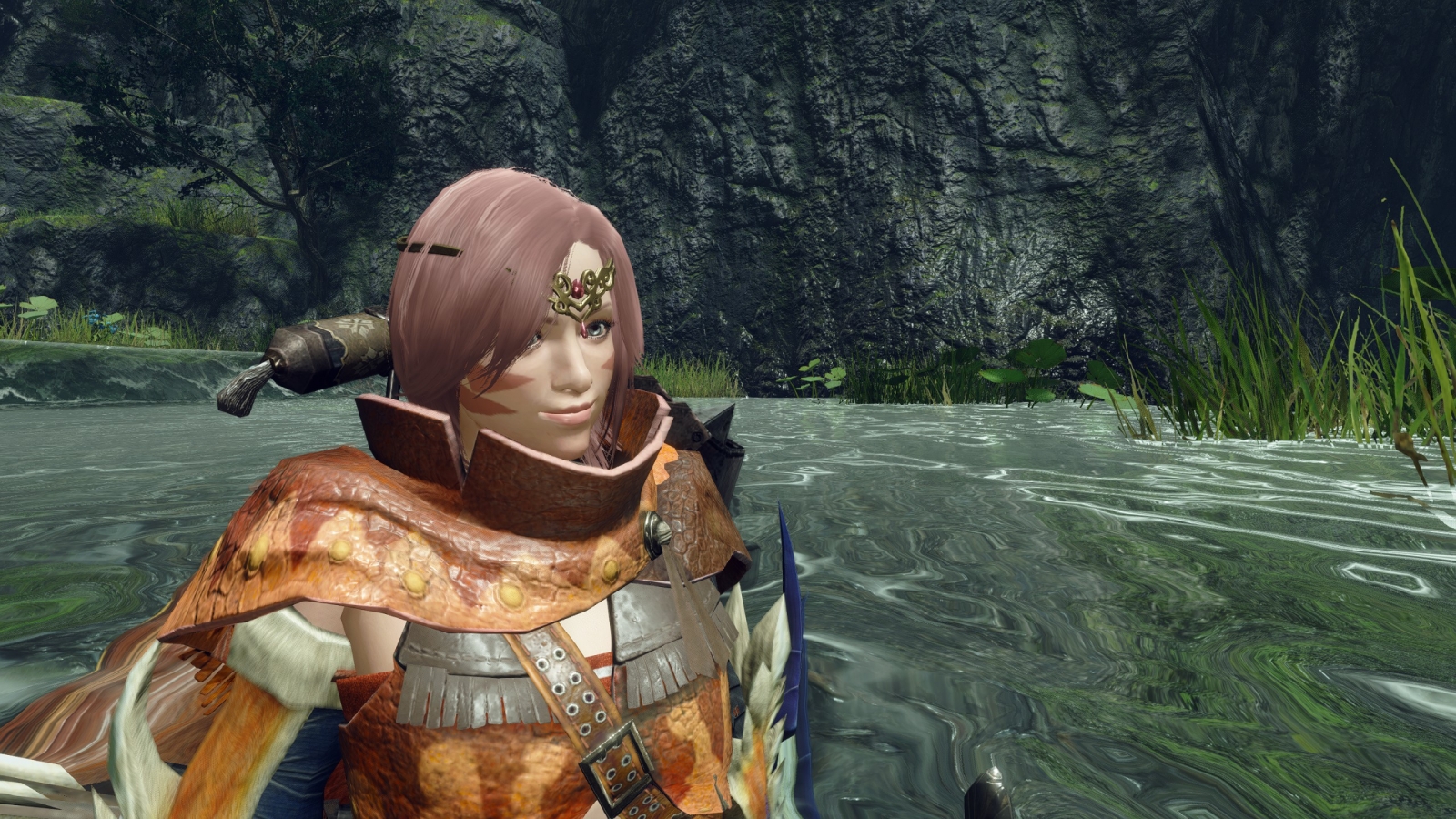 There’s something inherently fun about Monster Hunter. Maybe it’s the wide variety of weapons and armor to craft, maybe it’s getting to battle against giant beasts, or maybe it’s just playing with friends and strangers. Regardless of what the core reason is, each iteration of the series makes small improvements or changes to squeeze that much more fun out of the core gameplay loop. Last year’s Monster Hunter Rise on Switch was my favorite entry so far. Even though the user experience was still so bad it was difficult for new players to get into, things like the Wirebugs and Switch Skills made the combat and exploration flow very nicely.

Less than a year later, the game is now available on PC, complete with updates and DLC to bring it in line with the Switch version. Unfortunately, while it certainly runs and looks far better on a decent rig, it comes with some frustrating issues that have me sticking with the original. There are FPS problems, odd draw distance glitches, a strange depth of field effect, and crashes to name a few.

Before we get into those though, a quick recap for those who may be new to MonHun. In Rise, you play as Kamui Village’s newest Hunter – just in time for the rampage, or an event where multiple Monsters go into a frenzy and begin to attack human settlements. As a Hunter, you do essentially what your job says on the tin; hunt Monsters. You do this by selecting a weapon, such as the unbeatable Sword and Shield, the wide reaching and aerial focused Insect Glaive, or the ranged Bow and team up with up to three other hunters to take down a massive beast. After defeating them (or capturing them) you gather raw materials from their body, return to the village, forge new weapons and armor with those materials, and do it all again until… well, the next game comes out and you start all over again with new locations and Monsters. It’s a very addicting gameplay loop that you can easily sink over 100 hours into and still not get tired.

Given the massive amount of time one can put into a MonHun game, I’d say I know Rise pretty well at this point, so starting over on PC wasn’t too big a deal (though I would have liked to transfer my save). Upon starting a new game with my new and shiny 170 Hz monitor, however, I immediately noticed that certain things like cutscenes and the main menu are still locked at 30 fps. Not a big deal, but a little odd especially considering there are already mods to change this less than 24 hours after launch. 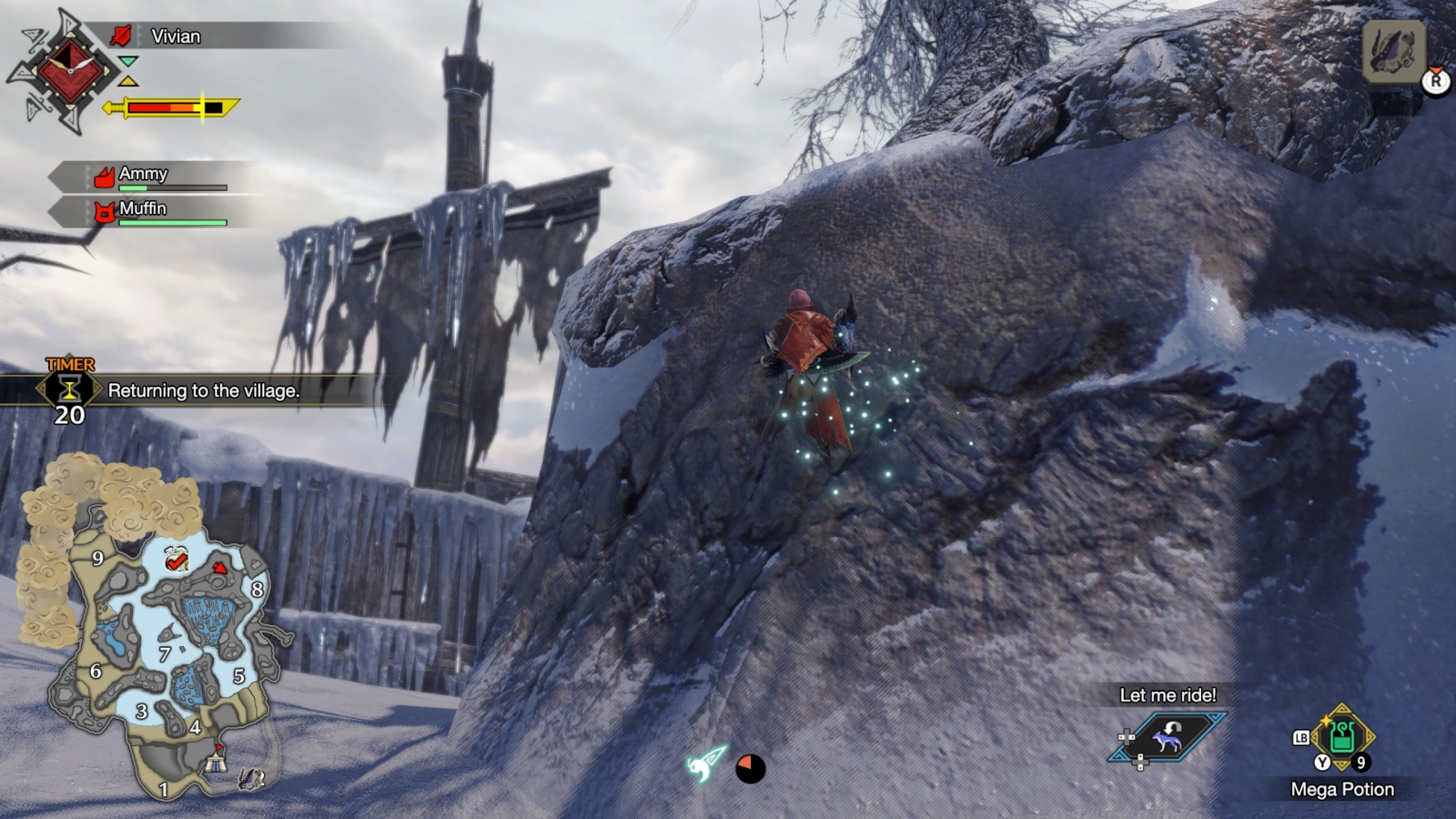 Things get a bit worse once we dive into the options menu, however. Starting off with the basic display options, you can play in windowed, borderless, fullscreen, or fullscreen with HDR mode. HDR only being available is very strange, but in all honestly the colors look exactly the same in borderless mode with Windows 11’s Auto HDR turned on so you can work around this. There are also several options for framerate cap, including unlimited and VSync. Diving into the advanced graphics options, you can adjust the image quality, toggle high resolution textures, adjust texture filtering, toggle ambient occlusion, and fiddle with shadow quality. Except, you can’t actually change these on the main menu where most PC players would think to adjust these things. What you can do here, is turn on or off dynamic shadows, equipment shadows, processing reduction via model swapping, and change the mesh quality. Only when you load into the game can you adjust those aforementioned along with Anti-Aliasing, Variable Rate Shading, Foliage Sway, lens distortion, the vignette effect, depth of field, film grain, and turn on screen filters I assume are for the camera mode. It’s an extremely strange setup, and if you want to adjust something you may have to load a save or exit to the main menu.

Given that you’ll probably only adjust these settings once, it’s not that big of a deal. Unfortunately, there seems to be a glitch currently on two monitor setups wherein the game will crash on startup once, then after reopening it all your display settings will have reset. This is a hassle, and while it doesn’t occur with one monitor unplugged I don’t want to have to do that every time I play this one game. 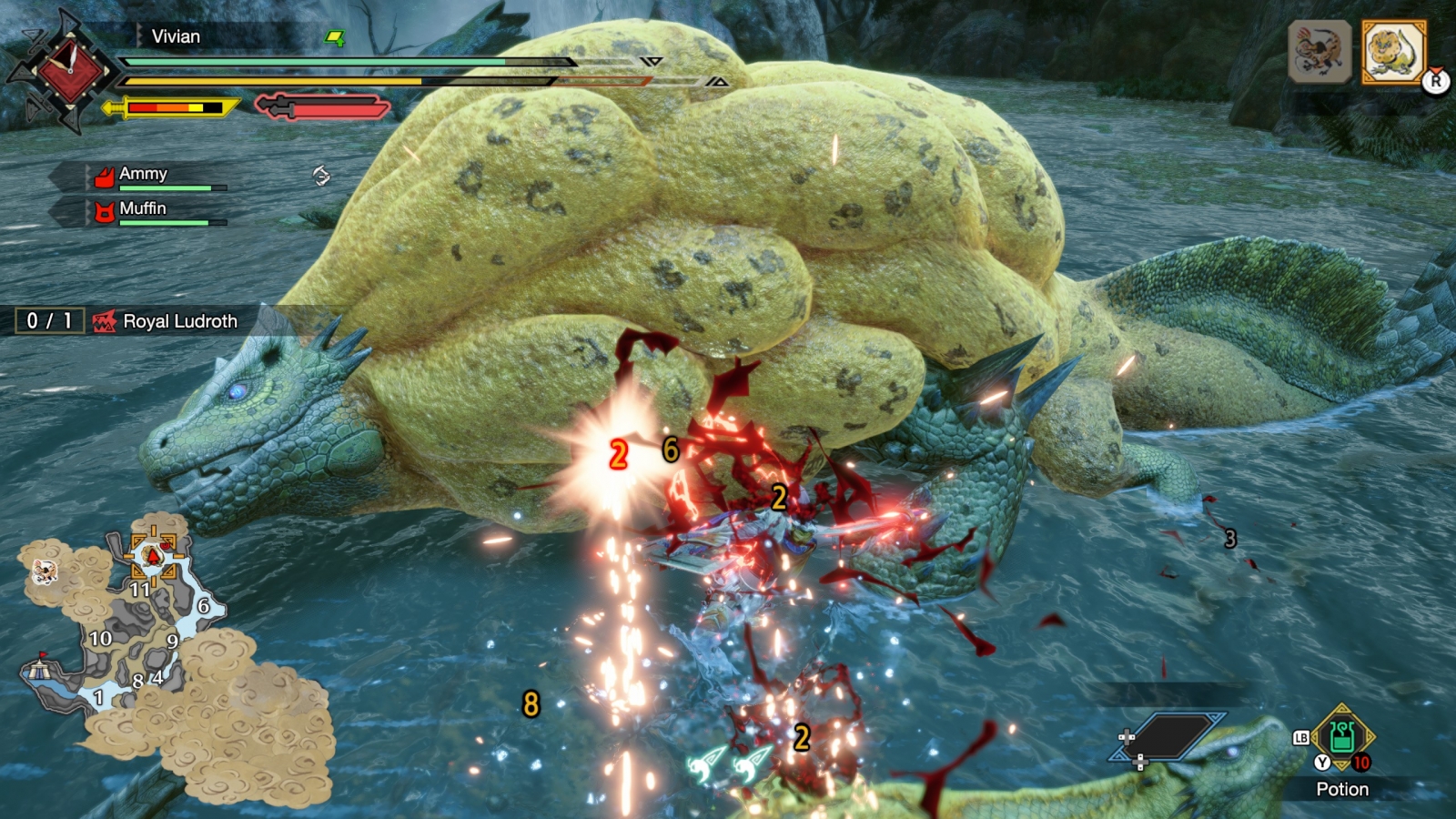 On the upside, Rise does support Ultrawide monitors at 21:9. I can’t test this personally, but from screenshots it looks nice. That being said, I don’t think this version looks all that much better than the Switch version, even in portable mode. When comparing the two immediately after loading a save, I noticed some shadows in Kamura village actually look better on Switch. In handheld mode, the same shadow looked solid while dynamically moving with the flag that was casting it, but on PC I could see a heavy amount of dithering for whatever reason.

Speaking of shadows, on PC there is an incredibly distracting blob of shadow that seems to follow you when going at high speeds. At any speed though you’ll still definitely notice shadows slowly appearing on cliff faces, monsters, and other objects as you move towards them. This seems to be a draw distance thing, and there is no option to increase draw distance to mitigate this. 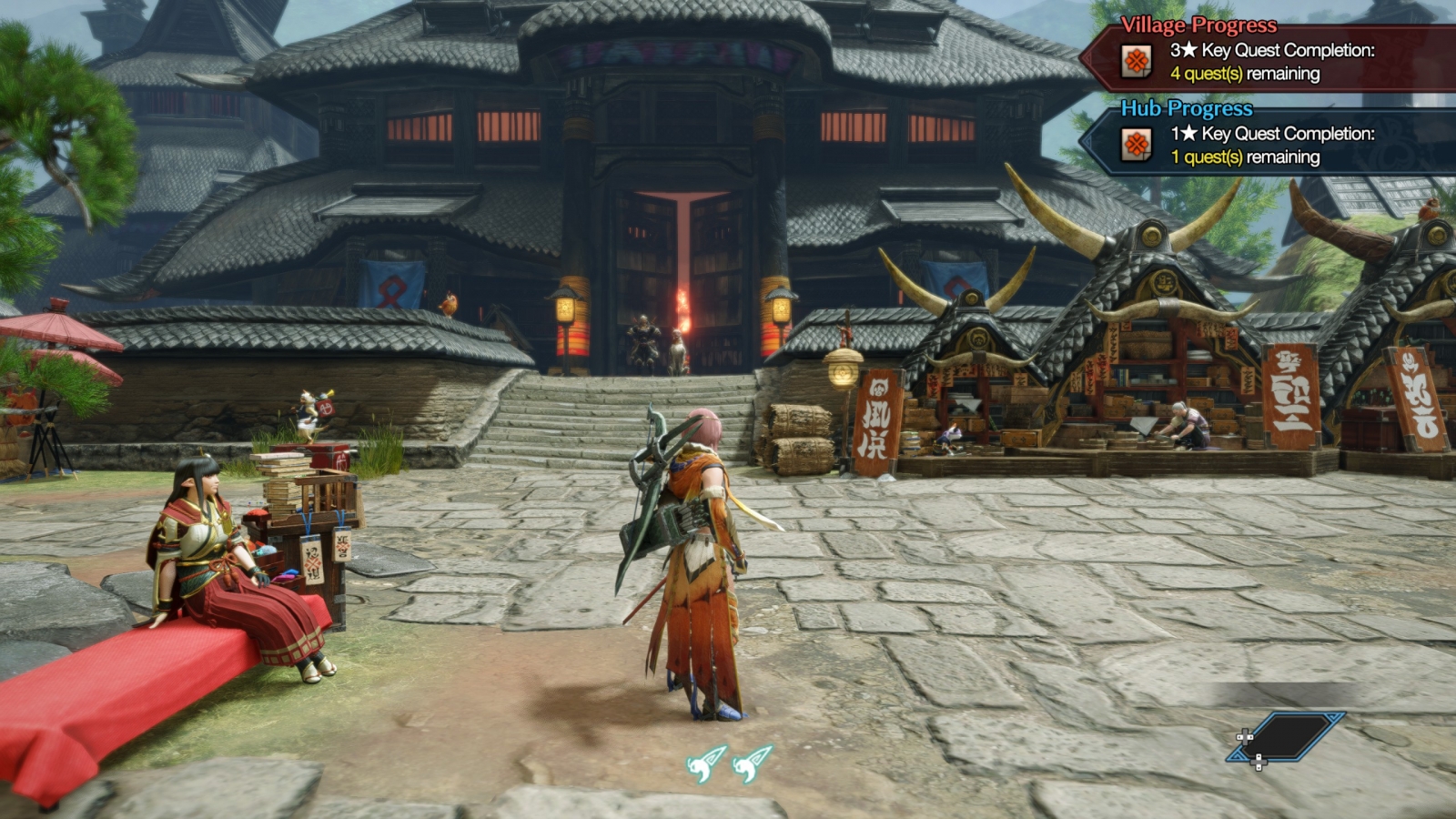 As for controls, there is thankfully full Keyboard and Mouse support including cursor navigation in menus. What’s even better is you can completely rebind all the controls, including separate settings for melee and ranged weapons. While you can’t rebind on a gamepad, you can adjust all the configurations included in the Switch version along with changing what type of buttons are displayed such as XBox, PS4, PS5, and a horrifying amalgamation of Xbox and Switch using the Nintendo layout on the face but RB and RT and so on on the shoulders. I still prefer playing with a controller, and menus aren’t exactly suited to mouse and keyboard, but from what I have played it works perfectly fine.

Despite releasing nearly a year after its Switch counterpart, the PC version of Monster Hunter Rise feels like a minimal improvement. Sure, you can get frame rates in the hundreds and high resolutions, but frequent crashes can reset your settings and cutscenes are still locked at 30. The keyboard and mouse control options are a big boon for accessibility, but the visual improvements here feel so minimal I’ll stick to the portable edition.

David is the kind of person to wear his heart on his sleeve. He can find positives in anything, like this is a person who loved Star Fox Zero to death. You’ll see him playing all kinds of games: AAAs, Indies, game jam games, games of all genres, and writing about them! Here. On this website. When not writing or playing games, you can find David making music, games, or enjoying a good book. David’s favorite games include NieR: Automata, Mother 3, and Gravity Rush.
Related Articles: Monster Hunter Rise
Share
Tweet
Share
Submit