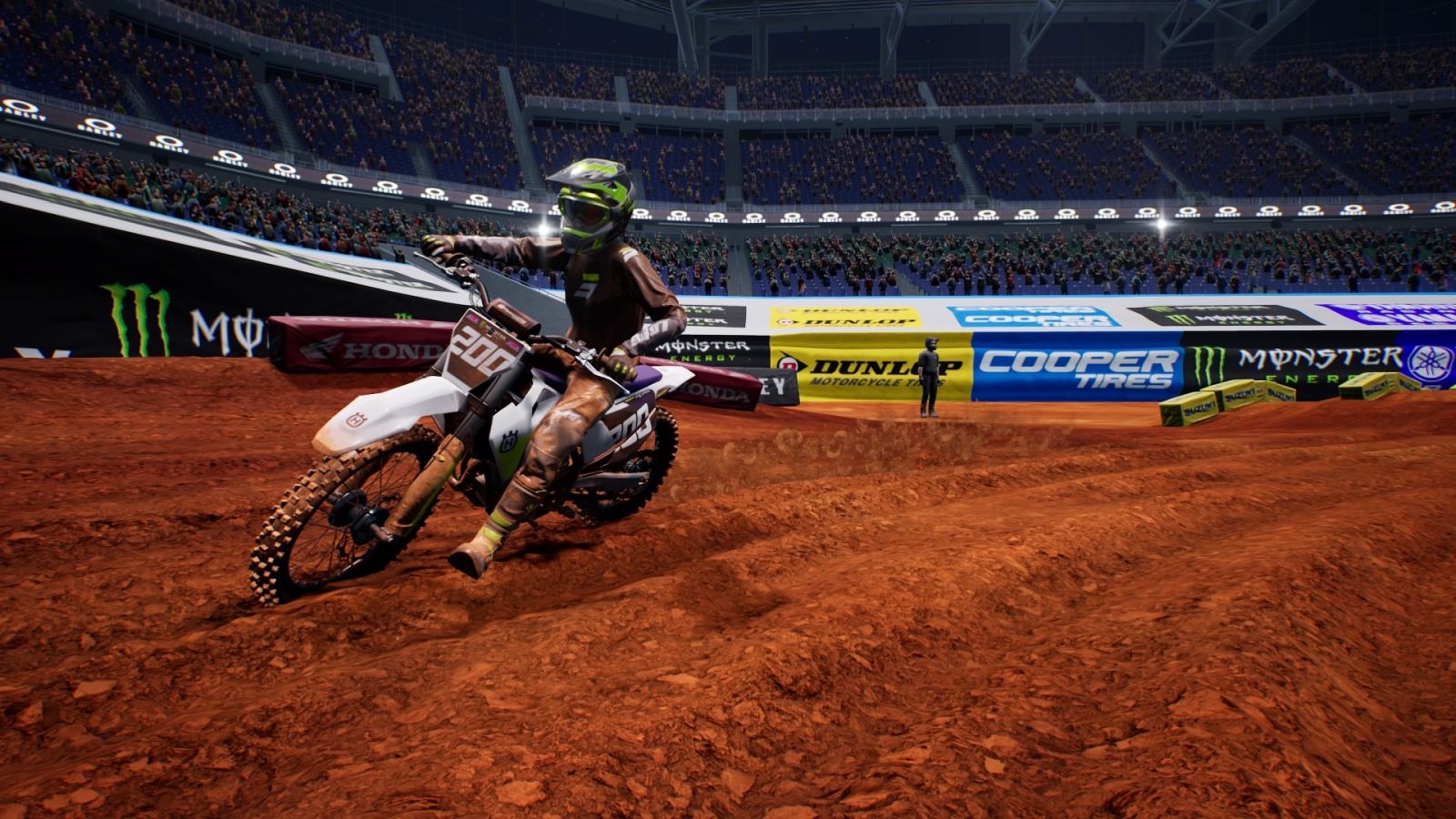 If somehow you’ve still not heard yet, Monster Energy Supercross 5 launched back in March and I got the chance to check it out. For fans of the Monster Energy Supercross series of games, this is another to add to your collection, especially if you are one of the people who chases the roster updates and keeps up with everything Supercross. While the game may not have a whole lot of new stuff going on, there are still a few things that I would like to touch on. I feel that it’s also worth saying that I’m rather new to Supercross, so my perspective is raw and unbiased by previous entries or other games that feature dirt bikes. Let’s get into it.

If there is anything that I have learned while playing Monster Energy Supercross 5, it is that I am bad at playing Monster Energy Supercross 5. Granted, I’ve never really been good at racing games (you should see me play Mario Kart), but that doesn’t stop me from trying. The Supercross games have always been on my radar, but I’d just never taken the time to really give them a try — until now. First impressions of the game are very positive, I will say. The game looks awesome. All of the official tracks from the Monster Energy Supercross 2021 season are featured in glorious detail. I never thought I would comment on dirt in a video game, but I mean, the dirt looks nice — watching it kick up behind your tires when you floor it or when you execute a drift is a treat. 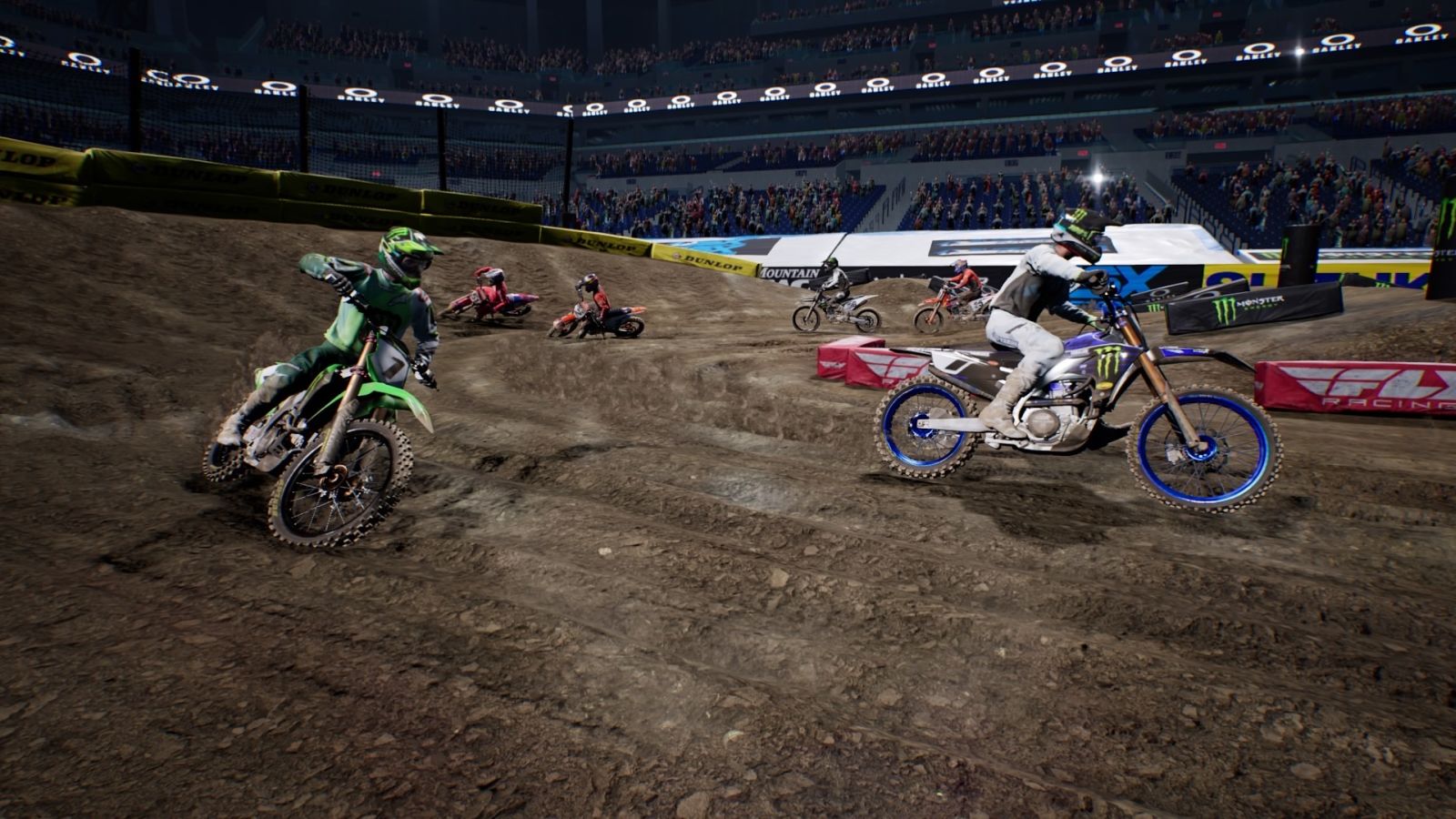 As per the usual, there are a variety of playstyles for the casual and the competitive Supercross fan, including online and offline modes, a career mode, and also a new Compound mode. In the Compound, you can free-roam or even race against friends, complete challenges, and find collectibles to unlock additional gears as well. For newcomers to the series, I would recommend you also check out Futures Academy, the tutorial mode that will walk (drive?) you through things like handling, whoops, and scrubs and whips. There are even Theory Lessons where you can watch a short video to learn about the Supercross Championship and events, such as the Triple Crown.

The new features don’t stop there as you are now able to use two-stroke bikes in any of the modes now. A two-stroke engine completes a power cycle in only two strokes of the piston during a single power cycle, as opposed to the four strokes of the piston to complete a power cycle for a four-stroke engine, hence the naming. There’s too much technical jargon for me to get into, and frankly it all goes right over my head. So the takeaway from this is that you are able to use either a two-stroke or a four-stroke, it’s entirely up to you. The considerations in this would be the power output and the overall power to weight ratio and how that can affect you during an event. 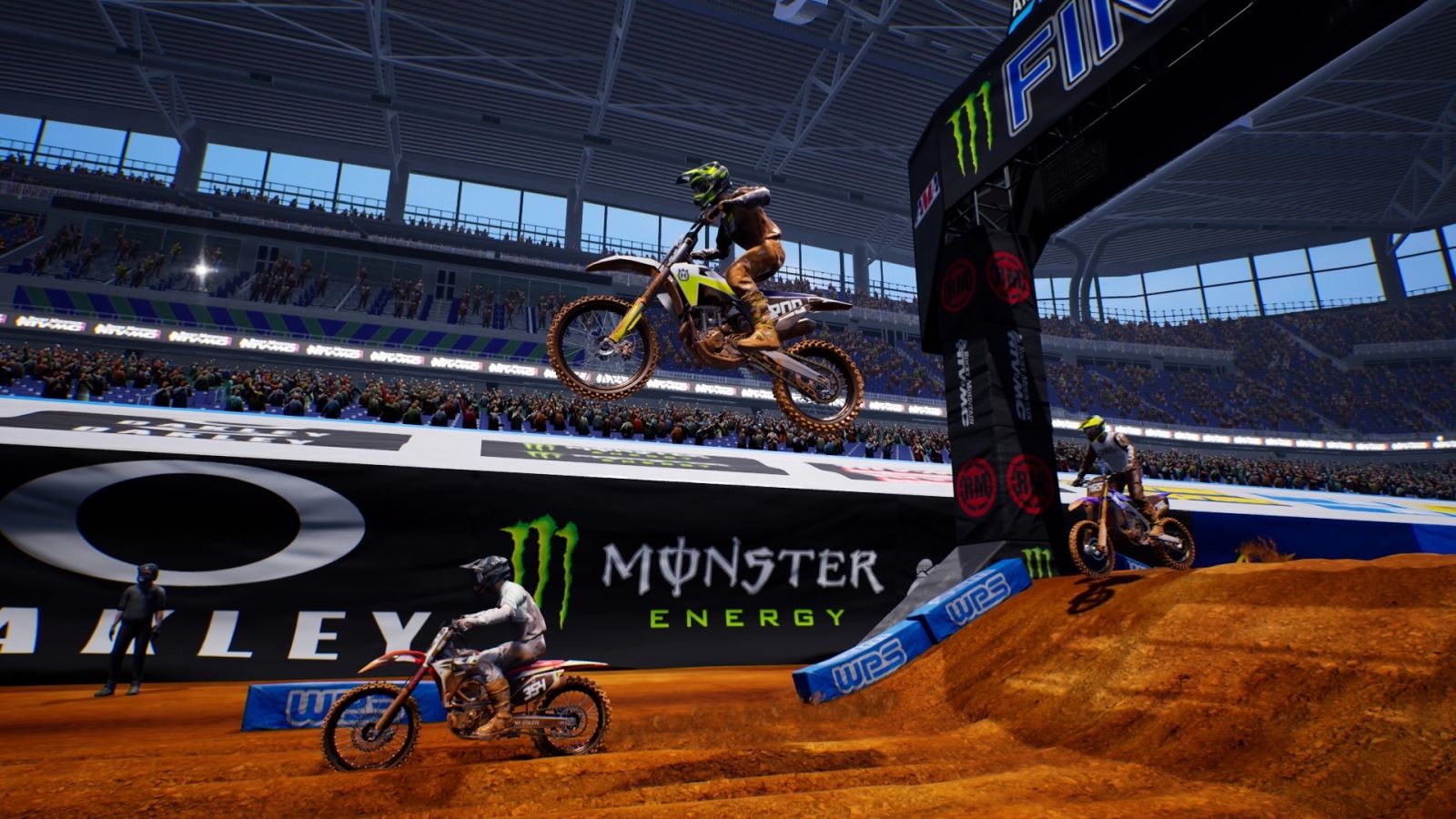 Unfortunately Monster Energy Supercross 5 doesn’t feel very welcoming to newer players. Going through Futures Academy does help a little bit, but I honestly feel like you’ll learn about all of that by just jumping right in and going for it so I ended up not using it. You do eventually fall into a rhythm, get the hang of the controls a bit, but it can all be thrown off again in a single second by a small bump by another rider or not being able to execute a turn properly. There have been plenty of times where my character would just randomly fall off the bike or crash, even when barely moving, which led to a lot of frustration. I also feel like some of the handling could be tweaked as well as I felt like I was constantly overcorrecting every time I moved my left joystick. I would often go careening off the track while simply trying to line myself up again. I also got randomly reset a lot, sometimes when I felt like I was perfectly on track, but at times where I was way off course I wasn’t being reset.

There were a lot of inconsistencies when it came to resets, turning, and so much else that I have spent a lot of my time frustrated. However, I’ve written that off as me just being new to the game and I don’t really find the game itself to be at fault. For those of you who have played previous entries, this game should be pretty in line with what you’ve already experienced. The menu systems are pretty simple with tabs to easily navigate between single player and multiplayer as well as an eSport and Customize tab. Within customization you can create your own helmet and stickers as well as altering your riders personal appearance. You are also able to make some customizations to your bike as well, including components and livery.

Cassie Peterson is an Editor for Gaming Trend but also a sporadic content creator and exceedingly average Rainbow Six Siege player. She goes by MzPanik on Twitter and Twitch and all of the gaming platforms.
Related Articles: Monster Energy Supercross 5
Share
Tweet
Share
Submit