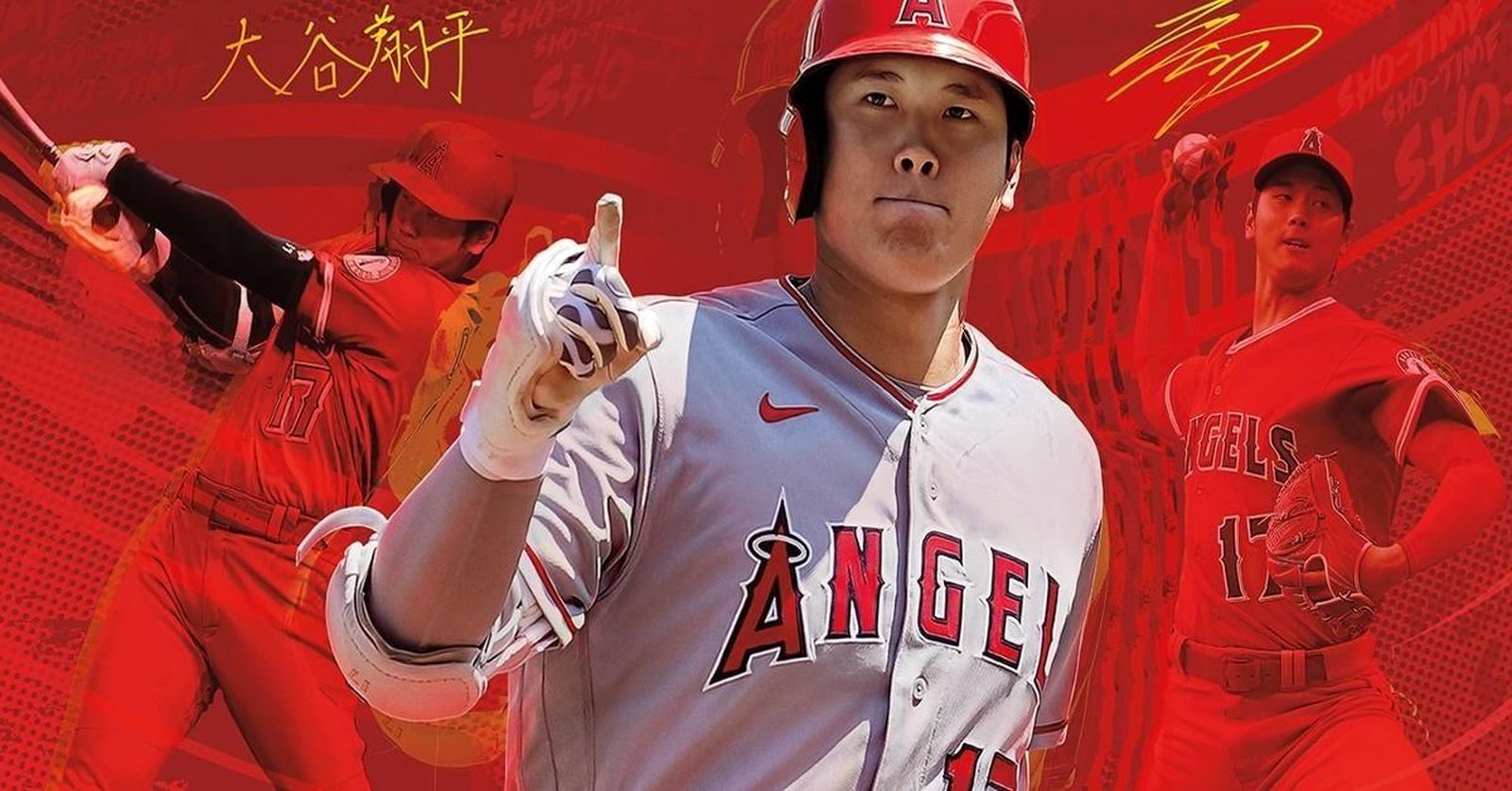 Sit back and enjoy the show! MLB The Show is back with its latest iteration MLB The Show 22. As we step further into the future we get iteration after iteration of sports games, Call of Duty’s, and more. In a market where there is oversaturation of the same theme at times, and rehashing of the same thought and concept, sports games seemingly become stuck in a rut of putting out the same product year after year. MLB The Show has flirted dangerously close with that line, however where it excels many others fail. Most MLB The Show titles function well off of a bit more of the same. A game created by the studio Sony San Diego, MLB The Show 22 desires to stand out above the studio’s previous versions from 2021 and further back.

Year after year, iteration after iteration games wind up lesser versions of themselves until something changes in the formula. While the game largely remains the same, some changes propel MLB The Show 22 forward with roaring aplomb. All the standard game modes are back for more enjoyment from baseball fans. From Road to the Show, to Diamond Dynasty, with March to October, and even Franchise mode, MLB The Show 22 is jam packed with content for everyone to peruse.

2022’s MLB The Show brings a fantastic and iconic player to the cover in Shohei Otani of the Anaheim Angels. Being one of the more easily recognizable players of the MLB and an unprecedented talent in Major League Baseball, Otani was the clear choice for the cover this year. This cover choice was followed by the opening scenes of the game in which Otani monologues about his dream of playing baseball and setting goals to achieve that dream. This opening scene is endearing and proves that with hard work and dedication dreams are achievable.

After the monologue the game cuts to a black screen with the title on screen, effectively welcoming players back to the show. Here is where my journey began exploring and enjoying and playing with all of the features accessible. First thing that came across was building my own player before I got further into more of the game. With that of course I had to build a power player and with that it was off to the races with hours and hours of play.

From the opening screen to the different game modes, Road to the Show is the first game mode that I stepped into. Previous Road to the Shows much like this year, have you create a player, then have the player get drafted by a major league team, and explore their journey to the major league stage. In player creation you get to choose what type of player you want to make. Whether you are a hitter/position player or a pitcher, you choose one and then create how your player looks overall. Once you go through normal player creation the game walks you through the draft and lets you either have a team draft you at random, or if you are a baseball fan (which most playing this are) lets you hand pick which team drafts your player. In my case being a fan of the Colorado Rockies, I went out of my way to have my character drafted by the Rockies. Once I was drafted, I was then put on a minor league team in the Rockies minor league system. From there as a player you get to play games through the season of the minor league team. Ultimately garnering more experience and growing your player into a major league pro by proving yourself throughout your minor league career and being called up to the big leagues.

In Diamond Dynasty the game has you opening card packs, item packs, and the like through an in-game currency called Stubs. After opening card packs that you have purchased using Stubs, player cards gained through those packs are used in the mode to make the ultimate team of your choice. With your team put together, players can complete challenges, mini seasons, and collections. Completing all of these reward xp and more stubs towards packs to further your journey into the Diamond Dynasty game mode.

Next up is the March to October game mode. This equates to playing a full season with one of thirty two professional baseball teams. The season starts with spring training in the month of March where players get loose and get back into their routines for the season. This leads into opening day in the first days of April. March to October is not just a play on words of marching to October, but the actual months where a regular season of baseball and post season baseball takes place. Not much more to explore here except the continuation of playing season after season with current rosters.

Finally we step into the final game mode in Franchise mode. Franchise mode takes the player on a journey as the general manager of a franchise for an entire season of baseball. Choices that can be made in that game mode range from roster moves and trades, playing key moments in a season with your managed team, and watching the team make their case for the World Series as you progress through a season. With roster moves and trades as an available function of Franchise mode, players can build teams through trades with other teams and try to bring talent to their team to field the best team they can. These trades are not just straight forward, give me one for one trades, salary caps matter, player caliber matters, and ultimately the other team you trade with has say after you suggest a trade with them.

After all this, if players really want specific baseball players on their team, they can change the settings to force trades to happen and to ignore salary caps and salaries of those players. Ultimately this allows one to field an all pro team and have their run of the entire league. Not only are trades part of the system here, but roster moves up and down the entire major league system of a team drive and allow certain amounts of spots to go to certain amounts of baseball players. In baseball there is an active 26 man roster, which covers the professional level of a major league team, and a 40 man roster, which including those 26 includes prospects that major league teams can move up and down through the minor and major leagues to field their best chance at winning in a season.

Past this there are many smaller modes to explore that bring a lot of fun and play time to the game. You can explore your inventory of items and baseball player cards. There is a Homerun Derby mode where you can select all of the players for the derby or even compete with other players online in a Homerun Derby. While there are many others to choose from and explore, these were the most enticing options and are where the core demographic of MLB The Show Players will gravitate to.

The elephant in the room here that has not been talked about yet, which is the biggest new feature of MLB The Show 22 this year, is online co-op/multiplayer offered through the different game modes. There are some 2v2 and 3v3 player options available as far as modes go. The most straightforward way of playing co-op online with friends is each person has different roles on the team and players switch off throughout the entirety of the game. To that effect one player controls pitcher and catcher, one player controls the entire infield of players, and if playing with three players the third player controls the entire outfield of players. This changes every inning forcing each player to step into the individual roles at least once throughout a game. This new way to play with friends has definitely shown itself as a highlight of this year’s iteration of MLB The Show.

Despite these new changes there are old facets of MLB The Show that are still glaringly obvious that have not been changed, that effectively Sony San Diego slapped a new sticker on the box that says 22 this year. The two major hang ups are the lack of graphics being updated, and the lack of improvement on using a new engine for the game. Graphics are one of the most glaring changes that the game needs to make if it aims to have any sort of longevity going forward.

In my time with MLB The Show 22 a few things stand out to me, and a few others fell short. First it is easy to lose a good chunk of time playing in any of the game modes. For instance, playing an eight player Homerun Derby by myself took around 40 minutes while speeding up the flight of the ball, I can only imagine how much longer it would have taken because of that. Gameplay still feels smooth and natural and even when doing my least favorite activity of pitching still felt organic and easy to get into with a good level of depth. Opening packs are as fun as opening card packs for TCGs and the like in real life. Menus are easily navigated.

Spending time playing the different modes, and just getting a general feel for MLB The Show 22, I found myself enjoying more of the game than I thought I would. Homerun Derby among the other game modes really helped to engulf and immerse myself in the game. Between stats and rosters it is always fun to mess around with major league rosters the way you would want real teams to manage their rosters. With what should be a lasting impression MLB The Show 22 leaves little to the imagination from its predecessor. What should be a definitive installment with the addition of online co-op, winds up being more of the same formula that needs some updates and changes if it is to have a lasting legacy.