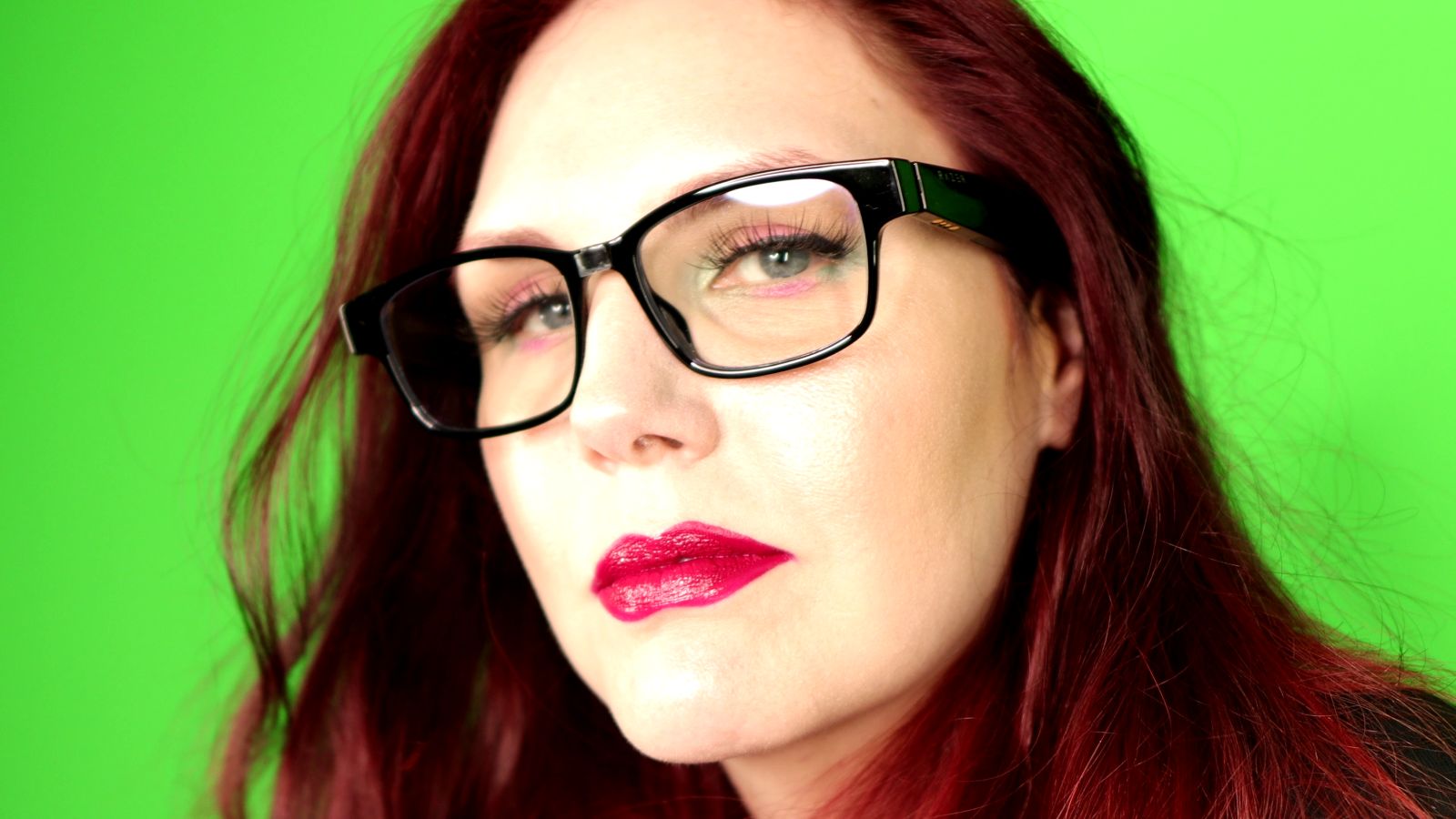 As I suffer from debilitating migraines, and my deadlines couldn’t care less about my pain levels, I’m always on the lookout for things that help abate that pain, and blue light filtering glasses help dramatically with my screen time. When I saw that Razer had released a pair of glasses with blue light blocking tech, a polarized lens option, and Bluetooth speakers and microphone built in, I jumped at the opportunity to check them out. Let’s charge these up and see what’s up with the Razer Anzu Smart Gaming Glasses.

Unboxing the glasses, I was happy to find a nice leather case, as well as the included polarized lenses. The latter was protected by a soft foam core, letting the lenses rest recessed so as to not scratch the surfaces. The faux leather case smells like the real deal and has a grain texture similar to real leather, but with a felt inside. There is a flap to keep dust from entering the case, as well as a magnet to keep the pouch closed without the need to press on the front and possibly damage the glasses within. Also inside the case lies the Y-split magnetic charging cables. As you can see in the video above, these connect to the three points on each arm of the glasses magnetically, charging the Anzu. It takes roughly 90 minutes from empty to full, and the glasses will operate for about 5 hours of solid use.

Connecting the Razer Anzu glasses to my desktop was easy as it paired like it did with my phone. Unfortunately, however, I couldn’t move more than roughly a foot away from the side of my case before the audio cut out completely. In an attempt to pry this into functionality on my PC I purchased a Bluetooth extender. Even working with Razer support I was unable to get the glasses to pair with the extender. At this point the support team declared “We don’t recommend using the Anzu with a PC”. Well, I’m stubborn and I don’t think they tried that hard.

Switching things up, I paired the glasses with my Triton 500 laptop. As my face is roughly two feet away from the screen and laptop body, it should be able to retain a better connection. Well, it connected instantly and paired, and proceeded to deliver sound perfectly at a distance of over 50 feet! Testing it on an OriginPC EON-15X, it performed just as well. I even went upstairs and put a wall between the Anzu glasses and the laptop and it didn’t miss a beat. I think the lesson here is that the solid metal case of a PC might cause some issues for connectivity, but laptops seem to work without a problem. Working is one thing, and sounding good is another. Let’s play some Deeprock Galactic with Holly and David and hear how it sounds with Discord.

As you can hear, the microphone sounds pretty decent. Everyone is able to hear me clearly, and I wasn’t cutting out or having any other audio issues. While the lack of meaningful bass does mean FPS games are going to lack a bit, there’s no doubt that they work just fine for chat. You can hit our video at the top of this review for a listen on how they sound. Realize that’s a single side, so the real deal is more rich, but it’ll give you an idea.

The downside to the downward-firing speakers on the Anzu is that they tend to leak audio. This means anyone around you can hear your conversation, and even more so when you are listening to music. They also lack punch, giving up bass for the incredible comfort of not having anything over your ears. I personally prefer Razer’s own Hammerhead earbuds for music and calls on the go for this reason as those sound phenomenal, but the trade-off is that you lose the glasses. That said, I found a few use cases beyond AAA gaming — conference calls and casual gaming.

Obviously, the Razer Anzu will pair with a phone easily enough. There are a world of mobile-friendly games available to you that will work absolutely perfectly with the Anzu. Where I found myself using it was on a far larger screen — my Chromebook. When I take my Chromebook on the road, I don’t want to be tethered with a bunch of wires, and the Anzu works perfectly in this scenario.

More than likely conference calls are a big part of your life if you work from home, and that’s very true in my world. There are days where I’m fielding calls back-to-back almost all day. Skype, Zoom, Teams, Discord, and whatever else people feel like using these days — it all flows through my laptop or my cell phone. Even my cell phone rings with an actual phone call every great once in a while. Strange, but true! In all of these scenarios, throwing on the Anzu without the need to fumble with a clunky USB cord is great. Given that the pairing on the Anzu is almost instantaneous, you aren’t letting the call ring while you wait. 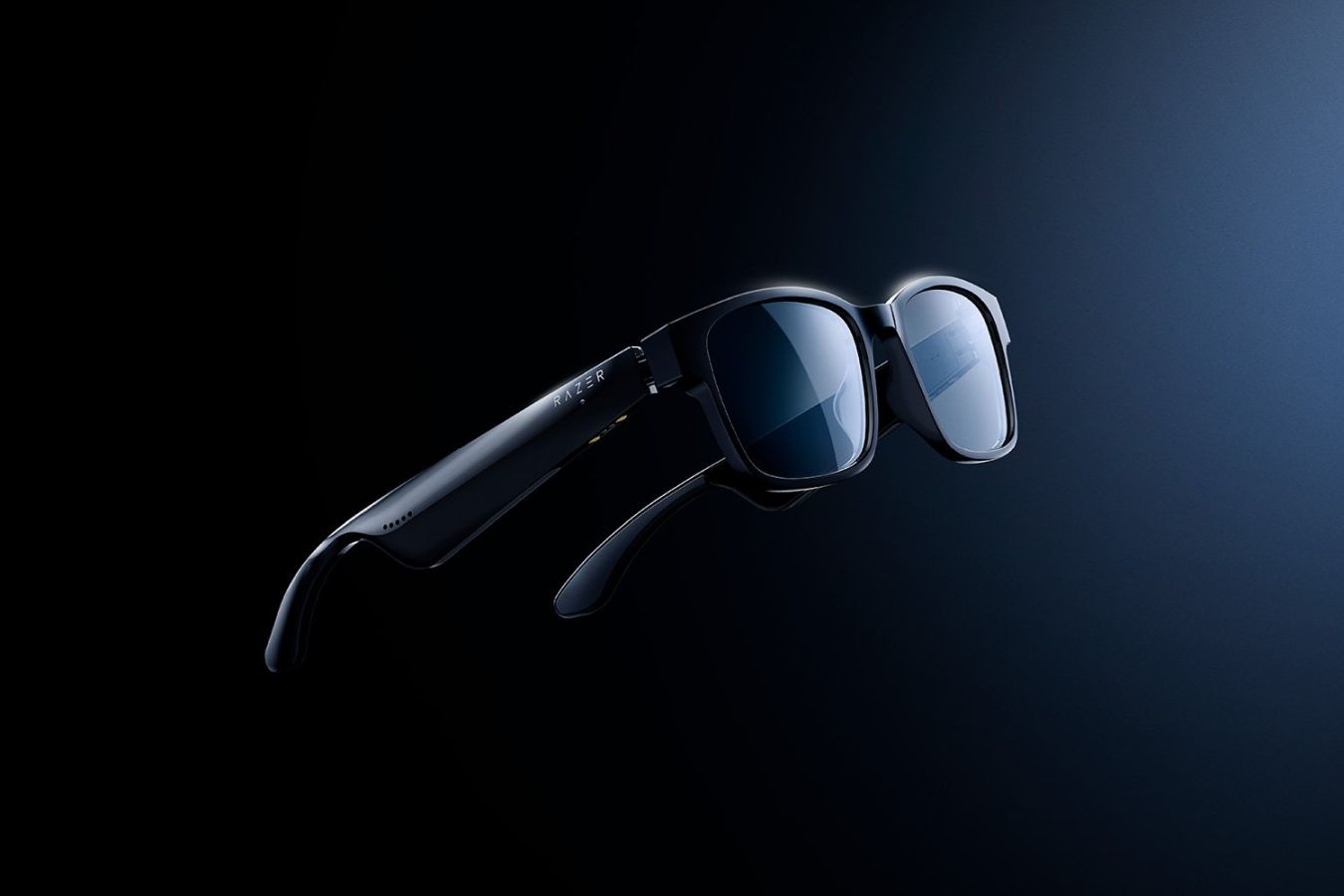 The other scenario I found myself using the Anzu most was using my Nintendo Switch. Sure, the Switch doesn’t natively pair with Bluetooth devices, but thanks to Genki’s Bluetooth adapter, I was able to pair it up, play for a bit, and pack it up without a problem. With the protective case, I could throw both of them in my bag in the blink of an eye and be ready to disembark a plane, or whatever else without becoming that guy that looks like he has to pack half a Radio Shack into his bag as everyone shuffles past him.

Inside the Razer Audio app liles a few options to adjust, as well as functionality to update your firmware. It will show the charge level on each arm, and also give you access to three equalizer presets — Default, Enhanced Clarity, and Treble Boost. It’d have been nice to be able to adjust this with more granularity, but the three presets work well enough. Also within the app is the ability to remap the controls, allowing you to change what a single tap, double tap, triple tap, hold, and triple tap and hold will do while on a call or listening to media. There’s also a low latency audio toggle called “Game Mode” though I never felt the need to use it — I never encountered any latency to warrant turning it on. Let’s talk about those taps.

Hands-free music is fantastic, and honestly the key to getting any work done for me. With my Razer Phone 2 (hey, it’s a great phone, and I bought one shortly after my review — what can I say?) sitting on its charging cradle at the edge of my desk, the ability to control my media with gestures or taps is a great thing. It lets me keep my focus on my keyboard and screen where they belong. Once I changed up the taps to how I wanted them to operate I was able to just type away. There were a few accidental taps here and there as I adjusted the glasses on my face, but those were few and far between.

There is one thing I’d really like to change for the Anzu 2, beyond getting some punchier bass — the length of the charging cable. The Y-shaped cable has a length of about a foot, limiting where it’ll reach. I get why Razer made it short for ease of travel, but that means I’ve got to go shopping for a short, but not too short, extension cable to charge the Anzu more easily. It’s a minor nitpick.

At $199, the Razer Anzu Smart Glasses aren’t the cheapest audio solution out there, nor is it the cheapest blue light blocking glasses. Put them together, however, and you’ve got the best of both. Other companies are making similar solutions, but they often retail for $250 and don’t come with changeable lenses. What they lack in bass, they make up for in incredible convenience, comfort, and eye strain reduction.

With lightning fast connectivity, comfortable and fashionable frames, changeable lenses, and decent audio, the only thing missing with the Razer Anzu Smart Glasses is the bass.

Ron Burke is the Editor in Chief for Gaming Trend. Currently living in Fort Worth, Texas, Ron is an old-school gamer who enjoys CRPGs, action/adventure, platformers, music games, and has recently gotten into tabletop gaming. Ron is also a fourth degree black belt, with a Master's rank in Matsumura Seito Shōrin-ryū, Moo Duk Kwan Tang Soo Do, Universal Tang Soo Do Alliance, and International Tang Soo Do Federation. He also holds ranks in several other styles in his search to be a well-rounded fighter. Ron has been married to Gaming Trend Editor, Laura Burke, for 21 years. They have three dogs - Pazuzu (Irish Terrier), Atë, and Calliope (both Australian Kelpie/Pit Bull mixes).
Related Articles: Hardware, Razer Anzu Smart Glasses
Share
Tweet
Share
Submit