You are a young woman, wielding a sword in the middle of the woods. For some reason, you can’t lift the sword or jump, so you’re left dragging it along the ground as you walk. Lucky for you, you can morph into a fairy for short periods of time and recall the sword to you with the press of a button. It’s best described as being similar to how Thor calls Mjolnir and it strikes anything in its path. Using this power, you’ll traverse through the land and do your best to survive. This unusual combat/traversal mechanic mixed with a vague yet interesting story does a great job at keeping you engaged in this side-scrolling action metroidvania game.

As previously mentioned, you have to morph into your fairy form in order to not only get off the ground, but attack enemies. When you transform, a yellow circular meter appears and drains; when it empties, you become human again. You can also hit the transform button again if you want to change back early. The yellow meter won’t refill until you’ve landed on a surface, but once you have, it refills immediately. You also can’t transform again until you’ve reclaimed your sword. This means that you need to be careful and watch the meter in order to avoid death. The best example of that is when you’re flying over gaps or deadly spikes. In order to effectively fight as the fairy, you need to get your targets in-between you and the sword before calling it back. Killing enemies is another way to instantly refill the meter, which is actually crucial during some sections later in the game. 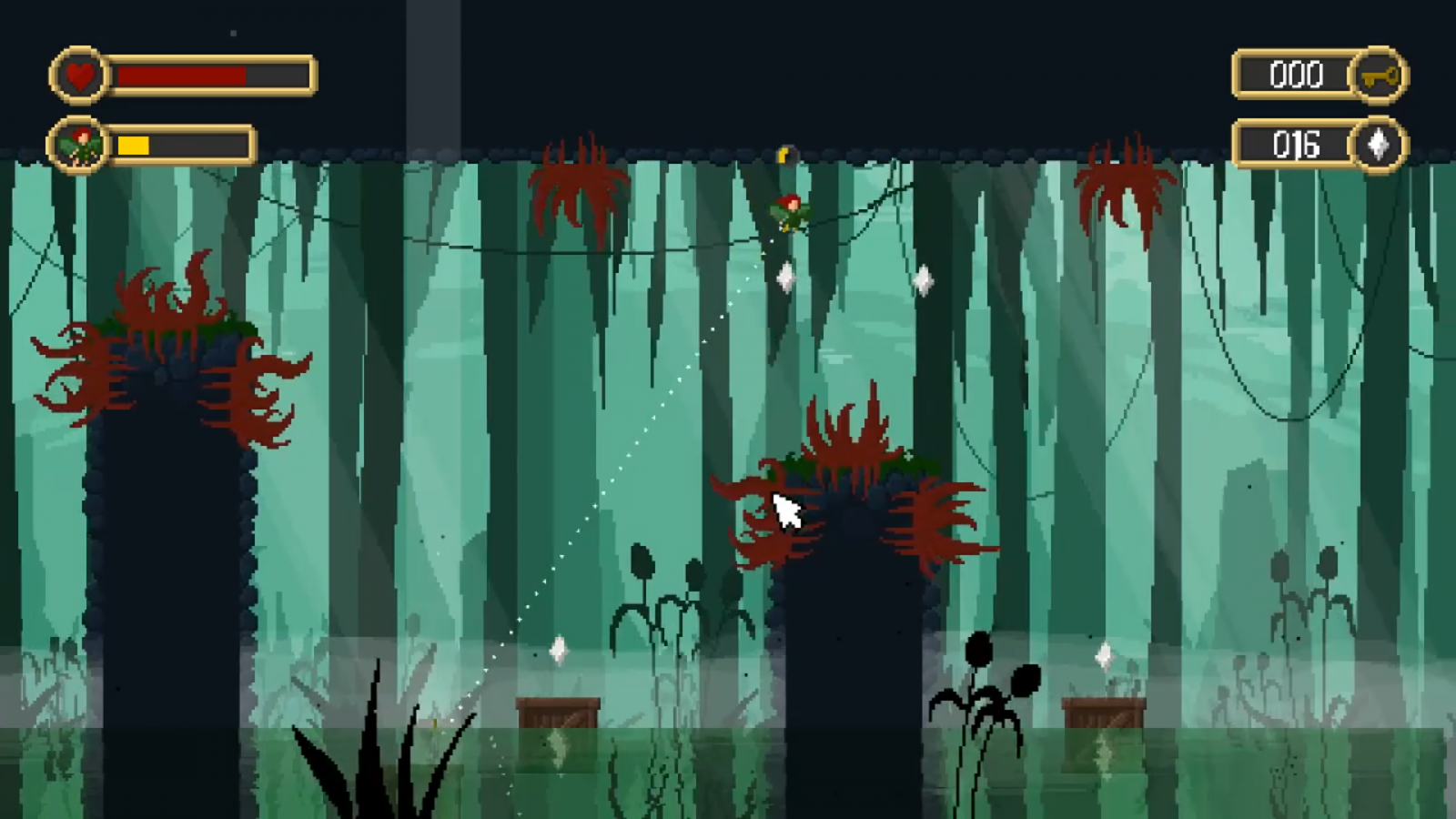 Now, the game could get boring and repetitive if you only had one form to transform into, so thankfully you’ll have access to more. As you progress, you can find bosses that grant you a new power after you’ve defeated them. To name a few, you have a spider queen that grants you a spider form that fires a web with your sword attached to it (which you can climb and swing from) , an eagle that lets you soar through the air, and a golem that lets you turn into stone in order to smash through obstacles. Each of the forms you earn have their uses, but some are better than others in my opinion. I used the fairy, spider, and stone forms the most. The fairy form is the best and easiest way to move around, while the spider is great at long range attacks and the stone charge is good for close range defending.

The levels themselves have some nice variety to them. Each location has its own maze-like layout that you must blindly make your way through. If you happen to find a cartographer in one of the rooms, you’ll obtain a map that you can pull up at any time. The annoying thing is that I didn’t see an arrow or dot to signify where I was on the map. Some rooms have symbols over them on the map so they can be identified by finding rocks with the corresponding symbols on them in the actual room. These, along with the layout of the rooms, are the only ways to figure out where you are and what direction you should be going. Each location has locked doors that you need keys to unlock, but thankfully the maps tend to have rooms with keys outlined in gold. It took me a bit to figure that out, so I was stuck for a bit near the beginning. Once I discovered that aspect, I made some incredible progress. 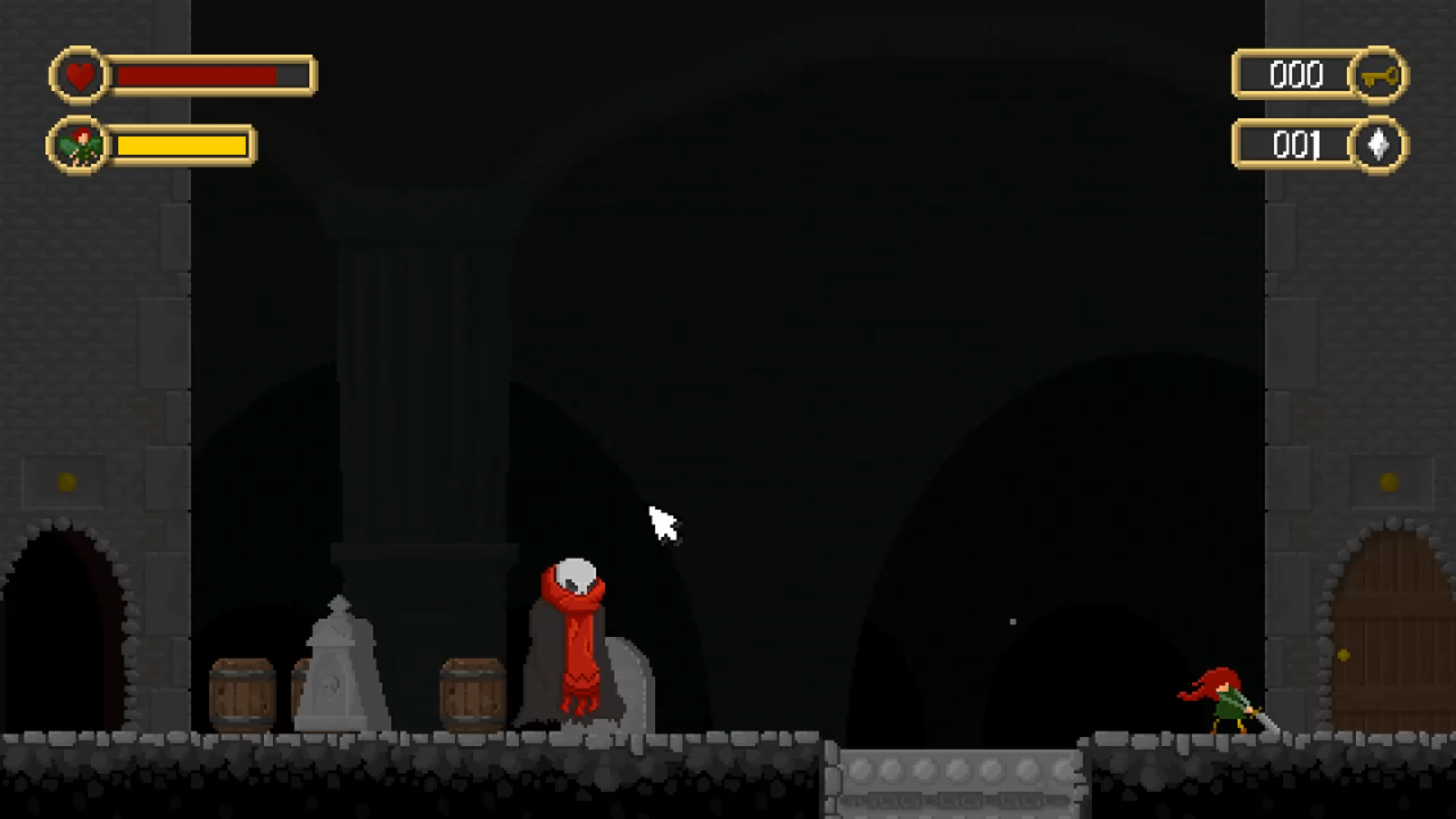 On the subject of keys, the boss rooms require the master key. There’s no way to distinguish where to find it other than the regular key method, but that wasn’t really a problem. The levels themselves have a decent checkpoint system that never felt unfair. Checkpoints are stone pillars that have a flame light up within them once activated. If you die from an enemy, stage hazard, or boss, you respawn at your last checkpoint. There are no lives, so the only penalty is losing the diamonds that you’ve collected. If you find your death location, you’ll see an ice sculpture of yourself that you can break in order to reclaim your diamonds. These diamonds can be used at shops for buying potions if you desire. Honestly, I never felt that they were necessary, but to each their own. The other bonus to the checkpoints is that they instantly heal you, so they can save your life in a pinch.

The story itself is kind of vague, but from certain events and talking to NPCs you learn that there is a prophecy of you defeating the great beasts in order to save the world. On one hand, it makes sense in the cliche video game plotline kind of way. On the other hand, as some NPCs point out, how is killing great beasts the key to saving the world? After all, they aren’t attacking anyone or doing any obvious damage when you find them. It feels almost like the Shadow of the Colossus, where you’re tasked with defeating creatures that seem to only be defending themselves in their home. From the description of the game, there are apparently paths that you can find that will let you bypass the great beasts and spare them as a result. I wasn’t able to find any of them, although I do remember one boss that I could’ve spared if I hadn’t decided to backtrack in order to find the key to his chamber. Letting the great beasts live supposedly gives you a different ending, and I’m guessing that there’s an ending for sparing them all and one or more others depending on how many you defeat, although I can’t say for sure. Either way, it’s nice that they give you the chance to not go on a killing spree. 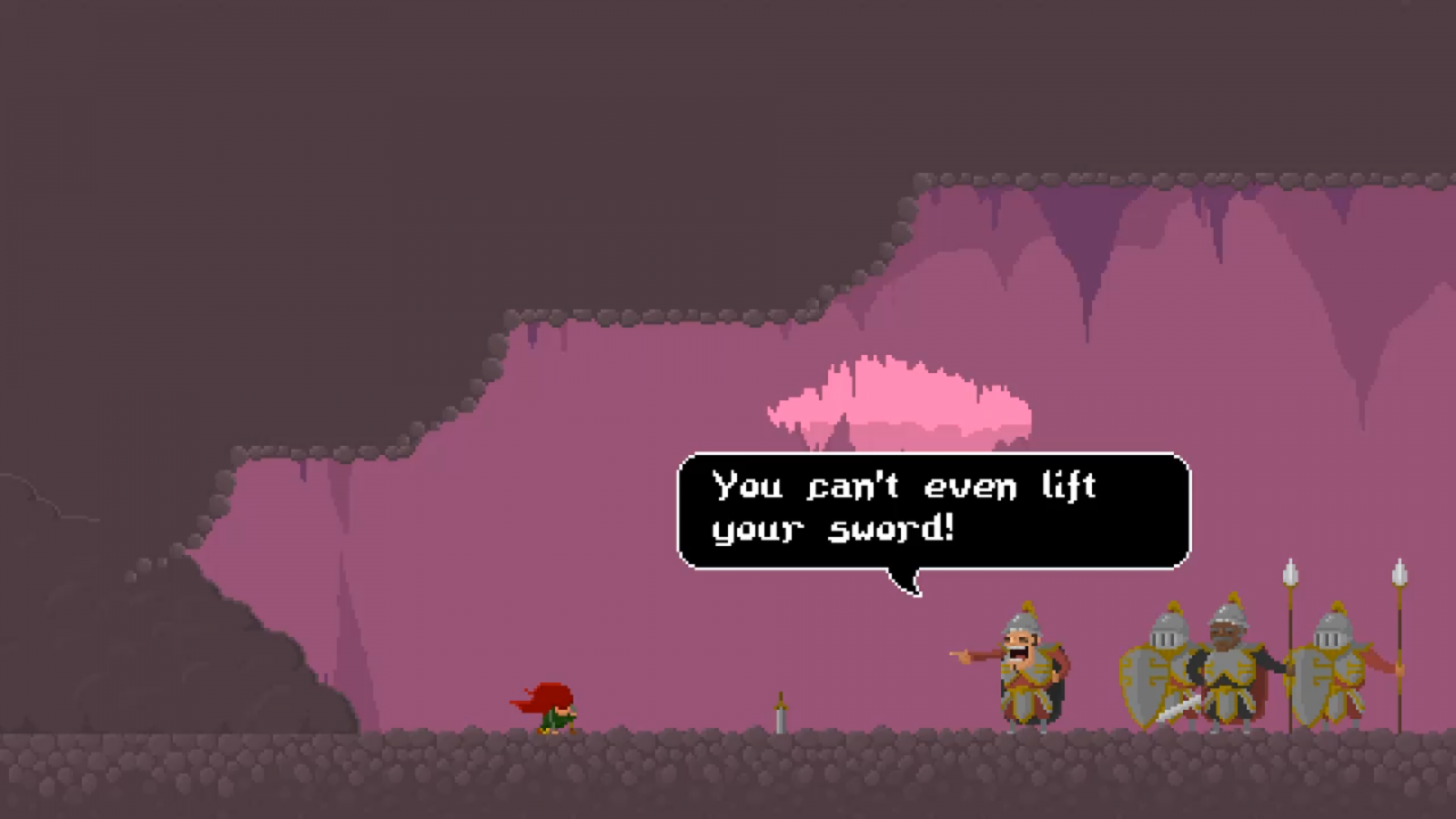 In terms of difficulty, I’d say Mable and the Wood is average. It’s not too tough, especially with infinite lives and forgiving checkpoint placements. The combat takes some getting used to, especially as you learn new transformations, but it’s great once you have it down. The multiple ways to fight and traverse keeps things fresh and lets you show off your skills. The aesthetics of the characters and levels are pixelated, but that creates a lot of the game’s charm. The soundtrack backs this up with an old-school dungeon crawler vibe. If you make some good progress, you’ll likely complete the game in about five hours (that’s how long it took me anyway). That being said, those five hours were a wonderful combination of unique combat mechanics, charming aesthetics, and rewarding gameplay. If you’re ready to head into the woods, drag your sword, and get ready to morph into some fantastical forms.

Mable and the Wood

Mable and the Wood is a side-scrolling metroidvania game with a unique combat/traversal mechanic. The form you start with and ones you unlock are fun to use for the most part. Reading the map can be annoying, but it's possible to interpret. Multiple endings offers more replay value if you're inclined to do so.

Codi loves to play video games and watch movies. He will watch almost any kind of movie just to experience them. His ideas take inspiration from the shows and movies he watches, and games he plays. He also loves a good pun.
Related Articles: Mable and the Wood
Share
Tweet
Share
Submit