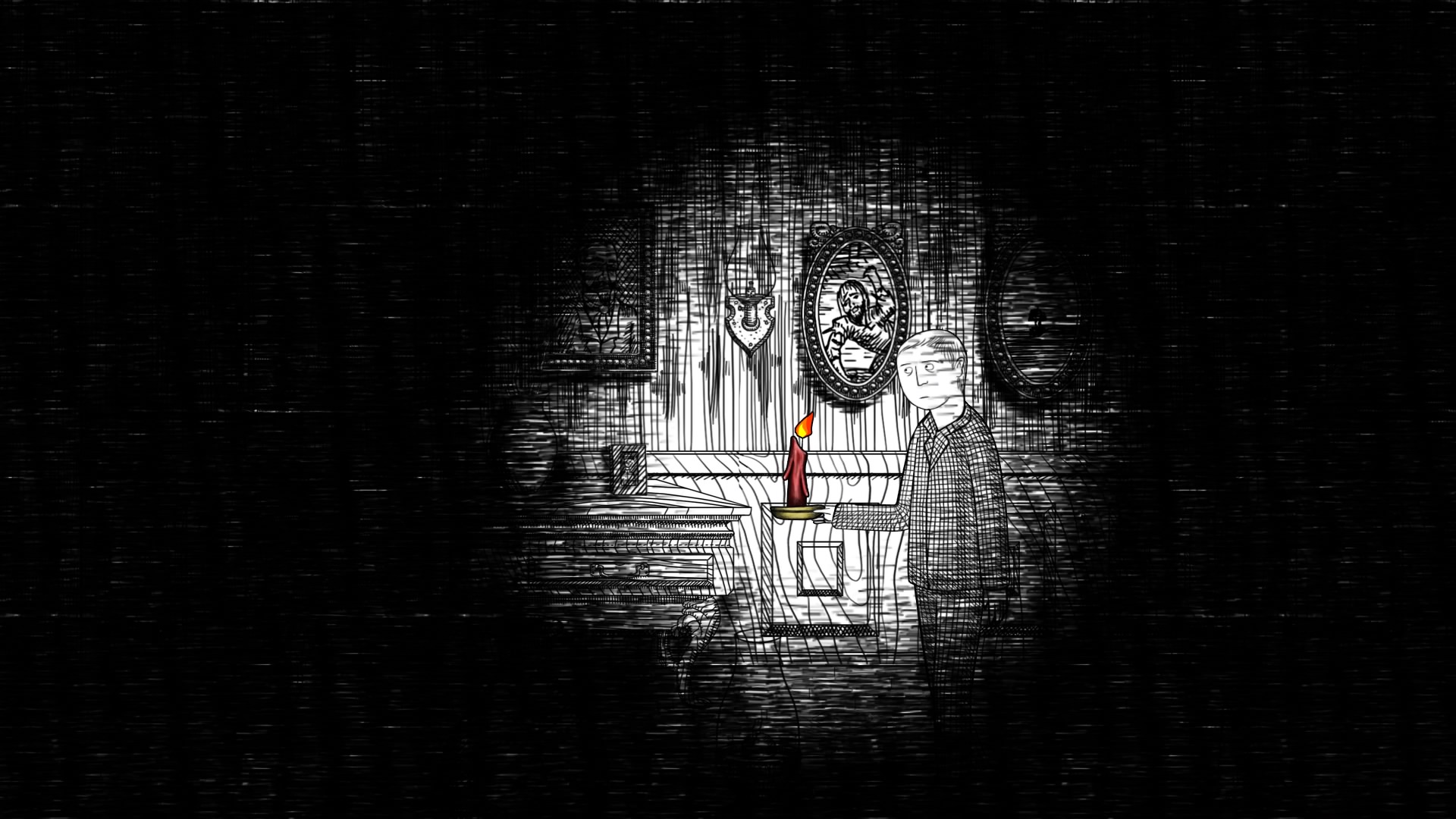 Neverending Nightmares is a troubling journey through one man’s own personal Hell, but it’s a journey that may not be worth taking.

Telling an intimate story of the game creator’s own struggles with depression and obsessive-compulsive disorder, Neverending Nightmares is full of violent, disturbing imagery and great sound design that, at times, can make for very scary moments. But the game’s quick descent into monotony and slow-pace ultimately makes it a slog to get through.

The game centers around Thomas, who finds himself in a series of ever-worsening nightmares. Every time he wakes in a new dream, Thomas wanders around his house, an asylum or the woods trying to find his way back into reality. But these halls are filled with their own nightmares, as Thomas faces personifications of his mental illnesses such as sights of his own corpse, shadow people and deadly monsters that must be avoided.

It’s a personal story that is troubling to imagine as a real depiction of the creator’s issues with mental illnesses. As his cyclical nightmares continue to get worse, featuring scenes of self-mutilation, murder and suicide, you begin to feel just as trapped in Thomas’ mind as he is. The game’s use of increasingly violent and disturbing imagery is an effective way to communicate the creator’s issues without blatantly explaining them in plain text.

But that being said, the game is extremely short. My playthrough ended just shy of two hours and the ending I was given was abrupt and confusing. I thought I was about half-way through the game by the time I saw the credits roll, and was a little dumbfounded as to the meaning of my ending. There are multiple endings to find in second or third playthroughs, but as for my initial one, I was left unsatisfied after what I believed was an otherwise interesting story.

Wandering is the main gameplay loop of Neverending Nightmares, and not one it necessarily does well. At first, going from room to room feels labyrinthian, like you’re stuck going back and forth and unaware if the rooms are changing or you’re imagining it. It’s scary and unknown, and a good metaphor for obsessive-compulsive behavior. But this loop quickly turns boring as you’re forced to go through the same rooms time and time again, waiting to finally hit the next story beat or jump scare that will get Thomas to wake up in his next nightmare — only to have to do it all over again. This was all made worse by how slow Thomas moves through the levels. His regular pace is glacial, and while there is the ability to sprint — which is slightly quicker than his standard pace — Thomas can’t continue at this quicker pace longer than about 10 seconds before having to stop to catch his breath.

That’s not to say it’s all bad. Neverending Nightmares’ sound design is terrific. The music is eerie and dissonant, building on the game’s sense of dread as you walk from room to room. Atmospheric sounds such as whispers from a dark hallway, medical drills whirring in an asylum or the sounds of a woman crying (which I found coming from the PlayStation 4 controller) add layers of tension that can make taking the next step all the more difficult as you wonder what may be waiting for you. And occasionally the sound turns to downright terrifying. One moment that comes to mind is a scene that shows Thomas ripping a vein from his arm. His accompanying scream was so disturbing and loud I immediately felt my heart in my throat and considered turning the game off.

Neverending Nightmares’ simple, hand-drawn art style also works great for the game and the story it is trying to tell. As Thomas’ nightmares get worse, the art style gets more sporadic and it can be harder to see items in the world. Bright red bloodstains juxtaposed against an otherwise black-and-white world are immediately noticeable, catching your eyes. The game is also gruesome at times, showing visceral animations of Thomas being murdered or making you come across a pile of mutilated corpses stacked higher than Thomas is tall. Scenes such as those never lose their shock-factor, and as his dreams get worse, so do the horrors the player has to look at.

Neverending Nightmares is a very personal look at what it’s like to feel trapped by mental illnesses, a look that is gruesome and scary. Though the game excels with great sound and art design, creating truly scary moments, its boring gameplay loop makes it a hard to sit through.