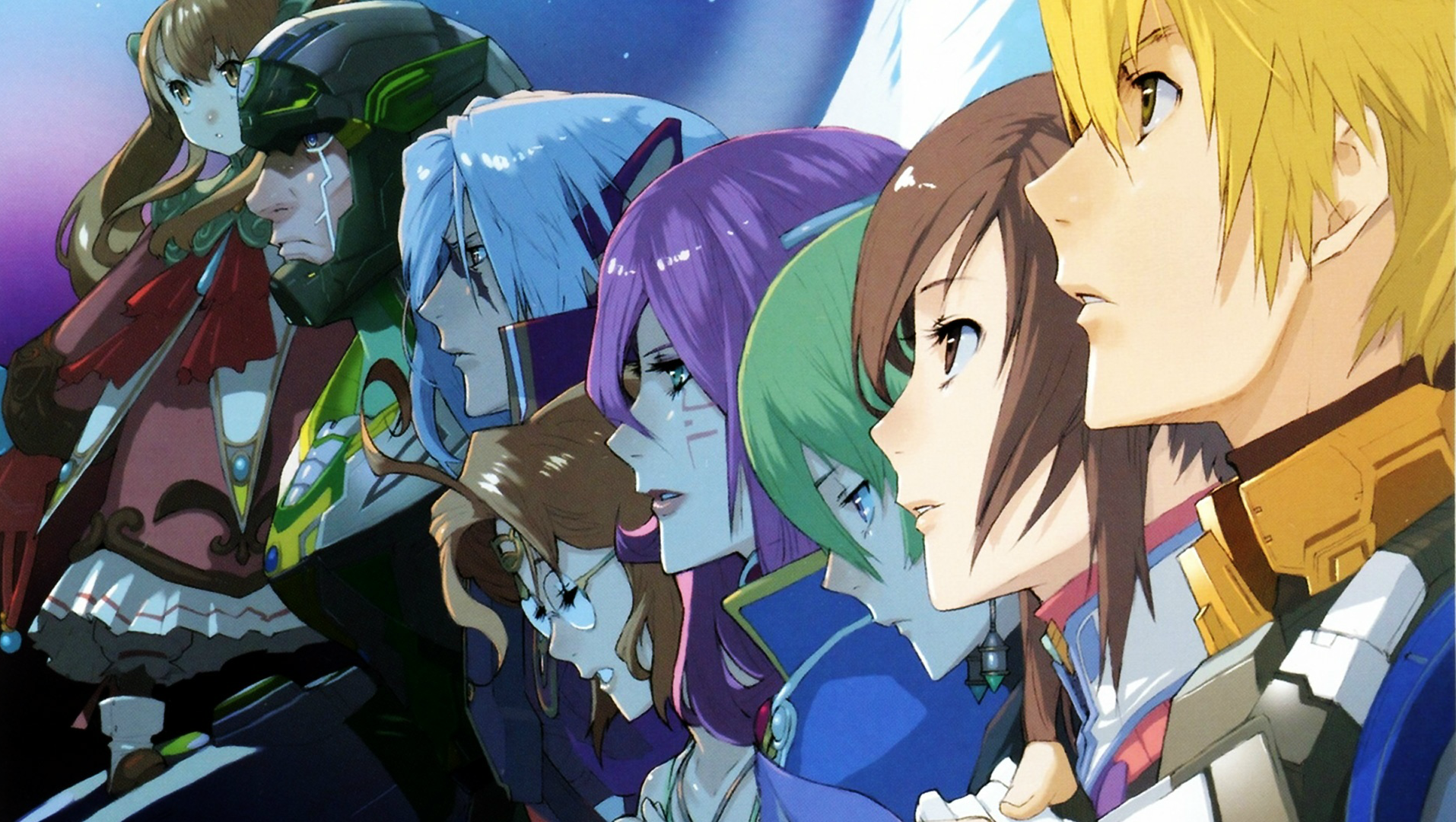 I remember the first time I heard about Star Ocean: The Last Hope. I looked at the cover and the logo, blocky and modern, and realized why I had so easily missed the game the first time around. Gone were any easily identifiable cues from the prior release, and Xbox exclusivity meant obscurity was all but sealed. That’s a shame, because the game is a shining gem that has now been polished, cut, and restored to pristine quality with this HD and 4K remastering.

Unlike other HD remasters, Star Ocean: The Last Hope is fully upscaled, and shows itself as a modern interpretation of the past, rather than a mask placed on a relic. The game has a sense of both classic and modern gameplay elements, and despite a rather bland battle system there is a lot to enjoy and explore across a vast sky of stars.

The Last Hope begins with catastrophe as the ship you and the rest of the crew are flying on plummets to an alien planet and is left useless. As you search for something that could possibly help, you come across an alien who aids you in battle. When you return to your ship, you find the aliens have built a sprawling home base out of supposed prefabricated plug-and-stack materials. When will you get to leave this place? Who are these beings, and how are they so infrastructurally advanced?

The lead character, Edge Maverick, has the worst name in the entire history of gaming. He isn’t much for charisma either, but his presence is bolstered by characters and story that are well written and there is a depth to their interactions and the overall tale.

It is a good thing too, because The Last Hope isn’t ever going to win awards for being action packed. The world exploration is slow and methodical, and the maps you traverse are vast and get larger as the game progresses. You’ll spend a lot of time grinding due to a stingy leveling system and a bonus system that gives you better and better buffs based on consecutive fights engaged and won.

The world also has a number of resource spots, and you need a character capable of the action needed, be it gathering or mining, to extract whatever materials are inside. The materials are used in an item creation mode where you can make pretty much any item in the game. This lends to a lot of fun goal setting, but the grinding gets longer and more thick, and you’ll also find yourself backtracking over and over again or the same mining spot.

The battle system is active, but again there is an element of slow methodicalism that gives the battles a sort of fighting game feel. You complete combos and timing is everything, with poorly timed strikes doing nothing but flailing. Unlike the world exploration, which is bolstered by some of the delaying aspects present, the battle system just falls very flat and will bore you more times than not. Even the boss battles are button mash-o-ramas that go on far too long.

Despite the warts, Star Ocean: The Last Hope has a lot of fun to offer and plays very smoothly. There are some camera issues in tight corridors, but besides that navigation and exploration are fun and very fluid. The game plays like a great RPG should and doesn’t show age like you’d expect with a remaster. That quality is doubled with the beautiful job done remastering the game.

The game is upscaled in all aspects, and this provides us with beautiful cutscenes, vivid gameplay animations, and a world that is lush and full of detail. I’ve seen other games leave rigid reminders of the era it came from underneath the new detailed “masks” of sorts, and this does not have that present in any part of the game that I have seen.

This all on top of the fact that this game already could boast beautiful graphics and great character and world design in its original form. I especially love the futuristic look and feel of ships and the bases. The soundtrack, composed by long time Star Ocean composer Motoi Sakuraba, is glorious and sweeping, one that could easily be listened to stand alone. The music is probably the best part of the entire game, it’s presence driving the action and filling the atmosphere perfectly.

Star Ocean: The Last Hope HD and 4K Remaster is a beautifully rebuilt hidden JRPG gem from prior era of gaming. The game plays slow, and that drags the action down during battles, but adds depth and purpose to the world exploration. The upscaling is thorough and very well accomplished, and with a high quality soundtrack to accompany you, Star Ocean: The Last Hope is bound to provide hours of quality fun.

Patrick Rost has been with Gaming Trend since 2013. At first focused on sports coverage, Patrick has gone on to cover a wide range of games and other products for the website. Outside of Gaming Trend, Patrick writes and records music, grinds perpetually in Elder Scrolls Online (PS4), and lives day to day with his two dogs, Bob and Stella.
Related Articles: Star Ocean: The Last Hope 4K and Full HD Remaster
Share
Tweet
Share
Submit