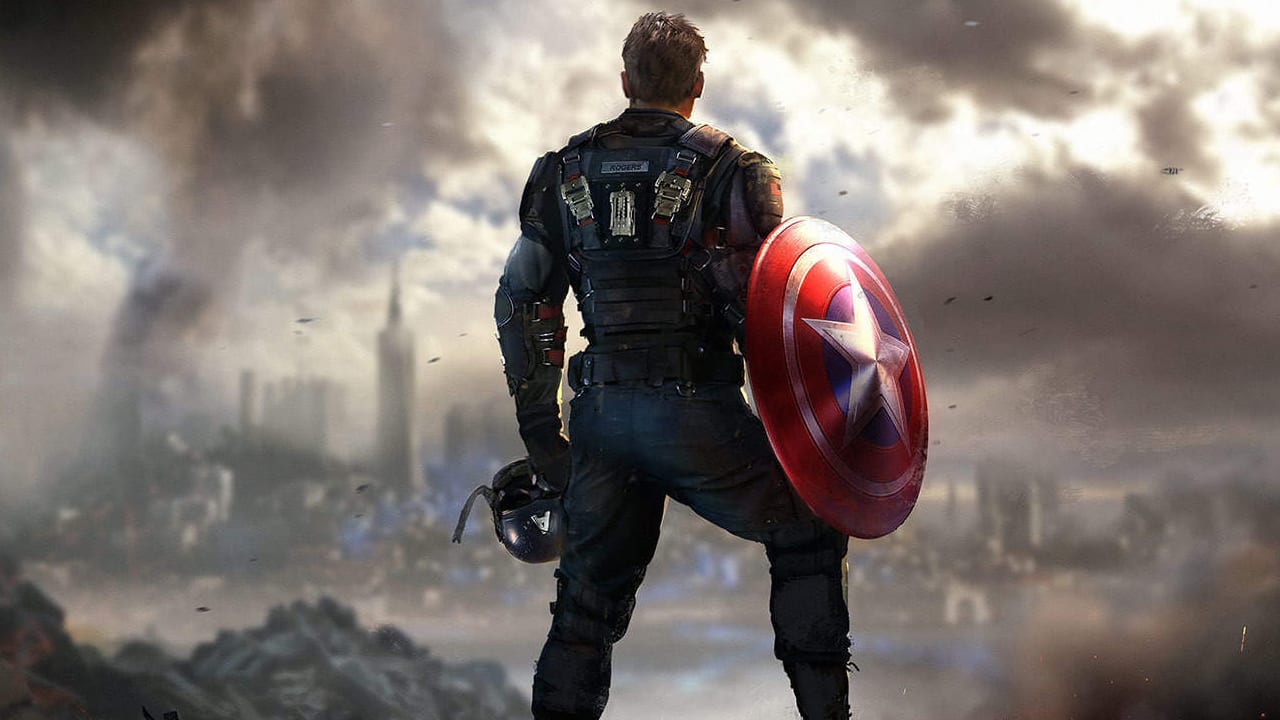 With over 80 years of history to draw from, you know that Marvel’s Avengers wasn’t going to suffer from a lack of inspiration. The team at Titan Books has teamed up with Crystal Dynamics to tell the story behind the story with their new book, Marvel’s Avengers: The Art of the Game. Let’s crack this open, true believers, and see what’s inside.

At the helm is serial art book author Paul Davies. You can see his work on Marvel’s Spider-Man: The Art of the Game, Shadow of the Tomb Raider: The Official Art Book, and Tales from the Sea of Thieves. He has also teamed up for Titan on art books for Assassin’s Creed Origins, Horizon Zero Dawn, the Deus Ex Universe, Tom Clancy’s The Division, and many, many more.

The forward for the book is penned by Bill Rosemann (VP & Head of Creative, Marvel Studios), Noah Hughes (Studio Creative Director, Crystal Dynamics), and Bren Adams (Art Director, Crystal Dynamics), followed by an introduction (and ongoing narrative) from Paul Davies. It’s great to hear the perspective from Rosemann on the impact of Marvel and the challenges of bringing the world’s mightiest heroes to life when we’ve all had the actors behind them seared into our heads for all time. It’s great to then hear how the team accepted this challenge and embraced it as the opportunity to build something that delivers the power fantasy where flawed superheroes have to once again come together to save the world.

At 192 pages, this hardback book is split into eight chapters, covering everything from the primary antagonist organization, AIM, to the freeform War Zones missions that serve as endgame content for the title. Before all of this, however, we get to see a whole lot of iterations on the artwork that would ultimately become A-Day. A-Day is an expo of sorts, letting a select group of people go to a S.H.I.E.L.D. Helicarrier for an opportunity to celebrate all things Avengers. Merch stores, demonstrations, games of skill and chance, and a chance to possibly meet your favorite superheroes are the main attractions. A-Day also serves as the central thrust of how the Avengers failed to save the day, ultimately causing the team to break up until a young Kamala Khan sought them out and helped reunite them. Artist Jeff Adams lays out a spread that shows the central beats of how Kamala’s day aboard the carrier Chimera plays out. Having played the mission myself, I can almost hear the voice work matching up with these sketched scenes.

Chapter two of the book introduces the benevolent helpers turned malevolent baddies, AIM. AIM gets the least amount of love in this book — just eight pages. Likely to keep the book spoiler-free, these few pages just give you a hint of the sorts of foes you’ll face in the field. I do find it interesting just how much Brenoch’s rendition of George Tarleton resembles actor Burn Gorman — it’s almost like he had somebody in mind when he was designing this character’s look.

The fourth chapter of the book covers the deserted Helicarrier, and a brief look at one of the earliest reference looks for Bruce Banner and his transformation into the Hulk. These hem directly into the story as told in the game, with Brandon Russel’s haggard Hulk render conveying a battered and bruised hero turned hermit. Once again, Jeff Adams delivers a fantastic spread of panels that so clearly convey the central beats of the first interaction between Hulk and Kamala. This chapter also covers Hulk’s only natural enemy in the game (other than overzealous lasers, but that’s a different problem) — Abomination. While we don’t see Emil Blonsky (Abomination’s human form) in the game, we do get to see him here, which is a cool bonus. Chapter four also covers Tony Stark, his home-away-from-home, and Jarvis, as well as the Helicarrier and Quinjet. Each of these sections gives us a glimpse of small details that we might have missed as we flew around at breakneck speed, such as the detritus littered about Golden Acres, or the subtle nod to Tony’s extended family.

Chapter five of the book covers some spoiler territory with fresh characters and a scenario I wouldn’t want to ruin for you. Similarly, chapters 6 and 7 cover some major reveals. Page 162 marks the midpoint of this chapter and one of the best looks at the various costumes of one Ms. Kamala Khan as she becomes Captain Marvel. All too brief, once you get through Kamala’s section you are right back into deep spoiler territory that leads up to the final fight of the game — tread very carefully.

Chapter eight closes out the book talking about War Zones. These missions are the ongoing “live service” portion of the game, allowing the Crystal Dynamics team to introduce new elements and story beats, as well as characters and loot. This chapter gives us a brief glimpse of some of the ideas for possible biomes, story locations, and fresh narrative opportunities for multiplayer.

One of my favorite parts of this book is a fresh addition to the overall Titan Books formula — the addition of artist names. Anywhere you see a piece of artwork for the game, you’ll also see a quick reference to tell which talented artist brought it to life. It’s awesome to be able to say “I think Brenoch Adams delivers the best non-Chris Evans rendition of Captain America, and I wish we saw this more serious and obviously battle-worn version in the game” instead of just vaguely saying that “the art team”. Similarly, the level of detail and specificity of function in Michael Baytion’s deep dive on the Hulk Buster goes well beyond anything brought to life in the films. These people are incredibly talented, so I want to make sure I’m giving credit where credit is due. On that note, credit to Titan Books for this inclusion — please keep doing this!

If I had one area where I could be critical, it’d be the War Zone section. War Zones are such a massive part of the ongoing longevity of the game as a live service, so I would have expected the team to lean into this section pretty hard. Instead, this chapter is very short and somewhat vague. I’d have liked to have seen at least a glimpse into where Crystal Dynamics is taking us in the future. If nothing else, Clint and Kate are both known — they could have thrown us a bone for that character update.

Marvel's Avengers: The Art of the Game

At 192 pages, this hardback is a fantastic peek behind the curtain in the development of Marvel’s Avengers. Crystal Dynamics and Titan Books give us some fantastic concept art, layouts, and final CGI to enjoy, including some alternate looks that would have been awesome to see in motion. Watch for spoilers (even on the book cover!), but enjoy the fantastic artwork and finally getting to tie names to their work.

Ron Burke is the Editor in Chief for Gaming Trend. Currently living in Fort Worth, Texas, Ron is an old-school gamer who enjoys CRPGs, action/adventure, platformers, music games, and has recently gotten into tabletop gaming. Ron is also a fourth degree black belt, with a Master's rank in Matsumura Seito Shōrin-ryū, Moo Duk Kwan Tang Soo Do, Universal Tang Soo Do Alliance, and International Tang Soo Do Federation. He also holds ranks in several other styles in his search to be a well-rounded fighter. Ron has been married to Gaming Trend Editor, Laura Burke, for 21 years. They have three dogs - Pazuzu (Irish Terrier), Atë, and Calliope (both Australian Kelpie/Pit Bull mixes).
Related Articles: Marvel's Avengers: The Art of the Game
Share
Tweet
Share
Submit