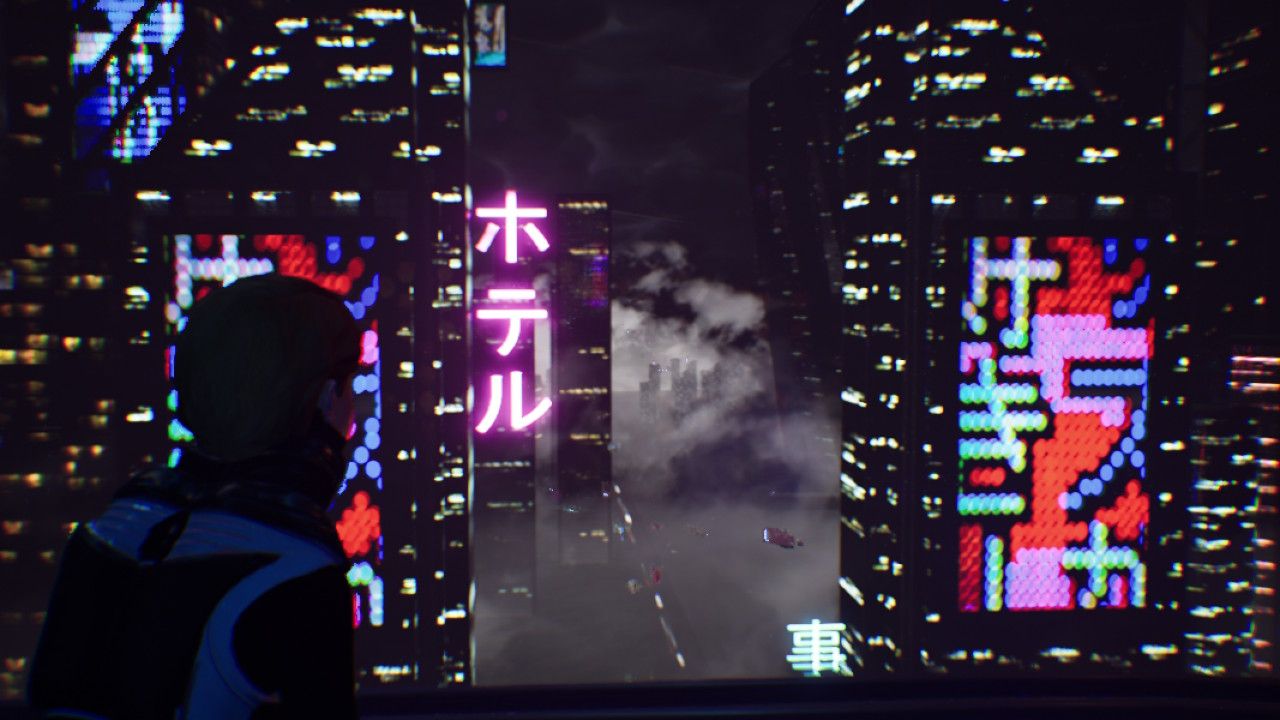 Ever wanted to play 2001: A Space Odyssey, but instead of a mystifying story that compels you to keep watching until the end, you’re just confused and disappointed the whole way through? That was my experience playing ELEA: Paradigm Shift, developed by Kyodai Ltd and published by Soedesco. It’s a pretty game that begins with an interesting setup but leaves you wondering why on earth it was released in its current state.

You play as River Elea Catherine Jones, a scientist who operates in space in a time when colonisation of galaxies is possible. Elea finds out that her husband, Ethan, hasn’t returned from his interstellar voyage, and she wants to know why. Called a dissident by her crew, Elea takes it upon herself to do what others cannot, and that is to get her husband back to safety. 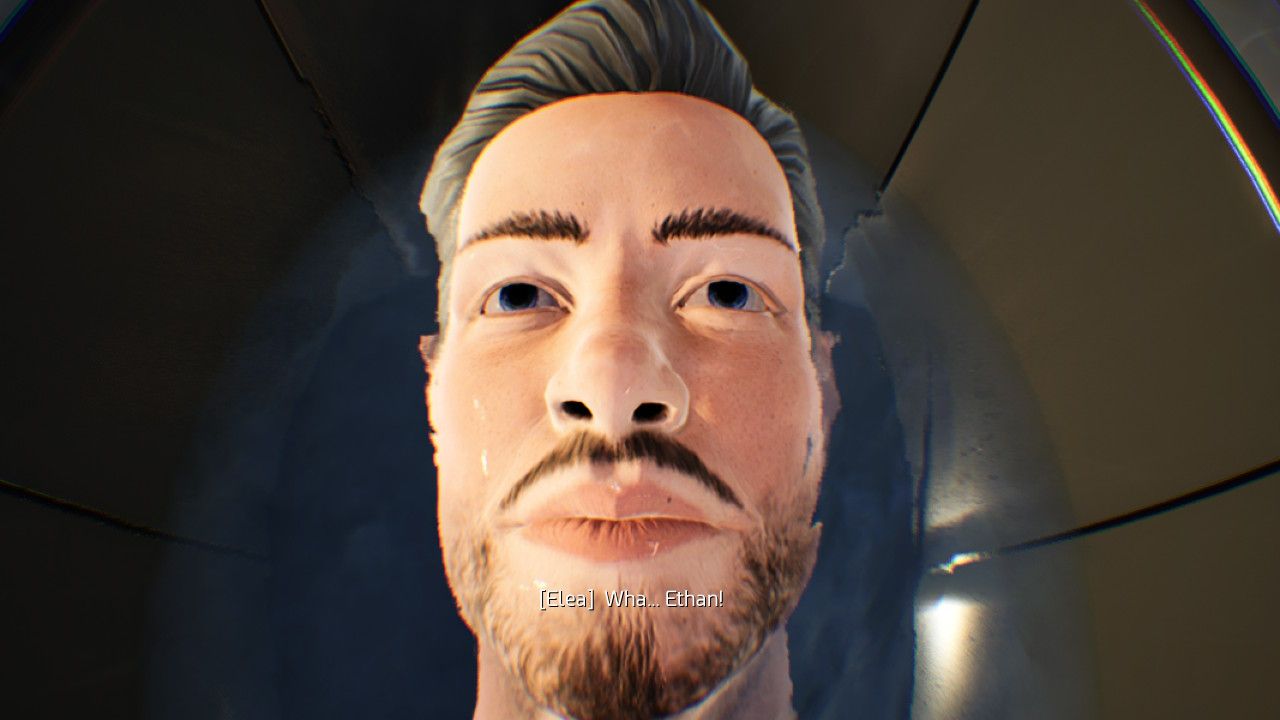 Seems like a simple premise, right? Well, it is. You first begin the title seeing that Elea has chosen to undergo a memory-altering procedure, which sets up the initial portion of the story. Elea is sitting at home, speaking to her husband, when the power cuts out and the house goes completely dark. As you fumble your way through the house to find the utility box, a strange humanoid object appears in front of her. Weird, yet she continues forth. After completing a stock standard errand and witnessing an insane in-house light show, you’ll then awaken in a strange chamber overlooking a body of water. Even more weird stuff here: your husband’s head is in a container floating in the water, some strange orb in the center of the room distorts and warps space around you, and a huge whale breaches out of the water to surprise you. Confused? Well, you should be.

Turns out, these are all memories that you’re experiencing, albeit at least one has drastically malfunctioned (hint: it’s the second one). Upon that revelation, you awaken in a chair and experience the second portion of the game; aboard a spacecraft with your crew. That’s the strange introductory sequence completed.

The gameplay has huge problems right off the bat. The most glaring of issues is that it feels mostly like a walking simulator. Even worse than that, she’s so incredibly slow that I can barely call it walking. I get it at the start; she’s pregnant, and she’s struggling to walk around. But once you’re out of that memory, and she’s no longer pregnant, her walking speed is still that of an 80-year-old grandma. If she takes a phone call, it’s like someone has tied her legs together and she can move at a shuffling pace. She has the option to run, but that’s sometimes only when the game feels like you should have control of the character. Most of the time you’ll get an on-screen notification saying “You can’t run here” and you’re stuck at pregnant lady/grandma speed. 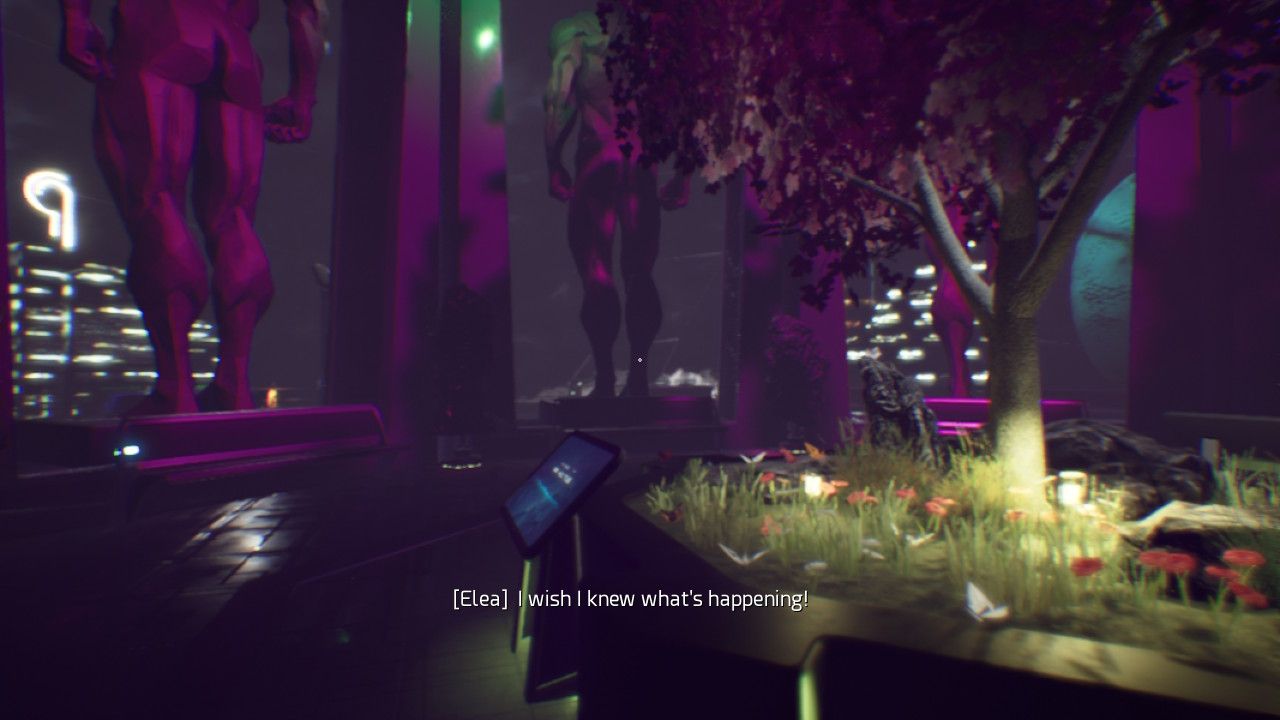 In terms of visuals, it’s as if they took it out of the oven half-baked and sent it away to the customer. The edges of objects are so blurry, even in docked mode (I’d attribute it to terrible resolution scaling), and the bright, flashy lights can nearly give you a headache. Not only that but with the number of light sources in the game, it’s still dark (I had to max out the brightness to see where I was going most of the time). And I know these characters aren’t poor and are trying to save money on electricity because that futuristic apartment was the prettiest home I’d ever seen in a sci-fi video game.

Look, the game is weird, I think as a reader you can already see that. There’s a lot of times when I would experience a problem and think “wait, is this a glitch or a design choice?”. I don’t know if they’re channelling their inner-Bethesda, but this game has some issues. Take, for example, the introductory sequence. After making my way up the elevator and onto the platform where I bear witness to a giant whale that breaches out of the water, a platform forms out of nowhere and attaches itself to the one I’m standing out. So I do what any normal player would do; I take a step onto it. Except, instead of walking on it, I’ve fallen down and into the center of the world. The level eventually disappears, and all I can see is the skybox. Elea doesn’t make any mention of her current predicament either. And what leads me to believe this is a glitch is that I can read subtitles of an exchange between her and an entity named Kaz (she doesn’t seem the slightest bit fazed of her reaching terminal velocity), and yet I can only hear Elea’s dialogue.

There are also some other sound and framerate issues. Firstly, the sound. It’s most apparent at the beginning of the game, where there’s a huge storm raging outside her home. When Elea is walking, the audio (namely the sound of the storm) cuts out regularly. Yet, when she’s still, the audio is normal. In terms of the framerate, it nosedives pretty dang frequently. Even with extreme resolution scaling, the game struggles in large places, or when I enter a brand new area. It’s even more strange that this occurs when there’s a significant amount of loading zones littered through the game as you enter a different cluster; it’s not like the game didn’t have an opportunity to load those areas to prevent FPS issues.

I’ll touch on some other issues, though I won’t go into as much depth with them. The controls are pretty janky. There’s a dead zone up until a very specific point, and then you’ll start to look around at lightspeed. Also, there were numerous times where I saw Elea standing off to the side when in the first-person perspective she’s meant to be operating an object. For example, this is apparent when operating the desktop in the study, and the camera shifts to Elea’s smart wristband charger and you can see her just off to the side of the screen.

I find the best way to describe this game is to compare it to my opinions on abstract art; it’s strange, confusing, and I wonder whether or not it should have been made in the first place. The setup in the house showed potential and was very immersive, but if it didn’t try and make me feel like I was on an LSD trip every few seconds then I’d definitely have liked it more.

I expected ELEA: Paradigm Shift to at least be an interesting and artistic game for the Nintendo Switch. As it turns out, it’s no way near that level. Not only that, but it’s plagued with problems in its controls, its visuals, and its gameplay. Though the beginning of the game showed promise, I was left with a resounding feeling of disappointment.

With a deep interest in writing, Ben followed that into a Journalism degree. As an avid lover for gaming, he is constantly expanding his library with console, PC, and VR games. He's obsessed with stealth games and loves hunting down the smallest of details inserted by devs.
Related Articles: ELEA: Paradigm Shift
Share
Tweet
Share
Submit