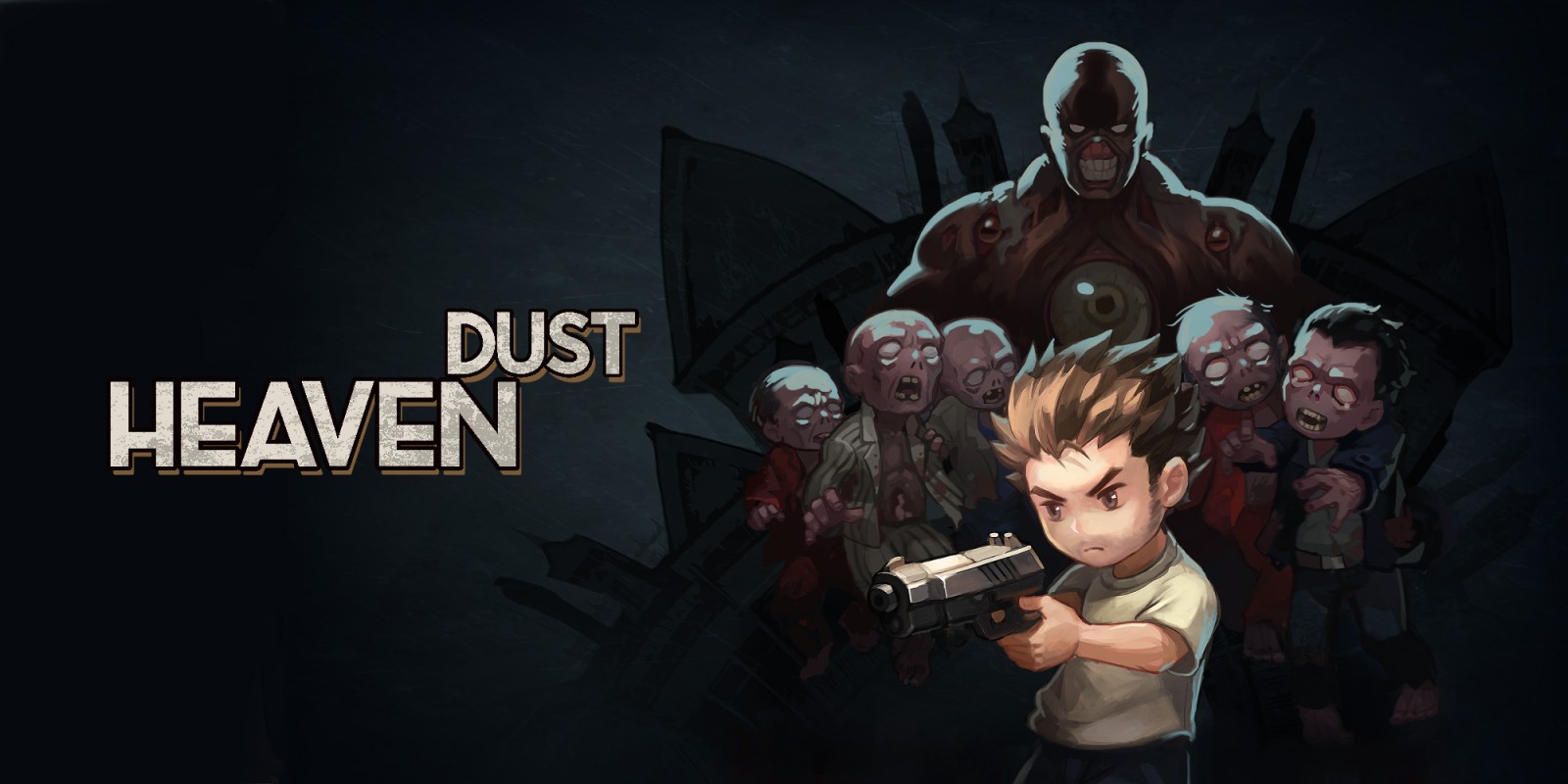 Can you believe that it has been twenty-five years since the birth of the Resident Evil franchise? I say that as if I was one of the many to experience the original release of Resident Evil, but that would have been impossible since I was only a year old at the time. Nevertheless, the fact that this blockbuster franchise has existed for a quarter of a century has not caused it to fade away. In fact, the upcoming Resident Evil: Village (set to release on May 7) has been one of the most hotly anticipated titles for the year. If you, like many others, are counting down the minutes until you can dive into this latest, spooky adventure, perhaps you would like to whet your horror appetite with Heaven Dust. Then again, perhaps you would not like to do so since the game isn’t that good.

Developed by the interestingly named One Gruel Studio, Heaven Dust is an isometric, puzzle solving, zombie avoiding, survival game that is so inspired by Resident Evil that it almost doesn’t have any ideas of its own.

Tell me if this sounds familiar: wandering around in a mansion filled with zombies, puzzles, and traps while learning more about a secretive organization and their experiments with a mutated virus which has created said zombie outbreak. “Oh come on,” I can hear you hypothetically saying, “that sounds like every zombie story. Not just Resident Evil.” Fair enough. However, you also have an extremely limited inventory of only six slots which means you have to carefully juggle items on your person and items that you store within the inventory boxes that are found in safe rooms. Ammo is extremely scarce, it takes roughly eight million bullets to stop a single zombie, and you can only shoot when your character is holding completely still. Oh, and if you want to heal yourself you have green herbs, red herbs, and the ability to combine the two into a super potent powder. Now you should be thinking, “…yeah, that sounds a lot like Resident Evil.” The studio hath forgotten the rules against plagiarism, methinks. 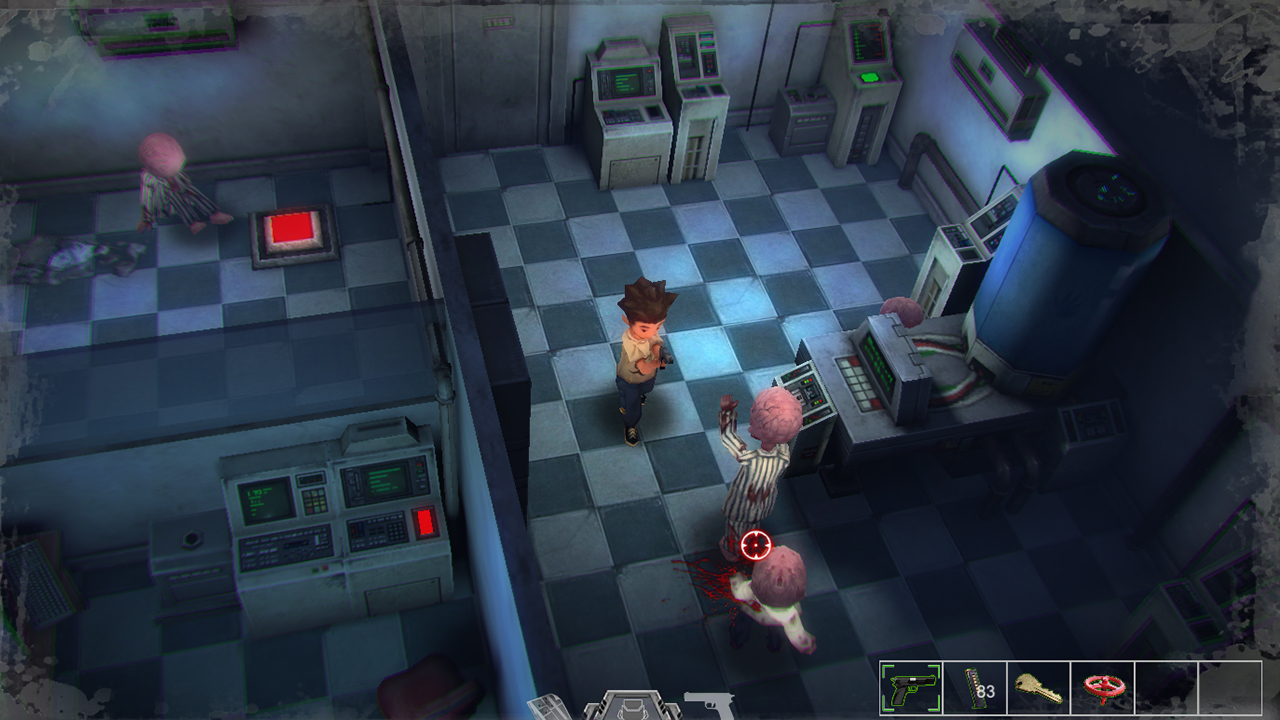 “Now, wait a second,” you Resident Evil fans might be thinking, “I like Resident Evil, so more of what I like is a good thing, right?” One would think so, yes, but one does not buy a shoddy, homemade chicken sandwich from a strange person on the side of the road when one is a short drive away from a Chick-fil-A. Sure, the shoddy sandwich is significantly cheaper, but the shoddy sandwich isn’t nearly as satisfying. Maneuvering around zombies in order to conserve ammunition never truly feels like an option. Killing them, on the other hand, feels just as disappointing since it requires almost zero effort due to the game’s auto-aiming system. Not to mention the game’s weaponry packs about as much punch as an armless boxer.

When you aren’t struggling to enjoy the zombies in this zombie game, the rest of the experience entails solving a series of puzzles. These are easily the best part of the game, but they can be frustrating also. They’re constantly bouncing between insultingly easy or bizarrely obtuse. There are a few clever ones thrown in, however. I like the portions of the game that require you to use the same tool to open and operate different parts of the map. Found a battery? Use it to open a certain gate, but keep that gate in mind when you have to come back for the same battery to operate a different gate. It helps a great deal in familiarizing you with the giant puzzle box of a map which is crucial for a pretty neat ending that won’t be spoiled in this review. 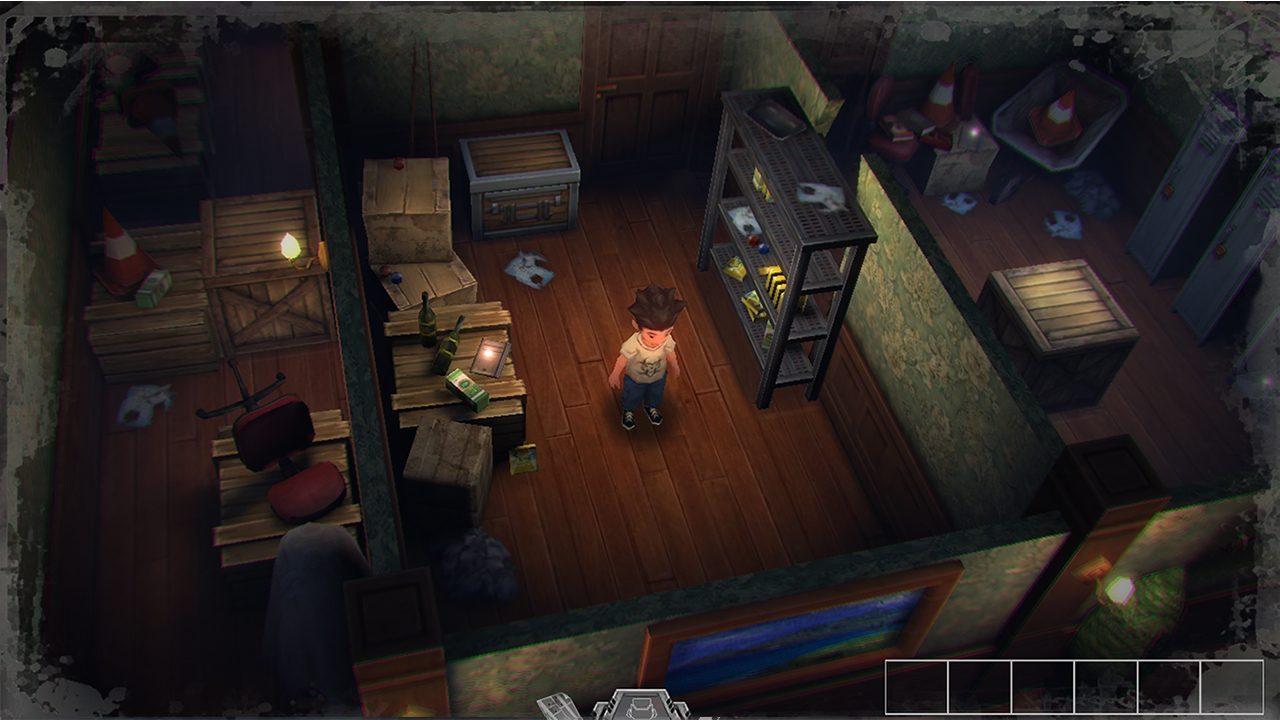 Despite some okay puzzles, Heaven Dust offers an incredibly flat experience. Atmosphere is practically nonexistent, animations are extremely rough, and the art style feels like Resident Evil Fisher-Price edition. Yet none of these come anywhere close to how awful the game’s sound design is. Well, one part of the sound design specifically: each footstep your character takes is the exact same sound. Every. Single. Step. It doesn’t matter what surface you’re walking on, how long you walk, or how much you pray, it is never ending repetition of the same gravel-crunching sound forever. A tell-tale heart ain’t got nothing on this. After only a short amount of time with the game, I had to mute the audio completely before I started ripping up my floorboards.

With the audio silenced and my madness ebbing, I was able to focus on the game’s story and it’s nothing to sing about either. To put it simply, it’s all over the place. To put it not-so-simply, it feels like you’ve jumped into the middle of an eight-week-long D&D session with a group of people that speak a slightly different version of your language. Whatever scrambled pieces of narrative exist are told exclusively through random documents and diary entries scattered about the map. 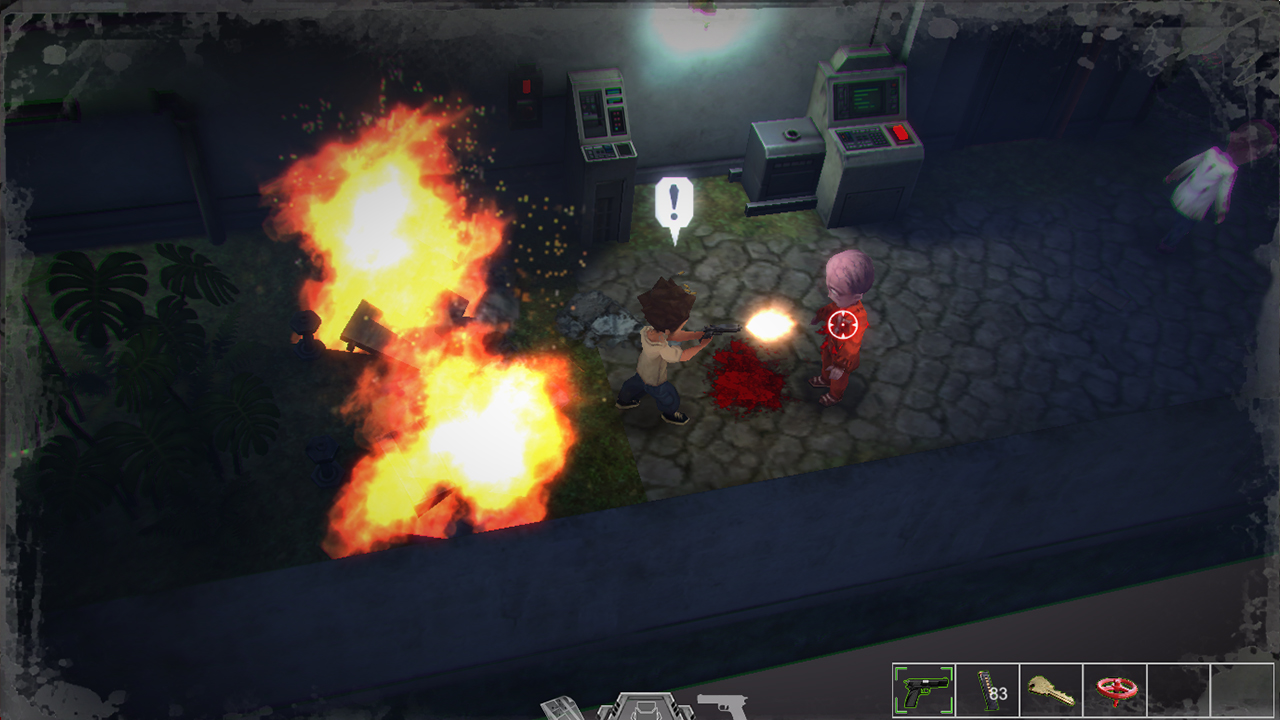 Not that the game had anything even remotely scary to begin with, but it ruins any chance of ever building tension when a journal entry describes the location of a crank by saying, “Jerry did an outrageous shinanigan today. He brought the Hand Wheel to the Washroom and locked himself inside. When we asked him, he justified he was trying to protect what’s inside of the Secret Room.” Oh, that Jerry. It’s hard to keep up with him and his rambunctious “shinanigans.” These types of notes exist throughout the game where directions and hints might as well be screamed at you through a megaphone.

I don’t want to be too harsh on Heaven Dust, because it is obviously a well-loved project, but there isn’t really enough here to make a recommendation to the average consumer. Those who absolutely love old-school Resident Evil games could appreciate the effort to emulate the nostalgic mechanics of those early games, but you might be better off waiting until the release of Resident Evil: Village.

Heaven Dust isn’t an awful game, but it has some awful parts. Uninspired gameplay and a lack of originality aren’t enough to make the game worth a recommendation. However, there’s just enough love put into that, perhaps, old-school Resident Evil fans could have a good time.

Cade Davie is an English major that spends every possible moment enjoying the fruits of Xbox Game Pass. It’s impossible for him to pin down a favorite genre since he’s happy to jump from Halo to Mario to God of War to whatever his indie du jour may be. When he doesn’t have a controller in his hands, he’s spending time with his wife and their cat while thinking of how they could acquire more cats.
Related Articles: Heaven Dust
Share
Tweet
Share
Submit