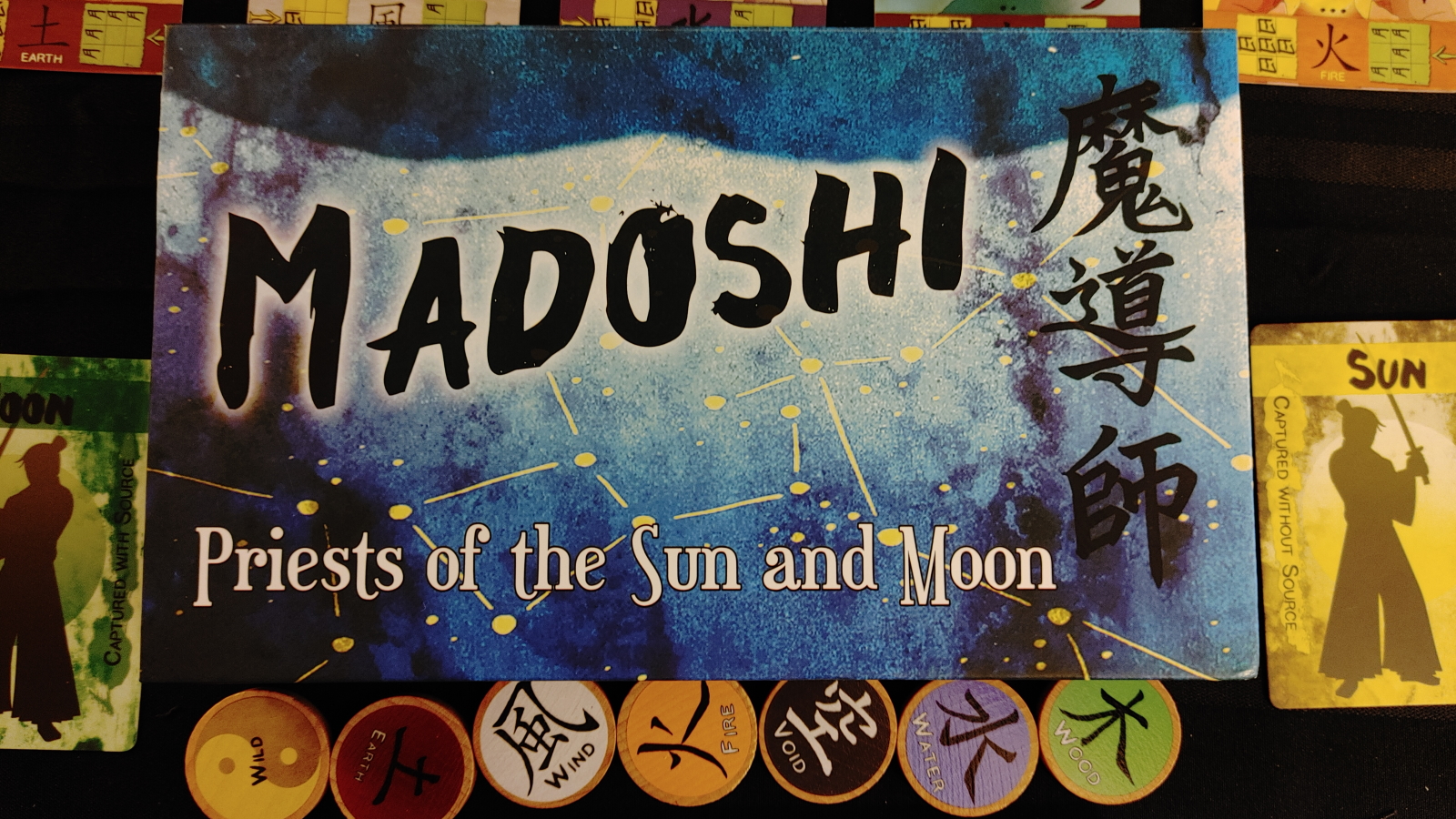 The priests of the sun and moon are in opposition, as they have been since Japan was raised from the ocean. The only way to decide the fate of Japan is to duel… by capturing yokai! Madoshi, designed by Dan Hyundicz, is a short 2 player game about using a grid of elements to claim yokai, mythological Japanese demons, which in turn modify the grid in sometimes unpredictable ways.

To start, there are 5 elements, earth, air, wood, water and fire, arranged in a 5 by 5 grid at random. There are 3 active Yokai at a time, which require matching 3, 4, or 5 elements strictly, so no rotation is allowed to make the match work. Each player will take turns swapping a single pair of element tokens, and if they match the element grid of one or more yokai, they take the yokai and its points and trigger its special effect. These effects range from flipping an elemental token, causing them to be either void, which is unuseable, or wild, which is usable as any element.

Madoshi gets very tricky very quickly. First, the grids each player is trying to match for each yokai is different, meaning each player is trying for completely different goals. Second, the yokai abilities do some wild things, such as shifting entire rows, flipping tiles into voids or wilds, or even rotating the entire board 180 degrees. Each player also needs to balance trying to match a Yokai by its primary element, which scores more points, or with any other element, which might mean snagging its power or keeping the opposing player from grabbing it. 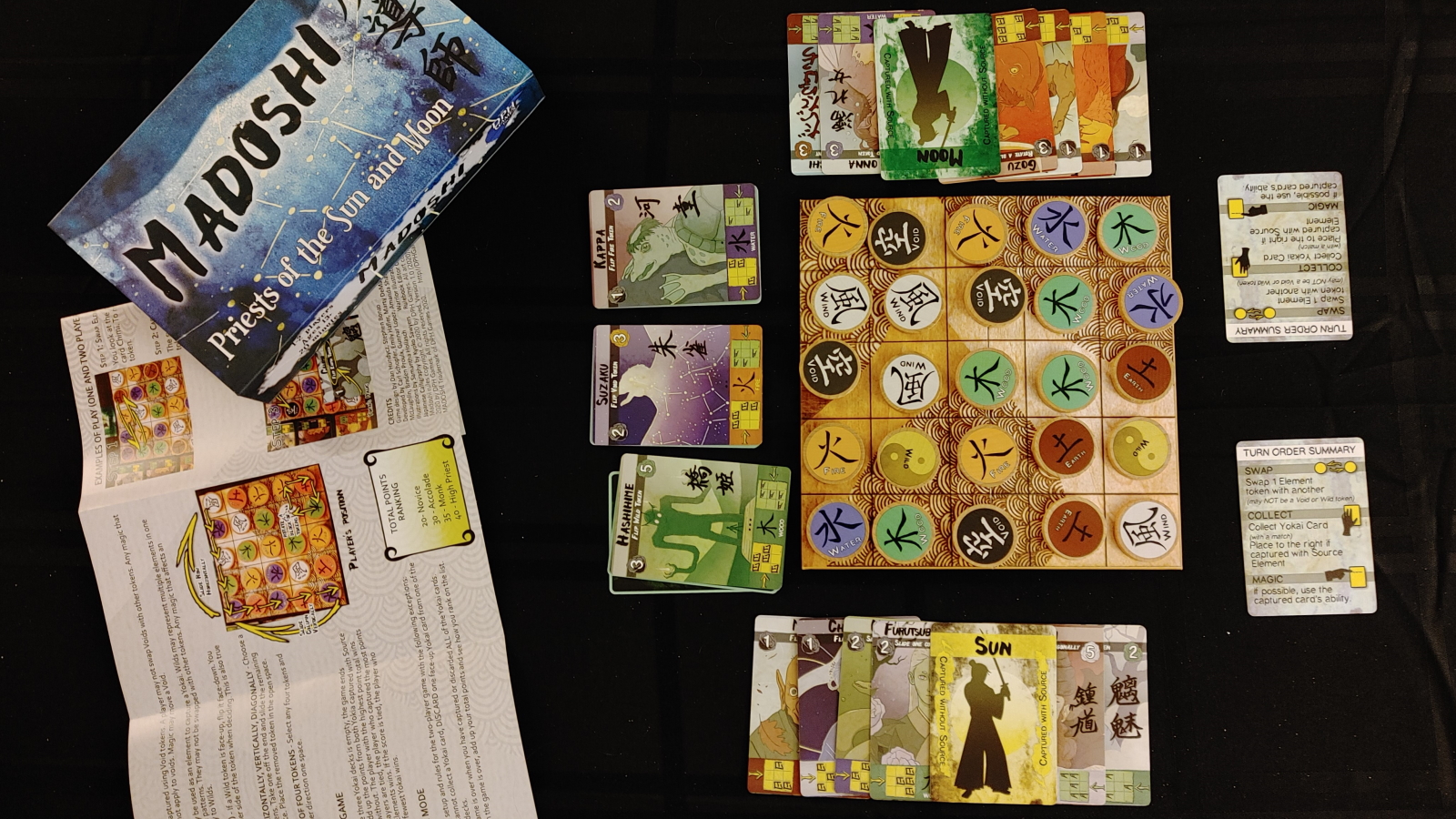 Madoshi sings when you have both players trying their best to make a single move that earns points, ruins their opponent’s opportunities, and sets up future captures. And there are many opportunities for such, as taking a yokai might let you flip a pivotal token into a void, which will completely stop your opponents attempts to use that token. Of course, it could just as easily be a wild that you flip, which means they can proceed as before, or worse, be able to make an even better match.

I very much love these kinds of tiny, very easy to explain games. I frequent a large gaming group, so it’s nice to have a game that can pass 30 minutes between larger games. This game in particular has some beautiful components, from gorgeous cards depicting various demons of Japanese myth, as well as quality wooden tokens representing the elements, and a nice magnet-clasping box to hold it all.

Madoshi also has a solitaire style mode, but I found without an opponent running amok, the puzzle was too simple, resulting in a nearly max score on my first attempt. Also, while this game is quite good, I don’t think it has long term depth as a two player game. The rulebook is also somewhat unclear at times. It doesn’t have any details about who goes first in the game, for example, or whether the solitaire mode uses only the sun, or moon, or both matching options.

A matching puzzle game based on Japanese mythology, where simple moves lead to powerful abilities that completely change the board. A nice, short, brainteaser for 2.