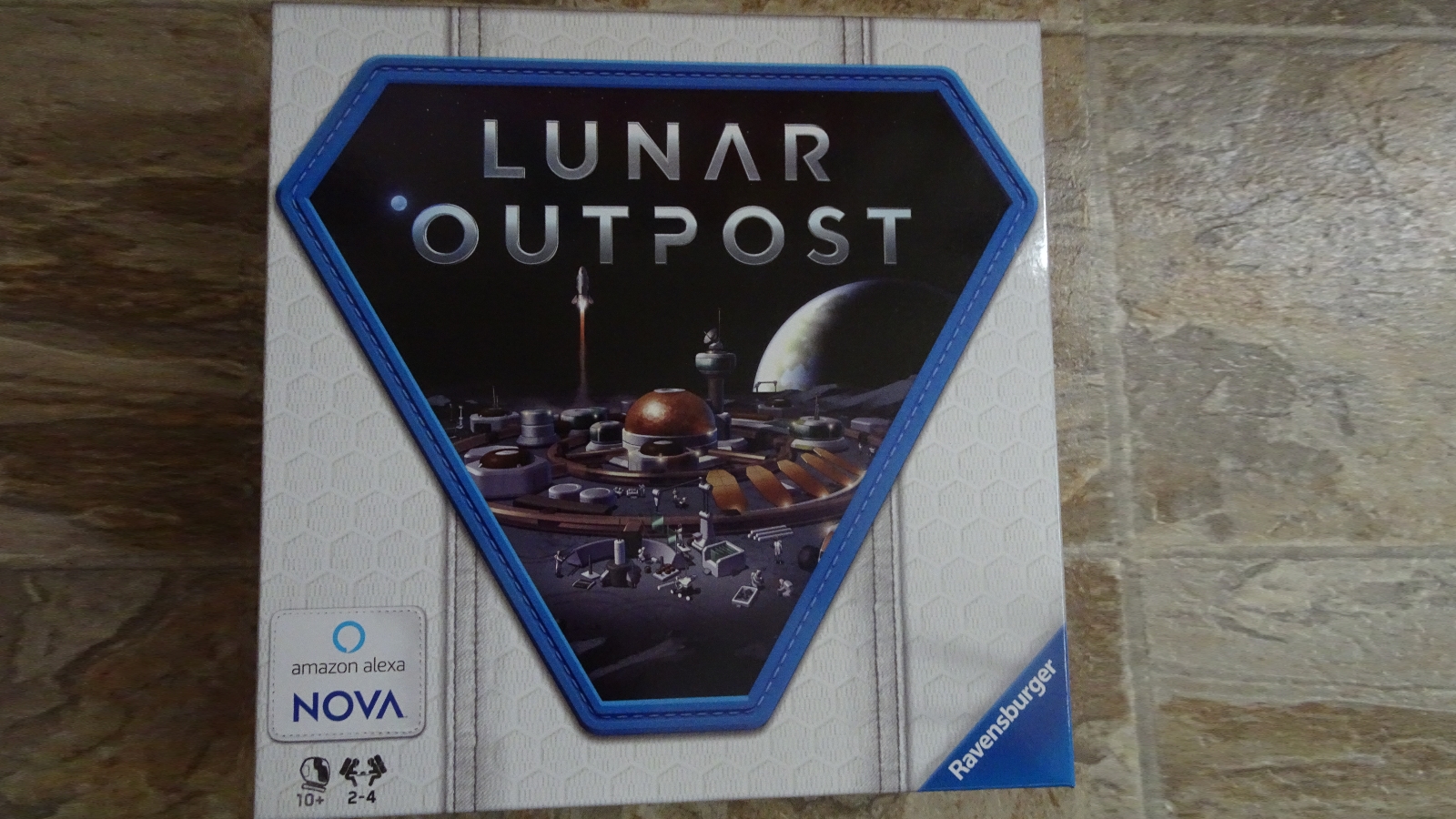 Lunar Outpost is a 2-4 player strategy game where players take on the role of different astronauts in charge of building a moon base in a limited number of turns. With a very short limit of total actions, players must work together prioritizing gaining various ores then building different modules which give access to a wider range of actions. From the beginning, each player is given a slightly different class which may give different options on action cards. 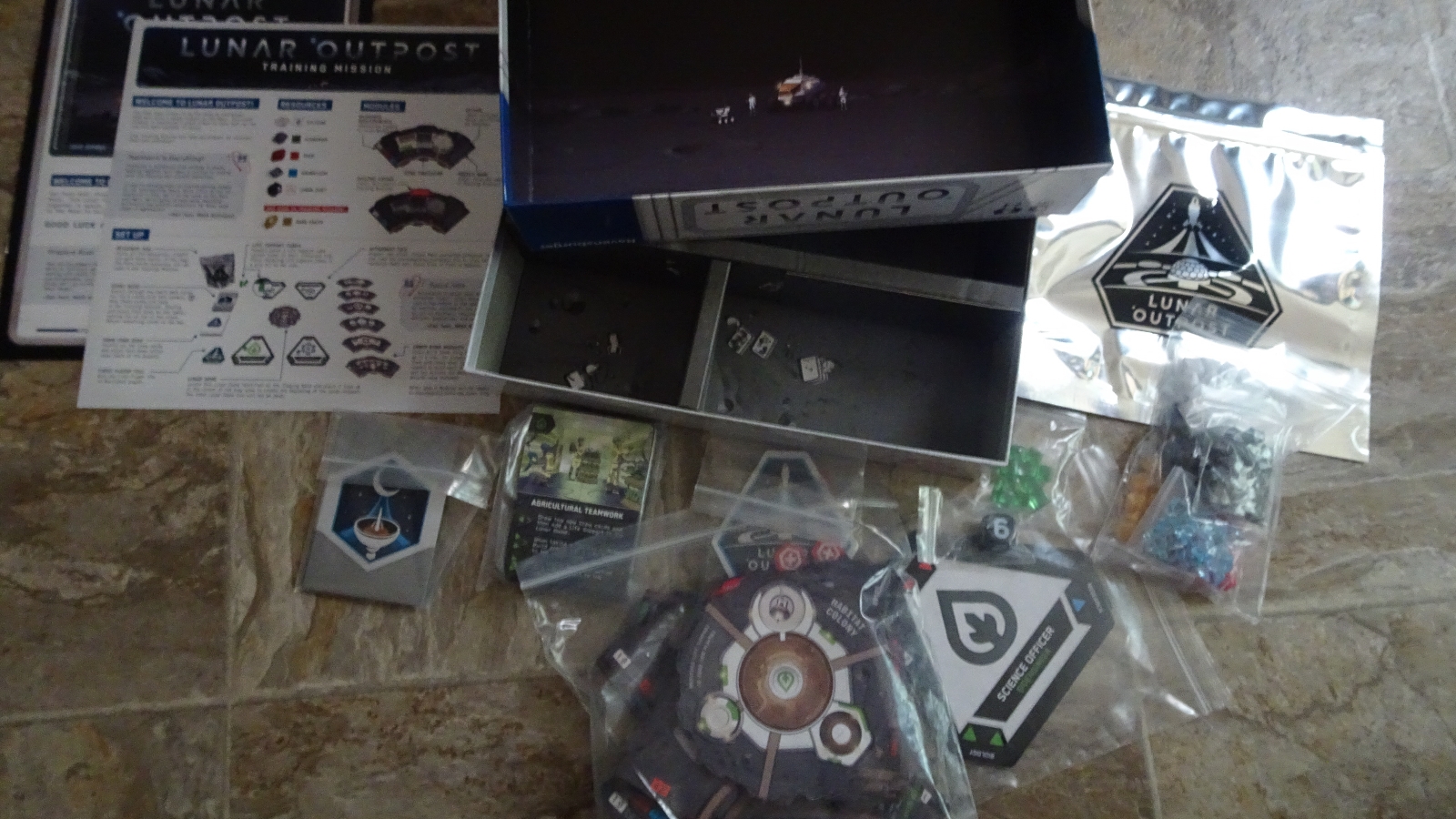 The basic theme behind Lunar Outpost is fairly unique, being an astronaut on a moon base construction mission. Of course there are elements that feel familiar, such as being on a hostile planet in Terraforming Mars, and slowly making it more and more habitable to humans. Fundamentally, the game is a bit of a ‘reaction’ type game, where every turn an event card is drawn and might damage a section of base causing everyone to have to re-prioritize getting it fixed.

Mining represents one of the core aspects of the game, and its implementation gives a good, tactile feel to the game. Each round ten ores are pulled from a mixed bag, some of which are useless. So at any one time there might be some necessary ores needed to complete a building such as silicone or iron, and if players do not grab it during this round it is swept back into the bag and pulled randomly again next time. 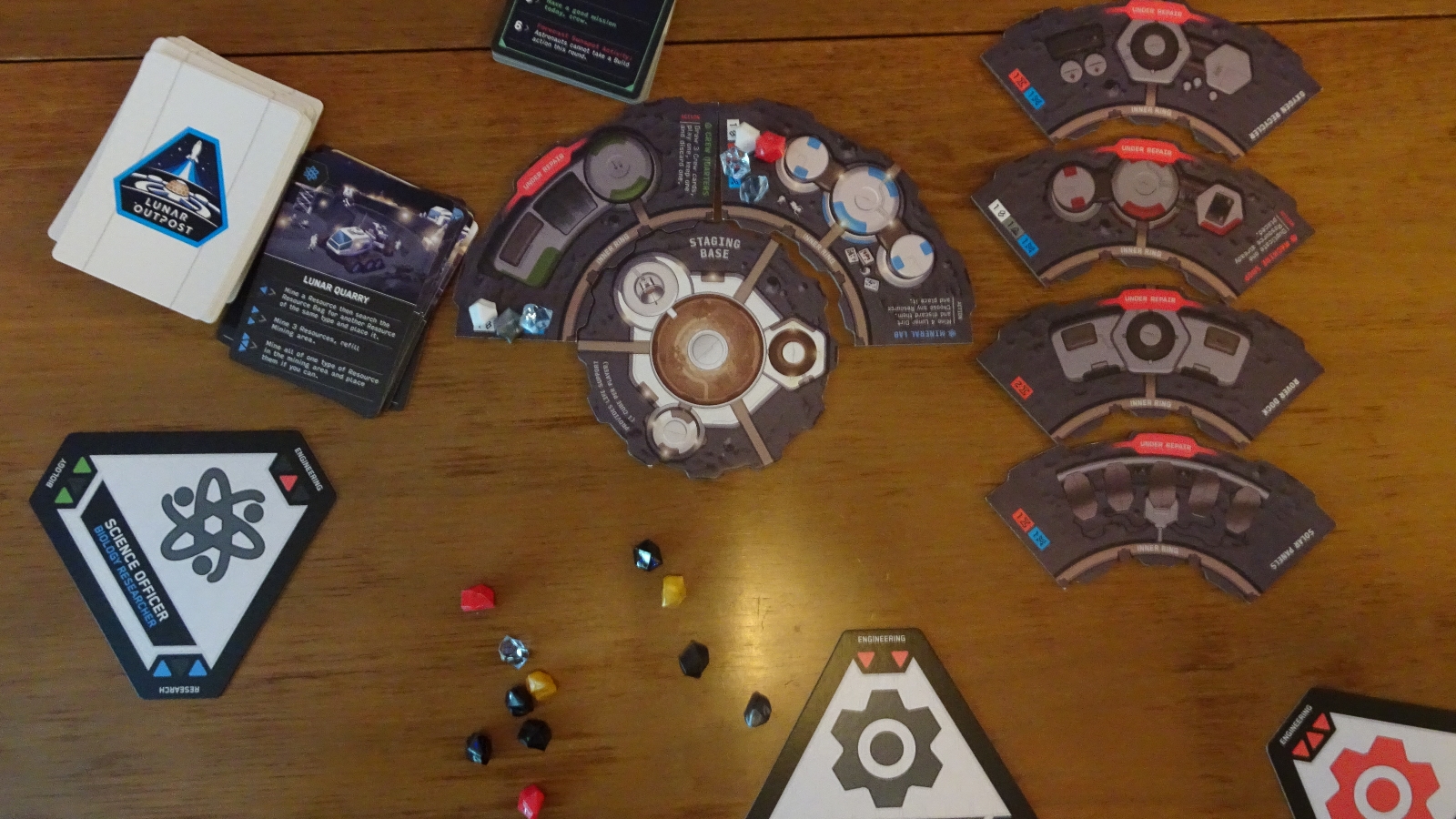 Actions at the start of the game are very simple: build, mine, or play an action card. This simplicity is part of what makes it good for newer or lighter players. There is not too much indecision paralysis, as there simply is not too much to do. Of course, heavier strategy players may feel a bit bored as it is pretty obvious in short order what should be done. Action cards often have levels on them, which the higher level skill can only be used if your class has the appropriate level in the specific skill such as engineering.

The overall goal is to expand the base with more and more modules. Depending on the starting conditions, this means putting down a specific selection of around seven modules. Players have to balance where to spend ores to build them, while progressing towards the end of the game. There is a fairly good tension of running out of cards and seeing how far players still have to go. Despite this, the end game is a bit of a letdown. The final rounds usually conclude with a diminuendo of ‘ok just mine there, you build that, we win’.

One of the major problems is the game is incredibly swingy. On any single event card the outcomes can range from everyone getting a double turn, which is insane how good that is, to a part of the base being blown up and taking out 2 players for the round. Further, while the skill level on the cards is such an intriguing idea, it largely is not implemented that well. 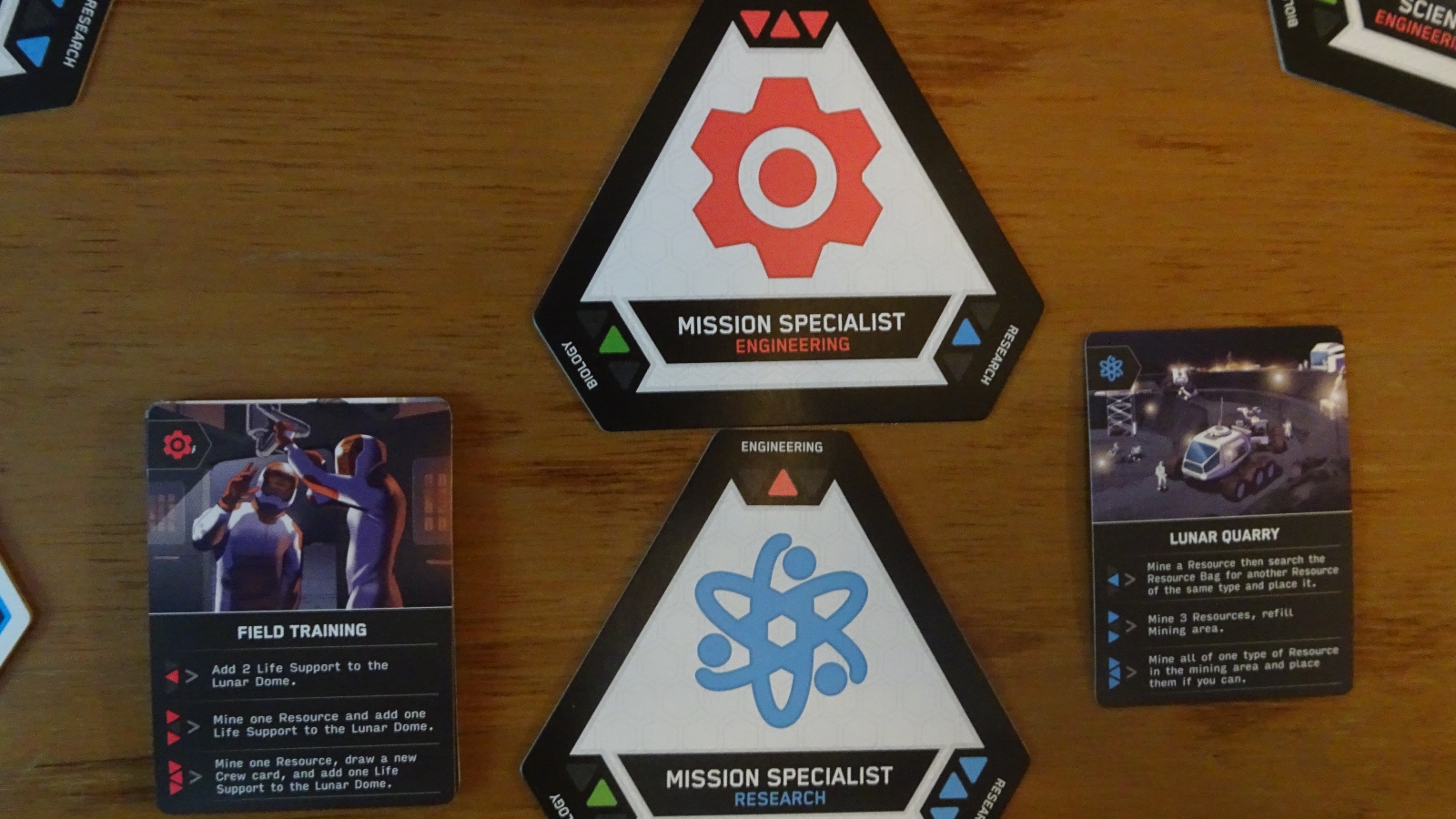 As an example, an engineering card might have three levels and if your character’s level is high enough you can do the highest level skill, most other players will only get to use level 1 or level 2. Cool! Great! Except the level 3s are usually not that good. In fact many times the level 2 or even the level 1 is simply outright better. This is disappointing as it’s such a missed opportunity to ‘do something really cool’ when the situation is set up, as rare as it happens.

Other things conspire to make Lunar Outpost feel like it needed more time in testing. The game literally does nothing to scale for more players, other than simply being easier. Each round, every player gets a single turn barring anything else, so with 4 players there are simply more turns than with 2 or 3. This is very apparent when a base section gets damaged and takes out two players, with 4 players it’s not that big of a deal as compared to a full round lost with only two players.

Additionally, as simple as the game is, there are a host of game rules and questions that popped up. They sling the word ‘mine’ around very nonchalantly but many cards modify how many ores might be mined; does this apply only to straight ‘mine’ action, or literally any time ‘mining’ is happening? There is no indication at all in the rules. A clue to the general nature of the game is in the rules where it says if you run out of time (cards) go ahead and draw another one. So it really just shows the game is meant to be taken casually. In the end, this is going to determine how it is received by players and their game groups.

The game functions great as a good gateway to denser strategy games, for more casual groups the illusion of depth is a real hit. For more strategic gamers, it only takes a few rounds to see the dominant strategy. There are some obvious balance issues that never were addressed, such as a lack of scaling changes for players, or inconsistencies in the rule book. Overall it’s a fun, if easy to discern, light strategy romp that less intense players will enjoy.