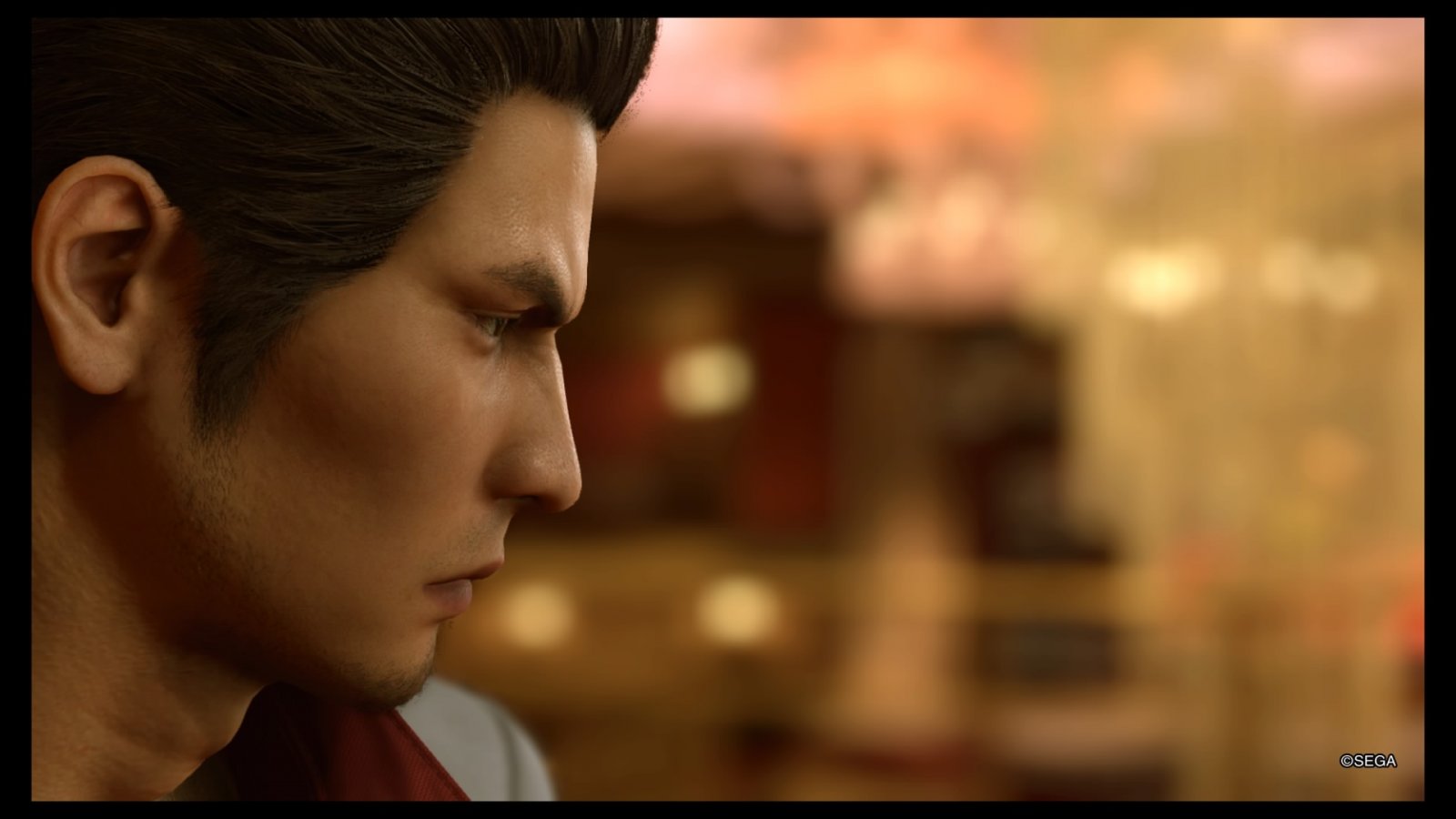 The Yakuza series for me has always been one that quietly existed in the background. They kept making more games for the base of players that understood it, and everyone else just glanced over it. If playing Yakuza Kiwami 2 has taught me anything, it’s that I completely understand why it was overlooked, and that that was a huge mistake.

Yakuza’s main impetus for being is to tell a gripping, interactive gangster tale in an unabashedly Japanese fashion. The game is set in fictionalized districts of Osaka and Tokyo, and it follows retired yakuza and series protagonist, Kazuma Kiryu as he struggles to maintain the peace between rival yakuza factions. It picks up directly from the events of the first Yakuza, but the game does a great job up front of filling you in on anything you may have missed if you skipped the first game. And while much of the plot is still dealing with the fallout from the previous entry, it stands alone well enough to be a perfectly valid place to start. The quality of the writing and the fidelity offered by Yakuza 6’s Dragon engine make these Kiwami ports excellent showpieces for the series, and I can’t wait to play through Yakuza 0 and the first Kiwami to fill in the blanks for myself.

The fictional Sotenbori and Kamurocho districts serve as miniature open worlds for Kazuma to explore which, at first, seem far too small—by open world standards—to be meaningful. You quickly discover, though, that these areas, much like the real-world counterparts they mimic, are densely packed with enough interesting activities and rich character stories to keep you going for dozens of hours. Around every corner is a new store to stock up on supplies, restaurant to heal you and grant you bonus experience, game to play, side quest to tackle, or secret to find. At the end of my time reviewing the game I was still finding new places I hadn’t ventured into offering completely new avenues to progress my character or spend my time. What at first seems limiting, by the end, felt almost too ambitious in its level of detail and scope.

While you run around the city solving the problem of every wayward citizen you run across, you’ll quickly become familiar with the way in which Kazuma solves absolutely every problem in the game: punching them. There is no problem in the world that Kazuma can’t solve by punching something or someone. Like the way a protagonist in a shooter might find himself in an overabundance of shootouts to justify the main gameplay mechanic, likewise in Yakuza does your character find himself in an impressive number of street fights wherein he can earn his title as the “Dragon of Dojima.”

It seems like it might undermine some of the more poignant character moments, but the zany, over-the-top fights rather serve to underscore Yakuza’s underlying silliness with the glee it shows toward wanton violence and its themes of respect and loyalty inherent to any gangster fiction. Like how much of the dramatic tension between these larger-than-life personalities clashing at the top of organized crime families plays out like theater, the combat scenarios are full of the visceral pomp and exaggerated violence of a professional wrestling match.

While you walk around the city you will also regularly be accosted by street toughs, square up, and wipe the floor with them. The combat starts with simple enough light and heavy combo attacks, a grab move, a block, and a dodge. You can quickly begin to upgrade these mechanics to involve parries, reversals, and the all-important heat moves among many other tweaks and improvements. As you fight, you’ll build your heat meter, which, when filled, lets you pull of a litany of powerful and flashy attacks. You can unlock heat moves that allow you to remove a gun from a foe’s hand, slam a thug into the ground on top of his friend, or location based finishers that call on allies across the city to comedically lay waste to enemies. Additionally, as you fight you can pick up any number of objects off the ground and pummel people with them (often with their own unique finishing animation), and you and your enemies can beat each other senseless with a large assortment of different weapons: swords, staffs, bowling balls, and even the odd gun. There proves to be a seemingly unlimited amount of options when it comes to dispatching the threat, and by the end of the game I still had dozens of upgrades that I hadn’t yet unlocked. You can really build your character in whichever way you’d like, and it’s a surprisingly deep and rewarding system that is immediately gratifying when you get into a large melee in the streets and get to put your new skills to use on the wisecracking fools who decided to take you on.

As fighting tends to be the main way you’ll solve problems in Yakuza, there are plenty of options available to you in specifically how you want to beat people into the dirt, but when you’re not getting your hands dirty, you can also take part in a slew of engaging and varied side-activities. This is where I tended to spend to the majority of my time and where I had the majority of my misgivings with the game. There are plenty of mini-games you can play: darts, shogi, karaoke, mahjong, and you can go to Club Sega and play the crane game. Plus you can play the entirety of the arcade versions of Virtual On and Virtual Fighter 2.1. The latter of which you can play locally against a friend from the main menu.

After you’ve had your fill of the shallower mini games, Yakuza Kiwami 2 also has a suite of other more fleshed out activities to explore. There is Majima Construction that offers an entire separate story mode to play out where you control units from on high and order them to protect construction equipment from rival real estate magnates. There is also a hostess club that you can manage and take through the ranks that plays like a hectic management game trying to keep up with the evolving demands of your patrons while making as much money as possible. Both are fully fleshed out in their own right with deep systems, upgrade paths, and characters to recruit. Outside of introductory missions, they are completely optional but ultimately rewarding as additive experiences. There are some businesses you’ll encounter that don’t quite fit into either of those experiences though, and that is where some of the more questionable content creeps in. You might find a perfectly innocuous acupuncture clinic that unlocks new abilities, or a you might wander into a sleazy 24-hour video parlor that trades in viewings of some more explicit content. The video store didn’t bother me, because it was just you watching Kazuma watch the video and reacting accordingly which is played for laughs.

Where it breaks down for me is in the gravure side activity wherein Kazuma can pay to take photographs of scantily clad ladies that do nothing but make sexy poses and say vaguely seductive things to get Kazuma worked up. The player isn’t actually taking photographs mind you. Instead, you are meant to use the face buttons to attempt to construct intelligible sentences to please the lady and unlock different scenarios where the girl is wearing even less clothing. These girls, it’s important to note, are not in-game models but are videos of actual gravure models from Japan. Where much of the side activities are meant to highlight the underbelly of Japan that Kazuma has access to, they often are played off-screen and you can laugh alongside the character at the folly of this nonsense. In this case though, you are exposed fully to the unfortunate nature of this activity while your character enthusiastically encourages it. Maybe you’ll say I simply don’t understand the culture at play, but it sure seemed like male sexual gratification as exploitation whereas every other time similar content is mentioned in the game it tended to lampoon rather than glorify.

You can, fortunately, skip this for the most part and ignore it if you’d like, but if you intend to go for 100% completion then the game insists that you see every lurid scene. Without spending too much time harping on this misstep, the game around that is so compelling that I would seem crazy to not recommend it…just with that one glaring caveat. The characters that you encounter, from the enigmatic and dangerous threat looming over the game, Ryuji Goda, to the nameless NPCs you’ll meet doing side quests, are so much fun to talk to and make the city feel so lively that I never wanted to leave. And most importantly, Kazuma Kiryu is perfect as both the unflappable badass and the sympathetic shoulder to cry on. He’s flawed and dangerous, but caring and humble in way that makes playing as a gangster feel good and worthwhile.

If you have any interest in crime fiction, Yakuza Kiwami 2 manages to walk a fine line that teeters back and forth between hard-nosed police noir and the grand facade of professional wrestling. Some of its more questionable content works against the whole package, but it still succeeds where most gangster stories in video games fail; it tells compelling stories that feel like they are about complete people (cartoonish as they may be at times) and weaves a story that had me interested from beginning to end. I’m a little late to the series, but they’ve made a believer out of me.

A story of loyalty and honor, it is peerless in the crime fiction genre. The gameplay is so varied and exhaustive even if you tend to simply solve all your problems with your fists.There are some kinks to work out about how it deals with its more lascivious content, but what this game does well, it does so well that all I want to do is get right back in to see what I missed.

Nathan lives in Colorado catching Pokemon on the Go and at home. He previously spent three months interning for Game Informer before coming back to Gaming Trend to spread the good word on video games. His real passion, though, is collecting different versions of the 3DS and other weird Nintendo garbage. It's a never-ending quest for less space in his house.
Related Articles: Yakuza Kiwami 2
Share
Tweet
Share
Submit