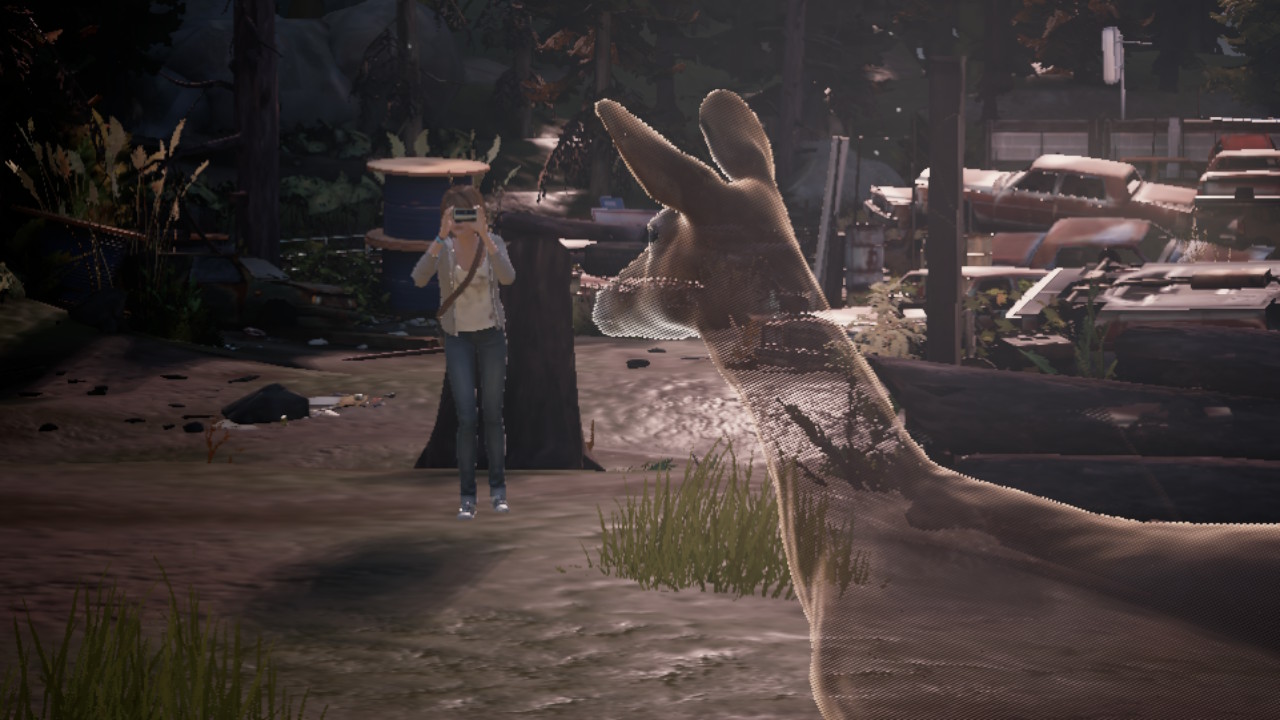 I’ve mentioned several times that the Life is Strange series is very important to me. Each game focuses on something that happens to be very important to me, from the big sibling energy of 2 to the independence and little sibling energy of True Colors. This all started with the 2015 original which starred Max Caufield, who is basically me in video game form – so much so that nowadays I cringe somewhat at who I was in High School. Regardless, the series has brought about some incredible opportunities for me, in particular interviews with the original and sequel creator Michel Koch as well as the comic writer Emma Vieceli and artist Claudia Leonardi. Now, it’s time I return to Arcadia Bay for the remasters of the original game and prequel Before the Storm on Nintendo Switch.

Before we arrive in Arcadia Bay, let me give you the rundown on Life is Strange. Life is Strange is an adventure game in which you explore and interact with characters and environments, make choices that impact the story, and solve puzzles and undo mistakes with Max’s newly discovered time powers. The plot revolves around her relationship with her old best friend, Chloe, as well as the mysterious disappearance of Rachel Amber and strange visions of an impending storm that will destroy the town. Before the Storm, meanwhile, is a prequel following the friendship of Chloe and Rachel. While Chloe doesn’t have time powers, she still solves environmental puzzles, makes choices, and argues with people to get what she wants. Both are fantastic games and some of my favorites in the genre, so let’s see how the remaster updates things.

The Arcadia Bay Collection packages both remasters together for about $40, you cannot purchase them separately on Switch so it’s all or nothing. They do come as separate apps and downloads, however, so no launcher or anything to go through first. Starting up Life is Strange, you do have to sit through a solid minute of company logos and legal text to get to the title screen, so that’s not a great start. Choosing an episode to play will incur a long loading screen, so first let’s dive into the options.

I wasn’t expecting PC-level configuration, so what’s on offer here is fairly standard for consoles. You can use up to three save slots, adjust brightness and volumes, and change things about camera control like sensitivity and inversions. I’d like to highlight that you can change subtitle sizes from Normal, Large, to Hella Large, which is very cute and will no doubt help some players. There is also the option to add a Semi-Opaque background to subtitles, which would be fantastic if it worked outside of pre-rendered cutscenes. The subtitle text is white with a slight black outline and a hand-drawn look to it. It’s a bit pixelated on Switch, but it looks nice when you can read it. Several scenes have bright backgrounds, so if the subtitles get lost in the colors I guess you’re just out of luck.

Moving on to the game itself, it plays exactly the same as it did back in 2015, though no need to wait for episode releases anymore; they’ll even auto-play after a few seconds when you finish one. The choice statistics are still here too! With both global and friends list comparisons. Purely from a gameplay and features perspective, this is a great way to re-experience these incredibly emotional adventure games with heart-wrenching choices that actually matter. It even runs fairly well too, the only dip I noticed was in the geometrically complex junkyard when looking out from one end to the other, it’s pretty solid otherwise. The excellent, licensed soundtrack returns as well, consisting of some great tracks that make for very memorable moments, usually starting off and ending each episode.

Sadly, that’s where my positives end. Everything else done to “enhance” the games for these remasters, in my opinion, makes them look worse. On the surface, it is improved from a technical standpoint. Textures and lighting look more realistic, but that’s not what the games were going for. Up until True Colors, Life is Strange used a sort of watercolor approach to texturing, you could almost see the paint strokes in the environments. The more realistic texturing makes characters look almost creepy, with eyes that appear to be about to pop out of their heads. Before the Storm does fare a bit better in this regard since it was moving towards realism originally, but it still suffers from some uncanny visuals. 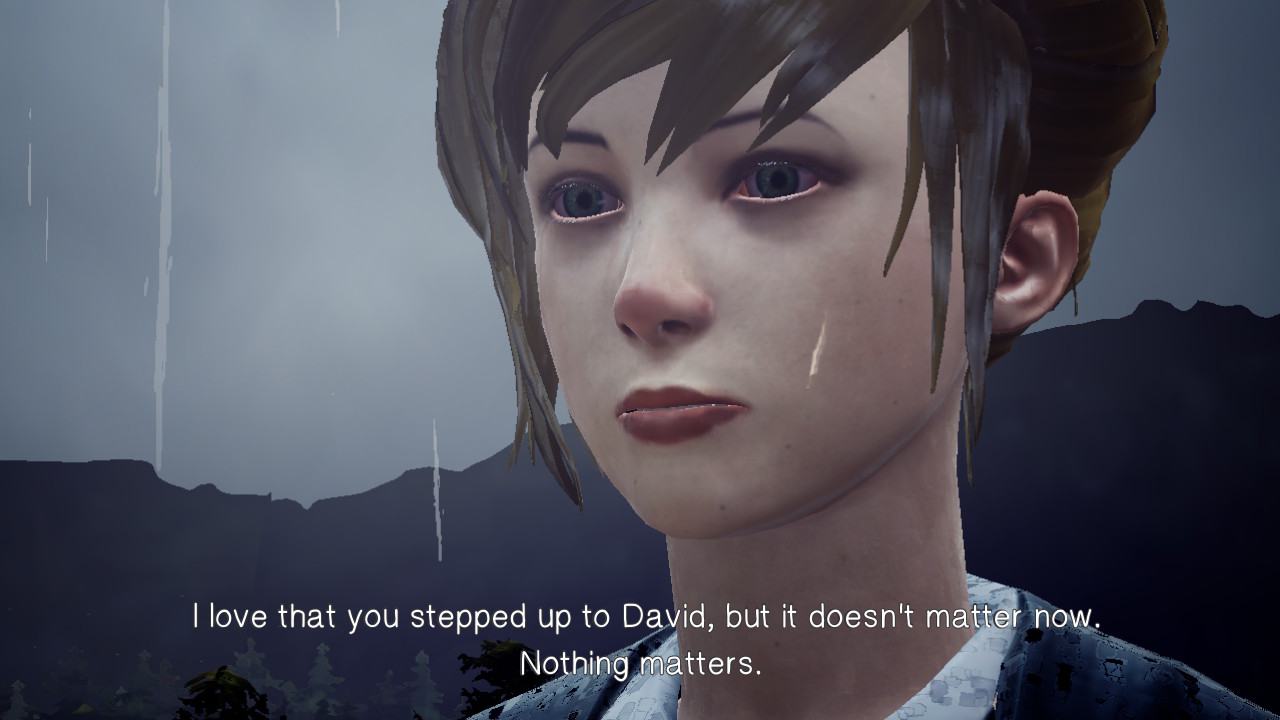 Environments too look less like places now and more like, well, video game levels. I’m not bashing video game looking video games, but that’s the best way I can think to describe this. It’s something about the lighting and texturing that makes it look less natural. I’m sure you can see for yourself. There are parts where the lighting looks better, like in Chloe’s room, but those scenes are few and far between.

I will say that the animations are somewhat better in Life is Strange. This game was updated with facial motion capture and it does look more expressive than the original. It’s hard for me to look past the texturing, but the official comparison does a decent job of showing how facial expressions convey more subtle emotions better. For example, when Chole is being berated by her Step-douche David you can see a bit of sadness, anger, and even fear in her eyes as opposed to the original where she just looks angry. Mo-cap was already used in Before the Storm, so there’s no need to update that game and the animations still look great. 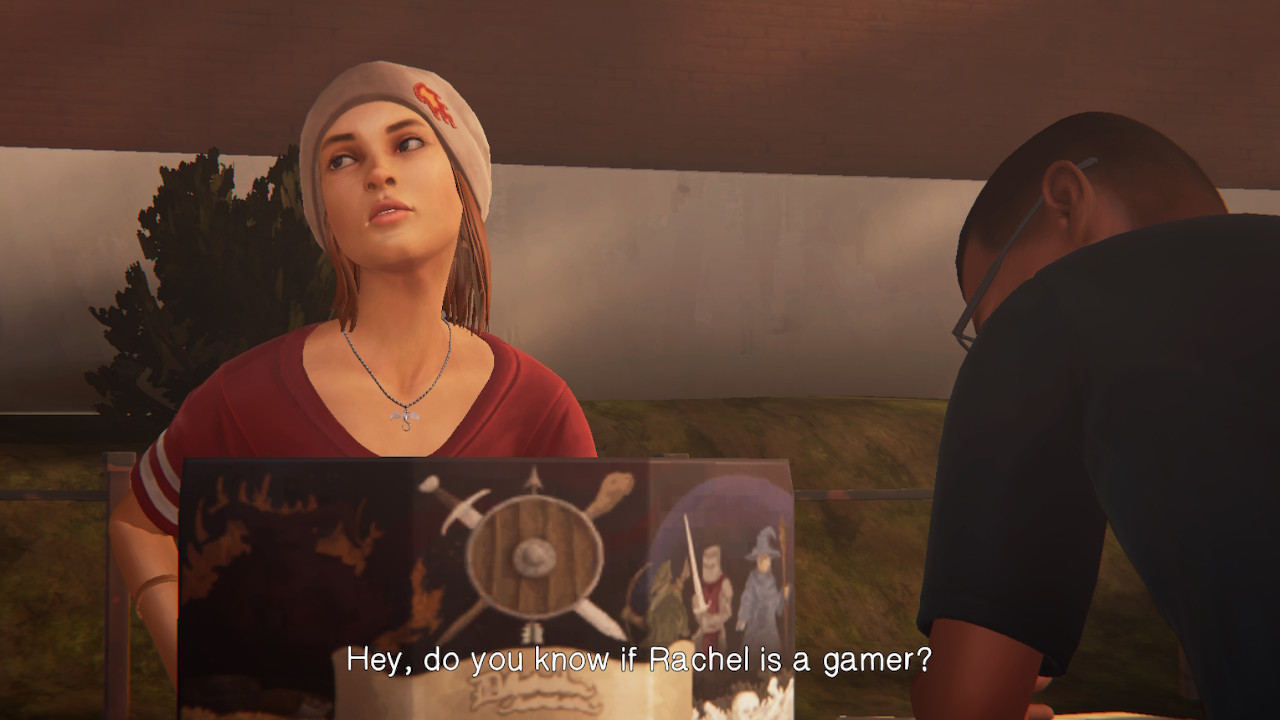 Speaking of, Before the Storm includes all the bonuses from pre-orders and DLC, like additional outfits and the Bonus Episode. While I don’t enjoy the game as much as the other mainline titles, this was Deck Nine’s first entry in the series and before they really found their footing with regards to writing, it’s still a great game and fleshes out Rachel Amber, Chloe, and makes the first game’s central mystery of what happened to the former retroactively more depressing. I do find that Chloe’s Backtalk mechanic is far less engaging than Max’s time-rewinding powers, but it serves as an occasional dialogue puzzle.

Both games feature pre-rendered cutscenes occasionally, for more complexly animated sequences or to prevent the game from having to load each cut between environments. I remember these looking compressed in 2015, but wow they look horrendous now. It seems no effort was made to update these which is a real shame as some of these are highlights of the story. With this and the different approach to textures and lighting, it makes me wonder if the original asset were lost in some way. 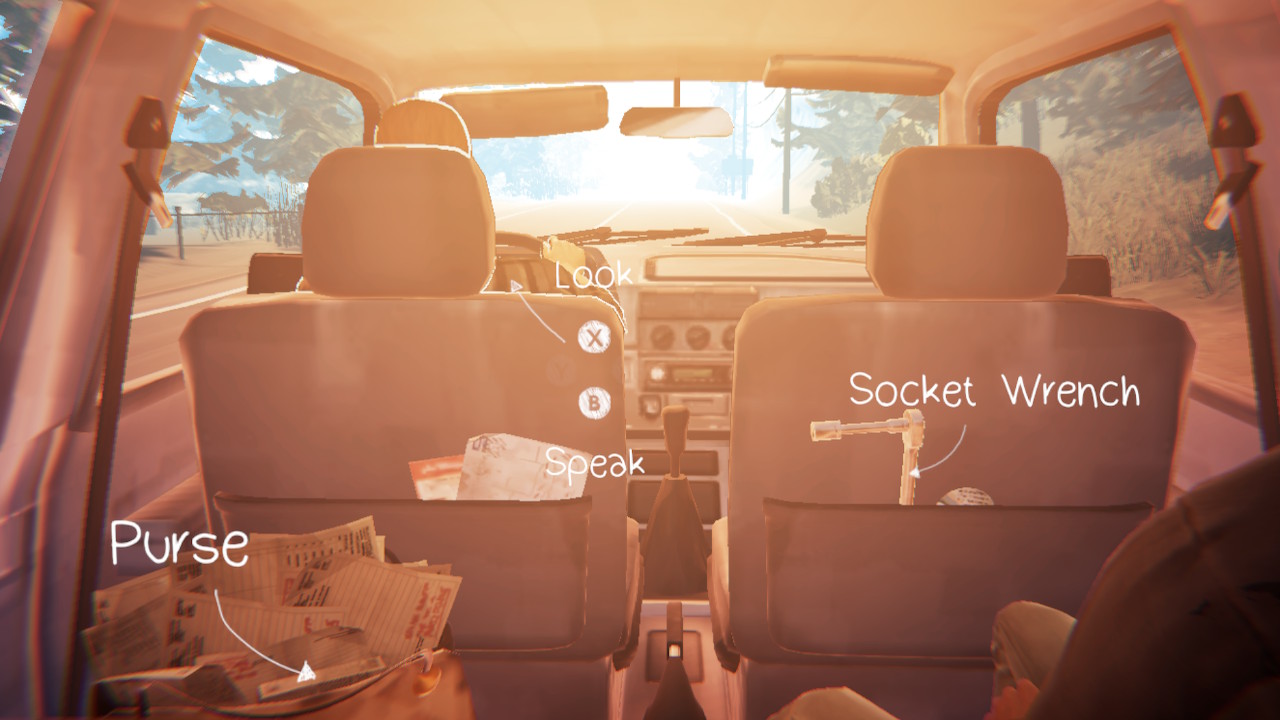 Compare these to Skunkape’s Sam & Max remasters and there’s no contest as to which is the better update. Sam & Max’s original adventures were lovingly updated with some incredible lighting and texture work that really felt like they just made the games better. On top of that, they went back and changed some things about the game, such as replacing Bosco’s voice actor with an actual black person instead of a white guy doing what could be considered an offensive impression. The Arcadia Bay Collection’s updates just don’t feel like they pay that level of respect to the original, instead putting effort into haphazard updates that detract from the original game’s vision. Before the Storm even crashed on me once, which is something that never happened when playing the PC originals.

The games contained in the Arcadia Bay Collection are still excellent, but the updates made here make these the objectively worse versions. The motion capture updates to Life is Strange look fantastic, but are hard to see through more realistic textures that look out of place compared to the water color style of the original. If you can, stick with the original games on PC, but if you’re a console player this is an acceptable way to experience these incredible stories if you can look past the issues.

David is the kind of person to wear his heart on his sleeve. He can find positives in anything, like this is a person who loved Star Fox Zero to death. You’ll see him playing all kinds of games: AAAs, Indies, game jam games, games of all genres, and writing about them! Here. On this website. When not writing or playing games, you can find David making music, games, or enjoying a good book. David’s favorite games include NieR: Automata, Mother 3, and Gravity Rush.
Related Articles: Life is Strange Arcadia Bay Collection
Share
Tweet
Share
Submit