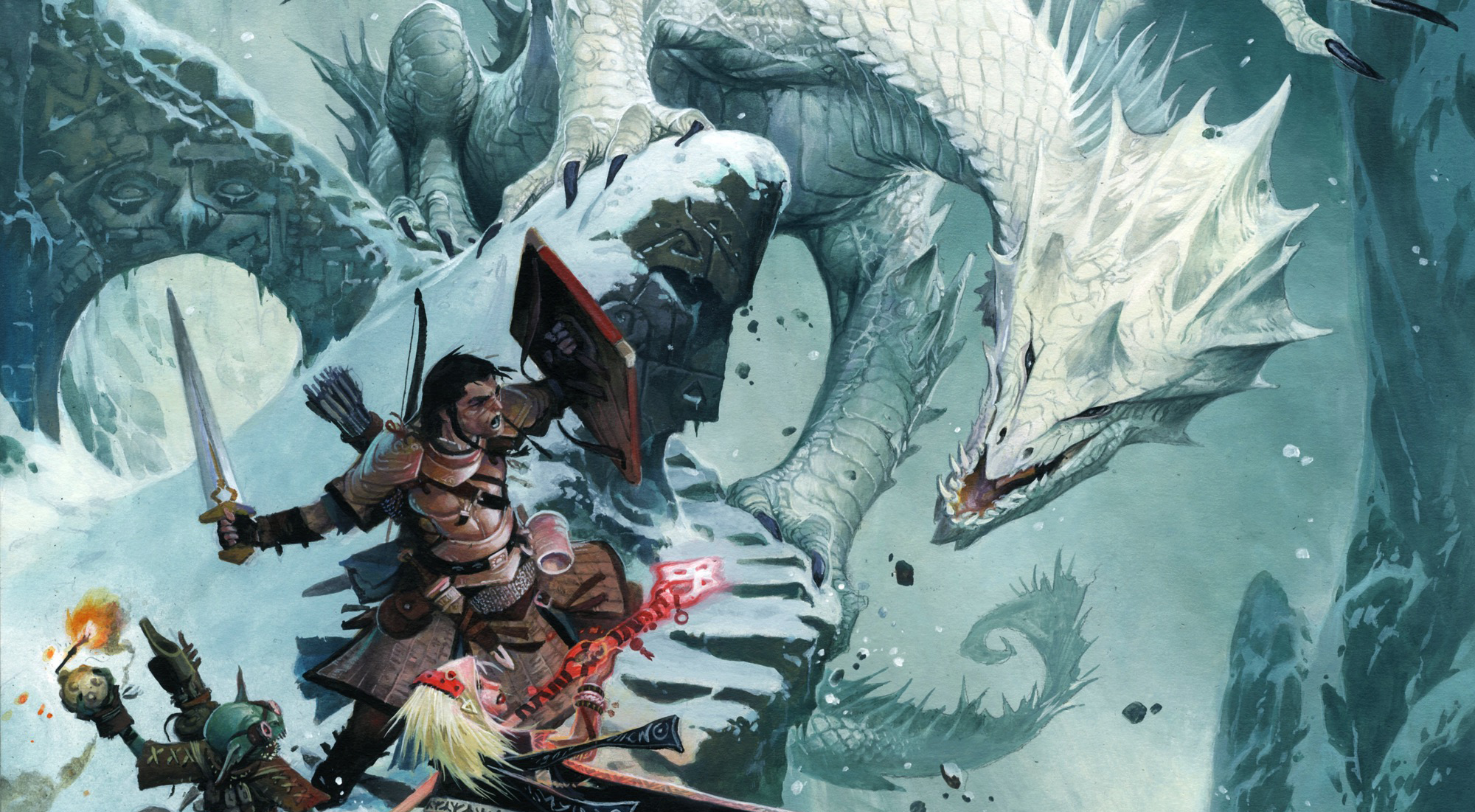 Anyone who has ever played a tabletop role-playing game with me, or has even spoken to me about RPGs, knows that, for me, it’s all about the shared storytelling. As a GM, I tend to focus on the drama of the narrative, the relationships between the players, and the gut wrenching choices my PCs are forced to make, with things like combat and looting taking a major backseat. But still, there’s something charming and alluring about going back to the roots of role-playing games, which felt like something closer to a board game than the purely imagination-driven games that I gravitate towards nowadays.

With Dungeons & Dragons pivoting towards a more casual audience in recent years, Pathfinder has found an audience for over a decade by serving as a more hardcore alternative, which is based off of Dungeons & Dragons 3.5. Simply put, Pathfinder is a fantasy RPG for people who like doing math and don’t mind learning a much more complex rules system in favor of increased customization options and more precise combat. With Pathfinder Second Edition, the team at Paizo is giving their flagship franchise a rules refresh for the first time since they donned their wizarding caps in 2008. 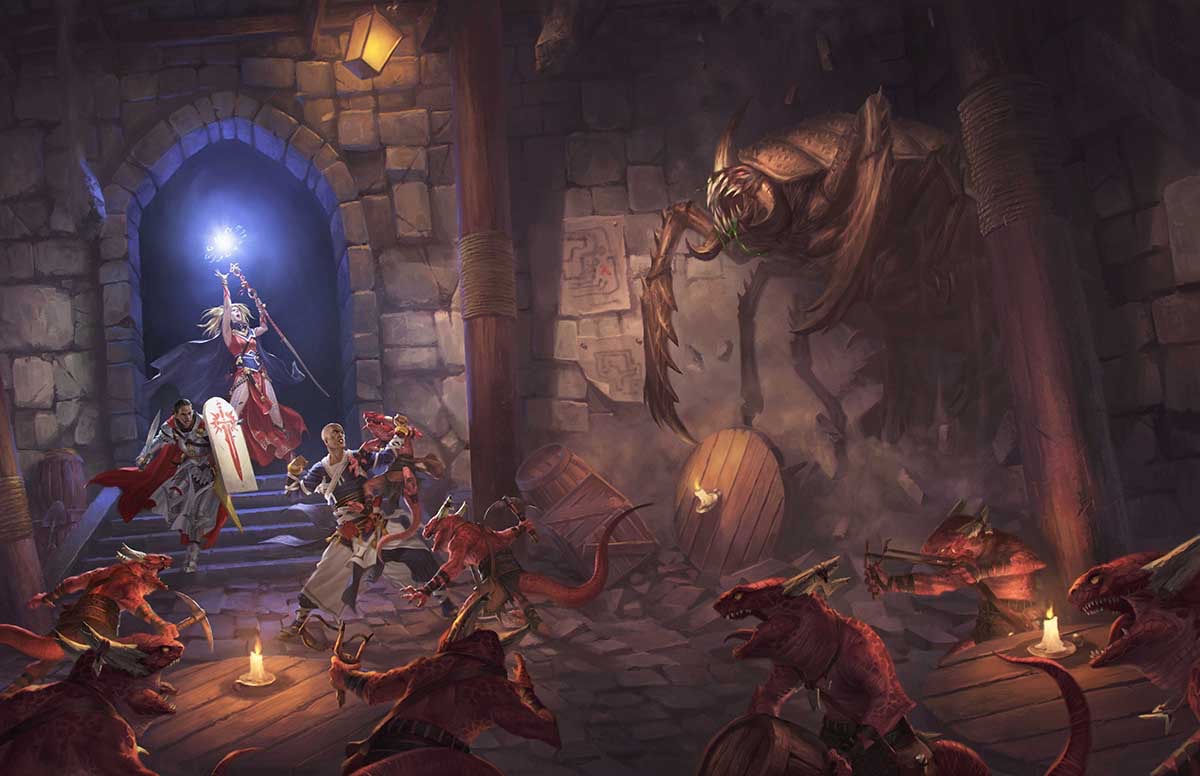 So what’s changed in Pathfinder 2.0? The biggest adjustment concerns the flow of combat, which has been simplified into an action economy that lets players use three actions during their turn in whatever manner they so choose. Rather than having several types of actions a player is allowed to take during their turn, it’s up to the player to determine what’s most important for them to accomplish on a given turn and manage their actions on their own. For example, you might want to use a spell that costs two actions to cast, but then would only have one action for movement. If keeping distance from your attackers is of consequence, then you may want to use two actions for movement and choose a spell that costs fewer actions.

Pathfinder Second Edition also greatly improves where character customization is concerned. Whereas in the previous edition two characters of the same class stood a good chance of feeling like the same character, this version allows for greater variety within different species and character classes, so that several players could choose the same role without stepping on one anothers’ toes. All twelve of the playable races now feature a variety of different ancestries to choose from that make them unique. For example, lazy Hillock Halflings heal more quickly due to their proficiency at resting, while Nomadic Halflings start off with fluency in a greater number of languages to reflect their life on the road. 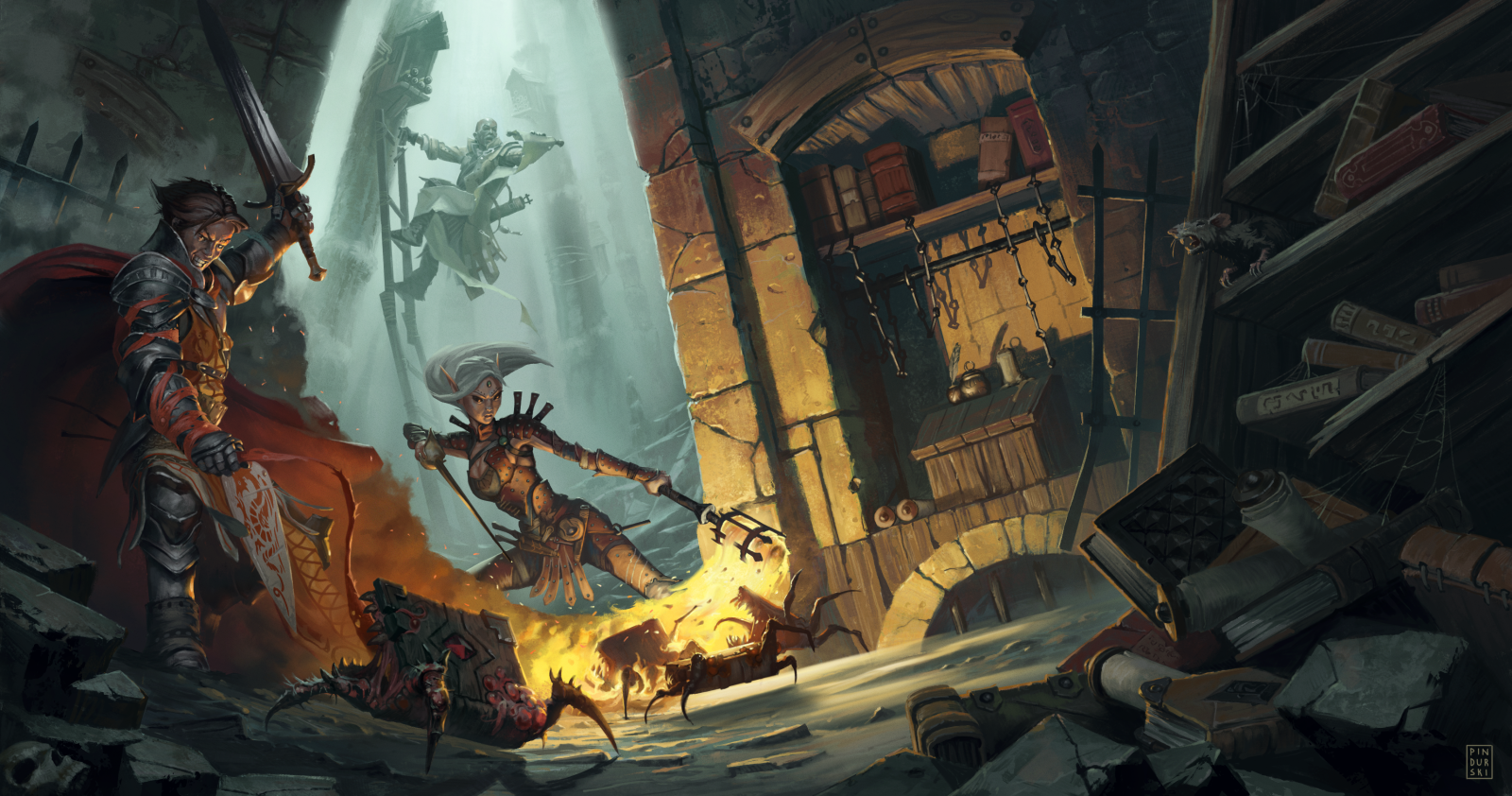 New to character creation is the “background,” which lets you choose an archetype to flesh out your character’s backstory and determine some of the things that make them unique via skill and ability boosts. For example, if you were to choose the “barkeep” background, your character would gain greater constitution or charisma, and would begin play with training in the diplomacy and alcohol lore skills. And as someone who values narrative and character building in RPGs, I appreciate that this has the added side-effect of forcing players to think about where their character comes from and some of the experiences they may have had in their life, rather than focusing on how to make their character as effective on the battlefield as possible.

While many of Pathfinder Second Edition’s mechanics seem focused around moderate simplification of incredibly chunky mechanics, in some ways this edition also expands upon existing rules and creates more specific guidelines for things that were somwhat vague in the first iteration. For example, there are now precise rules around upgrading low level spells for high level magic users, and the equipment section now features a greater variety of stock weapons, each with their own advantages, disadvantages, and unique qualities. Those who worried that Pathfinder would heavily lean casual with their second edition can rest easy — Paizo knows exactly who their audience is, and they’re still finding new ways for you to dive into the deep end of the tabletop swimming pool.

Putting mechanics aside for a moment, it’s worth noting that one of the biggest ways that Paizo has improved upon Pathfinder in its Second Edition is in the physical layout of the core rulebook. In short, Pathfinder Second Edition is the most coherently assembled and well-presented roleplaying game I’ve ever read. Abundant artwork, tons of charts, and incredibly useful sidebars, Pathfinder Second Edition feels like it was organized for quick reference during play, while also containing an incredible amount of in-depth information for those who want to drink deeply from the font of nerd. 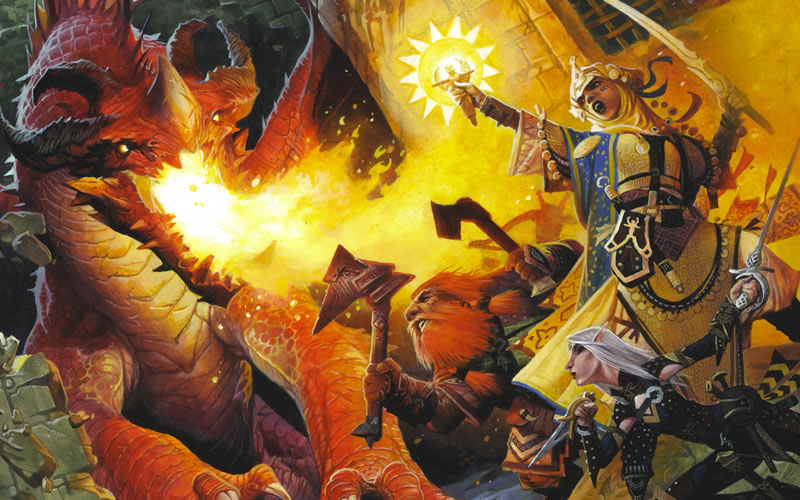 After more than a decade of development, you’d expect the section about the world of Golarion to be a veritable tome, like the rest of the book. Sadly, only a little over two dozen pages have been dedicated to the topic. While you can learn a lot about the universe from the descriptions during character creation, Paizo seems to remain focused squarely on game mechanics and asks the players to bring their own setting — in fact, a portion of the “Game Mastering” section offers tips for doing just that. That’s not the worst problem in the world to have, but I still can’t help but be disappointed that Golarion remains a largely generic fantasy setting with little to draw on.

That said, the lightness of detailed meat on the world-building bone is likely strategic, rather than an omission, as Paizo has already announced a sourcebook that will focus on the setting, called the “Lost Omens World Guide.” But in the core worldbook, players only get a taste of Golarion, and will be required to fill in the blanks themselves, which can be a daunting task for some. 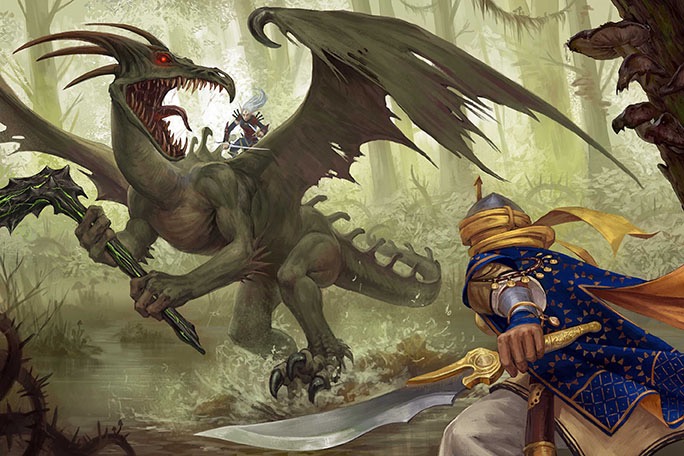 Here There Be Monsters

Launching alongside the core rulebook is the bestiary, which features more than 400 monsters to throw at unsuspecting players. From banshees to wyverns, werewolves to basilisks, this sourcebook is a veritable oasis of things you’d never find at an oasis. Each unique mob comes with its own stats, abilities, description, art, and more. Each creature is also given a power level, so you can gauge how much of a threat any given adversary might pose to a typical group of PCs. As with the core rulebook, the presentation and layout is top notch, with a comprehensive glossary of terms preceding the list of creatures and handy references along the way.

If I have one complaint about the bestiary, it’s that the book offers no advice on integrating the various baddies into your campaign. It would be nice, for example, if the sidebar occasionally offered a short adventure module to use in a campaign, and to help introduce foes in unique ways. Again, this is another way in which Pathfinder Second Edition provides players with rules and mechanics, and leaves worldbuilding to the players.

With Pathfinder Second Edition, Paizo has raised the bar by simplifying some of Pathfinders rules while expanding upon others. And by doubling down on customization and player choice, both in combat and out of it, Pathfinder Second Edition will undoubtedly appeal to the hardcore tabeltop crowd. While the lack of specific worldbuilding and complex rules systems could prove a high barrier of entry for newer players, Second Edition is still easily a vast improvement upon its predecessor.

You know that jerk online that relentlessly trash talks you after every kill? That guy was probably Travis "Tie Guy" Northup. Competitive, snarky, and constantly wearing a tie, Travis has been writing his opinions about electronic media since he was a teenager, and is pretty much the only person to hold his opinions in high regard.
Related Articles: Pathfinder Second Edition, Tabletop
Share
Tweet
Share
Submit