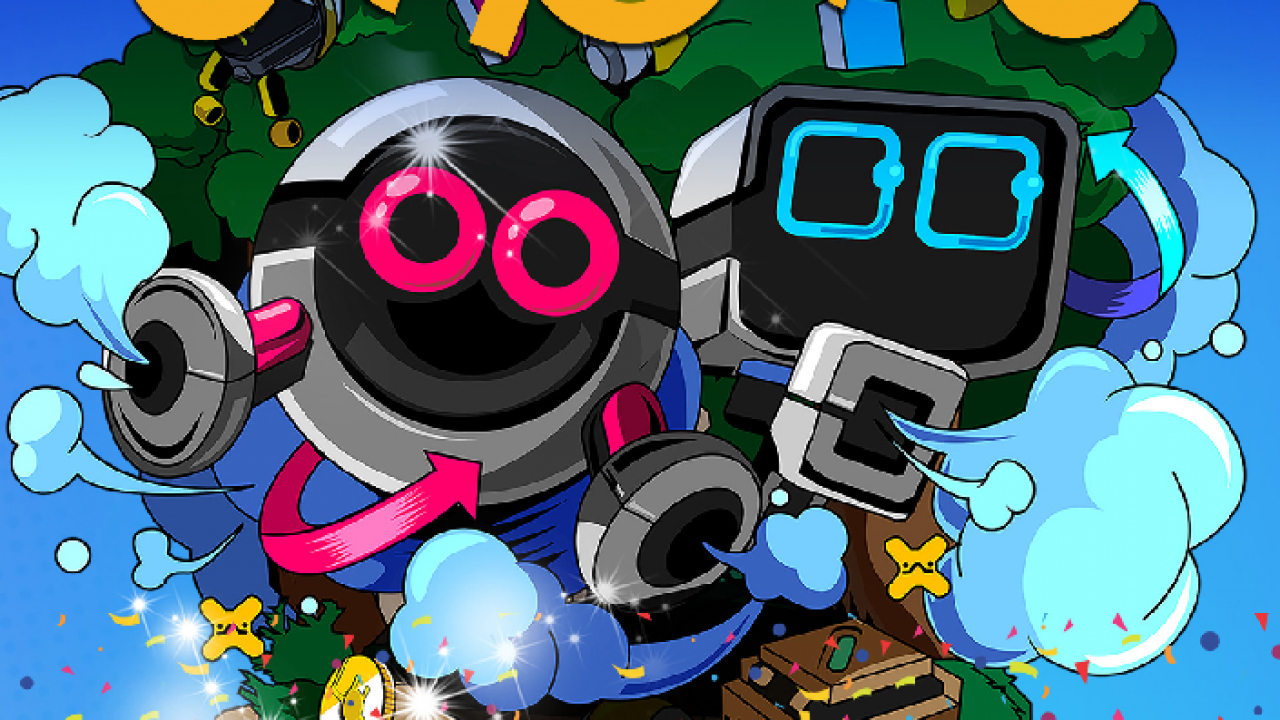 “Ok, you step. No! Not two feet, hold your other foot up! Auughh!” Coordinating all four of your collective feet with a partner is a challenge, but it’s precisely the cooperative chaos that developer NEXT Studio has in store for you in their game, Biped. Two semi-anthropomorphic robots named Aku and Sila will have to work together to light up beacons to save the Earth from darkness. Let’s wobble around and see where Biped takes us.

As you can see, Biped is, at its heart, all about cooperative play. The game starts simple enough with some movement basics and super simple cooperation. Moving up stairs and rocks, grabbing objects in the environment, and working together to raise platforms. It’s how you move that makes Biped so fun.

Not unlike Octodad: Dadliest Catch, Biped’s characters move with thumbsticks, with each stick controlling a leg. After a level or two, you’ll start having to leap over obstacles while on moving platforms. Since the platforms are often color coded to a specific bot, you’ll have to make sure the right person steps on the right place at the right time, lest that platform disappear under your feet! Each of the worlds are unique, and give the players new ways to tackle the physics-based environment. Sometimes you’ll be tied together at the waist, having to swing each other between ice cliffs, or having to work together to save robots who are stranded on a river.

Graphically, Biped is a bright and colorful game, featuring a clean and stylized world. There are ice levels, forests, deserts, and other biomes to keep you busy. Each world is full of detail such as the little footprints your biped leaves in the sand as you wobble around. It’s charming and cuteness personified.

Truth be told, my wife and I enjoyed every moment of Biped. Working together was a challenge at times, but it somehow never managed to cross over to aggravation, no matter how many times we failed. Coordination is key, and the game (albeit in an unclear way) rates you on how well you’ve done exactly that (aka your Harmony level) when you complete the level. To keep you coming back, there are challenge coins that immediately reminded me of a Super Mario game. These blue coins reveal other hidden blue coins, giving the players a timer to collect all of them before time expires. Similarly, there are collectable stars that you can pick up for the completionists among you, and picking these up lets you customize your biped characters.

Biped’s story is a simple one, and more often than not the developers let the environment tell the story instead of relying on text boxes. That said, occasionally you will get a quick bit of exposition. Sometimes you’ll advance the story with a button press, and other times it flies by before you can read it entirely. It’s likely a bug, but it does mean you might miss a detail or two.

The game does support solo play, but truth be told, I didn’t enjoy the game nearly as much without my adventure buddy. The only real issue with Biped is that my wife and I beat it in just under three hours. The game is, at the time of writing, just $14.99 on Steam — a bite sized price for a bite sized game. Here’s hoping that NEXT Studio gives us a few more levels to nibble on, either as an update or with a sequel.

Biped is a cooperative game full of fun and suitable for kids and kids at heart. My only wish is that there was more to enjoy.

Ron Burke is the Editor in Chief for Gaming Trend. Currently living in Fort Worth, Texas, Ron is an old-school gamer who enjoys CRPGs, action/adventure, platformers, music games, and has recently gotten into tabletop gaming. Ron is also a fourth degree black belt, with a Master's rank in Matsumura Seito Shōrin-ryū, Moo Duk Kwan Tang Soo Do, Universal Tang Soo Do Alliance, and International Tang Soo Do Federation. He also holds ranks in several other styles in his search to be a well-rounded fighter. Ron has been married to Gaming Trend Editor, Laura Burke, for 21 years. They have three dogs - Pazuzu (Irish Terrier), Atë, and Calliope (both Australian Kelpie/Pit Bull mixes).
Related Articles: Biped, Let's Play
Share
Tweet
Share
Submit