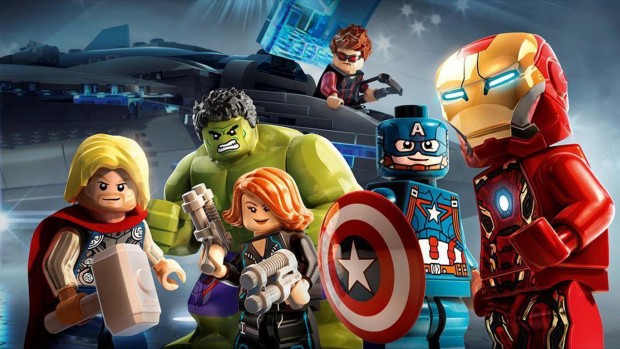 By now, most gamers are familiar with the whimsical nature of LEGO games. TT Games takes popular franchises and gives them the LEGO treatment, respecting the source material while adding in some lighthearted humor. LEGO Marvel’s Avengers differentiates itself from other LEGO sequels, though: while it still retains elements from 2013’s comic book-based LEGO Marvel Superheroes, LEGO Marvel’s Avengers is set entirely within the universe of the Avengers films, making this re-interpretation feel familiar yet fresh. Thankfully, the result is an incredibly charming experience that is one of the most faithful and enjoyable LEGO adaptations ever, if just slightly less imaginative than its predecessor.

LEGO Avengers mostly piggybacks on the established gameplay of the series. Players fight, build and smash their way through over a dozen levels from both Avengers films, as well as Captain America: The First Avenger, Captain America: The Winter Soldier, Iron Man 3, and Thor: The Dark World. However, where LEGO Marvel’s Avengers succeeds the most is in just how well it respects the Marvel Cinematic Universe. The playful nature of LEGO adds some delightful levity and humor, but the entire game still captures that feeling of wonder that comes from the Marvel universe. This is definitely a game suitable for children, but don’t let the family-friendly tone fool you – LEGO Marvel’s Avengers is a great superhero experience and a fantastic love letter to the MCU.

Part of LEGO Avengers’ authenticity comes from its excellent combat. Each of the main heroes plays like an accurate representation of their character, and it’s a credit to TT Games in just how different each character feels. Iron Man rockets around blasting foes, Thor twirls and slams his hammer, Captain America hurls his shield with grace, and Hulk dishes out damage like a brutish monster. Each Avenger carves out their own gameplay purpose and feels great to play as – even the powerless Hawkeye and Black Widow.

Of course, some of the films’ greatest action scenes come from the Avengers working as a team, and LEGO Marvel’s Avengers captures those moments excellently as well. LEGO Avengers introduces new two-character combo moves to the series, triggered by visual cues and allowing a pair of heroes to use their powers together to create entertaining power mash-ups. Thor can smash his hammer against Captain America’s shield to create a shockwave that knocks down opponents, while Black Widow might use the shield to perform an acrobatic boost into the air and unleash a barrage of bullets, just to name a few examples. These combos not only help to add variety to the already enjoyable combat, but encourage team experimentation, especially when played via two-player co-op.

As great as each character feels, though, the overall character selection tends to be hit or miss. LEGO games usually manage to throw in a huge assortment of characters, from major heroes to obscure civilians, but LEGO Avengers is an installment that suffers from its ties to the movie universe. There is a noticeable lack of X-Men, Spider-Man and Fantastic Four characters here, and while these heroes have never appeared in the MCU due to rights issues, that didn’t stop the inclusion of odd characters like Mantis or Squirrel Girl, who have never appeared in the film universe. Coupled with the fact that many characters are duplicates – Steve Rogers is playable, as well as several costumes for Captain America, for example – and some of the roster begins to feel like filler. There’s an astonishing amount of great characters, but you’d be hard pressed to find anyone who would rather play as the kid with the potato gun from Iron Man 3 instead of Wolverine.

The voice acting is also prone to feeling out of place at times. While LEGO Avengers features excellent voice work from Cobie Smulders (Maria Hill), Clark Gregg (Agent Coulson) and Hayley Atwell (Agent Carter), the game also includes audio snippets from the films that don’t always work so well. These audio clips have a not-so-crisp quality to them, with dialogue that sounds slightly echoed. These same dialogue clips also occur during gameplay, and often play in situations that don’t always fit the context. Most of the sound works well as a whole, with a soundtrack that comes directly from the films, but there are a few glaring moments where dialogue is more distracting than entertaining.

As with most LEGO games, there is also a surprisingly large amount of content. Over a dozen main story missions are available, and replaying them in Free Play mode emphasizes all of the extra unlockables. Finding red bricks and tokens will reward players with cheats and additional characters, while each stage also features a hidden Stan Lee in need of rescuing. There is also a sizable open world to explore, with dozens of side missions and content to unlock. The main story clocks in at roughly 10-12 hours, but those going for 100% completion can expect at least two dozen more.

LEGO Marvel’s Avengers may fall short of its comic book predecessor in some ways, but still greatly succeeds at creating a charming adventure that absolutely nails the tone of the Marvel Cinematic Universe. A curious selection of characters and imperfect voice clips occasionally remove you from the fantasy, but great gameplay and fantastic character variation more than make up for it. LEGO Marvel’s Avengers is one of the best family-friendly superhero games around and a must-play for any Marvel fan.

LEGO Marvel’s Avengers’ ties to the cinematic universe make it less imaginative than its comic book predecessor, but excellent superhero gameplay makes up for it. This is one of the best LEGO games yet and a must-play for any Marvel fan.

Gaming Trend's resident amiibo collector, Matt's a lifelong gamer with a soft spot for Nintendo. As a new father, Matt often struggles to stay as involved as he has been in years past but can always be counted on to come back for some engaging geeky conversations. A resident of Philadelphia, he is currently working on building up his Man Cave with all things Marvel, Star Wars, and Video Games. As an old-school gamer, Matt firmly stands by his belief that gameplay will always be more appealing than story.
Related Articles: LEGO Marvel's Avengers
Share
Tweet
Share
Submit