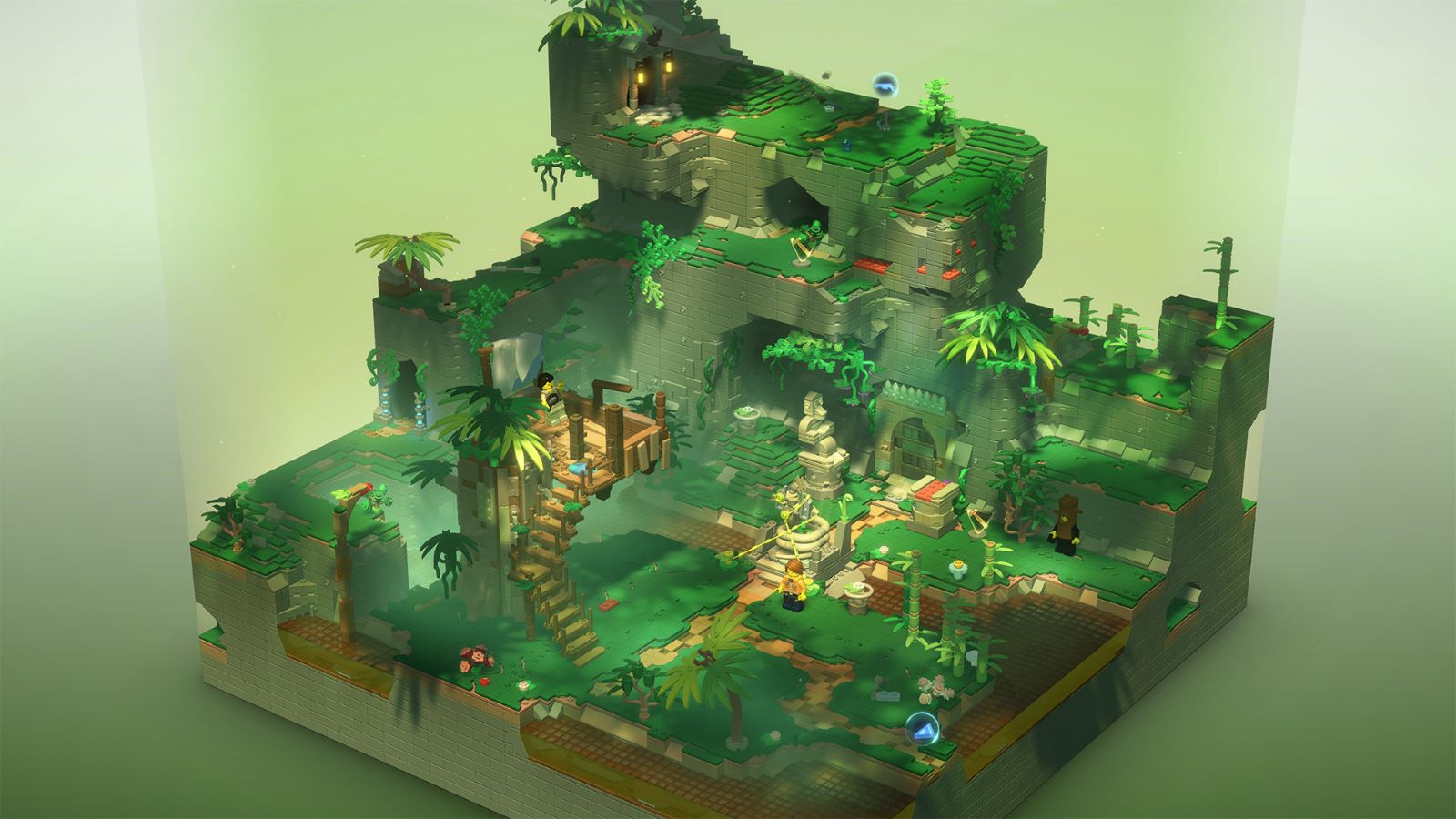 Like many children, I spent many hours playing and building with Lego block sets. Creating and then rebuilding was the loop I played all too often. Jump to today and a particular studio has brought that era to life in today’s technology.

Lego Bricktales is a puzzle adventure game developed by ClockStone. This studio is known for developing numerous construction themed titles, with Bricktales continuing their work into the Lego universe. I hadn’t heard much about this title upon release, and this is one of few Lego titles that doesn’t have a franchise or property attached to its name. However, this is the foundation of Bricktales, because it unlike any other mainline Lego games.

Individuality is one of Bricktales’ greatest strengths. The core concept of developing a Lego game where combat isn’t the forefront of the adventure, instead building objects and structures, is something I’m surprised hasn’t been done before. If you’re looking for a tl;dr, here it is; for those who love puzzles and building, Lego Bricktales is a fun, challenging, and wonderfully made experience. But that would be shortchanging this wonderful little game, so let’s dive into what makes Bricktales work. 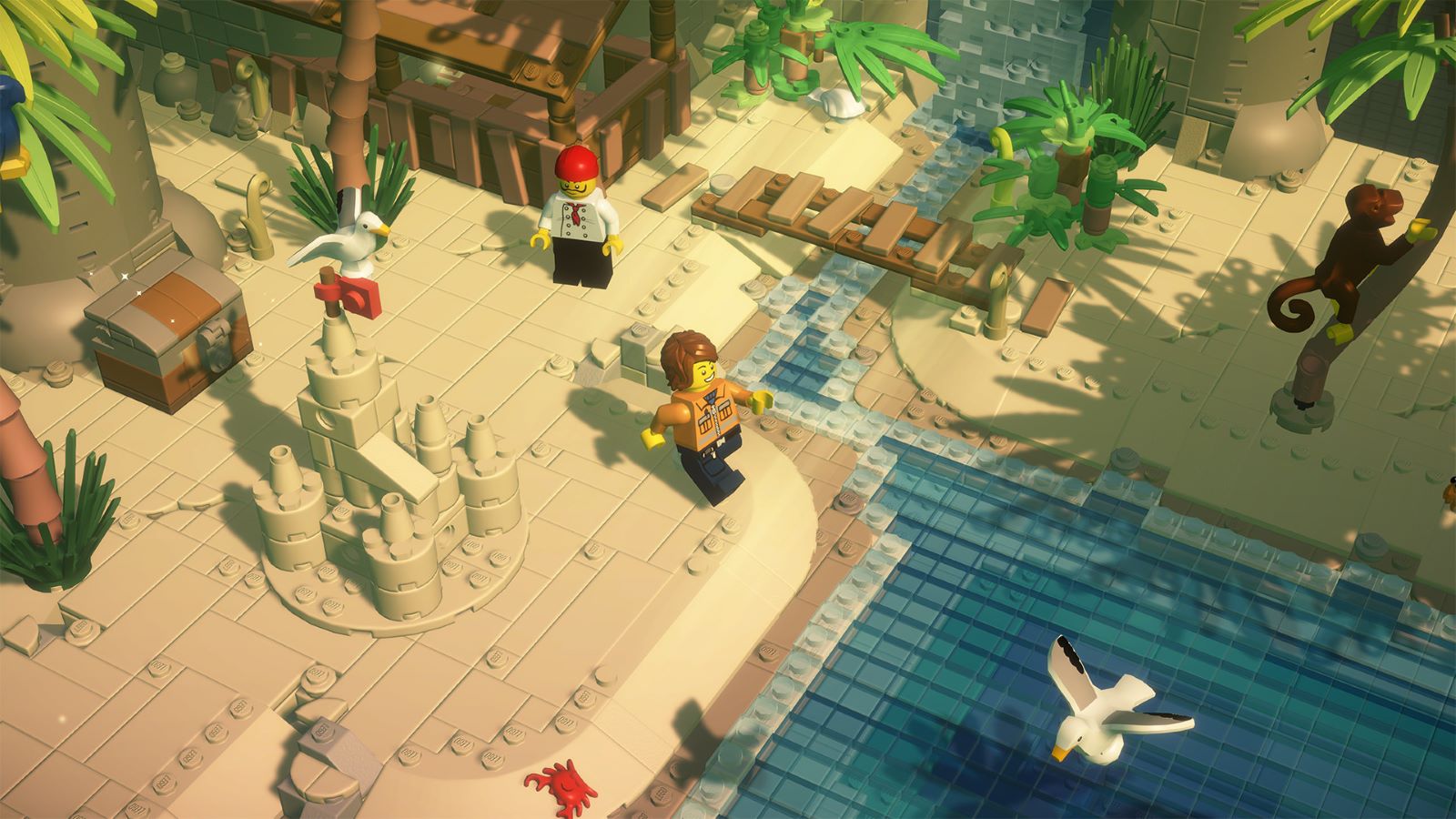 Lego Bricktales’ story is fairly simple and straightforward. You are given the task of helping your grandfather restore an otherwise non-functioning amusement park. You are joined on this journey by a robot companion who acts as your guide for both travel and story dialogue, given your character doesn’t speak a lot.

To power up the five attractions, you will need to locate five happiness crystals that will restore their power. Each crystal can be found in one of five themed worlds you travel to. In each world, you’ll meet numerous characters with engaging personalities. Each world also comes with its own set of easter eggs and pop culture references, with some of the standouts including “Back to the Future” and “One Piece.”

When you travel to each world, there is a main plotline that has you doing different tasks to help people in need. Each task boils down to this; build a structure or copy an item with Legos the game provides. The main way Bricktales sets itself apart is that players use a building system as the core gameplay loop. The system works well, and the tutorials help establish what players will be doing frequently in their endeavors. 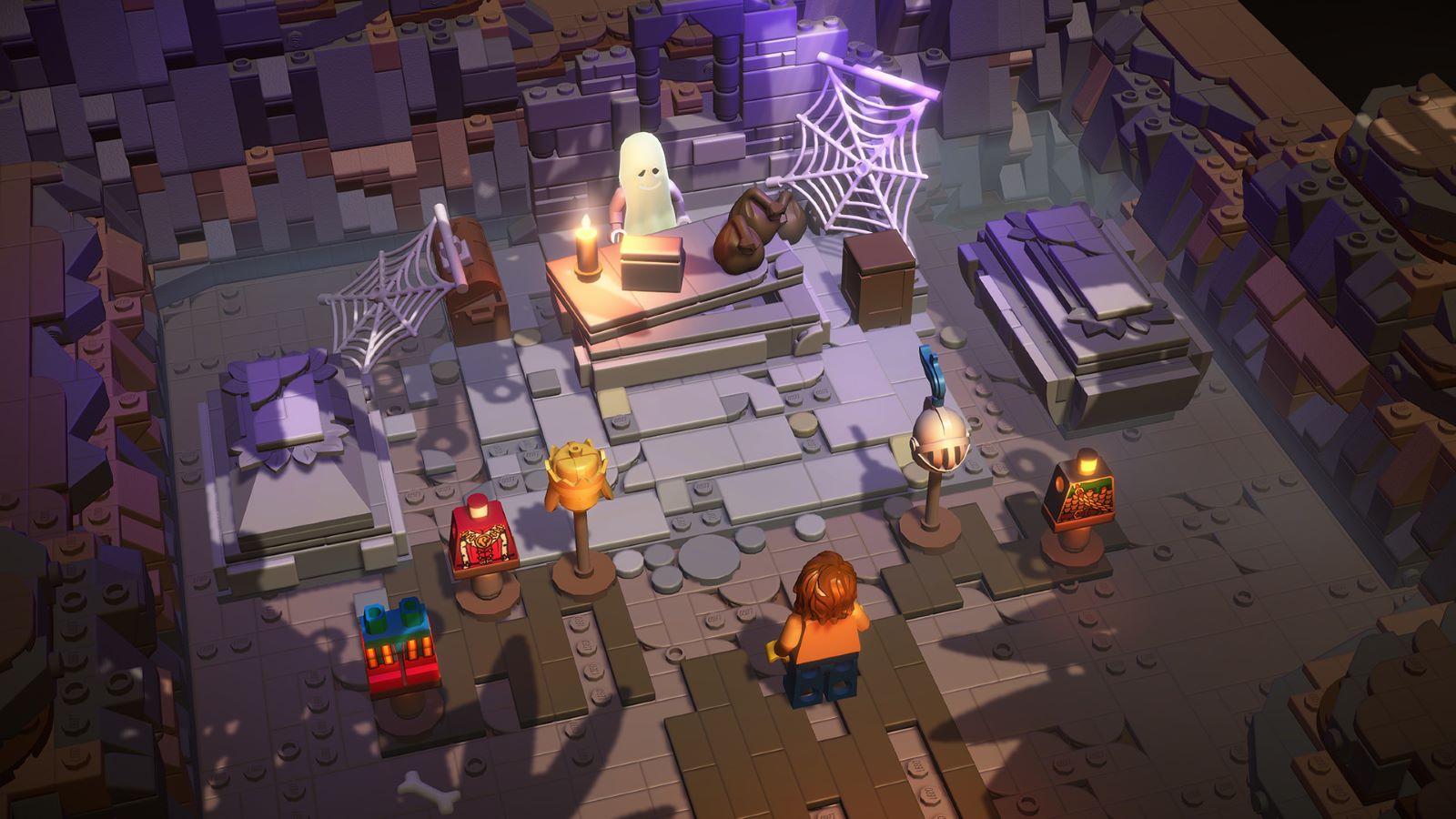 At a base level, the system translates an almost identical feeling of how building with Legos feels in real life. You can pick up, place, and rotate Legos with minimal rules and guidelines. Your block options come from a stack outside the build area (the ones the game provides). There are always enough to do the bare minimum, but the game gives quite a bit extra to allow creativity. Once you finish each build, that finished product is placed directly into the game at the location needed for the quest. It’s a very satisfying feeling when a set of stairs I spent a considerable amount of time on appeared in the game and allowed me to progress searching for items. Each type of building objective comes with its own unique and varying challenges, but my favorite was having to copy a specific build using a given set of blocks (e.g., copying a monkey statue because two are needed to open a cave entrance).

The building segments throughout the story are well paced, and never give the stagnant feeling of having to do the same task multiple times. Once you build certain structures that meet the necessary requirements, you can reload your design and add cosmetic blocks and items. I really appreciated this. Allowing players to showcase their creativity and individuality, then having them see that build come to life inside the game is a fantastic feature. An addition I would have loved to see implemented is a pure sandbox area with co-op functions. It would have added more replay ability, as well as allowing people to come together to create amazing Lego builds. 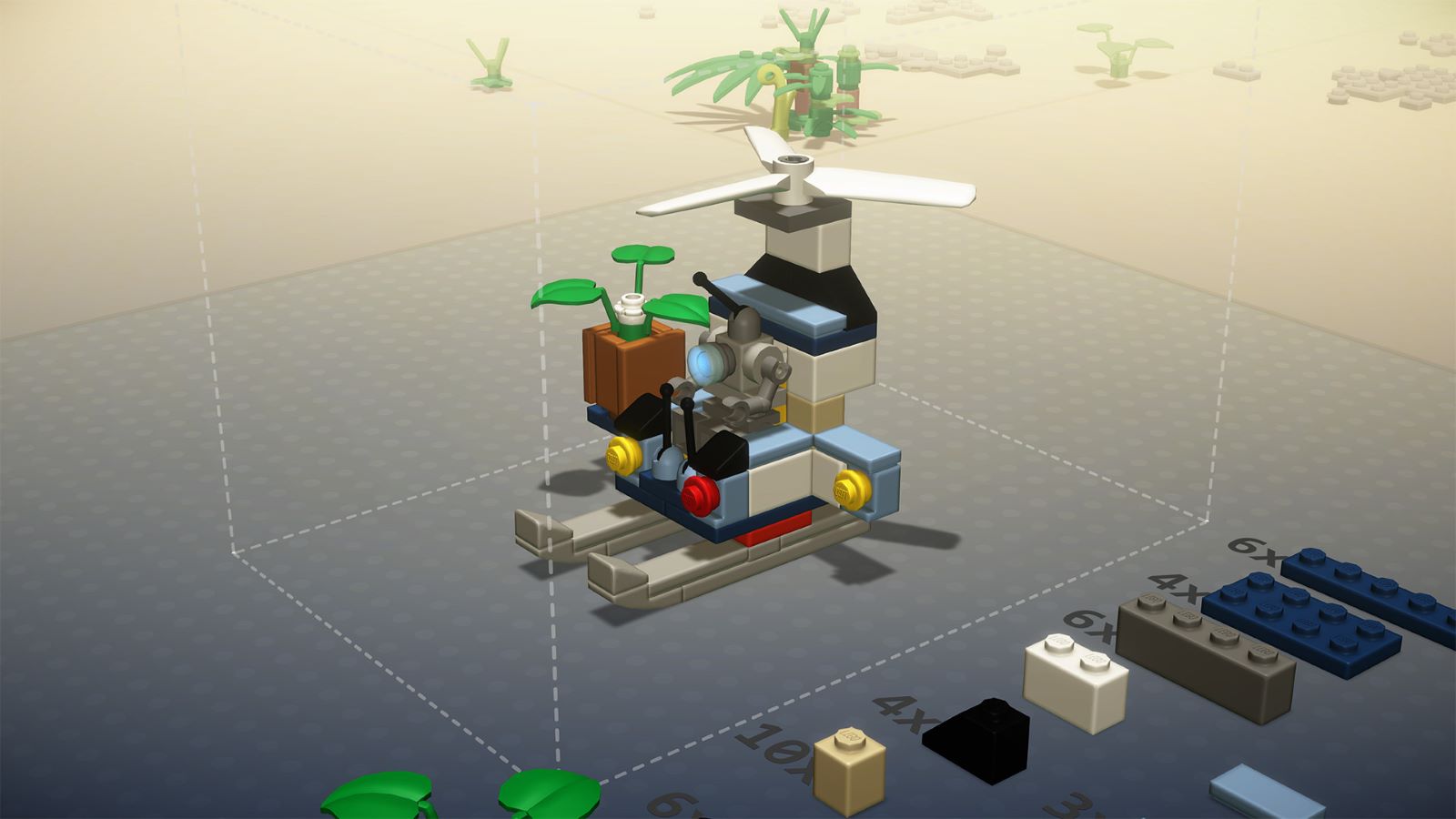 Lego Bricktales isn’t just a puzzle game but also an adventure game. The adventure stylings are exactly what you would expect from a Lego title. Hidden secrets and hard to find collectibles are evident all throughout each world. Like other Lego games before it, Bricktales has the perfect consistency that always has me looking around corners. While walking through different areas, the camera is fixed for the most part. This is because the game allows you to tilt and twist the camera around the world itself from the pause menu. I think this is a genius move because it helps to set this game apart from previous Lego entries. Having to rotate around the worlds to see hidden areas or levers to unlock doors made it much more engaging while adventuring.

Bricktales is a great adventure and brain scratching puzzler. Upon completing the game and achieving the platinum trophy, I can only point to one big pain point within the game as a whole. I mentioned it early but there is a lack of an open sandbox mode. After finishing the story, I was expecting that feature to unlock and be available. I was pretty disappointed when it didn’t, because it makes sense, it’s been done in previous Lego games, and adds longevity.

For a studio that hasn’t previously made any Lego titles, I feel they checked pretty much every box on what makes a Lego game a Lego game. This isn’t for everyone but isn’t made to be for everyone. If you are someone who seeks building in a game, I highly recommend Lego Bricktales. People often say that they don’t enjoy Minecraft because there aren’t guidelines or a direction to the building. I believe Lego Bricktales is the perfect solution and encourage people to give it a shot.

Noah is the resident weeb who spends most of his time gaming and watching anime. His goal is to expand his skills while meeting new people. You have probably seen him feeding the other team kills in Overwatch Comp or speculating Star Wars and One Piece. Follow him on twitter @RigsbyNoah.
Related Articles: Lego Bricktales
Share
Tweet
Share
Submit