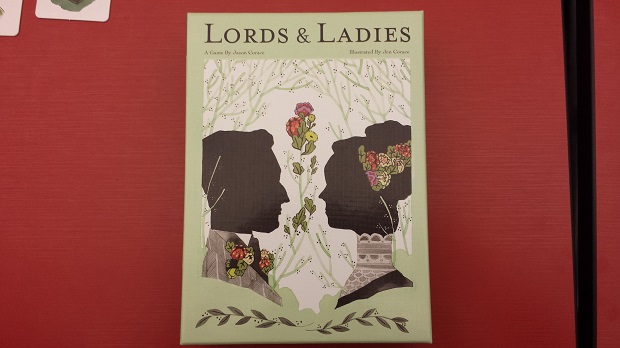 I love heavy Euro-style games. Love them. Agricola is my favorite game. I think Caylus is fantastic. Hell, I probably like Last Will more than anyone else in the whole world. But here’s the problem: my gaming group doesn’t like them. There’s a couple people in the group who just don’t like moving cubes and placing workers, and, since our game day is after work on Mondays, we really don’t have time to learn and play a big giant game with a bunch of bits and complicated rules anyway. So I’ve had to learn to adapt my tastes to meet the requirements of the group. I’ve learned to keep my eyes open for lighter, shorter card and dice type games, because that’s what works for the group. That’s not a bad thing, as I have been exposed to some pretty fun games that I wouldn’t necessarily have noticed otherwise.

Eagle-Gryphon Games has a series of games called the Bookshelf Series that illustrates my point. I backed one of the games in the series, Musee, on Kickstarter because I figured it might go over well in my group. It’s not the kind of game that I’d normally pay a ton of attention to, but it’s lighter weight, and the art looked cool, so what the heck. When I got my hands on Lords & Ladies, another entry in Gryphon’s Bookshelf Series, I immediately thought of my gaming group. The game is card-based, easy to learn, and it plays in about an hour. It fit my group’s parameters, but in order to be a game that we reach for multiple times, the game obviously needs to be fun. Unfortunately, Lords & Ladies is sort-of fun, but it also sort-of isn’t.

Each player represents a Victorian-era noble family in Lords & Ladies. By marrying, having children, and hiring servants, players try to earn the best reputation in all the land. Nasty rumors and spreading gossip undermine these attempts. Whichever family can collect the best marriages, children, and servants while avoiding the backstabbing efforts of their neighbors will be victorious.

Lords & Ladies is played over a series of rounds, with each player taking one turn per round. Each turn consists of a player making two decisions: 1. Take two gold or take one gossip card. 2. Perform one of the following actions: Marry an available suitor, hire a servant, roll to have a child, or take an additional gold. At any time during the round any player can play gossip cards, use a servant’s power, pay off gossip with gold, or buy a victory point with gold. There’s a bit more detail to the game, but those are the general rules. The game is quick to teach and pretty easy to learn, which is always a good thing when you are pressed for time.

Players all start with a default Lord or Lady. Players then begin to build their families through hiring servants or selecting spouses. (They can be opposite-sex or same-sex depending on player preference. All players need to agree on one way or the other for the game mechanic to work.) Hired servants have special powers to benefit the player, such as the ability to cancel gossip or increased virility for couples. Servants are also worth victory points. Marrying a suitor provides two benefits. First, most of the suitors provide victory points. Second, being married allows the couple to attempt to have children. Each person has a set number of birth points. To attempt to have a child, the player adds the birth points of both prospective parents. Then the player rolls a die, and if the number on the die is less than or equal to the number of birth points, then a child is born. The player then draws a tile from the pile of birth cards.

Wait, did I just say “tile?” Yes I did. Lords & Ladies is a card game, and the servant cards and suitor cards are cards, just like you would expect. But the starting lord and lady cards and birth cards are actually shiny cardboard tiles. Why, you ask? Because the game comes with a dry erase marker that allows players to name their starting lord or lady and all of their subsequent children. You can tell a lot about a person by how they name their family members. Some will take things very seriously and come up with Victorian-sounding names, or even pull names out of Jane Austen novels. Others will simply name their people 1,2,3 etc. Others still (me) will take great delight in naming their people totally-mature things like Lord Crotch and Lady Smelly Butt. For me, coming up with ridiculous names and then constantly referring to my people by them is by far the most fun part of the game. It’s a small detail, gameplay-wise, but it took some effort to include the cardboard cards, and I’m so glad that Eagle-Gryphon did because it ups the fun factor of the game by a bunch.

Gameplay continues with players hiring servants, getting married, and having children. Eventually, when players start to notice others taking the lead, the gossip cards come into play. A player may play a gossip card on another player at any time. These gossip cards are hurtful rumours that punish the player on which they were played. For example, one of the gossip cards is Infertility, which reduces a couple’s birth points by four for one round. Another is Financial Ruin, which causes a player to lose all of his or her money. Once a gossip card is played on a player, the rumour must be confirmed by another player before the end of the round for it to take effect. So for example, Lady Giantbottom is served an Infertility gossip card by Lord Stupid Face. If any other player has the same Infertility card or a Wild Card, they may play it before the end of the round to confirm the rumour. In this case, Lady Poop does have an Infertility card, and she decides to play it on Lady Giantbottom to confirm the rumour. The rumour is true, and Lady Giantbottom is forced to spend a turn with decreased birth points. That is, unless Lady Giantbottom has six gold. In that case, she can opt to pay to make the rumour go away. The end of the game is triggered when a player finishes a round with 18 victory points.

The part of the game where players build their family is fun. The rolling for children is a fun little mechanic. In our games, when someone rolled for a child and missed, the table would explode into cheers. Obviously, naming your family is fun, although I think the more mature among you may not have the gleeful joy that I do.

Unfortunately, there are also some pretty significant flaws to the game. The first flaw is the decision every turn to take either two gold or one gossip card. Gold is powerful in this game. It can be used for buying victory points or making gossip go away. Every player wants to have a pretty big pile of gold. As a result, players choose to take gold over gossip cards almost every time. This leads me to the second flaw, that the gossip system doesn’t work very well. As I just stated, players almost always take gold at the beginning of their turns. This means that almost nobody has a significant number of gossip cards. Cards need to be matched by a second player in order to go into effect, but if nobody has very many cards, the odds of gossip cards being matched are slim. And even if a gossip card is played and matched, most players have a pile of gold sitting in front of them, so they simply pay gold to negate the gossip. This just reinforces the cycle of players taking gold instead of gossip cards. Finally, the race to 18 points seems to end too quickly. The first couple of turns are spent establishing one’s family. After that, players try to have as many children as possible. The points come steadily until suddenly everyone is at 15 or 16 and everyone is scrambling to block the person whose turn it is from getting the final two points. I just don’t feel like 18 points allows enough time to establish a strategy. Bonus cards provide points for having the most generations or servants, but they barely come into play because players can get to 18 points without them. Admittedly, this final criticism could be solved by simply increasing the victory threshold to a higher number.

It’s a shame that I don’t like this game more, because I sure do have fun being a creative idiot when I name my people. However, the flaws in this game outweigh the benefits. It’s a decent game, but I fear that it just isn’t good enough to hit the table very often.

There’s some fun to be had here. The first half of the game is fun. But the gossip simply doesn’t work the way it’s supposed to. Eventually players all get caught up in a sprint for the end where the player who scores three points instead of two the last turn wins the game. There’s not enough time to let strategy come into play.