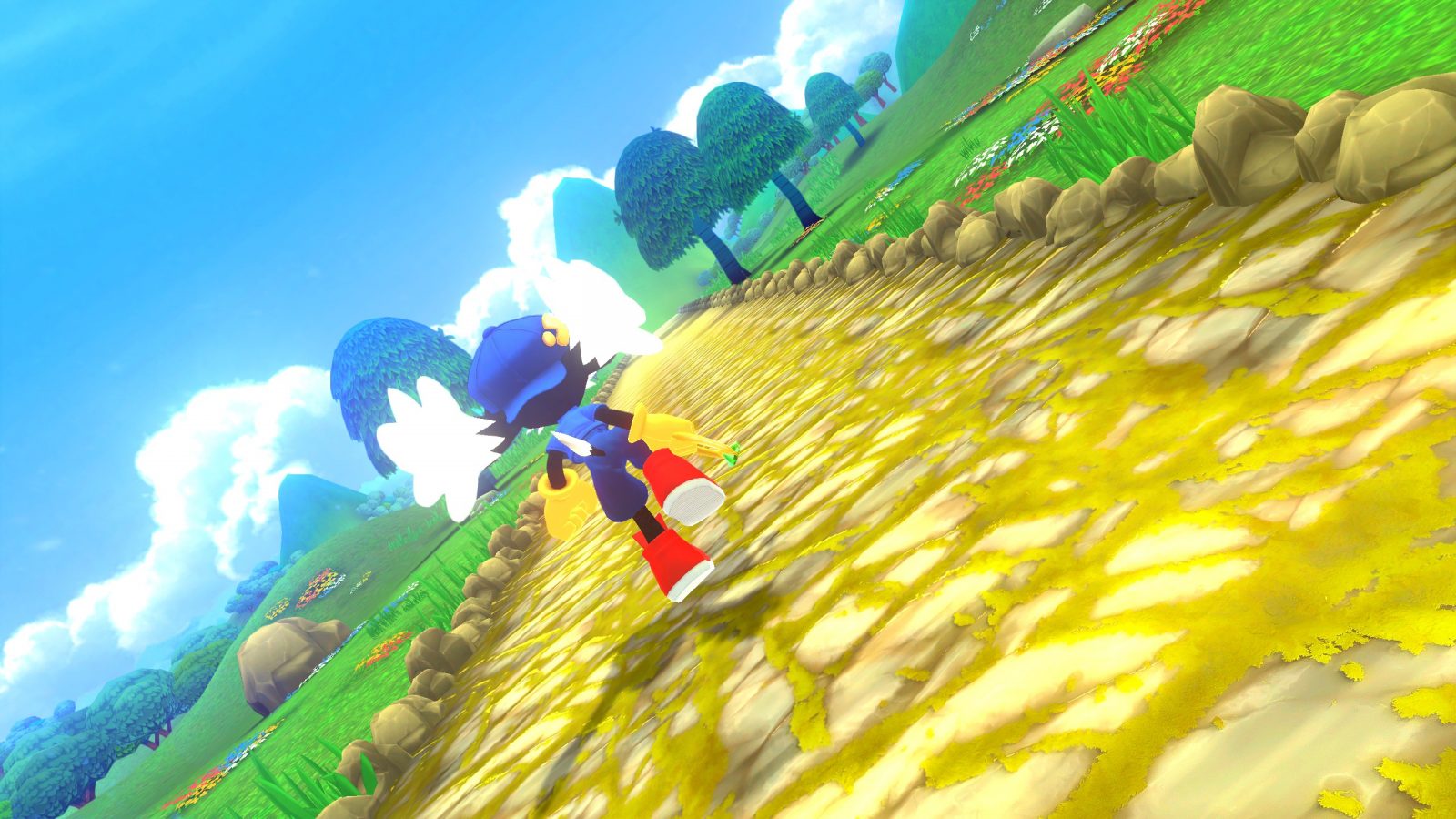 Phantomile is a peaceful land of dreams. Klonoa lives happily with his grandfather when a magic ring falls from the sky. Inside the ring is a spirit by the name of Huepo, and the two become best friends. Eventually, Klonoa has a dream of an airship crashing into the nearby mountain which turns out to be prophetic. The airship browns to the dark lord Ghadius, who kidnaps the Diva Lephise and wants to turn Phantomile into a world of nightmares. Klonoa and Huepo set off to stop him on an emotional adventure.

Klonoa Phantasy Reverie Series is a compilation of Klonoa’s two console outings – specifically the Wii remake of the PS1 original and the PS2 sequel. Both are 2.5D platformers in which you jump through mostly linear stages, called Visions, using the Wind Ring to defeat enemies, reach new areas, and get to the goal. Klonoa can jump with A and even hover for a moment by holding the button. By pressing X, he can shoot out a wind bullet which will activate certain switches and, more importantly, allow Klonoa to hold an enemy above his head. He can then throw them left, right, or into the foreground or background, as well as toss them down for a second jump. It’s a relatively small moveset, but both games get a ton of mileage out of it thanks to some inventive level design.

Each world has at least two Visions in it, usually three in Lunatea’s Veil. Each Vision contains 6 creatures for you to save along with 150 gems to collect. Neither are mandatory, but collecting everything in a world will unlock things like levels or concept art. Most of these are in plain sight, but actually collecting them can be easier said than done. For example, you may need to chain enemy jumps by catching and throwing several in mid-air or even find a way to navigate part of the level without using an enemy so you can throw it later. The levels are all fun to navigate, with the exception of exactly on screen in 2, and the difficulty even ramps up nicely between both titles.

Klonoa is a joy to play, and what sets it further above its contemporaries is the story and characters. The cute, cell-shaded art style belies some tragic events that occur, especially in the first game. These are still kids games, but both end on depressing notes that really make you cherish the adventure. I do find Lunatea’s Veil to be less impactful than Door to Phantomile, but it’s still incredibly charming and adds in some new gameplay mechanics like snowboarding. 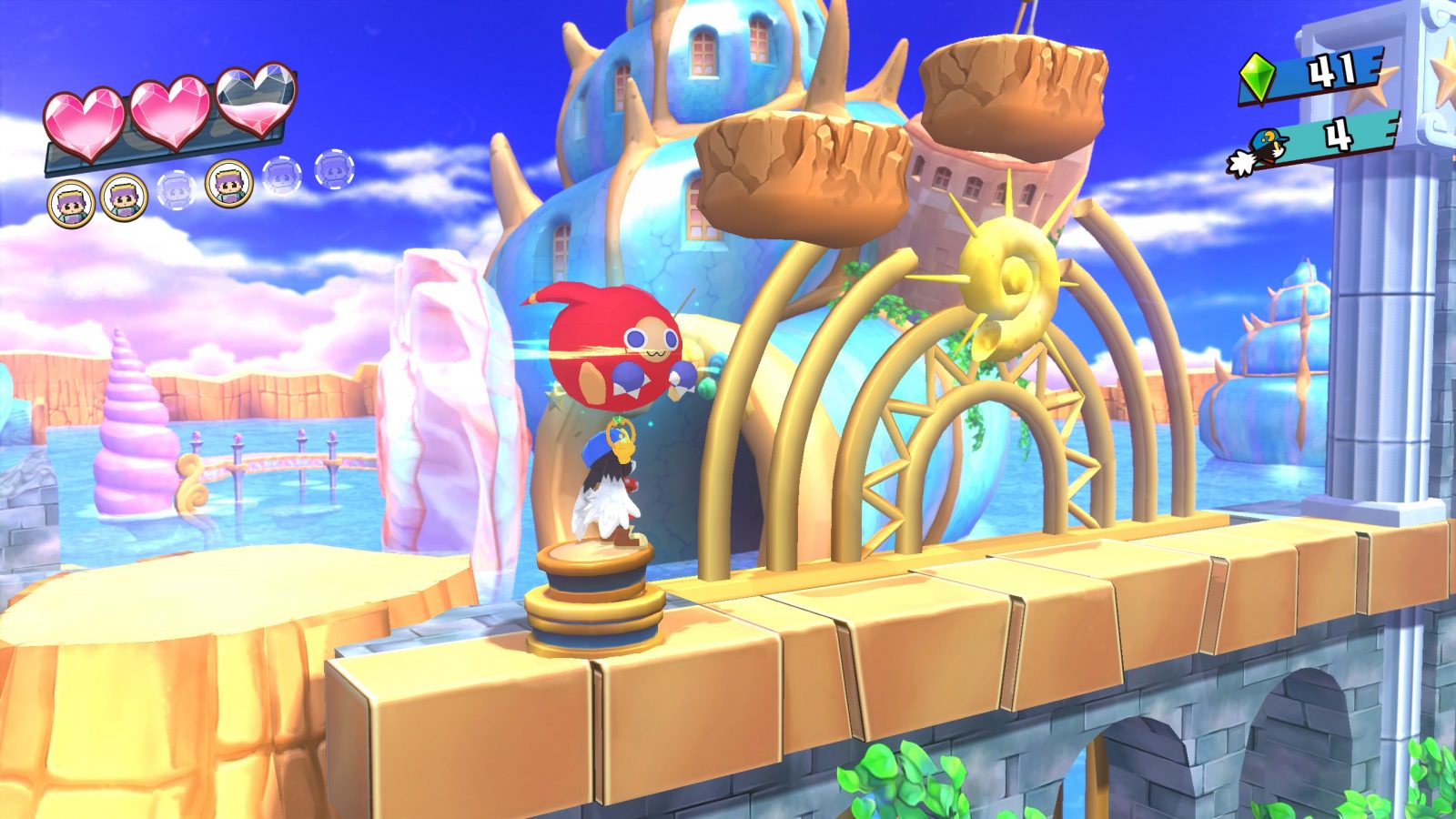 I played the game on PC and, while you can still tell these were originally made just before HD became standard, the uprez looks great. The colorful, cartoon art style holds up incredibly well as does the music. Sadly the voice acting isn’t so lucky in Door to Phantomile. It uses the compressed gibberish from the PS1 original which sounds out of place next to the clear and crisp soundtrack and sound effects. I do prefer the gibberish, which sounds like a mix of Japanese and French similar to Gravity Rush, but it would have been worth it to redo or uncompress the VO here, or heck even include the English dub from the Wii release this is based on. Lunatea’s Veil does not have this issue, thankfully, but it instead has a weird instance of cutscenes’ dialogue progressing automatically only some of the time. Other times you’ll be made to press A to advance, but only when the voice acting is done anyway so this strikes me as a very odd choice. Both games also have the small issue of skip and fast forward prompts being constantly on screen, and it would have been nice to disable these.

In terms of settings, there’s not much here aside from the texture, shadow, and anti-aliasing quality. You can also toggle Depth of Field and Bloom, but I imagine the Resolution makes the most impact. Once you’re in a game, there are a few more options like toggling auto-save, vibration, clear time display, an awful pixel filter, and turning the pointless tutorials on or off (I recommend you turn them off as the game is simple enough to not need pop-ups every few minutes). It’s also worth noting that there’s a weird camera smudge/lighting filter on screen at all times you cannot disable. You can also remap the controls to your liking as well as change the single button player 2 uses on their controller to give Klonoa an extra jump. It’s a similar feature to Mario Galaxy’s multiplayer, so I imagine it’ll allow a bunch of very young kids to play with their parents. Weirdly though, you have to connect at least two gamepads to use this feature, as you can’t map Player 2 to the keyboard, and plugging in a single controller recognizes it as Player 1. There is also an easier difficulty mode which gives Klonoa more hearts and the ability to throw enemies farther as well as disabling the lives system which should help even more people play the game. I do wish you could pick and choose parts of the easy mode, like only having enemies fly farther while keeping the lives system and only three hearts, but it’s not a big deal. 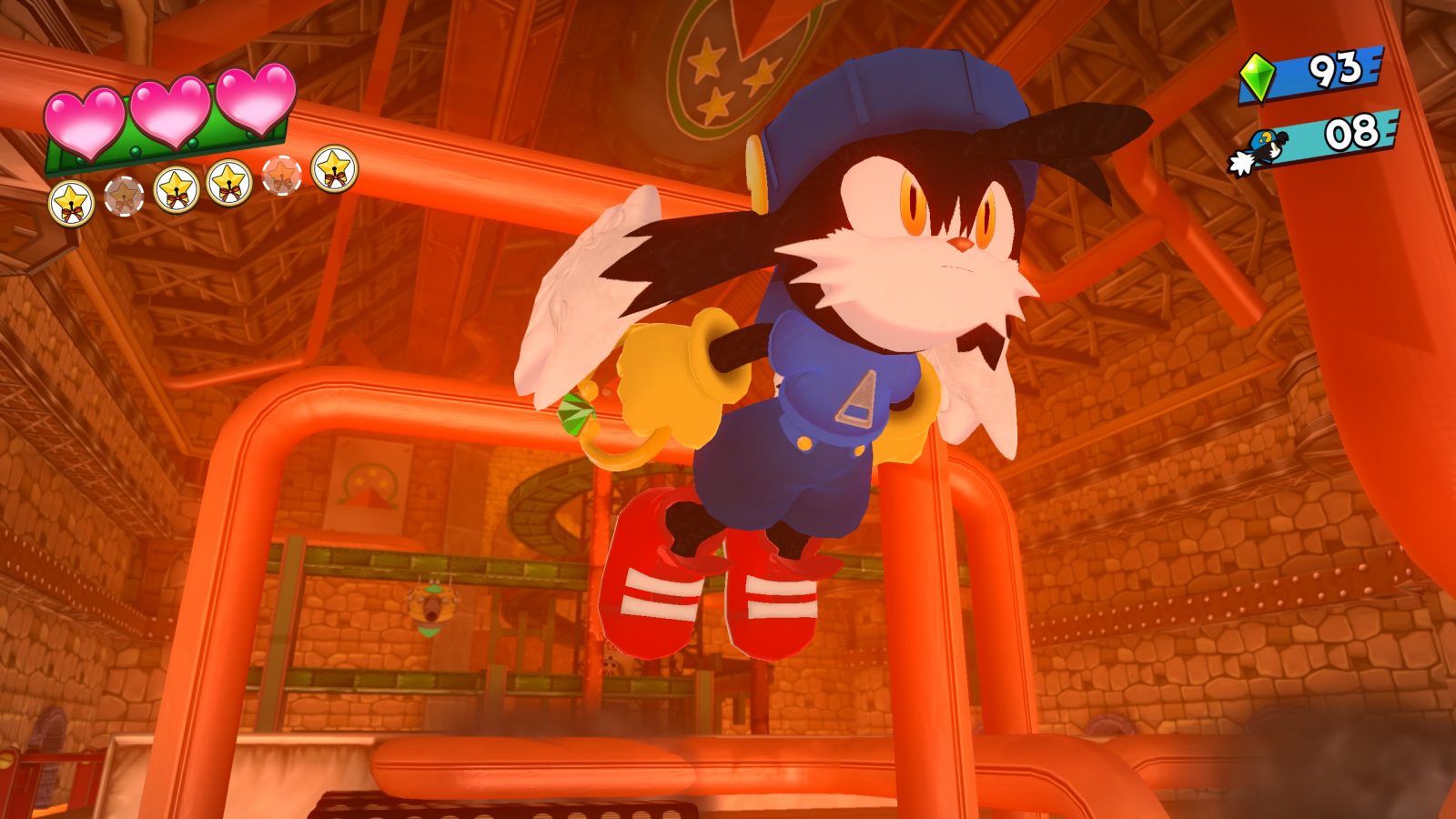 Finally, the game released with day one DLC for $20 giving you access to a digital artbook and soundtrack as well as several costumes referencing other Bandai Namco properties like Katamari and Pac-Man. The art is nice, but you can only view it and listen to the soundtrack in a special app, so no copying the OST to your phone. To put it simply, in addition to the $40 the game already costs, this just isn’t worth the money. Don’t get me wrong, these two games have quickly become some of my favorite platformers of all time, but that’s a bit steep for a cheap feeling package that doesn’t include the two GBA titles. This adorable rabbit cat thing deserves better. With that said, it took me about nine hours to get through both games, and it definitely left me wanting more. Let’s hope our boy doesn’t disappear for another decade.

Klonoa Phantasy Reverie Series contains two of the best 2.5D platformers out there. With adorable characters and a heart-wrenching story, it’s well worth diving into the world of dreams despite the less than bare minimum updates made. Wahoo!

David is the kind of person to wear his heart on his sleeve. He can find positives in anything, like this is a person who loved Star Fox Zero to death. You’ll see him playing all kinds of games: AAAs, Indies, game jam games, games of all genres, and writing about them! Here. On this website. When not writing or playing games, you can find David making music, games, or enjoying a good book. David’s favorite games include NieR: Automata, Mother 3, and Gravity Rush.
Related Articles: KLONOA Phantasy Reverie Series
Share
Tweet
Share
Submit