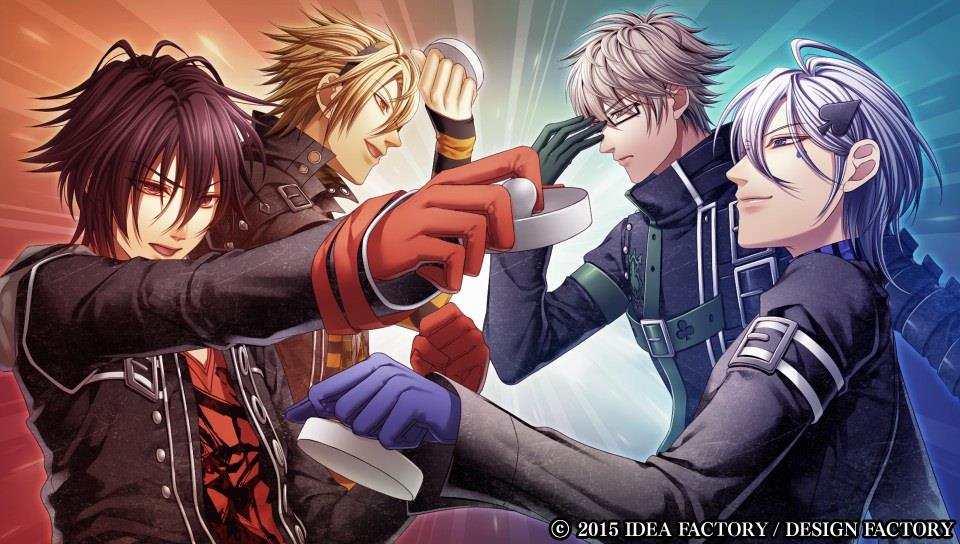 As easy as it would be to call Amnesia: Memories a simple dating sim, Idea Factory’s visual novel takes out a lot of the catering flirtation expected from the genre in favor of creating mysteries that just happen to be tied to its multiple potential romantic options that the player will have to choose from, to varying degrees of success.

Amnesia puts you in the shoes of a young woman who awakens to find herself mentally bound to an elf-like spirit named Orion, who explains to the protagonist that his presence wiped away all of her memories. In order for the two to separate, they must find a way to recover the memories that she lost by trying to learn as much about her past life as they can, while trying to not reveal to her friends and prospective suitors that the friend they’ve known for years has no idea who any of them are. Players then choose between one of four routes, each of which will have the protagonist awaken in the same city, working the same job, and living in the same apartment. However, the connections she has with the characters she’ll come across vary greatly between each route, and she finds herself in a different romantic relationship in every alternate world.

This setup helps Amnesia avoid feeling like a harem for the player to toy around in, but instead four distinct stories where the romantic interests are at the center. As the protagonist goes about her daily life, meeting friends again for the first time, learning how to work at her job at a local café, and deciding how to deal with her relationship with whichever man she finds herself committed to, pieces of her memories will come back, usually pertaining to her current relationship. Each route has the player arriving in a time of turmoil for the protagonist and their lover, but without the memories they need to make sense of what’s going on. Slowly regaining memories allows Amnesia to unravel its individual narratives in a way that is sometimes misleading, and can have you potentially trusting the wrong people or wary of those with your best interests in mind.

With Orion’s guidance, you’ll go about your daily life while trying to recover your memories. Amnesia does a pretty great job of slowly revealing clues that may misdirect you, but it manages to reveal compelling mysteries in a way that’s smart and keeps pulling you through.

What you do with the information you slowly learn through remembering brief snippets of events is what will determine the nature of your romantic relationship by each route, and in turn what ending you’ll get. Amnesia has 26 endings in total across all routes, but each story has its own “good” ending, which is required to unlock the final route and the “true” ending. There are a great deal of variations as to how everything can go down, but strangely, the road to get to the good endings for each of the initial routes has some questionable content.

Each of Amnesia’s love interests has a bit of a rocky relationship with the protagonist, and the good endings of each route do end with the relationship managing to work itself out. However, getting there typically means enabling the men of Amnesia to treat the protagonist poorly, without so much as standing up for herself in nearly any case. Shin is constantly calling her names and making snide insinuations about her intelligence, Kent is insensitive and crass toward her, and Toma’s controlling nature reaches unforgivable heights; but all must be forgiven and forgotten to reach the final route and the true ending. Amnesia rewards the player for being submissive and compliant rather than allowing players to question the actions of these men. At its best, it’s annoying; at its worst, it’s offensive.

Amnesia is constantly going back and forth between endearing and distasteful. The romantic interests are often painted in a negative light, but in order for the player to make it to the “true” endings of each route, you can’t call out any of their poor treatment.

Despite the controversial aspects of the original routes, the true route and presumably canonical ending does end on a very poetic and genuinely romantic note, and it manages to explain much of Amnesia in a way that is actually pretty remarkable. It’s just a shame that to get to the best parts the player has to forsake some dignity and endure some pretty terrible treatment.

Amnesia: Memories manages to undermine much of the baggage that dating sims tend to have, but only does that after it’s dragged the player through the worst of it. There’s a lot of authentic romance and the gorgeous score and aesthetic brings home much of the emotional delivery of almost every one of its stories, but it’s unfortunate that the best moments are buried under ones that feel disrespectful to women, the player, and the strength of the overarching narrative.

While its story is clever, well-constructed, and filled with some great moments, Amnesia: Memories encourages players to not question or challenge the mistreatment they experience at the hands of their romantic interests, ultimately undercutting a lot of its standout moments. You can stand up for yourself plenty, but doing so means you won’t see the excellent ending that makes the large time sink worth it.