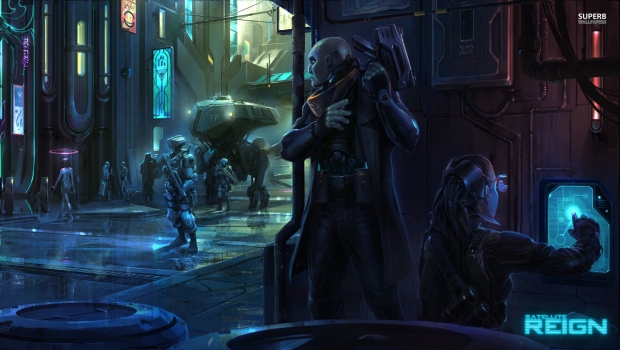 From the opening credits seeing a familiar and updated Sierra logo, King’s Quest is an impassioned revival of the adventure genre. Everything including the art style, signature humor, and point and click nature hearkens back to a time where games were simpler and more family fare. Developers The Odd Gentlemen have written a love letter to original creators Ken and Roberta, but is it possible to resurrect a venerable series now 32 years later?

King’s Quest’s first chapter (the game is being told in an episodic five chapter format) is entitled A Knight to Remember and kicks off with Graham squaring off against a dragon on a quest to retrieve a magic mirror (fans of the original will find this and many other throwbacks, though it’s not necessary to have played the eight numbered previous titles). The story unfolds as Graham, now an old man (and voiced by Christopher Lloyd), tells his young granddaughter Gwendolyn about his days as an adventurer. The first chapter focuses on the aforementioned magic mirror, but then jumps back to Graham’s teenage years covering the story of how he became a knight in the first place. Using allegorical storytelling, Graham embellishes his story, crafting a wonderful tale that reinforces the type of adventurer you want your version of Graham to be, and what you hope your granddaughter might one day become. It makes for a fantastic and heartwarming story, and more than once I felt a wide smile spread across my face.

You are standing on that dragon’s lunch. Wise? Not exactly.

“It wasn’t exactly how I remembered, but it wasn’t all that different either”

One of King’s Quest’s greatest strengths isn’t necessarily apparent or obvious until a subsequent playthrough. Your first run will take you roughly 6 to 10 hours, depending on how much you repeatedly click on things, but your second one might take just as long. The reason is simple – there are quite a few scenarios in the game that have no right or wrong solution. Being able to tackle a problem several ways crafts a world to your playstyle, focusing on the decisions made by your version of Graham. One example at the end of the short prologue leaves you with three choices on how to deal with a little dragon problem. You can shoot it in the eye, you can shoot a nearby restraining system holding it in the cave, or you can shoot a nearby dinner bell to distract the beast. This is your first window into the game’s decision system, giving you the option to choose bravery, compassion, or wisdom. If you’ve seen the movie Big Fish or The Princess Bride, you know exactly what you are in for here, not only in terms of humor, but also flashback and exposition.

Squire Graham, in his klutzy quest to become a knight, has three trials to pass — one of Strength, one of Speed, and one of Wits. Unlike some adventure games, I always felt like the puzzles made at least some level of logical sense. The action sequences were simple and broke up the searching and clicking business with a bit of light hearted fun. Sure, walking hither and thon did eat up some time, but if you had some sense about the objects in your pack, you likely won’t do too much backtracking.

The way King’s Quest handles death (yes, you can die) is fantastic. A far older Graham is telling the story, so he’ll make a statement like “And that’s what would have happened if I turned the left switch. But since I’m here telling you this story, you know I pulled the right one!”, providing an often comical failure state without the sting of restarting a section.

Passing on the legacy to the younger generation.

The voice acting in King’s Quest is absolutely top notch. Older Graham is voiced by Christopher Lloyd, and younger Graham is handled expertly by veteran Josh Keaton. Maggie Elizabeth Jones turns in a fantastic performance as Gwendolyn, and Zelda Williams voices Amaya Blackstone, with The Princess Bride’s Wallace Shawn as micro-knight Manny. Tom Kenny from SpongeBob SquarePants, Gideon Emery from Teen Wolf, Jean Gilpin from Frozen, and the list goes on and on. The whole cast is star-studded, and they all stand out in the best way possible. As amazing as they are, though, none of them can match the incredible sound score.

Using pieces from the original King’s Quest, and songs that are easily inspired by the same, the soundtrack for King’s Quest is an absolute masterpiece. The music stays in the background, accenting the best parts of the adventure. Composer David Stanton takes something that was 8-bit and creates something absolutely amazing and cinematic. It provides a warmth that is very supported by the cast of the game.

If there is one failing in a fully-voiced adventure game, it’s voice repetition. In a game like King’s Quest that outright encourages you with horrible, horrible puns to try the “wrong” solution several times for comedic value, you’ll end up hearing repeating dialogue frequently. Unfortunately, there is no way to click past dialogue you’ve heard previously, meaning you’ll get to hear things “just one more time” when you reach the end of the comedy rope. Similarly, the cutscenes that showcase a puzzle or area will repeat, creating some unnecessary frustration. This should be an easy fix, so here’s to hoping this is corrected for the next chapter.

We’ll be seeing a LOT more of Gwendolyn in future chapters.

As I mentioned in my E3 preview, the artwork of King’s Quest is cel-shaded, but it’s not quite what you imagine. You see, the art is actually hand painted. That is to say that the team drew out the art pieces on paper, scanned them in at a very high resolution, and then re-imported them into the game. The effect is one where the characters have a look and feel of a painting in motion. Water takes on a swirled look like you might imagine if it was done with colored pencils, but with transparency and motion. Graham’s cape flows in the wind, streaming behind him. There aren’t thick lines like most cel-shaded efforts, but the result is a stylized look entirely unique, and one that feels warm and new.

Much like other episodic games, I don’t want to ruin the surprise for you on just how the game unfolds, but there are many reasons to experience it from multiple angles. In my first run through the first chapter I picked up just a few of the possible achievements, and I already wanted to go back and discover just how else I might solve some of the puzzles I encountered. What if I used this object differently, or what happens if I didn’t make this choice or that? It feels like a choose-your-own-adventure book come to life, recreating the “I didn’t move my finger!” storytelling from our childhoods. In a world where reboots are merely a fresh coat of paint, King’s Quest stands above them all. Heads up — this is how it’s done.

King's Quest - A Knight to Remember

With an eye towards fan service and a nod to incredible storytelling of old, King’s Quest resurrects the genre with style. The first chapter is expertly written, and the hand-crafted nature makes it feel unique in the genre. If only the team would let me skip some of the incredible voice work so I could experience all that it has to offer.

Ron Burke is the Editor in Chief for Gaming Trend. Currently living in Fort Worth, Texas, Ron is an old-school gamer who enjoys CRPGs, action/adventure, platformers, music games, and has recently gotten into tabletop gaming. Ron is also a fourth degree black belt, with a Master's rank in Matsumura Seito Shōrin-ryū, Moo Duk Kwan Tang Soo Do, Universal Tang Soo Do Alliance, and International Tang Soo Do Federation. He also holds ranks in several other styles in his search to be a well-rounded fighter. Ron has been married to Gaming Trend Editor, Laura Burke, for 21 years. They have three dogs - Pazuzu (Irish Terrier), Atë, and Calliope (both Australian Kelpie/Pit Bull mixes).
Related Articles: King's Quest - A Knight to Remember
Share
Tweet
Share
Submit