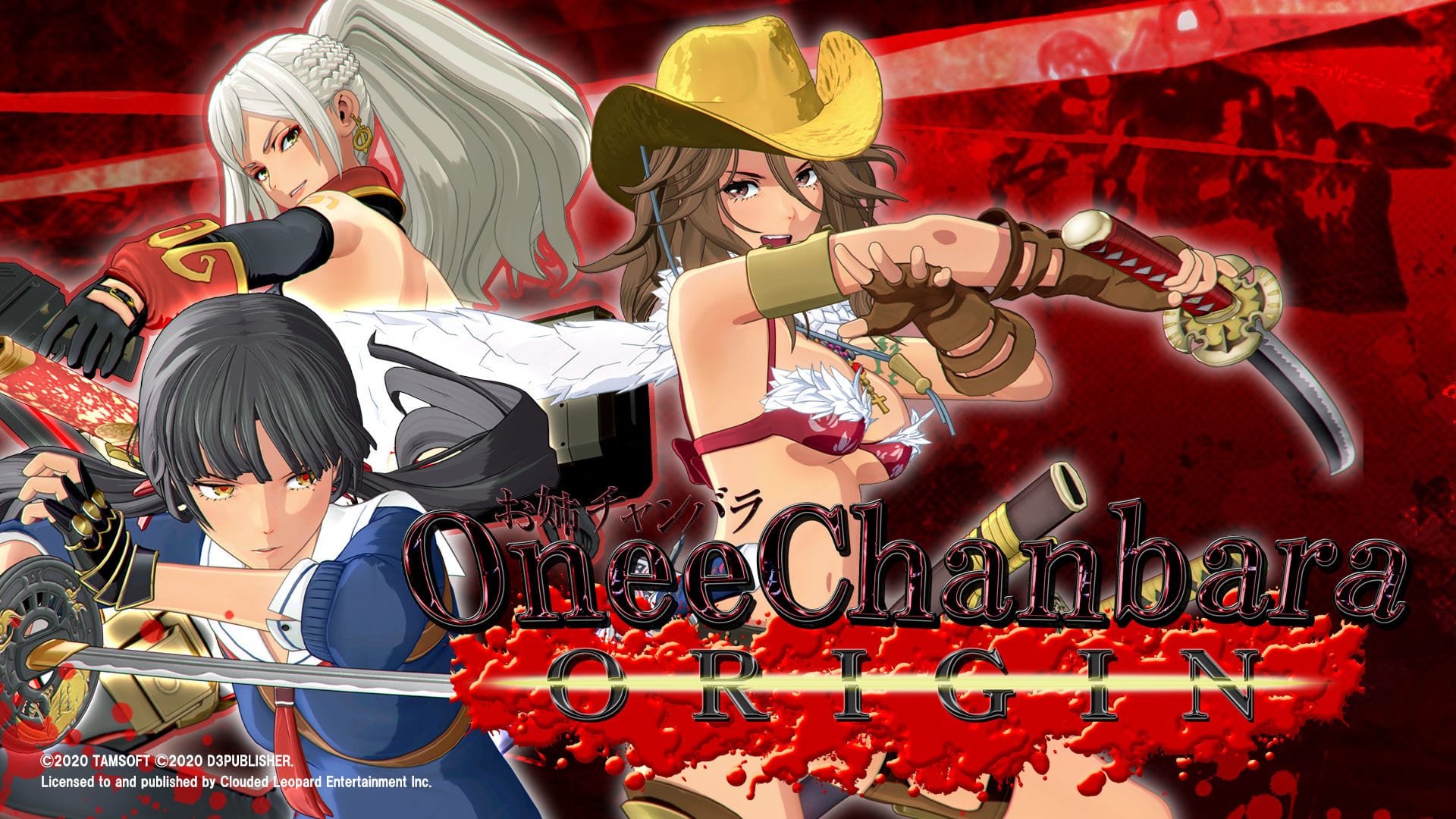 OneeChanbara Origin is the heavily stylistic remake of the two original 2004 and 2005 PlayStation 2 hack and slash classics, The OneeChanbara and The OneeChanbara 2. Now in 2020, the developers have decided to blend the plotlines and other elements from both games to varying degrees of success. OneeChanbara Origin casts players as scantily dressed Cowgirl, Zombie Hunter, and Monster Slayer Aya, as she cuts through waves and waves of zombies in her path to finding her sister and father.

The first thing players will notice upon starting OneeChanbara Origin is the game’s heavily redesigned aesthetic with bright and colorful visuals in contrast to the grim and clunky aesthetic of the original games. Each character model also noticeably has a redesigned style, opting for a more anime-inspired look.

Gameplay-wise, players will cathartically cut through hordes of zombies of varying types. The gameplay is of a similar nature to games like  Devil May Cry, Bayonetta and Lollipop Chainsaw. As such, it adopts the same gameplay elements such as a combo meter, combo skills, a slew of restorative and buffing items, a grading system, and more. Aya’s arsenal of combat moves include but are not limited to light attacks, heavy attacks, parries, ultimate moves, evasion maneuvers, and jumps. The fast paced combat system is one I truly appreciate, as it doesn’t waste my time while offering a variety of enemies to slice and dice into a bloody, gory mess. 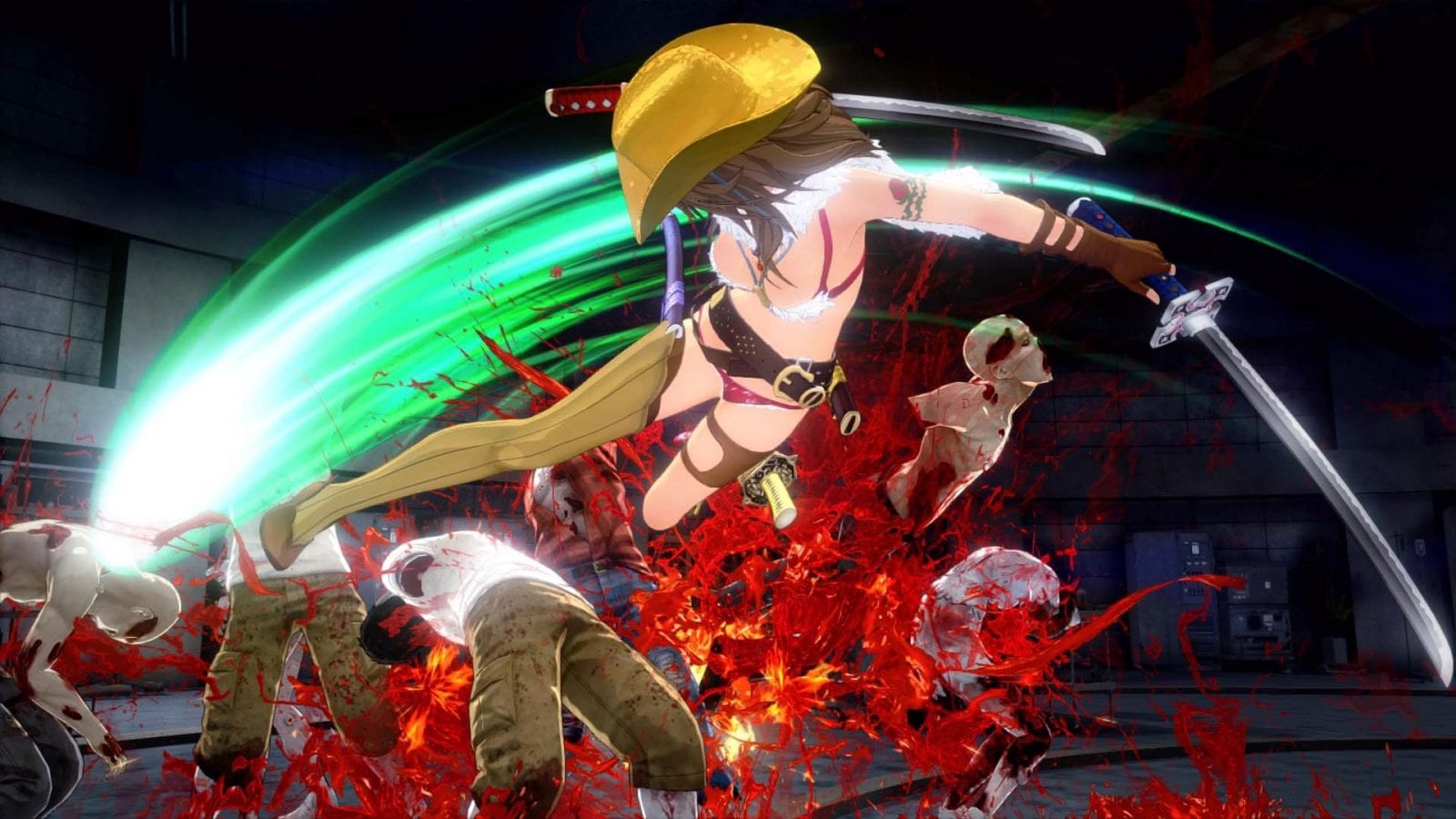 As players progress the game, Aya will be joined by her ill-mannered little sister Saki who wields a pair of gauntlets and a giant Katana. In contrast to Aya’s quick and evasive moves, Saki is more of a slower heavy-hitter able to damage multiple enemies at a time with her katana, but performs much quicker combo attacks with her gauntlets. The player can switch between the two on the fly, which allows for a wider variety of combo attacks, especially on bosses.

The combat system is also surprisingly more enjoyable when facing single opponents or bosses, as It gives you a chance to enjoy the controlled chaos. As you cut down more and more enemies and get a taste for the gameplay, you’ll start to feel more like a badass; mixing combos, dealing perfect parries, and evading masterfully. Additionally, the more zombies you cut down, the more blood you’ll be bathed in, which awakens one of two ultimate forms in the game called the Berserk form, which lets you deal additional damage but with reduced defense.

Kill more enemies in this mode, and you’ll enter Xtatic form, which lets you deal more damage and you won’t stagger when hit, but at the cost of it gradually reducing your health, which can be earned back by attacking enemies. The problem with this form is that it feels broken at times, especially in specific boss fights. Other than that, the game is sorely lacking in enemy variety. Locations are often reused or are virtually the same, and there’s only a handful of bosses. And while players can unlock a variety of music for the game, the initial set is quite limited and unremarkable. 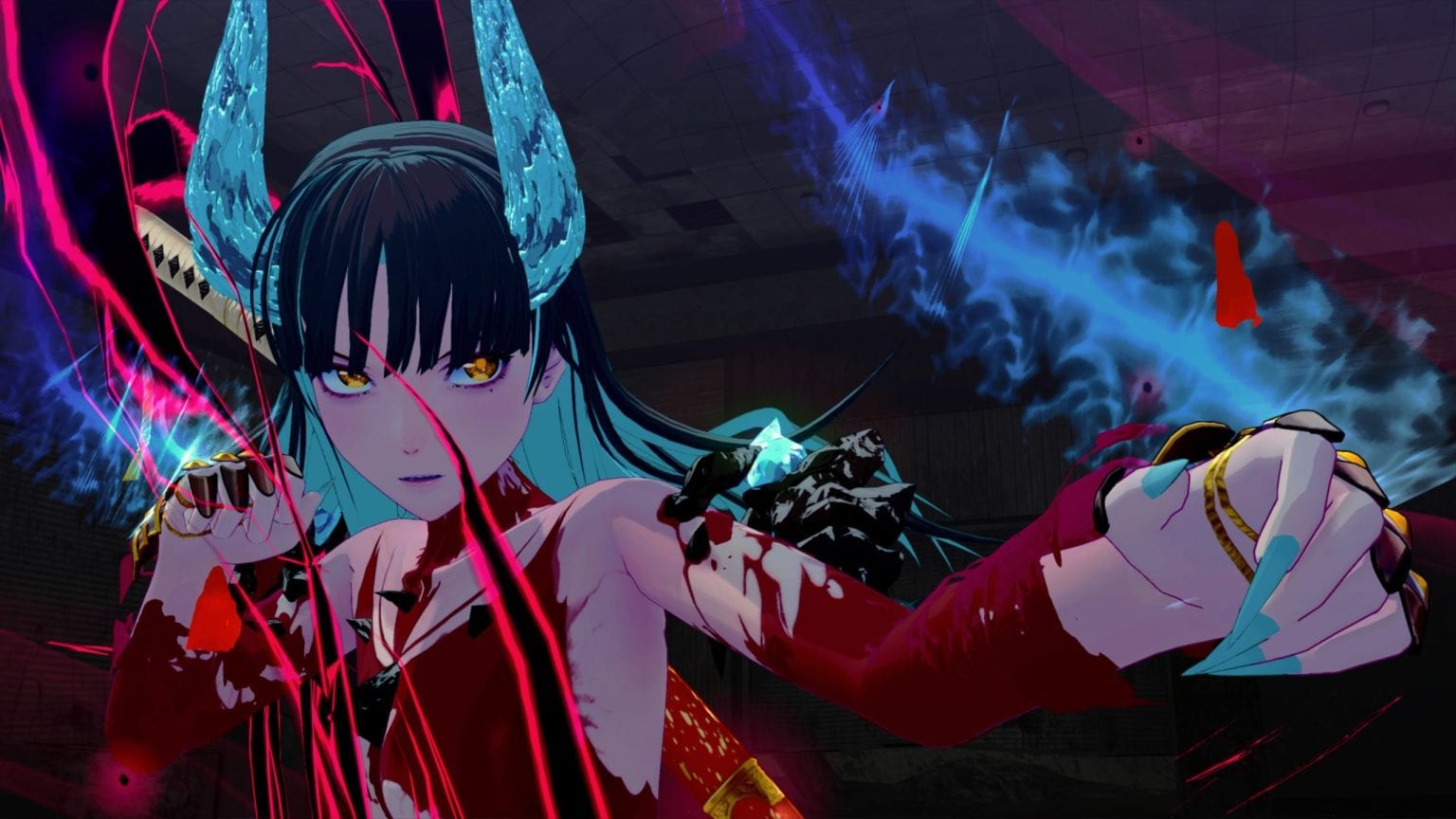 It’s quite clear much of the effort on OneeChanbara Origin was put into the gameplay and visuals because the game’s story is quite lacking in comparison. After completing my six-hour first playthrough, the story felt badly compiled as there are many unanswered questions, confusing moments, and rushed bits. It’s a good thing fans of these types of games care little about the plot as Oneechanbara does not offer much in that regard.

That being said, I can’t in good conscience recommend OneeChanbara Origin at its current price tag ($60!) with the little content it contains. Aside from a short, badly put-together story, the game also offers a few bonus missions that fans will no doubt blow right through and eventually get bored of. Other than that, the game isn’t challenging either, as I found it quite easy to take down enemies nor did I ever fail a mission or die once, even after switching to hard mode. So dedicated fans will most likely have to replay the game in much harder difficulty modes while trying to increase their grades to get any additional enjoyment out of the game. 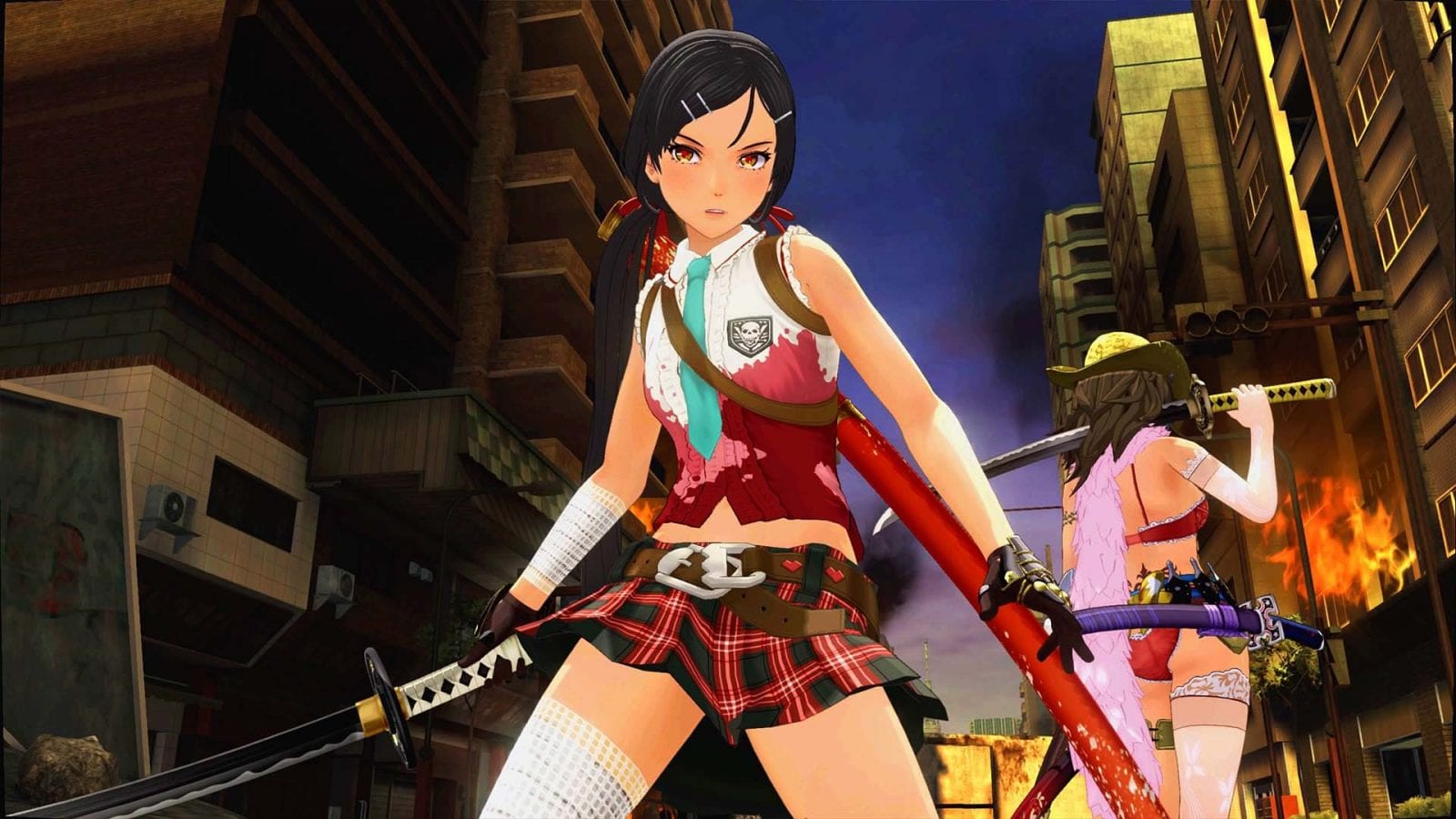 This all isn’t to say OneeChanbara Origin is a bad game as it still left me with a satisfying feeling even with the short time I spent with it. And as I mentioned earlier, the visuals are crisp and colorful with great character models that are surprisingly highly expressive. While the gameplay doesn’t provide any innovations to the aged formula, I still very much enjoyed my time with it. So for those looking to pick this one up, I’d advise waiting for a discount.

While the story is unremarkable and the gameplay doesn't provide any innovations to the aged formula, I still very much enjoyed my time with OneeChanbara Origin as it still left me with a satisfying feeling even with the short time I spent with it.

Abdul Saad is an avid gamer and computer geek. He's been writing for four years on news, reviews, previews, and more on multiple gaming sites. When he isn't writing or playing the latest JRPG, he can be found coding games of his own or tinkering with something electrical.
Related Articles: Onee Chanbara Origin
Share
Tweet
Share
Submit