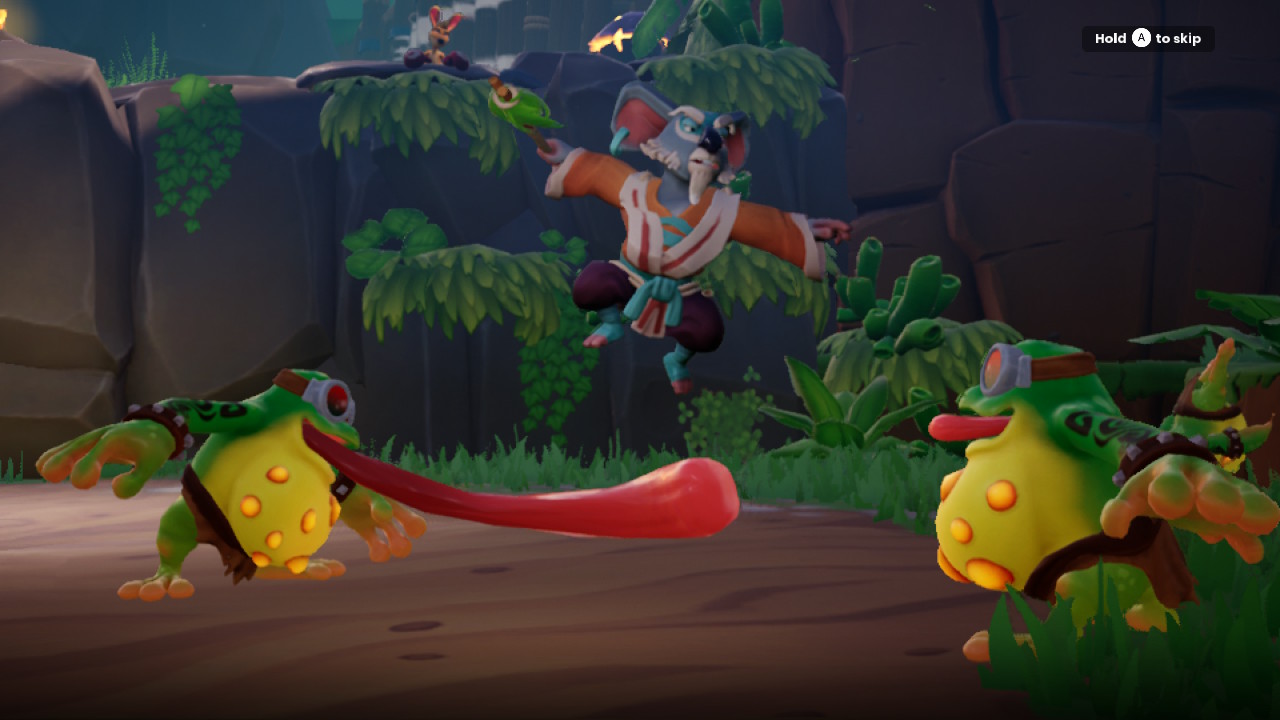 I don’t think anyone thought Kao the Kangaroo would make a comeback, but here we are! Kao the Kangaroo was a series of three platformers from 2000 to 2005 about a boxing kangaroo with a weirdly extending neck. They didn’t break new ground, but they were pretty decent, B grade platformers from a team that clearly cared about what they were making. Now 22 years on from his debut, Kao returns – and it feels just like he never left.

Kao the Kangaroo (2022) is something of a reboot, though the games never had a focus on plot. Kao and his family live on Hopalloo Island. His father and sister have recently set out on strange adventures and still haven’t returned. After a dream shows Kao a vision of a malevolent force, he heads off to find his sister and father, and save the world while he’s at it. The keys to his adventure are a set of evil boxing gloves that Kao will need to tame if he wants to succeed.

On his adventure, Kao can run, jump, roll, and punch his way through several stages. You can double jump and even do a tail spin for a little extra air time. While you can press A to roll, you can also ground pound by pressing the button in the air. When fighting enemies, you can perform a three hit punching combo with Y and, after building up a meter, punch the ground for a huge explosion. Finally in a pun so good it became a game mechanic, you can throw a hook at certain objects to grapple and swing. Kao doesn’t have the biggest moveset out there, but it feels good to use and the game gets the most out of it. Combat especially feels pretty great, with Kao magnetizing to enemies so you’re not fumbling around. My only complaint is the ledge grab; it’s quick and you can jump out of it immediately, but the problem is it only works some of the time.

Most of the game only works some of the time, actually. This may just be the Switch version, but the game would glitch out almost constantly with key interactables like boomerangs or elemental charges not spawning in and Kao even fell through the floor a few times. 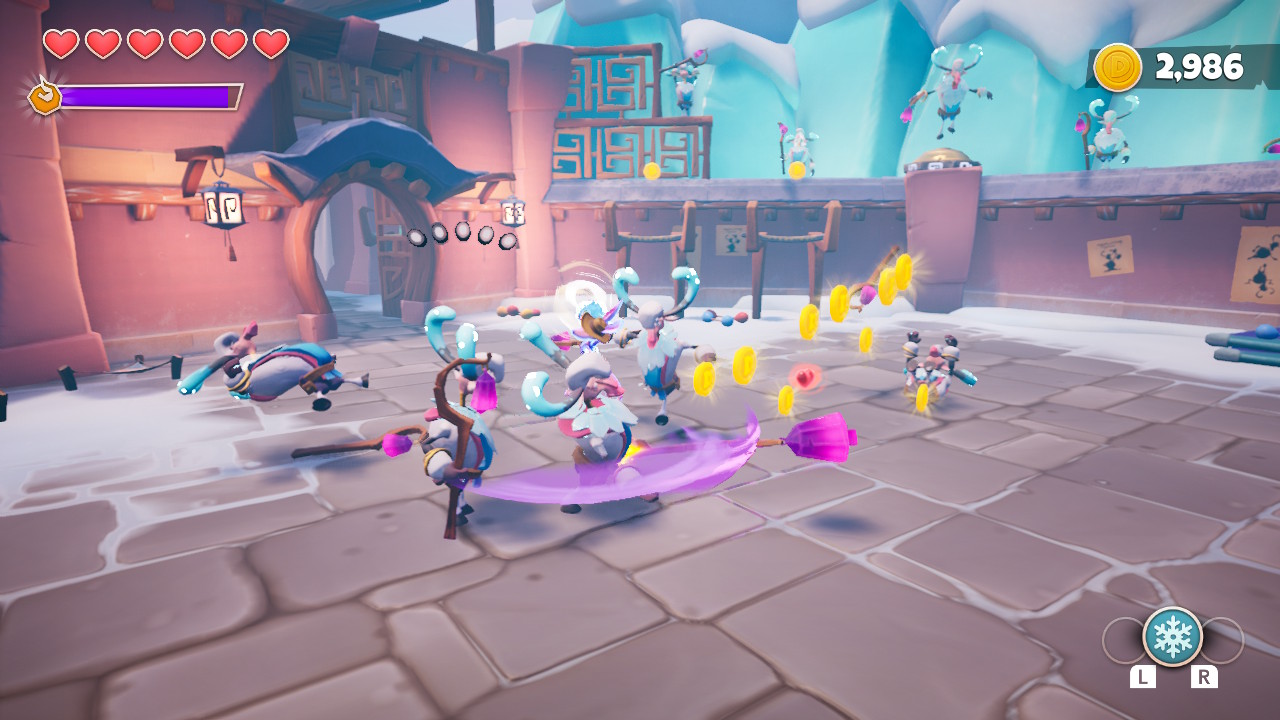 I also find the game doesn’t get a whole lot of use from those elemental powers. There are three total throughout the game – fire, ice, and wind – with one introduced in each world. Fire is used to activate mechanisms, while ice allows you to freeze water and wind can help you move platforms. Fire and ice see a bit of use, while wind is only introduced in the final two stages. You can use them in combat, but they only affect your big special move. While the game gets the most out of Kao’s basic moves, it really could have used more time to explore what these elements can do because as it stands they’re more of an afterthought.

Speaking of afterthoughts – the plot. I said in my preview that I didn’t like the writing or voice acting of the snippet I played, and while it’s better in the context of the full game it’s still not good. That’s not the point of the game, but the story feels simultaneously rambling and too short. It’s clear that no one involved’s first language is English, which I can respect seeing as Kao is a Polish series, but it really could have used a second draft to clean up some grammatical errors. Still, it serves its purpose and isn’t too intrusive.

Kao the Kangaroo makes a valiant effort in this reboot, but it still feels like half the game it should be. Many mechanics feel unexplored, the final world is a single level with a boss fight, and it’s very glitchy. Still, it’s a fun enough romp for what it is and I hope we see more of this marsupial in the future.

David is the kind of person to wear his heart on his sleeve. He can find positives in anything, like this is a person who loved Star Fox Zero to death. You’ll see him playing all kinds of games: AAAs, Indies, game jam games, games of all genres, and writing about them! Here. On this website. When not writing or playing games, you can find David making music, games, or enjoying a good book. David’s favorite games include NieR: Automata, Mother 3, and Gravity Rush.
Related Articles: Indies, Kao the Kangaroo
Share
Tweet
Share
Submit