As soon as Just Dance 2023 Edition loads, you can see, hear, and feel the difference. The blue background is calming, the menu music feels like an oasis after a long dance session, and it feels relaxed. It’s a pleasant transformation after four years of bright white screens and thumping four on the floor with wavy synths and funky guitar riffs. This is the new Just Dance, and it feels good. It’s a welcome roadmap for the future, but as a result of this transformation, it strangely left behind excellent features, which makes this year’s Just Dance feel like an incomplete reset.

I love the idea of the “Danceverses.” It’s a story told through dances that are meant to act like a story mode. These dances open and close with elaborate cinematics, similar to special songs in pervious games, but these are specific to a tale that’s being told, not the song. They’re “Thriller”-esque in concept. “Danceverses” tells the story of a regular girl playing Just Dance who helps save “The Just Dancers” from the evil corrupting powers of the “Night Swans.” It’s horribly told but it has promise if they put more effort into creating an appealing narrative thread. There are no expectations of you to reach certain ranks or do anything that could limit progression like a typical video game story would, and I don’t think it needs that, but I wouldn’t mind if they experimented with that concept. How good or bad “Danceverses” is doesn’t change the fact that it’s novel. I love the idea. I hope Ubisoft continues to expand on it in future editions or updates.

2023 Edition also features innovations like a useful filtering system. You can sort through songs in alphabetical order or from the lowest to highest difficulty and vice-versa, or your highest to lowest score and vice-versa. Maybe you want to sort it specifically by music genre, mood, or even accessibility – no spins, no ground moves, etc. Every song also includes tags that detail the genre of a song or even which Just Dance it came from (useful with Just Dance+) that leads you to songs that uses the same tag. It makes it a lot easier to find what you’re looking for. It’s not a perfect system since you still have to make extra clicks to get to tags — those should be filters — but it’s better than what’s been available for the last four years. 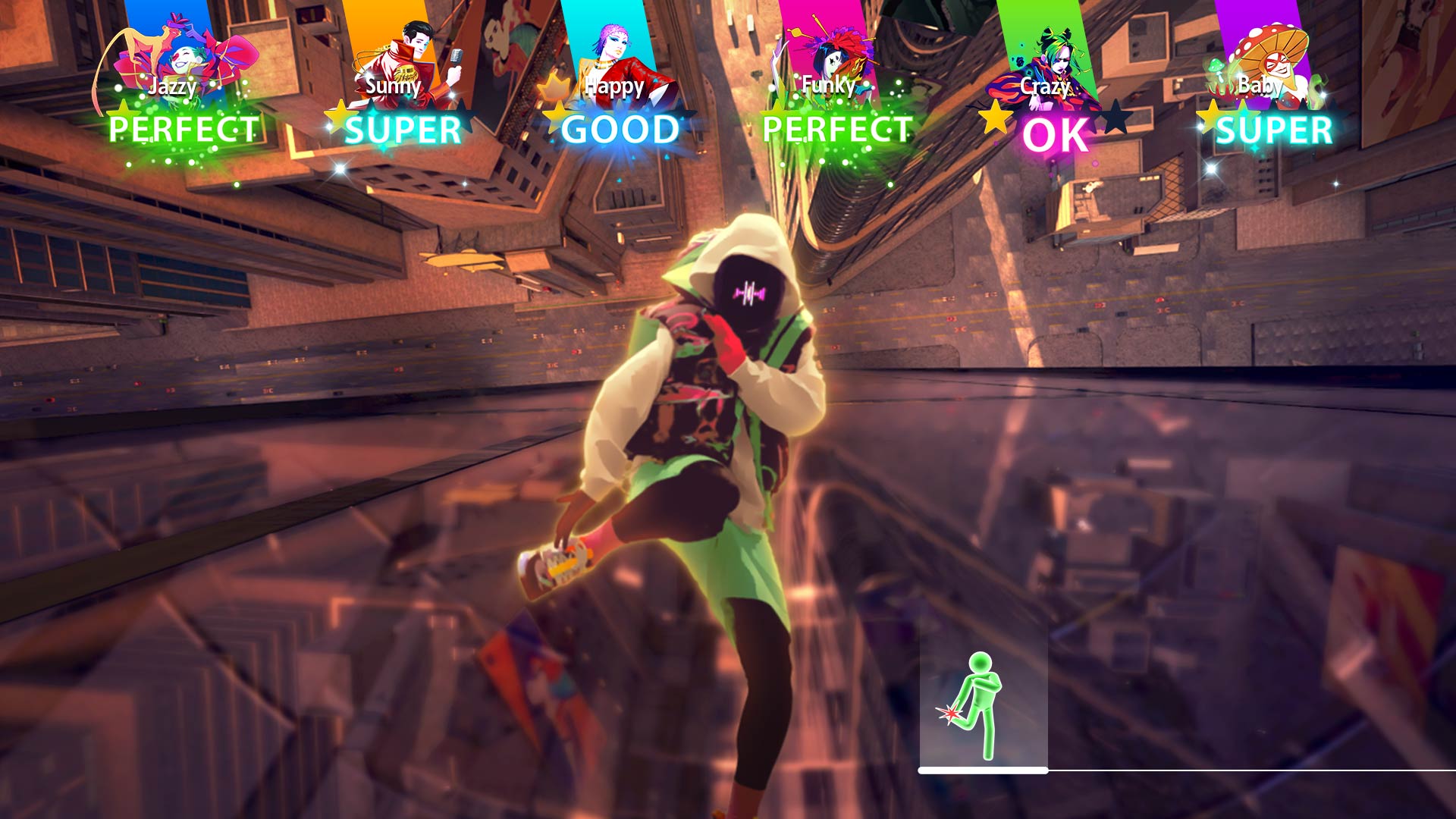 Ubisoft graciously added online co-op to play with up to six friends across platforms. As one who frequently plays Just Dance with my wife, but has other friends who would play, we can now join the same session. It’s not in-person but we can all play while saving living room space. And we can share our new animated, full-body avatars and throw all the good-natured emotes at each other. There’s a lot of customization that’s worth the effort that you earn by playing, instead of cheap stickers spoon fed by a lottery machine. You’ll earn them through challenges, but you can mostly ignore them since you’ll complete them if you just dance enough.

What’s disturbing is how Ubisoft traded matchmaking with friendly online co-op. The World Dance Floor is gone. Why? As much as I play with my wife, The World Dance Floor was a great way to play a variety of songs and enjoy friendly competition. It’s not like it was replaced with anything else. It’s just gone. Ubisoft also took away your ability to create your own playlists. Your personal taste has been replaced with the AI determining certain playlists based on your dance habits. I don’t mind the concept. When I use Spotify, I frequently dabble in the AI-generated playlists it gives me. But Spotify still lets me create my own playlists. I don’t know what Ubisoft feels like it was losing by allowing us to create our own playlists, but that’s a huge dealbreaker. It doesn’t incentivize me to use their playlists because it’s not perfectly crafted the way I want it. I don’t want the AI workout playlist, I want mine.

I feel a tad better knowing Just Dance 2023 lets me download songs to play offline. What’s annoying is that scores don’t save unless you’re online. I finished dancing to “Woman” by Doja Cat and earned a Superstar rating on my first try and after the song ended, I got an error message telling me Ubisoft Connect was acting up, and my score didn’t save. Sure, I’ll play it again, that’s the crux of Just Dance. But at that moment, I wanted to shut the game down. 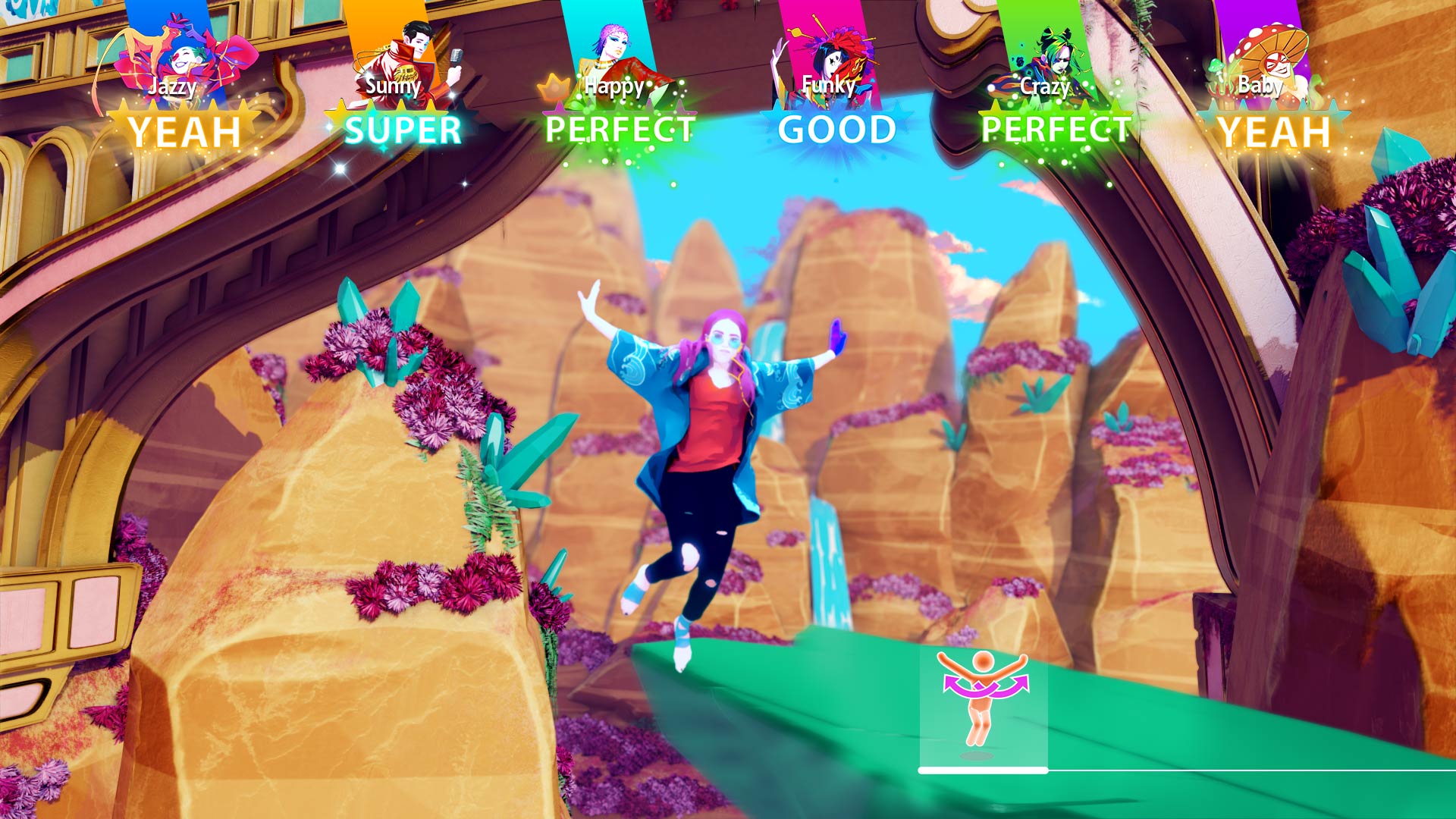 By now it’s obvious Just Dance 2023 is a game of dichotomies. Here’s another: Just Dance 2023 features more accessible dance routines and has one of the coolest dances featuring the lead in a wheelchair. It’s the cleverest use of hand choreography in a sitting routine in any Just Dance. On the flip side, Just Dance 2023 also features the most inaccessible dances. Too many dances feature spins. The extreme version of “Toxic” by Britney Spears literally has a spin on the knees. Who’s going to put on knee pads to pull that off?

This is also one of the weakest sets of dances in recent memory. I want to give some benefit of the doubt: I think Ubisoft was going for a disco and early 2000s pop theme. That’s the only explanation I have for all the four on the floor songs the base game includes. But it’s also song choices that lean too much on the lowest common denominator. “Can’t Stop the Feeling” by Justin Timberlake is a classic but it’s surrounded by other mediocre songs like “Million Dollar Baby” by Ava Max or “Boy With Luv” by BTS. I’m all for giving the people what they want but previous Just Dances were much better at including sleeper hits, guilty pleasures, diamonds in the rough, and regional diversity. There are fun songs like the Arcane theme “Playground” by Bea Miller featuring a coach dressed like Jinx. Or “Magic” by 54 year-old, still UK chart-topping, Kylie Minogue. “I’m Walking On Sunshine” features, for the first time, the pictogram taking over. But you’re not getting the variety that Just Dance has given in the last three years. It’s pitiful.

Just Dance+ doesn’t help, either. This is Just Dance Unlimited renamed. It acts just like JDU, except it’s going to be a more active version? I guess so since it only includes 150 songs while JDU in Just Dance 2022 featured over 500+ songs. Just Dance+ is bare and the song selection isn’t great, so yes, Ubisoft will have lots of room to make JD+ feel more active. It’s been rumored (I only say rumor because I have not been able to verify it myself) that the small track list for Just Dance+ is related to a new engine for Just Dance 2023. So Ubisoft has to make dances from previous games compatible with 2023 Edition’s engine. I acknowledge the trouble that comes with that but I’d rather Ubisoft had skipped this year and released it next year with a bigger catalog. 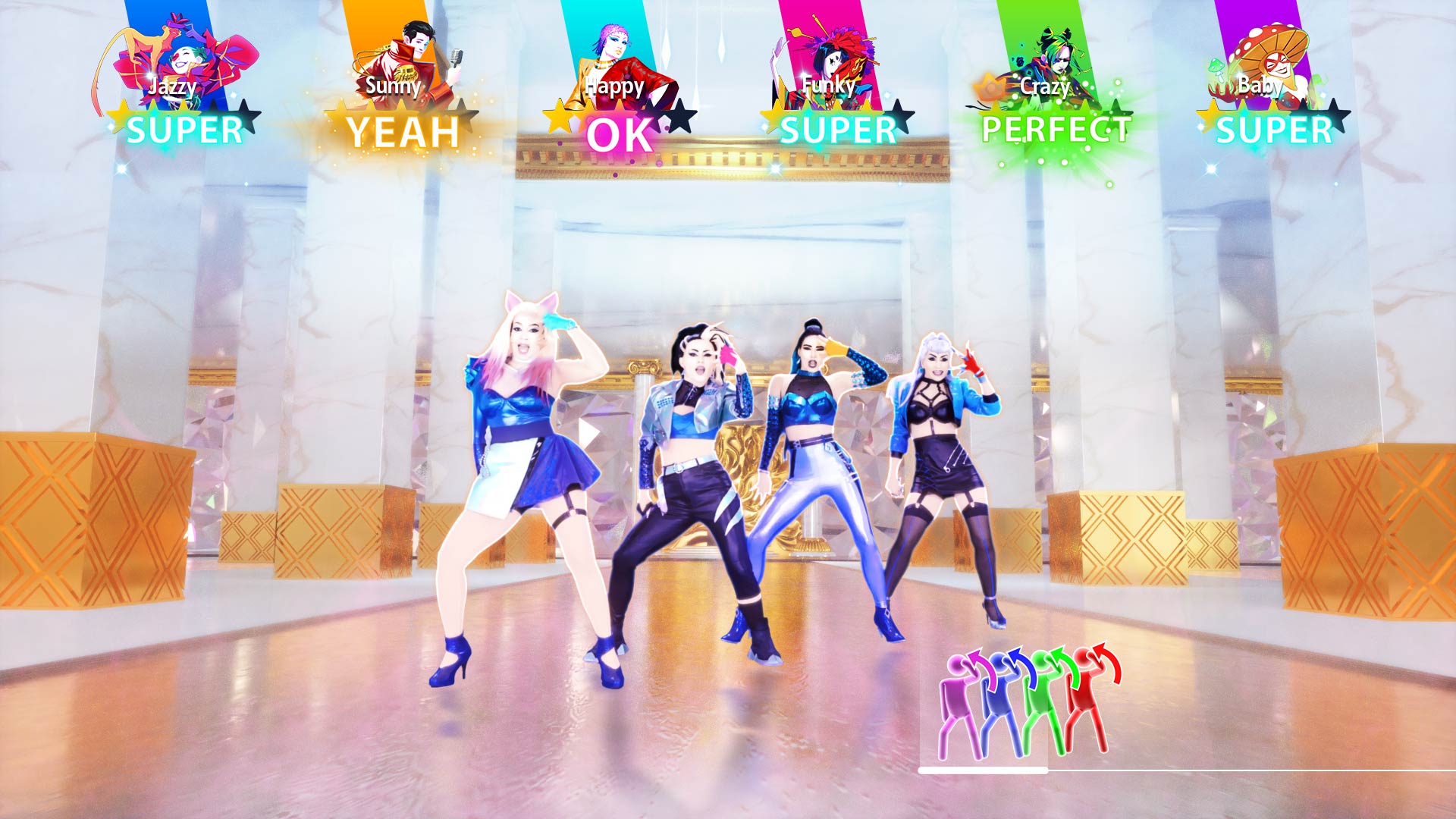 Thankfully, the choreography is still fantastic. “Radioactive” by Imagine Dragons features that awesome hand choreography, “Rather Be” by Clean Bandit has beautiful, intricate moves that will work your whole body, and “If You Want to Party”, the exclusive, original creation for 2023 Edition, is a fun addition. My only disappointment is “Heat Waves” by Glass Animals. I love that song. It has abysmal choreography.

Performance on the Switch shows how dated the hardware is. Clicking on nearly anything makes Just Dance 2023 freeze a bit as it loads. This is the story of the Switch as developers continue to push their games forward. Thankfully the dances perform nicely – maybe it helps that we can download the songs – but when I’ve had my first crash to the Nintendo Switch home screen in any Just Dance it’s either time for Ubisoft to ditch the Switch or hold back some of the bells and whistles.

Just Dance 2023 is a dichotomy. For all the new elements that are a fresh and welcome addition, there are just as many egregious omissions. Combine that with a second-rate song list along with Just Dance+ that is equally inadequate, and Just Dance 2023 Edition feels like dancing with the devil under the pale moonlight.