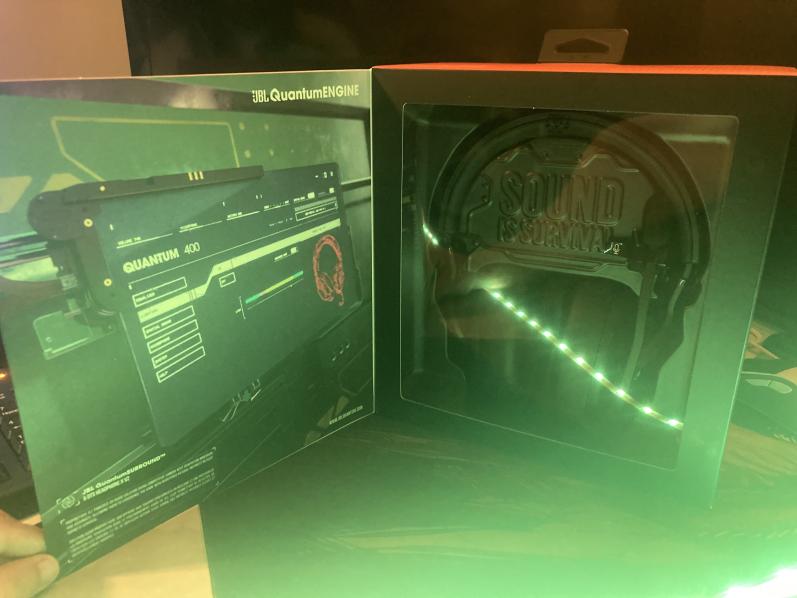 I am someone who wears out a headset until it’s unusable. I had the same pair of Apple Earphones for four years before they broke. I had the same gaming headset for six years until I was given a headset three years ago that I was using until this review. The JBL Quantum 400 is my first foray into “gaming headsets” and I’ll be honest, I was a tad overwhelmed.

When unboxing the headset, you open the box to receive two different pieces. The headset itself, and a box containing the cords and normally, I assume, a set of instructions (more on that later). It was very clean and gave me a sense of excitement as I opened it up and tried on the headset for the first time.

The headset itself took some getting used to, I went from a headset that was extremely comfortable, but not at all soundproof. So putting on the Quantum 400’s was a change for me given that it fits snug on my head, canceling out quite a lot of sound around me. The ear cushions are absolutely comfortable on my head. I never felt they were too tight or that I needed to adjust them often. The microphone is very convenient given that it has the ability to fold up if I’m not using it while having the mute button in a very convenient location on the left bottom side of the headset. 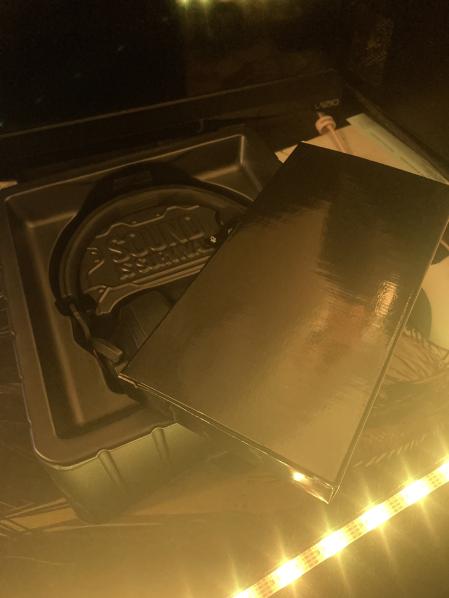 As someone who came into this as a newbie to the Gaming Headset setup, I was surprised to not receive any instructions in my box. I’m not sure if that is normal, or if mine just didn’t have the instructions included, but it did cause some confusion for the first few hours of use. I did what I knew, which was to plug the headset’s 3.5mm jack into my computer. The headset DID work, and I started up my game and played some solo. Everything sounded great compared to what I was using before, but something was missing. I tried to use the headset on Discord and nothing was happening, no audio, no microphone, nothing. So I went to the JBL website from the back of the box and sure enough, there was an entire system called the JBL QuantumENGINE.

Once I downloaded this, my computer needed to do a full restart. Once it did, BAM, everything changed. There was surround sound, my microphone was working (and I was told it was MUCH better than what I was using before), and I had so many customization options I didn’t even know where to start. As I jumped into a game of Fortnite with my friends, I immediately felt like I could hear the field differently than before. I could tell which direction gunfire was coming from better, could hear my friends in discord better, and of course, my voice was cutting through much clearer.

The JBL QuantumENGINE is something I’m still getting used to as a newbie. They have customization options for Equalizer, Lighting, Spatial Sound, and Microphone with a section for System Software and a Help feature. Each of these options has plenty of things to change. The one I played with the most was the Equalizer and Spatial Sound. With the Equalizer you can hear the difference between where the sound in the headset is coming from, for me personally, I put a lot of the sound coming from the front of the headset. While with the Spatial Sound, you can tell the program the size of your head and it will actually adjust some of the settings for you. The Lighting part was something I actually did first and haven’t changed since. You can add color changes every so many seconds. I made mine go between blue, red, and purple. With those settings, the JBL logo on the headset changed throughout those colors at a tempo of 4. The sheer amount of customization options was a tad overwhelming coming from “normal” headsets, but I quickly found my footing and the settings I liked the most. 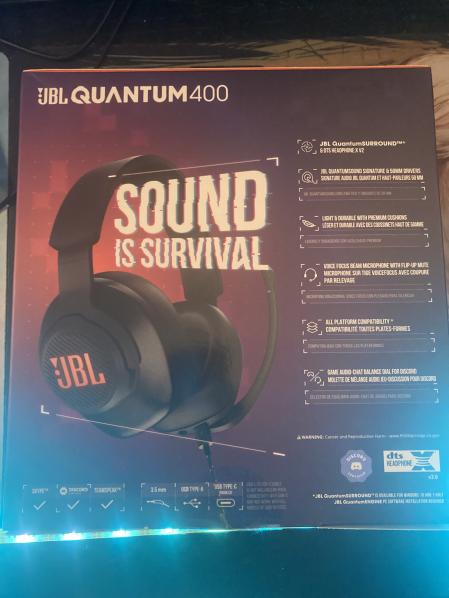 The headset provides both a 3.5mm jack, a USB Type-A cord, and of course, the headset. I used the 3.5mm jack on my Switch during one of the other reviews I was working on. The sound was very clear and I never had an issue. A small but fun thing for me was the feeling you get plugging the headset into the USB cord. It gives you a bootup sound that honestly made me feel like I was Iron Man booting into the suit, it’s a small thing, but for me, it made everything more exciting.

Music is a very important part of my day, so I wanted to see how the Quantum 400’s would fare with some of my everyday music listening. I am a big soundtrack person. I listen to a ton of John Williams, Hans Zimmer, etc; and goodness, their music comes in brilliantly. You can hear every single instrument loud and clear almost being engulfed in the music. The surround sound mixed with the noise-canceling headphones lead to some of the most enjoyment from music I’ve had through a headset. I followed that experiment up by rewatching an episode of Kenobi on my computer. Every sound; blasters, voices, ships, and yes, Lightsabers sounded so clean. So if you’re a gamer, a music listener, or simply want to watch some Netflix while doing other things, this headset is comfortable enough and impressive enough to make it worth your time. 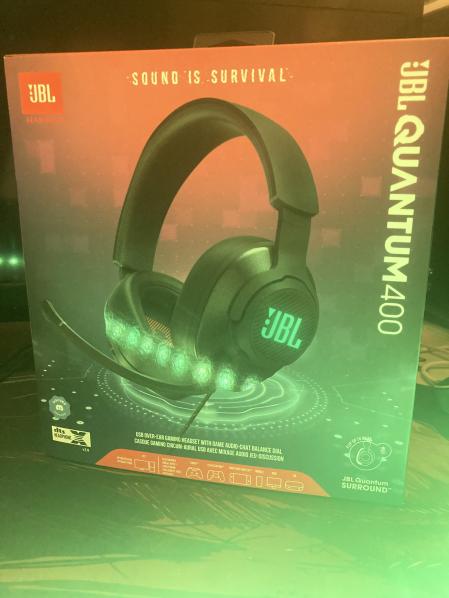 Given that the headset is on sale until June 12th, 2022 for 79.99 but the original price is 99.99, I would say this is a great headset for any gamer wanting to make a jump from your everyday headset to a true gaming headset.

A great headset for any gamer trying to make the jump from your everyday headset into the world of gaming headsets. With a full system built for competitive gaming (with Discord, Skype, and Teamspeak integration) and surround sound; this is a great headset for a gamer trying to take that next step, or for a fan of hearing every aspect of music or sound design. At $79.95 ($20 off the original $99.95; the offer expires on June 12) it’s an affordable addition to your gaming rig.

Adam is a musician and gamer who loves his partner in crime, Regan, and their two pets Rey and Finn. Adam is a fan of Star Wars, NFL Football, and gaming in general. Follow Adam on Twitter @TheRexTano.
Related Articles: JBL Quantum 400
Share
Tweet
Share
Submit