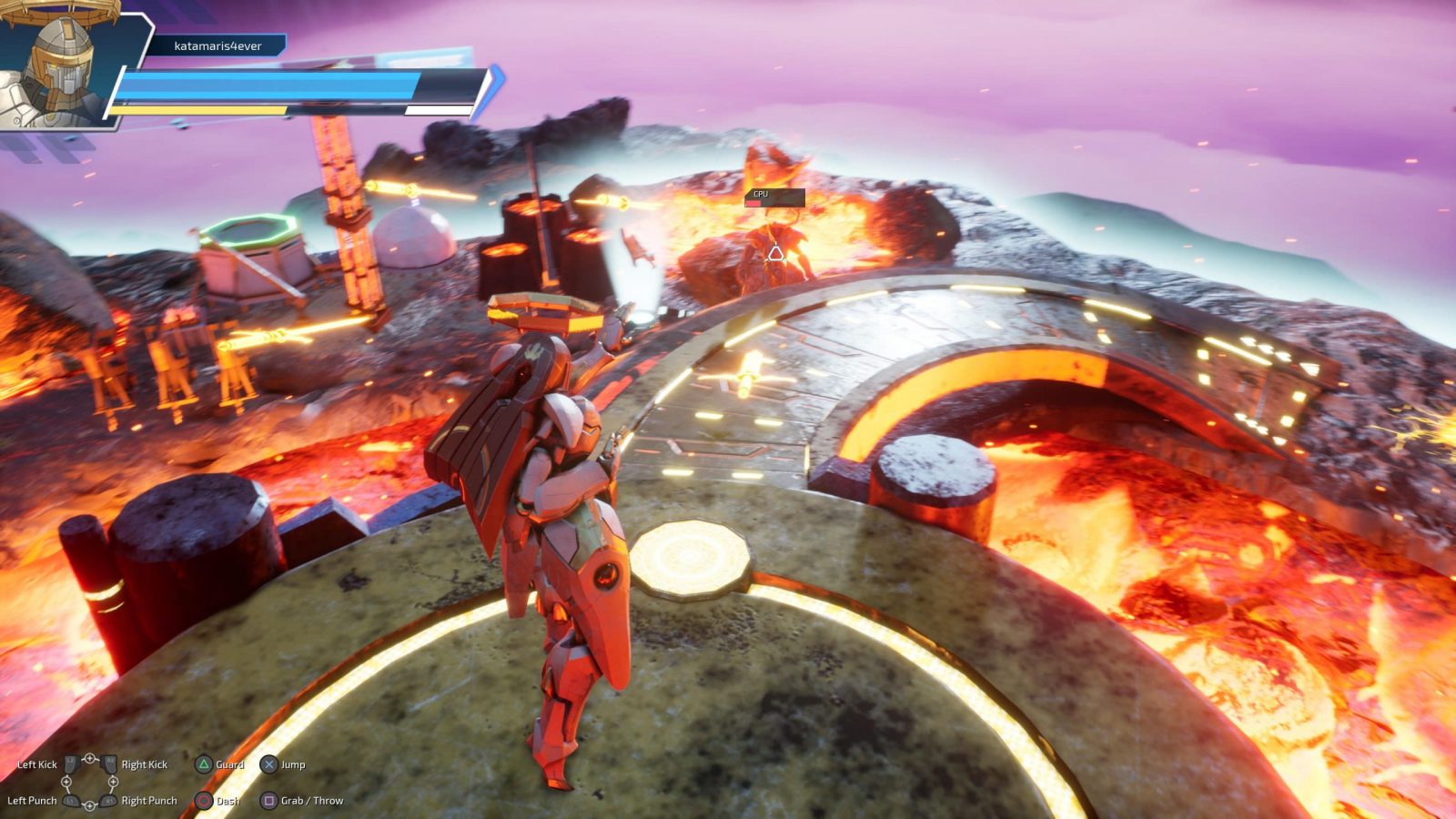 Once upon a time in 2018, 25-year-old Elisha went to trade in his games for Katamari Damacy Reroll. Unfortunately, the game store was fresh out of copies for it, but a little game caught his eye instead: Override: Mech City Brawl. It was a fun little purchase, though the clunky combat and slightly convoluted story mode hampered an otherwise enjoyable title. Two years later and its sequel, Override 2: Super Mech League has landed onto the PlayStation 5, and it’s a much overhauled experience that shifts the game into overdrive without feeling too overdone. 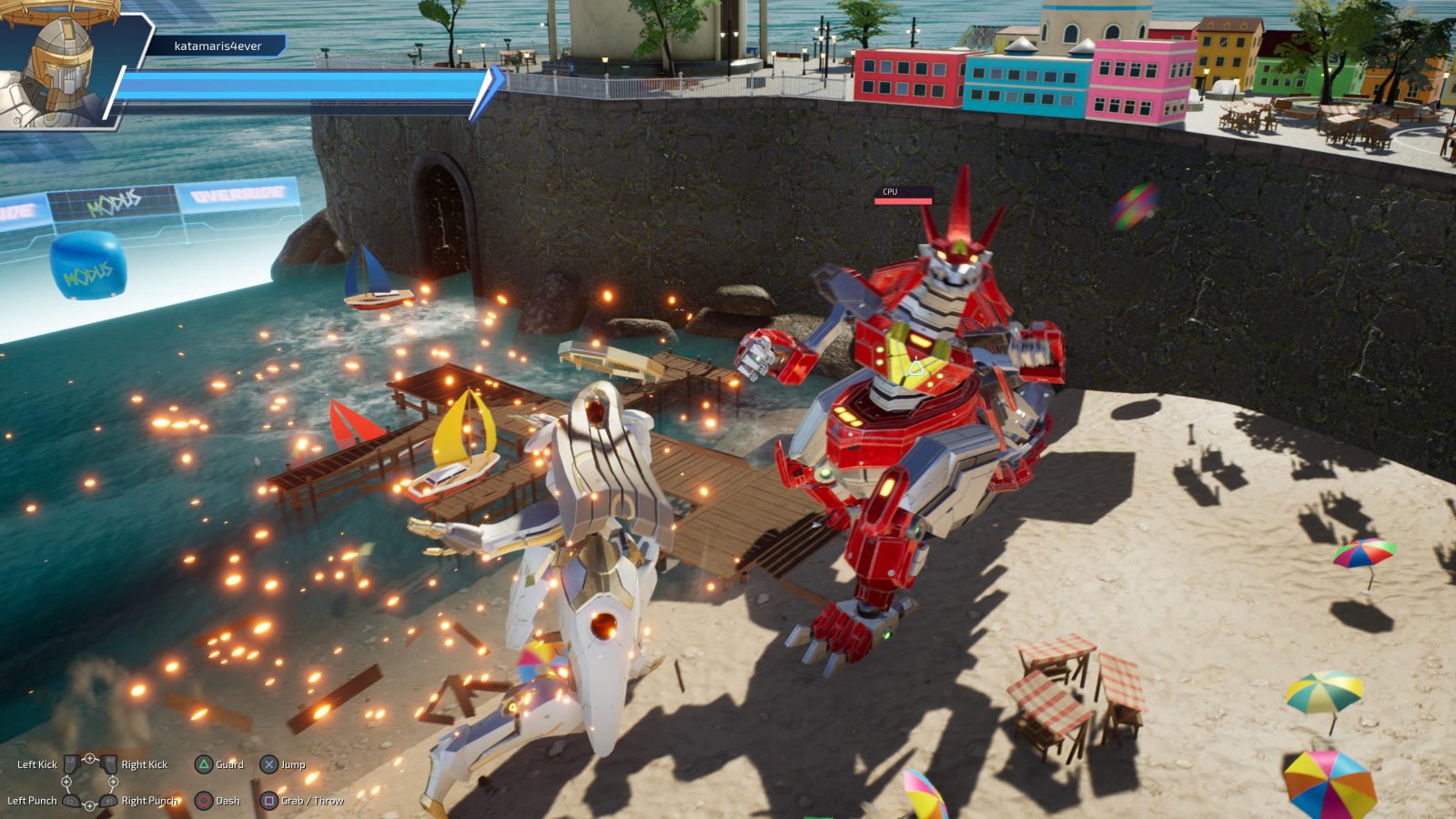 Override: Mech City Brawl dealt with an invasion of kaiju-like creatures called Xenotypes that terrorized the world, with players in the role of pilots controlling mechs that would save the world. In Super Mech League, the good guys have won, and now mechs are used for glorious entertainment in the eponymous league. The whole game’s campaign feels like the denouement of the previous game, which is great for those who followed the first story mode. It’s also refreshing since I felt like Mech City Brawl’s story got a bit uninteresting, especially with the lack of voice acting. Here, you’re guided by Zoe, an agent of sorts who gets you into the League by getting you to different matches and obtaining sponsorships. Much of the lore is spoken in between battles by Zoe, who may or may not have ulterior motives for raising your reputation. But hey, giant mechs in killer combat, am I right?

Override 2’s combat is drastically changed from its predecessor, acting more like a fast-paced 3D arena beat-em-up than a slower mech fighting game. While each of the trigger buttons controls a different limb of your mech à la Tekken, here combos and attacks flow much faster and feel lightning fast compared to the last game. This admittedly makes the game feel less like gargantuan robots fighting each other, but then again it also makes this game feel less clunky and imprecise overall. I’d much rather have fun than watch a spectacle where an attack could take a second or two to register a hit. That said, punches and kicks still have weight to them, and because of the huge scale of the mechs, it still feels like something out of Godzilla. Ultimate moves are reworked here too, as there are random places in the arena where you must land in order to recharge your special meter. Once you fill it up, you can unleash a devastating ultimate attack which feels great when you can connect it with an unwitting foe. 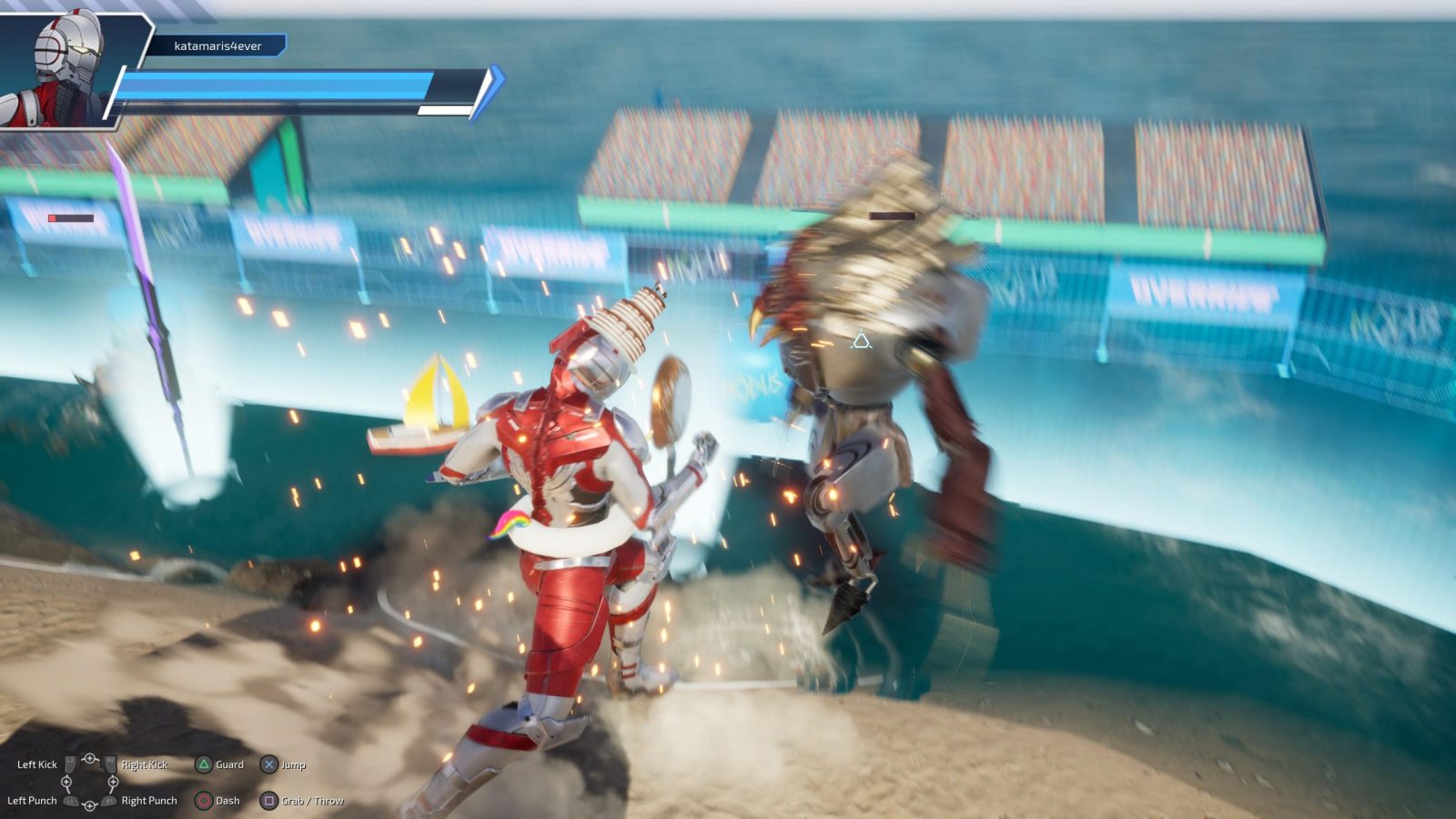 Special moves are triggered by pressing a combination of two of the limb buttons, which will trigger all sorts of crazy moves. From the swordplay of Watchbot to the warp save points of Vintage, there’s a whole host of new things you can do with the roster. Each character feels unique to the point where casually trying a new character was a bit difficult for me. I wanted to pick up Maestro, for example, but the homing spirit mechanics for the character (where you can summon two differently colored spirits with different effects once you release) felt a bit overwhelming. It helps to practice with one mech to learn the ins and outs of each.

The base game features 20 different mechs, which includes the original 12 mechs as well as the 4 post-first game DLC characters. From the agile and fragile Mya to the spellcasting Contessa and the fabulously fierce Stardust, each of the characters have some overhauled mechanics due to the changes in gameplay. You get 4 all-new mechs, which round out a solid roster; from these four I chose my main mech, Aura, which looks and plays like if Mercy from Overwatch became a robot. I really love her halo zoning move as well as the fact that you can use said halo in close combat. In addition, this game’s DLC includes none other than ULTRAMAN! If you get the Deluxe Edition or Ultraman season pass, you’ll be able to use four of the franchise’s characters, with Ultraman being available right now. 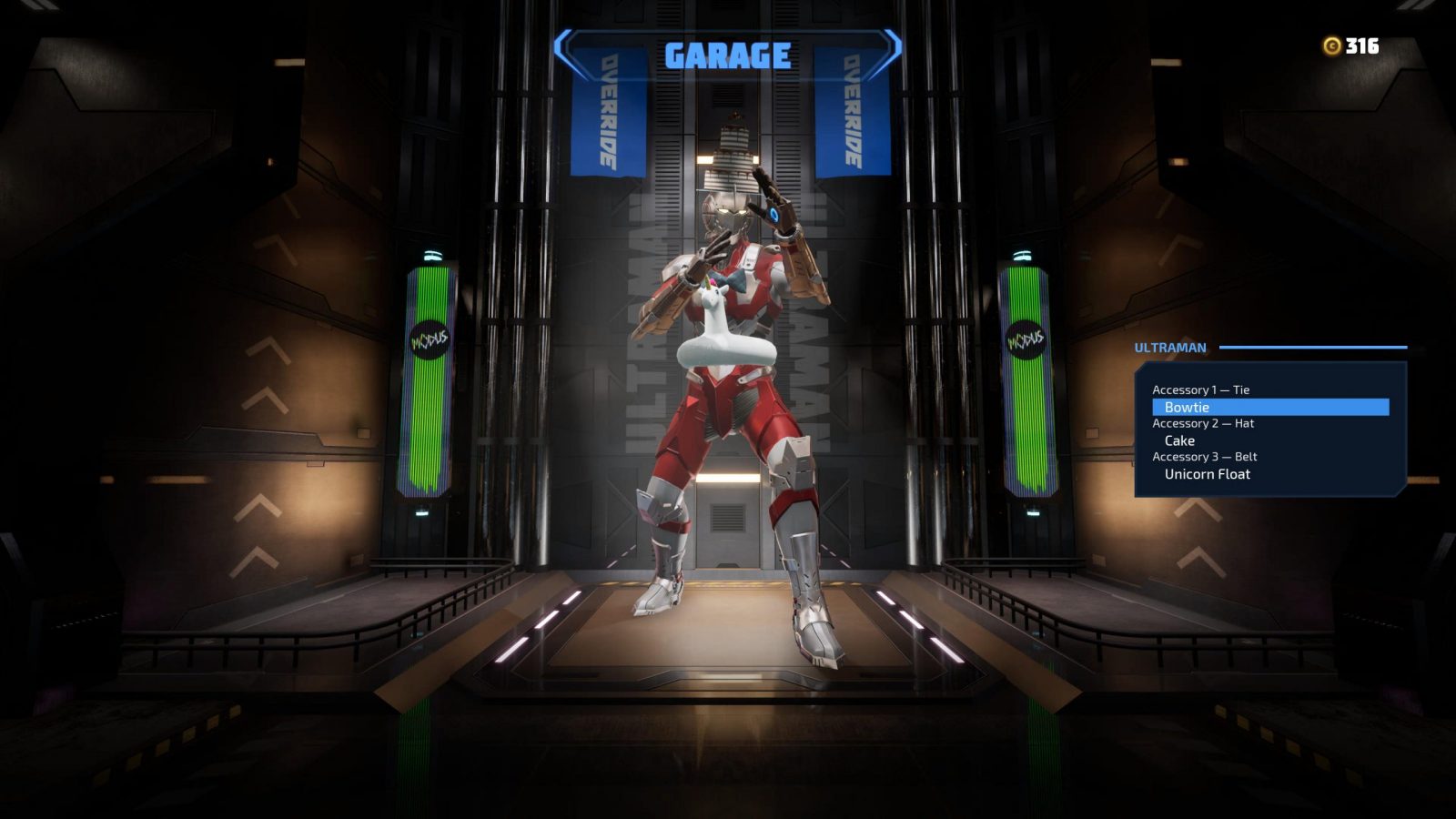 Your main single-player (and technically multiplayer) content in Override 2 lies in the League battles, which function as a way to acclimate yourself to the combat as well as act as online lobbies. There are different League matches you can challenge randomly; solo league, for example, is a simple 1v1 battle, while Xenotype league is a battle against the titular enemies (hey, we solved the crisis but there are still a few of these critters crawling around!). You even have more unorthodox types like the control league, where you have to stay in a shrinking circle of the arena while booting your opponents out of it; being out of said circle means your health quickly drains and you will die, so you want to stay inside. Once you beat these battles, your ranking will go up, which means access to more difficult fights and rewards.

The reason I say this is also the multiplayer mode is because when you enter a League battle, you’ll default to playing against other online players or skipping the search and battling offline bots. It’s cool in theory (since it’s like you’re actually getting pitted against real live humans in the League), but unfortunately the PlayStation 5 suffers from the fact that there aren’t a lot of PS5 users out there right now. From the looks of it, I don’t think there is cross-play functionality within even the PS4 version, so for now it’s nothing but a barren wasteland. (I really hope this review does spark a resurgence of new users, because I would totally recommend plunking down $30 for the base experience). For the time being, the AI does offer a nice challenge for solo players, but I wish there was more of a playerbase to test my skills out. 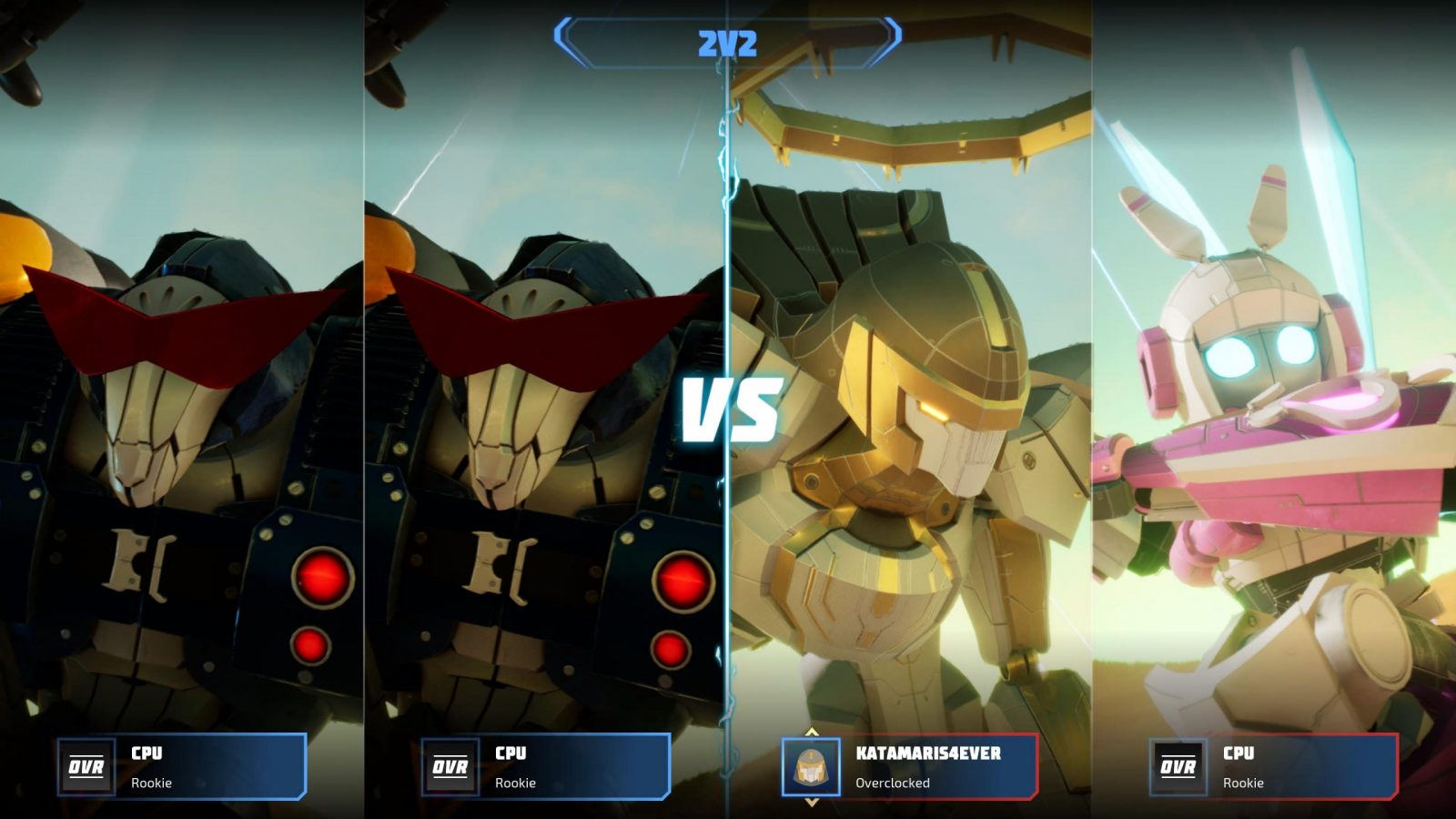 In terms of performance, man does this game nail the scale of the character well. The arenas are more dynamic here, with constantly rising platforms and obstacles in each of them. There are some framerate dips (most likely since this game had to run on last-generation hardware as well as current-generation consoles), but for the most part it feels awesome. Static rumble is there too, which helps make you feel like you’re a pilot in a huge mech suit, but unfortunately I didn’t see much use with the DualSense controller, which is a shame because I think haptic triggers or dynamic rumbling could be awesome features.

Override 2: Super Mech League is a vast improvement from its predecessor, with a great, varied roster (and more Ultraman characters in the future!), revamped combat system, and some gorgeous combat. The base game is currently half the price of a full-priced last generation title, so you should pick it up if you and your friends want some building-sized destructive fun.

Elisha Deogracias is an aspiring accountant by day, freelance writer by night. Before writing for Gaming Trend, he had a small gig on the now defunct Examiner. When not being a third wheel with his best friends on dates or yearning for some closure on Pushing Daisies, he's busy catching up on shonen manga and wacky rhythm games. Mains R.O.B. in Smash. Still doesn't know if he's a kid or a squid.
Related Articles: Override 2: Super Mech League
Share
Tweet
Share
Submit