A toxic chemical that turns people into zombies, an entire city devastated by said chemical, and a mysterious organization behind it all; no, I’m not talking about Resident Evil. This familiar storyline comes from Daymare: 1998, a clear homage to the incredibly popular Resident Evil franchise. Everything from the characters and dialogue to the gameplay and aesthetics feels reminiscent of Resident Evil 2. It may feel like a game from the 90s, but at the same time there’s something charming about that fact.

Daymare: 1998 is a third-person shooter that tells the story of a town warped by the effects of a dangerous and mysterious chemical. Due to some events during a recovery mission, a container of the hazardous chemical ends up dropping and releasing its contents throughout a small town. The residents of the town are infected, either dying outright or transforming into undead monsters. You must make your way through the city streets and fight to survive the horrors that await you. 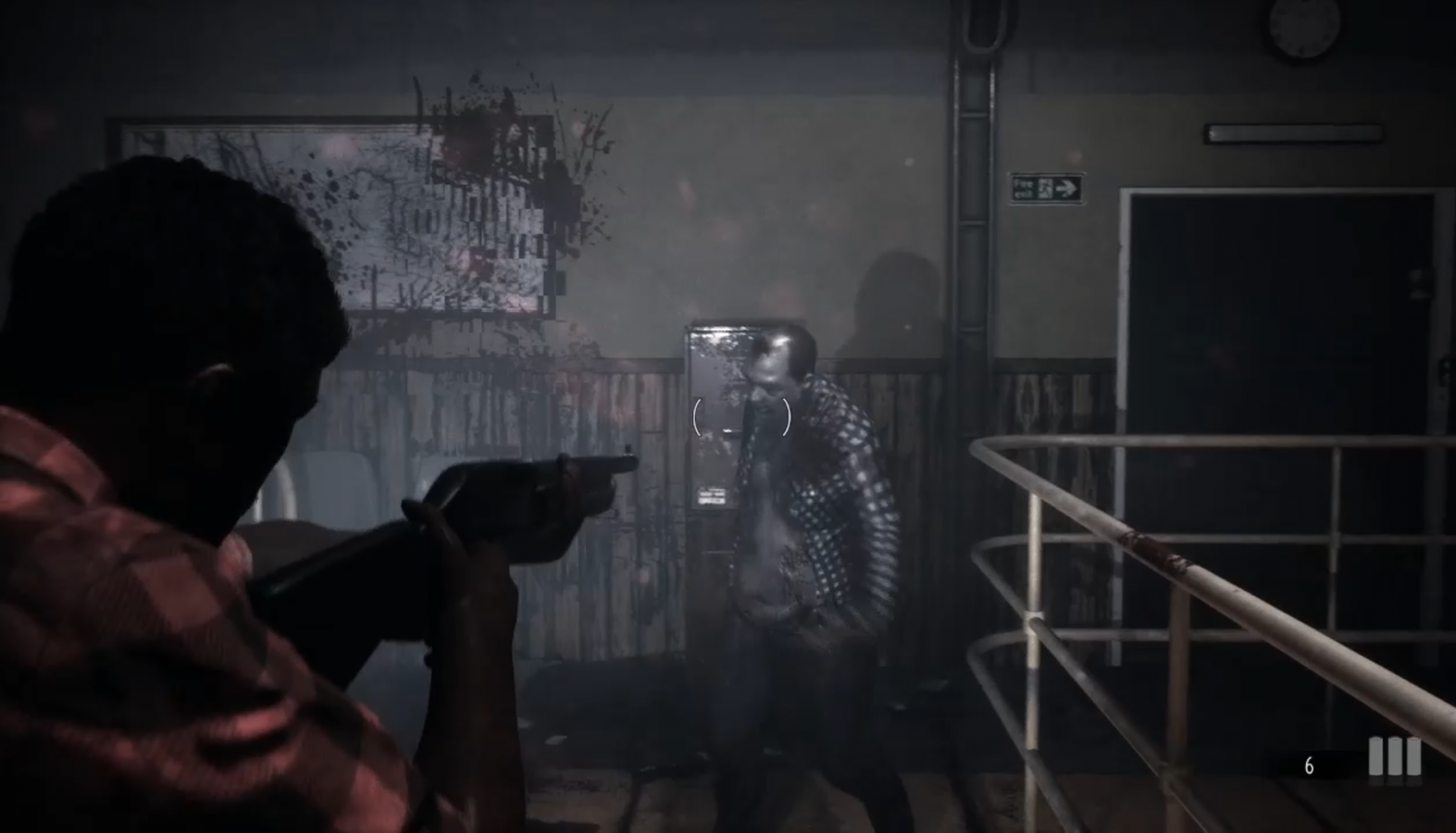 You play from the point of view of three different characters, each with their own experiences and impact on the story. There’s Liev, an arrogant operative of H.A.D.E.S. who kills at the drop of a hat, Sam, the forest ranger who gets caught up in the chaos, and Raven, the pilot of a H.A.D.E.S aircraft that crashlands near the city. Even though some of them make their way through the same areas, they all face different obstacles and discover different information. In addition to their disparate viewpoints, they all have their own weapons, ammo, and inventory. This means that whenever you switch from one character in the story to another that you’ll have a different loadout to work with. It forces you to manage the inventory of three different characters, and oddly enough, I liked doing that.

The gameplay revolves around making your way through the various areas, both fighting and avoiding the warped residents. Unlike some games, you need to be very careful with your item management, especially your ammo. Not only do you have a limited amount of inventory space, but there’s not enough ammo in the game to kill every enemy; the game is clear on that. This means that you need to pick your battles carefully. Knowing when you need to stand and fight or when you can run past enemies will help you immensely. I had plenty of occasions where I lured zombies to an area so that I had just enough space to slip past them and book it as fast as possible. There’s no shame in running away; sometimes it’s the best option. As with all zombies, you do the most damage by shooting them in the head. You can do damage to the body, but aiming for the head is highly recommended. Also, just because an enemy drops doesn’t mean they are down for good. Watch them carefully to make sure they don’t get back up; sometimes they get knocked out for a second before regaining their ability to attack you. 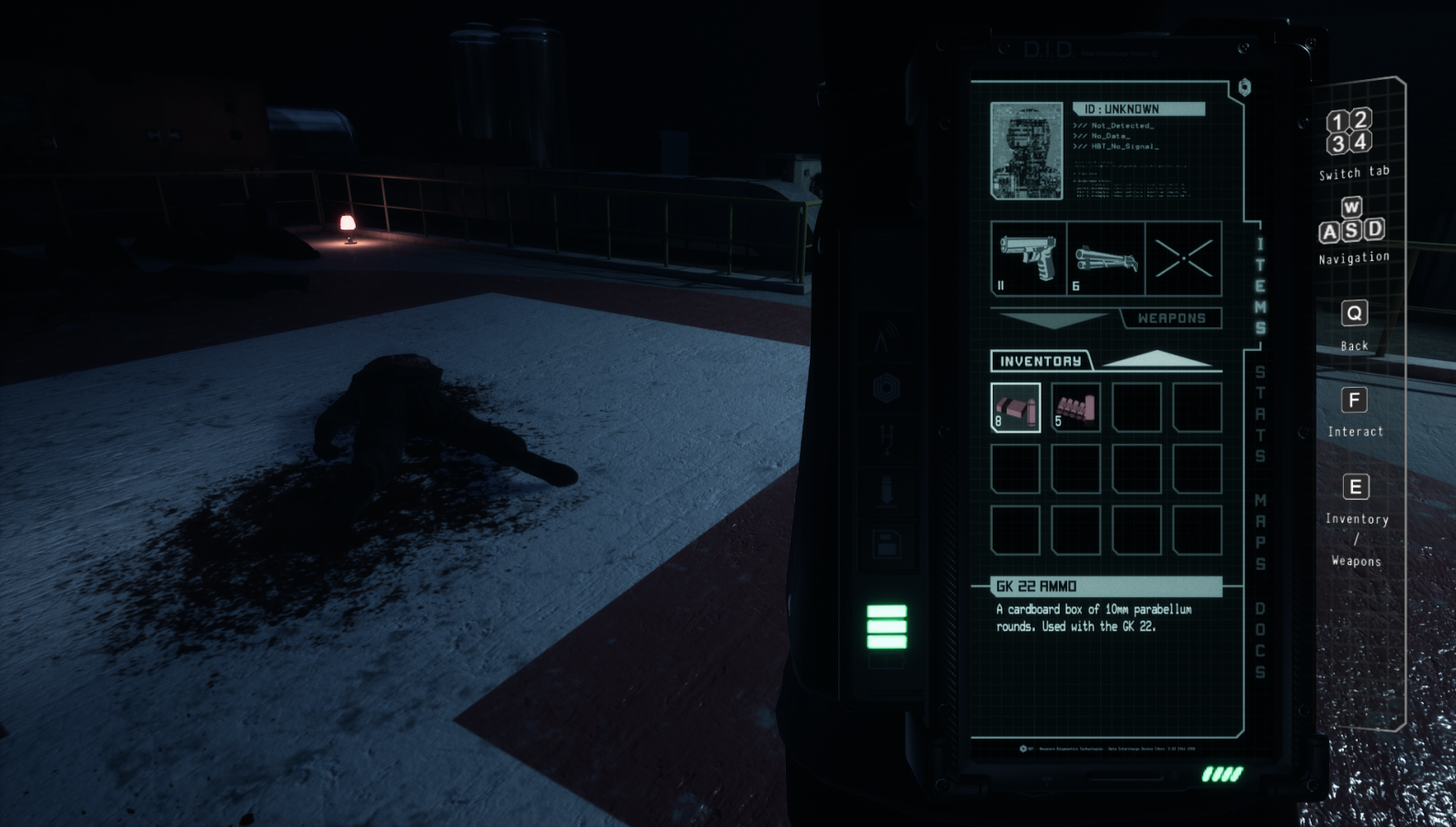 As mentioned before, you have a limited inventory. This means that if you want something new and your inventory is full, you must either use or drop something. This is a bummer when everything you’ve got is useful and you’ve found some more useful items. You can carry around items such as ammo, override cables, snack foods, and fluids. The ammo consists of either regular or special bullets, the snack foods heal your health, the fluids can replenish health or stamina depending on the type, and override cables are used to unlock electronically locked doors. You can find health fluids through exploration or create them by mixing juice with a special additive. It’s an odd mixture, but it’s an interesting alternative to the herbs from Resident Evil games. Unlocking electronically locked doors is valuable because you can find extra items to help you on your journey.

One really cool aspect is your D.I.D. This device is a wrist mounted screen that lets you check on your health, your inventory, your map, and more in a realistic feeling way. You don’t pause the game to do so, which means you need to check your surroundings before opening the D.I.D. It keeps you immersed as you feel like this menu is a part of the actual game world compared to an otherworldly menu. The D.I.D. also allows you to find secret rooms. If you hear beeping nearby, that means there’s a room hidden behind a wall. Move over to the wall and click in order to open the secret door. The hidden rooms can contain save points, a shop to trade items for other items, a machine to turn in military I.D. cards for rewards, and a place to stash items. These stashed items are shared between all hidden computers, which is nice if you need to collect something you previously stored. 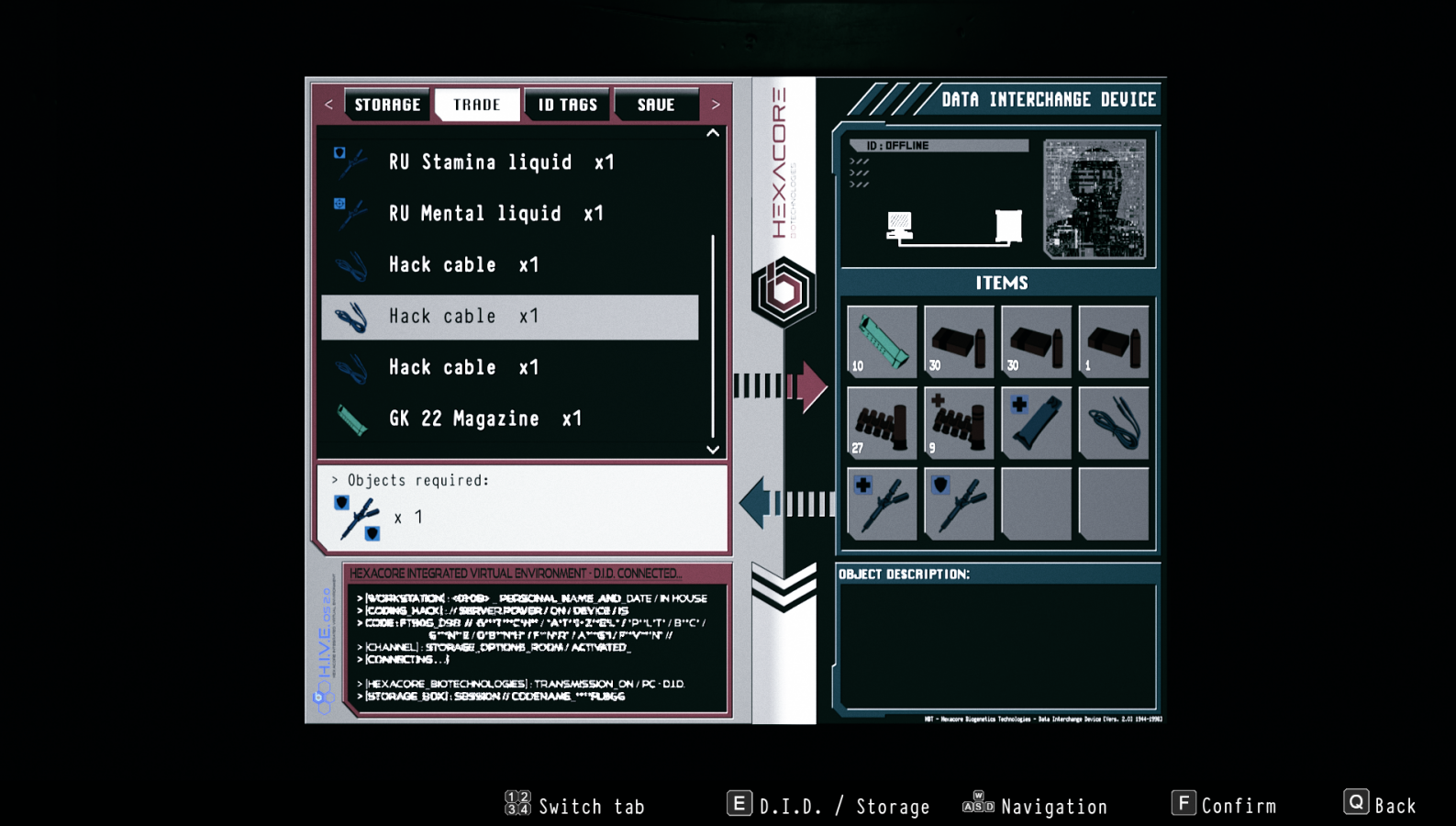 The story itself feels familiar and cliche, but it’s endearing at the same time. The voice acting isn’t great, but it seems intentional. As an homage to the Resident Evil franchise, it’s as if they wanted to capture the cheesy and somewhat cringy aspects of some 90s games. Don’t expect a high-res, beautifully crafted game. In terms of difficulty, Daymare: 1998 isn’t too bad. It offers a good challenge on normal difficulty, but you can test yourself even more with a higher difficulty.

One big issue I have in terms of difficulty is some of the boss battles, especially the final one, are tedious and sometimes unfair. For example, one fight places you against two bullet sponge enemies as you run around a small area. You basically have to run, shoot, reload, repeat. With no health bar to watch, you have no clue when either of your foes will finally die. The final fight on the other hand…forced me to play the game in a different way than I had the entire playthrough. Not only do you have to face a hulking monstrosity that can take a ton of damage, but you also get endlessly spawning zombies that chase you no matter how many you kill. It’s a pain when you’re trying to fight the boss but get grabbed by one of the zombie minions. Also, the boss loves to pull out a roar move that stuns you completely, leaving you vulnerable to attacks from its minions. The roar isn’t used a lot, but in my experience, it gets pulled out as a seemingly “last ditch spam move” for the lack of a better term. In one case, I got grabbed by a zombie, pushed it off, stunned by a roar, and then repeatedly grabbed by zombies until I died. I was unable to move no matter what I did, all thanks to the unfair one-two punch of the boss and its minions. Even so, the rest of the game was pretty fun. I enjoyed the bad dialogue, the interesting story, the challenging gameplay, and the hints of a potential franchise spawning from this game. I’d play more if this created a series, as long as they tone it down on the relentlessness of some boss fights.

Daymare: 1998 is an interesting homage to the Resident Evil franchise, complete with 90s graphics, cheesy characters, and a tough difficulty. Inventory management forces you to think carefully, while boss fights can be tedious and unfair.

Codi loves to play video games and watch movies. He will watch almost any kind of movie just to experience them. His ideas take inspiration from the shows and movies he watches, and games he plays. He also loves a good pun.
Related Articles: Daymare: 1998
Share
Tweet
Share
Submit