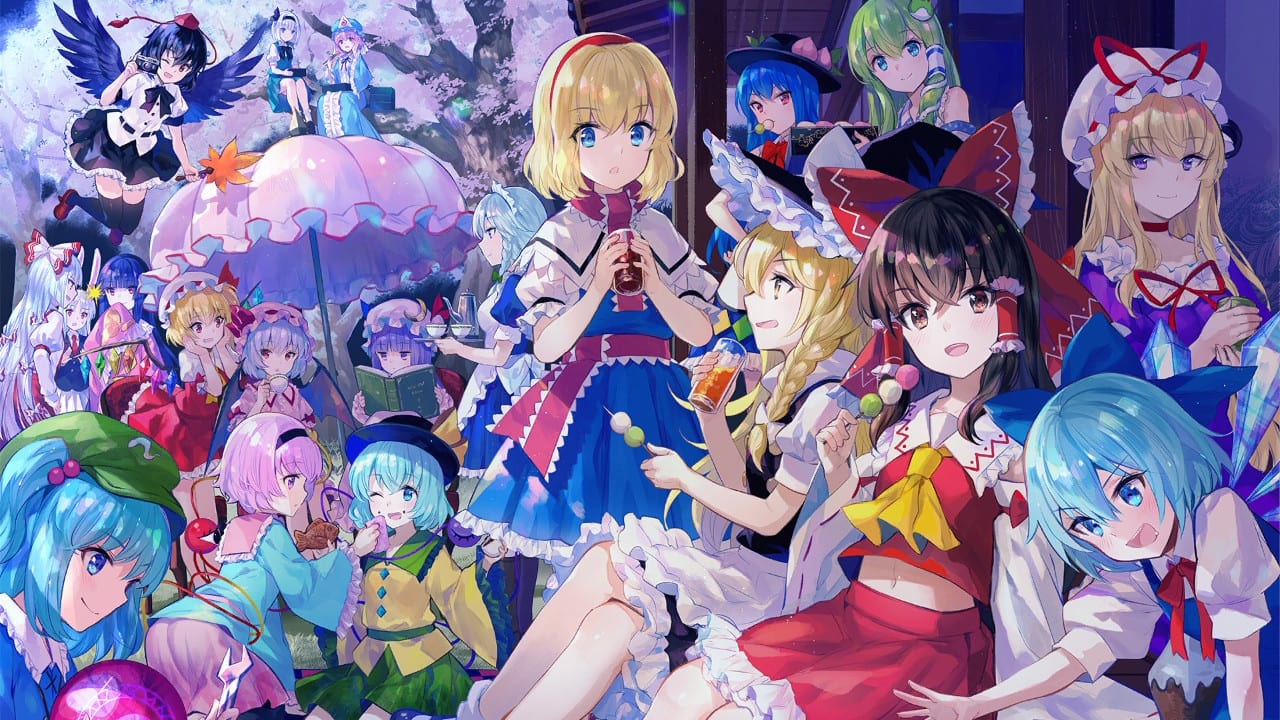 Hey, you thought Puyo Puyo Tetris was the only bizarre but wonderful puzzle crossover game out this generation? Well, Taito finally brought Touhou Spell Bubble to the west, and I’ve got to say, it’s one of the most addictive things I’ve played all year. While its main audience will be those who are dedicated fans of the Touhou Project, literally anyone can pick up this wonderful mashup between a rhythm and puzzle game, with some amazing results. 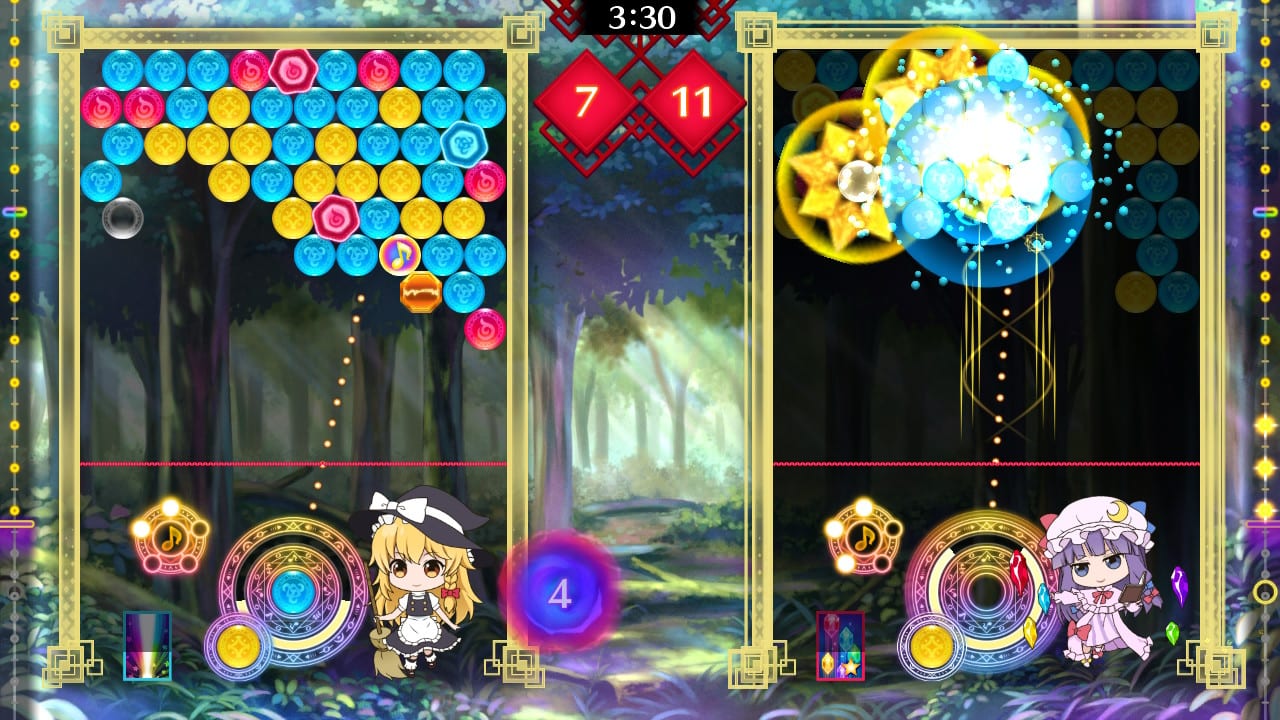 There’s a story in Touhou Spell Bubble, but unless you’re deep into the Touhou Project mythos, it really won’t make sense. A new game called Spell Bubble is all the rage in Gensokyo, and the series protagonist Reimu Hakurei is roped into playing by her friend Marisa Kirisame. What continues is a single-player campaign that follows Reimu (and later Marisa) as she plays this mysterious game with friends, yokai, and celestial beings alike. It’s a straightforward visual novel structure that’s mostly voice acted in Japanese, which is a nice touch.

So if you’ve ever played Bubble Bobble… erm, Bust a Move, you’ll get the gist of what you have to do: clear matching bubbles together before your field is overwhelmed with them. Hitting a group of three or more of the same colored bubbles will pop them, and you can chain several with proper movement (think of whacking an icicle on the top as the whole frozen stream careens below). You can swap your current bubble with the one that’s next in line, and after three bubbles are popped, another line falls down (though you can manually call lines of bubbles to drop in case you want to chain together combos). 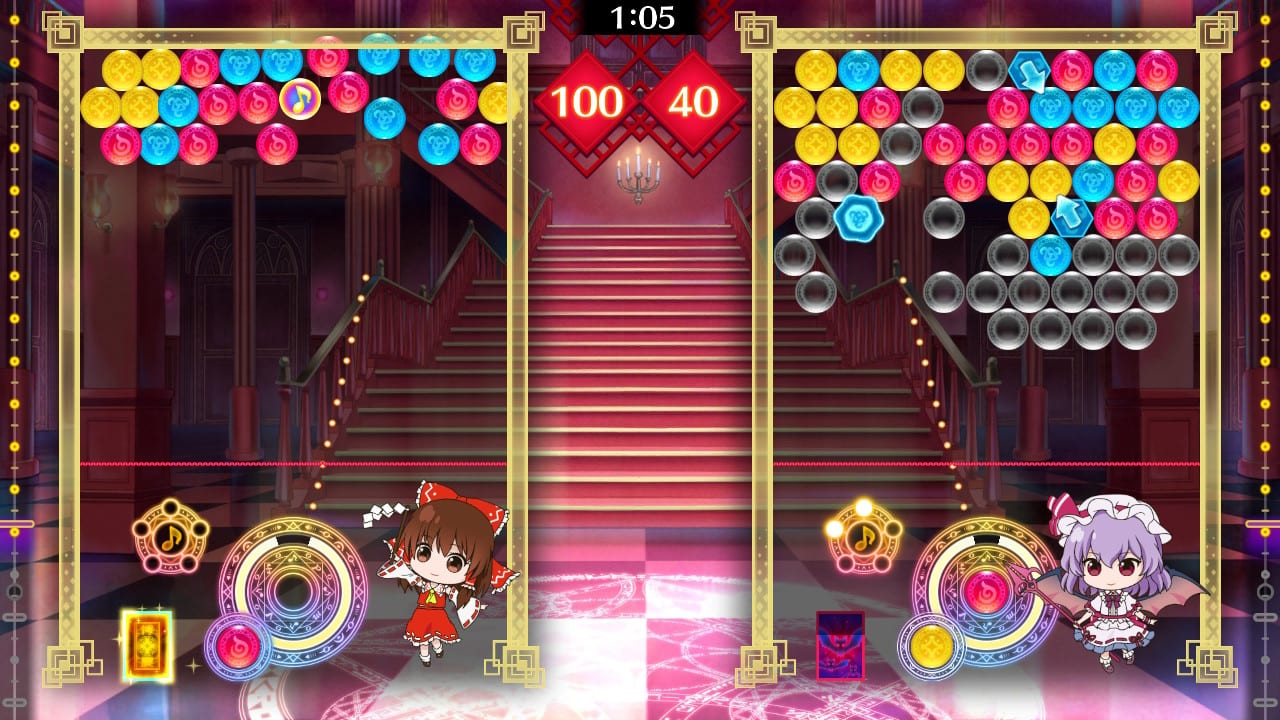 Now that’s the easy part of the game, here’s where Touhou Spell Bubble changes it: The inclusion of a rhythm game mechanic. As you might have seen from the screenshots, you don’t actually lose if you happen to stuff your field with bubbles. Rather, the point of the game is to clear as many special bubbles as you can, which will be glowing as you clear exceptionally large chains. These bubbles will disappear in time with the background song, which means you’ll need to listen and press the button at the right time in order to collect the bubble. If your opponent ends up overfilling their field, you get all the bubbles they lost and vice versa.

You can pressure your opponent by making large chains and filling up their screen with blank bubbles. However, your opponent is doing the same thing as well, so it’s a back-and-forth game of who gets stuck with the blank bubbles that can pop up at the most inopportune moments. As is the case with the Touhou Project (which relies on unique techniques to help you out), each character can also equip one of three selectable Spell Cards, which will give you a special ability after a certain amount of time has passed. Whoever gets the most amount of bubbles is declared the winner. It’s these mechanics that suddenly turn the game from your run-of-the-mill Bust-a-Move title to a creatively innovative mashup.

There’s just something magical and addictive about getting pressured to solve a puzzle chain while managing your field to see if blank bubbles will ruin your day, all while checking the gauge to use a Spell Card. It helps that the rhythm mechanics in this game are simple enough as to not overwhelm players with tracking the beat, but still involving enough to feel like an organic addition rather than something that feels tacked on. It’s done in a way that’s manageable yet hectic (as are most rhythm games), all set to a wonderfully great mix of Touhou songs. While I’m only a casual observer of the franchise (i.e. I know the UN Owen Was Her meme, and can at least get through a couple of stages on any given game before hitting a game over), there were a few songs I knew from the series, and the conversations and references are nice fanservice elements for those who follow these characters. 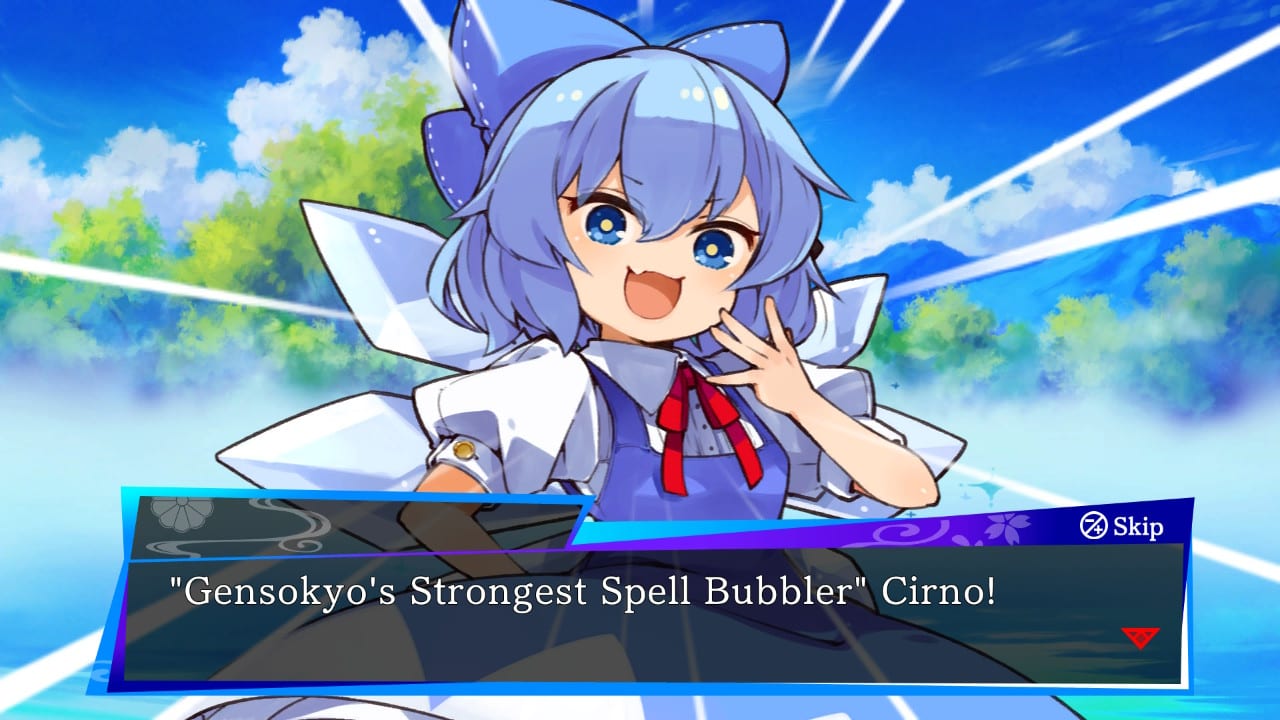 If there’s a minor quibble I have with the game, it’s the fact that some spell cards are unbalanced, which is more pronounced in the story mode since you only control Reimu here. When I was facing Yuyuko Saigyouji, her default Spell Card would summon butterflies on my field, which turn the bubble they’re on blank if not hit with another bubble. Normally this isn’t a problem, but unfortunately, these butterflies are usually stuck in the middle of my playing field, which means I focused on freeing up some chains only to get barraged with blank bubbles because I couldn’t clear my own. This meant I kept losing my field and kept losing for a while. The game also only offers local multiplayer, not online. It’s not that much of a dealbreaker considering the rhythm game aspect means audio latency might ruin the experience, but perhaps a future patch would be nice. 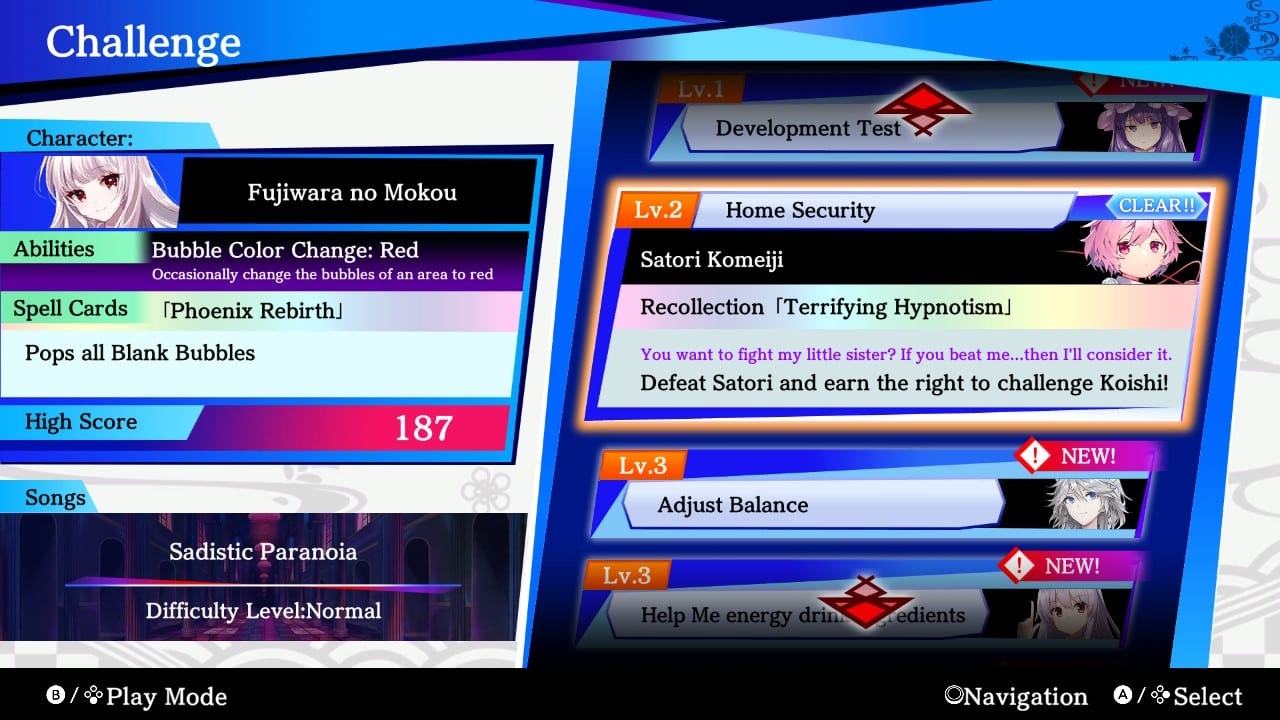 Considering the franchise has a metric ton of songs to choose from, it’s interesting to see which of the over 40 songs were represented here. That said, I’m a bit wary of the upcoming DLC, which feels a bit pricey for a rhythm game. (Coincidentally, this is coming from the same people who released Groove Coaster Wai Wai Party, which has a similarly expensive DLC model). Currently, there are three song packs retailing for $9.99 each, and I’m going to get the Scarlet Devil pack because come on, the original version of UN Owen Was Her! It seems there are going to be side story campaigns that can be purchased, and considering the single-player campaign is lengthy for a rhythm game, that’s alright. The base game itself is pretty pricey at $54.99, and while it’s still worthwhile for dedicated fans, it might be a bit of a harder sell for those who might be interested after playing the demo of the game. I wholeheartedly recommend getting this if you’re on the fence, however.

Coming out of seemingly nowhere, Touhou Spell Bubble is one of the best puzzle games I’ve played all year. The mix of rhythm gameplay and a reimagining of the Bust a Move formula is wrapped up in a Touhou presentation, and it’s an addictively fun experience that diehard Touhou fans should definitely check out.

Elisha Deogracias is an aspiring accountant by day, freelance writer by night. Before writing for Gaming Trend, he had a small gig on the now defunct Examiner. When not being a third wheel with his best friends on dates or yearning for some closure on Pushing Daisies, he's busy catching up on shonen manga and wacky rhythm games. Mains R.O.B. in Smash. Still doesn't know if he's a kid or a squid.
Related Articles: Touhou Spell Bubble
Share
Tweet
Share
Submit