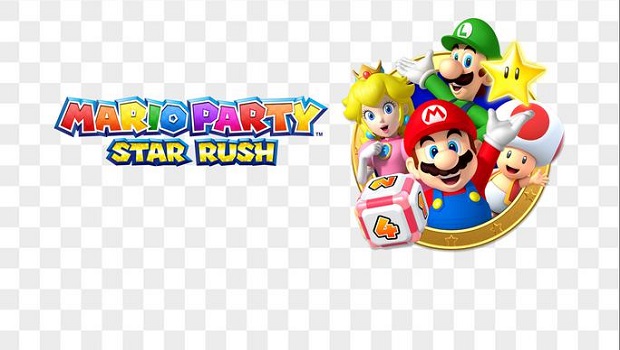 Mario Party is at a weird point in its lifetime; while most people who’ve grown up with the friendship-breaking party game series have moved on, there are still some very die-hard fans that eat up the frantic multiplayer mayhem the franchise provides. So much so that the minute the series switched things up with Mario Party 9, things were… divisive to say the least. Mario Party: Star Rush hopes to shake up the status quo again with the franchise’s second 3DS entry, but is it enough to revitalize a series that wants to stick to its roots every step of the way?

We’re not done yet, but enjoy these Toads.

For starters, Mario Party: Star Rush is very easy to play with a group of friends with their own 3DS systems. While you can still use 3DS download play with only one cartridge (a limited experience, but still convenient), those without a copy of the game can download a guest edition through the eShop, which offers the full game minus single player content. Lag is nearly non-existent with this option, and everything ran smoothly with my friend who had the Guest edition download.

Mario Party: Star Rush consists of a variety of modes, the most prominent of which is Toad Scramble; since this is the staple party game mode, it is the one with the most content. Hoping to diverge from its predecessors, this mode is unique in the fact that it starts up to four players with an army of Toads as they race around a board trying to scoop up stars that are captured by a variety of classic Mario enemies. The most notable change to this formula is the fact that each player operates independently of each other and move simultaneously. No more shared vehicles or waiting for someone else’s turn to make your move. In Toad Scramble, players can move around the board scooping up coins and grabbing items before heading to the boss space and challenging the boss in a special minigame. Whoever deals the most damage obtains the star, and the player with the most stars wins.

Throughout playtime, there will be partner characters from the game popping up, and you can recruit them to assist you during the game. This is important, since you don’t select characters in this mode; Toads can team up with up to three partners which can be switched at will. Each character has a special ability as well as a range of dice rolls. For example, Waluigi can roll 6s four out of six times but also has a chance to lose two coins and risk moving. Luckily, other members can contribute to adding numbers to your roll, so having more members is usually the best strategy. Teammates are also vital for boss minigames, since they will be controlled by AI and will give you a hand.

These boss battles are…
The bomb.

If there’s one thing that I enjoyed, it’s the variety of board designs in Toad Scramble. Each main board is divided into three smaller ones, so technically there are fifteen unique boards on which to play. There are gimmicks in the later boards, like ghosts that masquerade as partners to hinder unaware players, causing you to take a second and rethink your strategy. I really liked these mechanics, and I wish Nintendo would keep the board designs of this mode.

While Mario Party: Star Rush feels remarkably different to other iterations due to how fast it feels, this is also its greatest weakness. All players can move simultaneously, but the whole affair gets hectic quickly, especially when it comes to grabbing coins, balloons, or allies on the board. There were multiple times when I swore I got to the space first, only for my possessions to be yanked by an unsuspecting foe. It feels disjointed and unfair, and it takes quite a while to get used to all of the weirdness. However, with Balloon Bash (the other main gameplay mode, which is more of a traditional Mario Party experience) the speed suddenly slows to a halt as movement is limited to cramped areas. In this mode, games are separated into 20 turns as players scramble to grab star balloons where they can trade coins for stars. At first, it seems like a nice throwback to the older titles, but because of the smaller layout of maps in this mode, it becomes a very repetitive and tedious experience.

What’s even worse with this package is the over-reliance on luck elements. Up until now I never really minded the element of chance screwing me over or giving me the upper hand, but here it seems like the only victories are the done literally at the last minute. In a very egregious example, I was winning one of the final boards with a six-star lead, with nobody else having any stars. Right as I got to the boss battle, I lost a duel as well as my only ally character, and the computer won eight stars thanks to a combination of items and a full slate of partners helping it. To add insult to injury, the computer had won all bonus coin awards (which give out rewards randomly for things like moving the most or landing on the least boss spaces) and ended up getting enough coins to convert into stars (in this mode, 10 coins convert into one star at the end). This wasn’t an outlier either, as these last minute victories showed up in most of the games I played. At best, the luck elements are a distraction, at worst, they’re unbearably a deal-breaker.

Yeah, these are four characters controlled by the same person. It might be a LITTLE bit on the unfair side here.

With the uneven pacing of the game and overbearing chance elements that makes a casino blush, it’s a shame that the minigames aren’t emphasized more. I believe that Mario Party 10 has some of the best minigames of the series, and Star Rush gives that game a run for its money. Each of the minigames featured during Toad Scramble and Balloon Bash are amazing, with only a couple of them being less than stellar. However, with around 40 of them total, this can get repetitive a tad quickly. Other than the two board modes, there are a few extended minigames, and some of them, like Rhythm Recital and Mario Shuffle, end up being nothing than a usual minigame stretched out to ten minute sessions.

Kinda like Theatrhythm Final Fantasy, but if it wasn’t any good.

However, a couple of these modes, Coinathlon and Challenge Tower, stand out here. Coinathlon is a competitive mode with its own single-player minigames, where players compete against each other to complete laps around a course, while throwing items to hinder each other’s progress, ala Mario Kart. While the pool of minigames is even more limited here, they’re all pretty deep and this mode will be sure to bring out the competitive side of your friends. Secondly, there’s the Challenge Tower, a Minesweeper-esque game where you have to climb a bunch of floors, being careful of Amps littered about. You can tag panels with traps with a tap of a button, and this mode has a selection of difficulties, perfect for a few minutes of playtime.

Silly Toad, harnesses are for kids!

Mario Party: Star Rush can be a charming title at times, and definitely shows some promise. However, the game tries too hard to separate itself from its predecessors which causes its mechanics to fall under the pressure of trying something drastically new.

Elisha Deogracias is an aspiring accountant by day, freelance writer by night. Before writing for Gaming Trend, he had a small gig on the now defunct Examiner. When not being a third wheel with his best friends on dates or yearning for some closure on Pushing Daisies, he's busy catching up on shonen manga and wacky rhythm games. Mains R.O.B. in Smash. Still doesn't know if he's a kid or a squid.
Related Articles: Mario Party: Star Rush
Share
Tweet
Share
Submit