I love sim games, they just trigger the dopamine center in my brain and come in somewhere between addiction and guilty pleasure. I most enjoy sim games which I’m able to take on the go, and so despite having logged a frankly embarrassing number of hours on the PC version of Graveyard Keeper, I decided it was time to dig up corpses roots and start my afterlife all over again on the newly released Switch version of the game. I don’t regret it, not even a little.

The first thing that you should know is that this is a straight port of the original game; there are no remasters, additions, or remixes to be found here. What you do get is the same, quality, morbidly funny game which we reviewed last year, so this review will focus on the Switch port itself; please read the previous review for more in-depth information about the game itself. With that said, the port is solid; the only real load times occur when you start the game and before entering a new level of the dungeon. The game never crashed or lagged, and the only real bug I encountered was the occasional glitch while navigating storage trunks, something which will, no doubt, be quickly and easily patched out of the game. 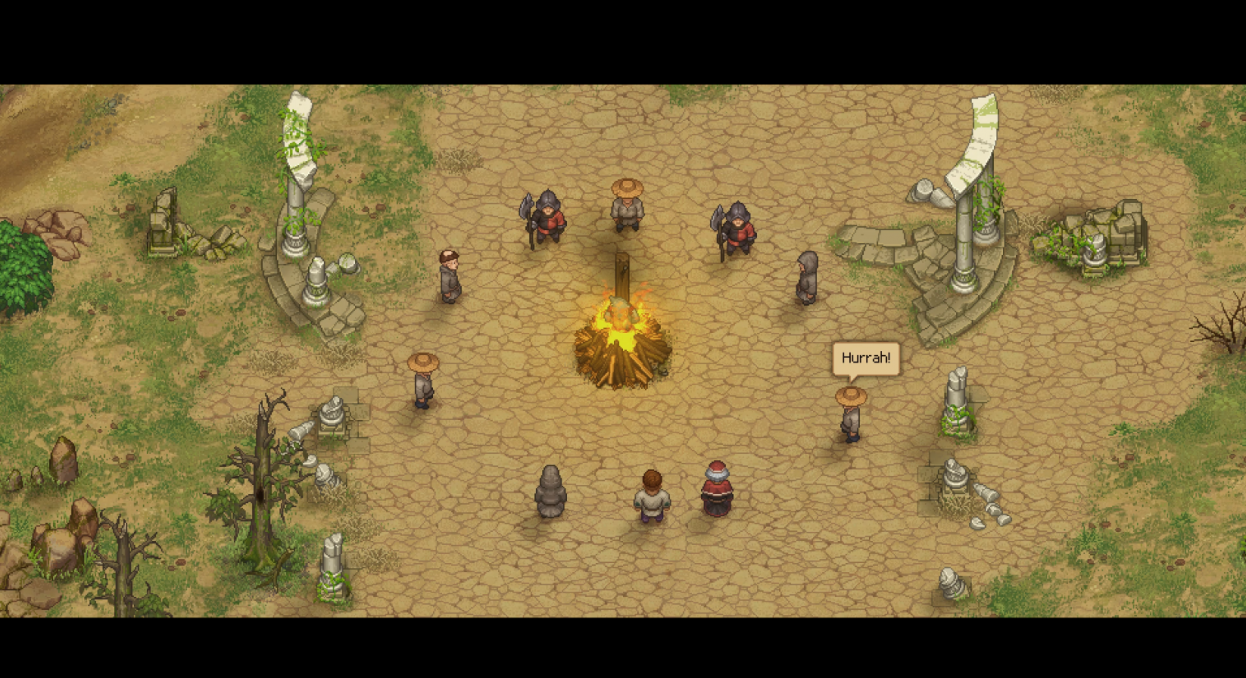 Graveyard Keeper looks amazing on the Switch screen, and the pixel art really shines in the small format. The game plays beautifully docked, though for some reason, I found the text to be a little small for comfortable reading. Disappointingly, the Switch port did not take advantage of the Joy-Con’s rumble feature. While that’s not all bad, I really don’t want to think about how they might feel while the Keeper is rummaging around inside the guts of a corpse, it would have been a nice addition to things like mining, chopping trees, fishing, or most importantly, during combat. I always felt the combat in Graveyard Keeper was a little floaty, and something as simple as having the Joy-Cons rumble whenever my sword connects with a monster could have really improved things.

Given that days in Graveyard Keeper last all of nine minutes, the Switch really feels like the ideal way to play. It allows me to jump in for one or two in-game days while I’m out and about and kill some free time harvesting resources, planting crops, or digging a grave or two, effectively setting my up for success and making it that much easier to achieve some of the game’s numerous goals when I get home and am ready to dedicate an hour or two to this delightful, rather morbid little pixel world. I’ve only spent a few days with Graveyard Keeper on my Switch, but this short time has already proven to be the nail in the coffin, effectively ending my time with the PC version.

The premise of Graveyard Keeper is of the most unique of just about any sim game out there, and this no-frills Switch port makes it portable for the first time. There really isn’t much that needs to be added impressively robust graveyard management game, but it would have been nice if the game took advantage of the Joy-Con rumble feature.