Welcome to Mara, a sunny little island-filled world where it is always summer. You’ll be taking on the role of Koa, a young girl who is determined to heed her grandmother’s advice and help everyone. After discovering a strange, magical creature and repairing an old boat, you set out into the wild world, completing quests, cooking food, tending to animals, meeting people, and exploring the numerous, charming islands of Mara. 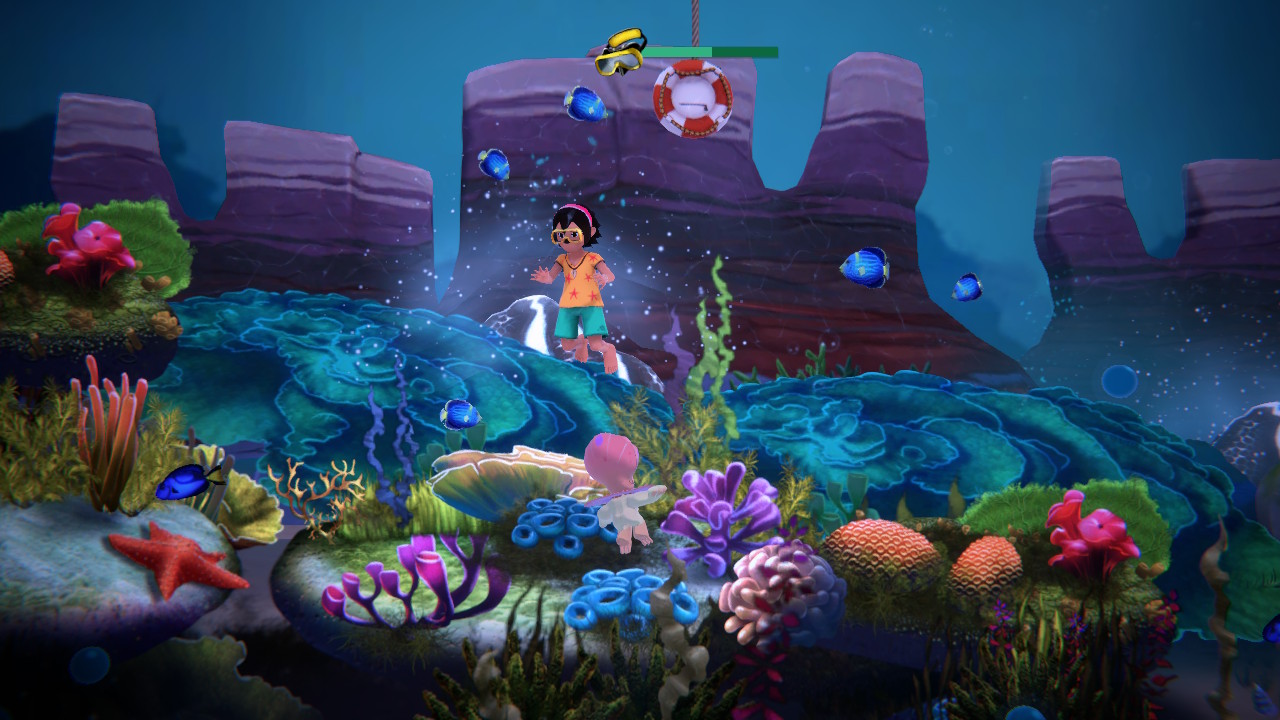 Summer in Mara is a Kickstarter success story, an adventure/farming simulator made by a small team out of Spain. While it is billed as a farming simulator, the mechanics of farming have less in common with Story of Seasons or Harvest Moon, and feel more like the farming in My Time at Portia or Yonder: The Cloud Catcher Chronicles. Till your fields, plant your crops, and water them–or don’t. Your crops will grow anyway, just more slowly. That’s a good thing, though, because your wells will run dry unless it rains, and it never seems to rain when you want it to.

Exploration slowly unlocks as you progress through the game, and it’s tempting to draw comparisons to The Legend of Zelda: Wind Waker and The Legend of Zelda: Breath of the Wild. You’ll be running across surprisingly large islands, navigating a small boat to new destinations, collecting farm animals, fishing, and harvesting resources as you go. Summer in Mara has no combat to add texture and tension to your island explorations, which can make the back-and-forth treks a bit of a slog. While Koa can’t climb, her jumping abilities are off the charts, and she can take a fall better than Link could ever dream of — and she does it while barefoot! 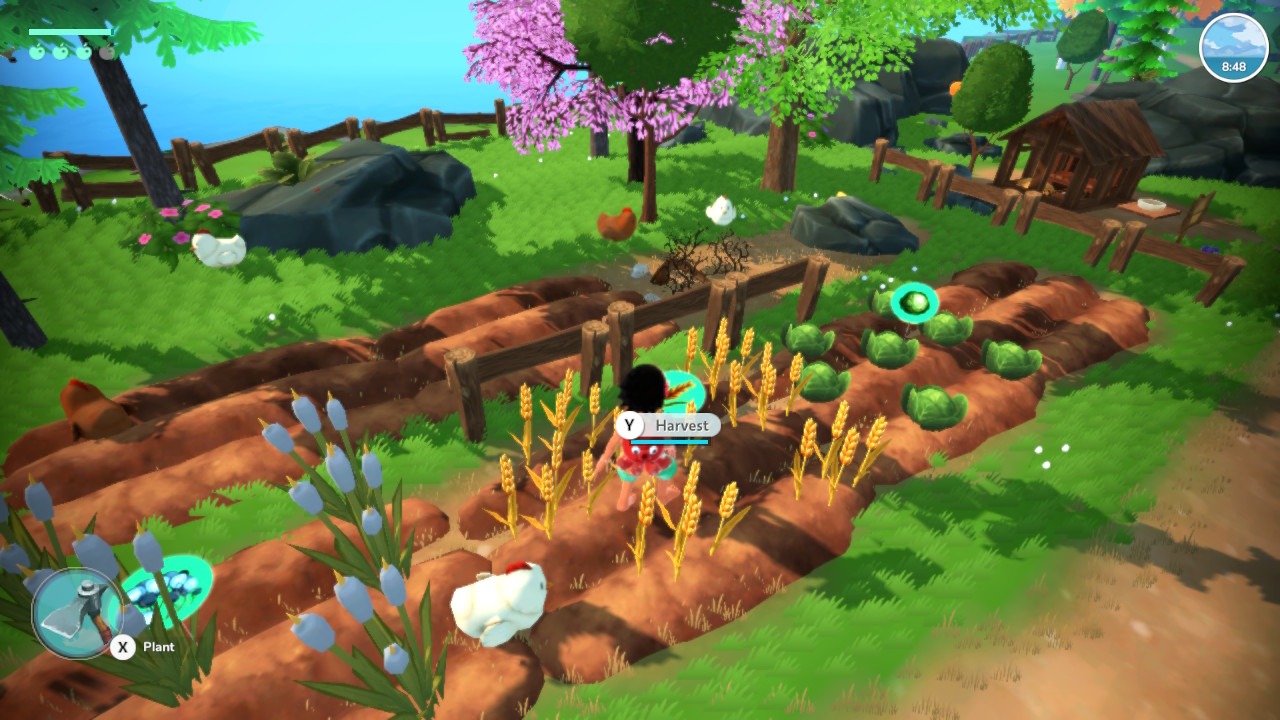 It is a compliment that such a small dev team could have their game held up to The Legend of Zelda, which is backed by a gargantuan budget and massive manpower, but it’s ultimately unfair to the Chibig team. Summer in Mara can’t hope to live up to those standards, and anyone coming in expecting a Zelda-type adventure is bound to be disappointed. That said, those looking for a bright, relaxing, and wholesome title are bound to fall in love with this little world.

The core gameplay of Summer in Mara revolves around quests, which means you’ll be doing a whole lot of running back and forth. Everything you do in the game, from farming to caring for animals, fishing to mining, cooking to diving, talking to people to foraging on new islands, all leads back to being able to bring an NPC the item they asked for. Sometimes these flow naturally, but there are times when quests seem to bottleneck, with multiple quests held back by the need for one unattainable item. Sometimes it’s hard to even figure out how to complete a quest, and the never-ending fetch-quest nature of the game grated on me more than once. The game itself would benefit from a compass or a mini map when not in the boat, as well as quest markers inside the game. 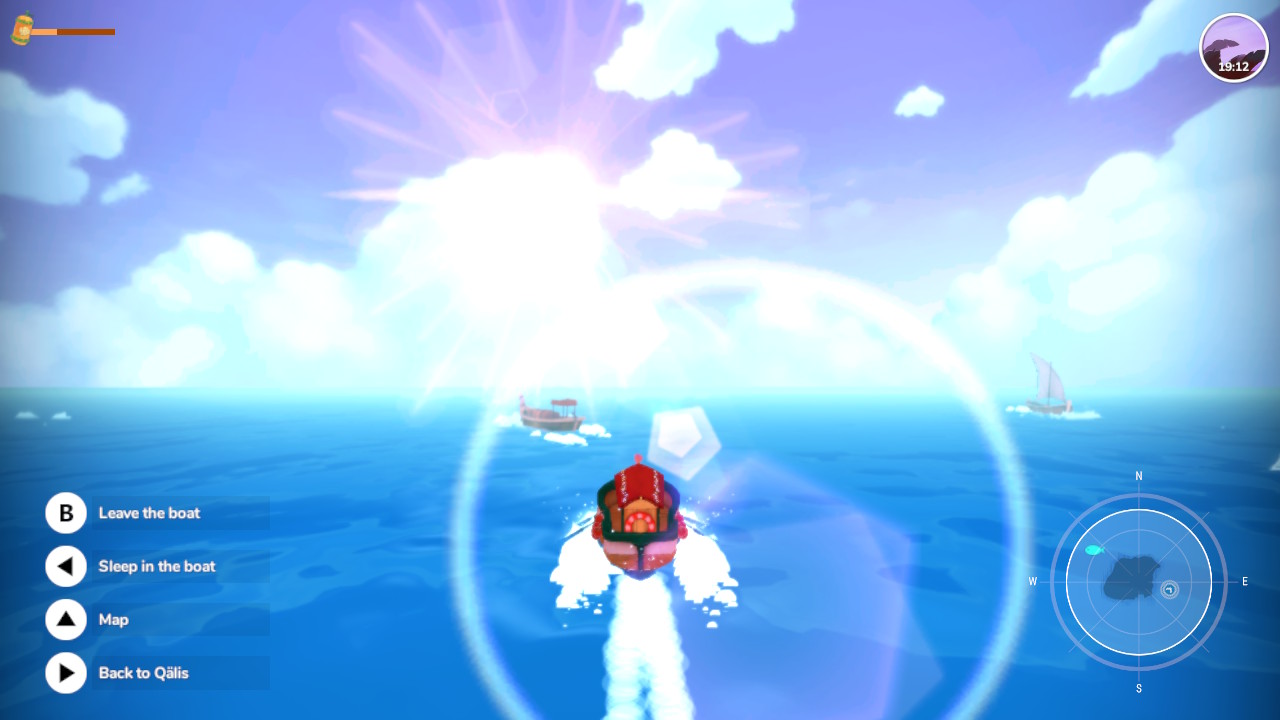 All of that is offset by a cast of colorful and quirky characters, some more sympathetic than others. At times I found myself outraged on behalf of Koa, whose generous spirit and innocent nature are often taken advantage of by some characters. Other times I found myself smiling thanks to her unbridled and outspoken affection for certain characters, and her enthusiasm towards seeing her community cared for and content. I found myself pleasantly surprised in regular intervals; just when I felt like I’d met everyone, a new character appeared. Just when things started to get boring, I was confronted by an angry alien. No sooner than I started complaining that all the islands seemed similar did a whole new set, with shockingly different designs, colors, and weather appear. Summer in Mara is not revolutionary or overly challenging, but it never set out to be that; it’s a relaxing, peaceful game about a young girl discovering herself, finding her place in the world, and making it a better place.

From a technical standpoint, Summer in Mara runs smoothly and looks great. It does have a noticeable load time whenever you enter Qalis, but the game looks amazing and plays smoothly, with only the very occasional framerate drop on the Nintendo Switch. I did find myself colliding with a few unexpected invisible walls within the open world of the individual islands, and it does have a few additional quirks, but there is a launch day patch which should mop most of the strangeness up. The music is thematic and memorable without becoming grating, even after long play sessions. 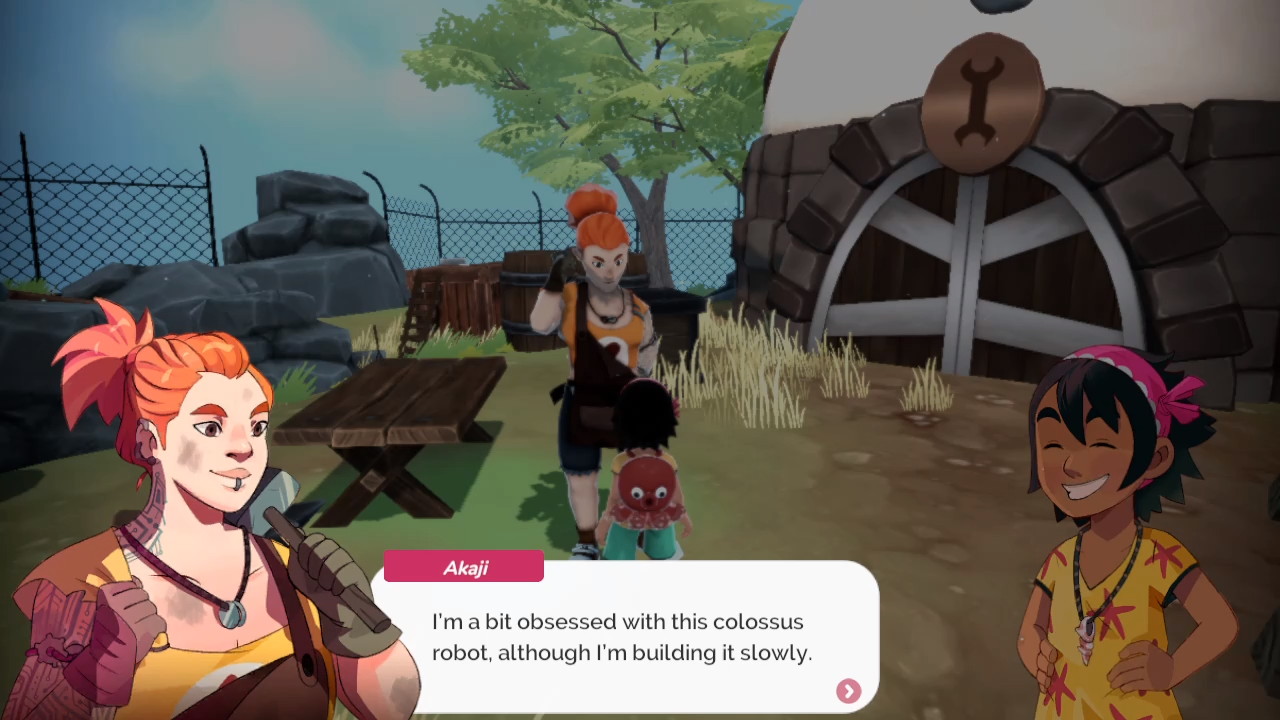 Summer in Mara is bright, wholesome, and relaxing. Who wouldn’t want to get lost in a sunny world filled with pirates, aliens, treasure, and a still-under-construction metal colossus? It’s also imperfect; quests can be confusing, the storytelling could be a little more polished, and running back and forth to start quests and deliver items can be a bit of a slog. That said, I look forward to spending many a summer day exploring the beaches and oceans of Mara, racing pirates, and unlocking the secrets of this warm, welcoming little world.

Summer in Mara is a relaxing adventure sim which focuses on quests and characters over farming or true exploration; if you’re looking for a challenging farming or adventure game, you may want to avoid these waters. At its worst, Mara’s quests can be poorly communicated, bottleneck and cause frustration, but at its best, it’s easy to get lost in this bright, breezy world filled with aliens, pirates, and wholesome adventures.