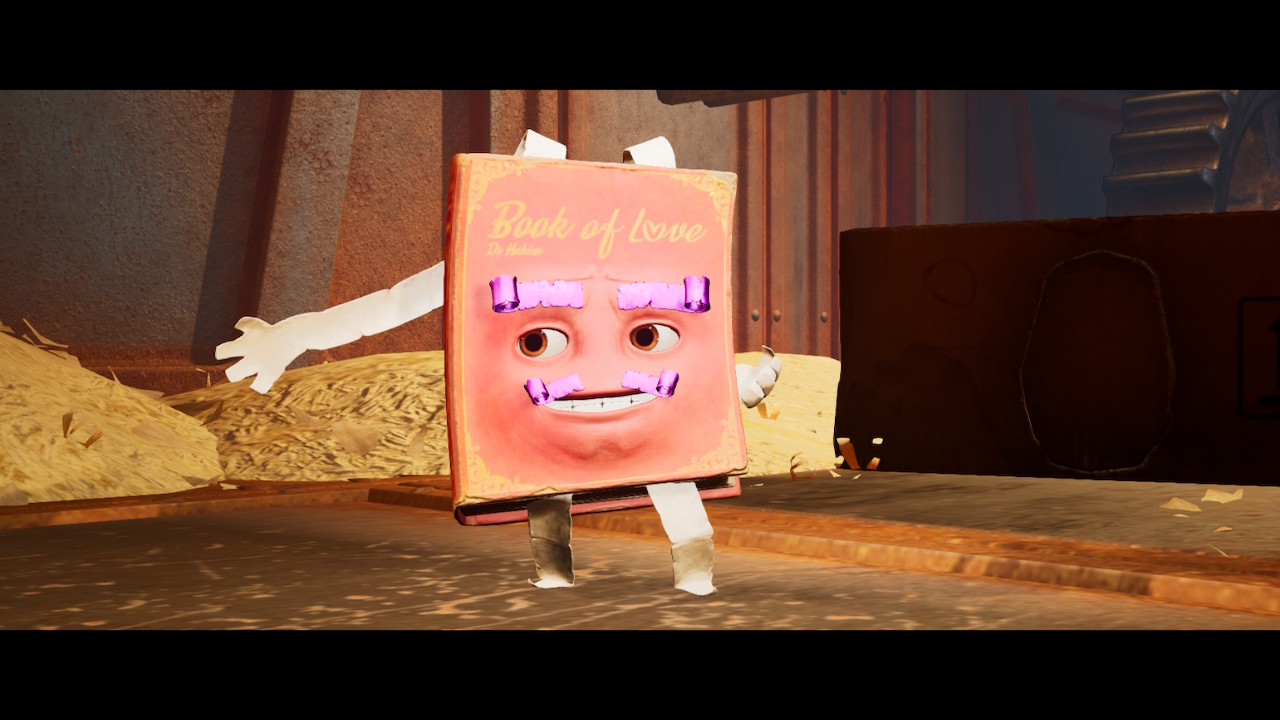 It Takes Two is the hit puzzle platformer about two parents trying to make their daughter cry! OK, I kid, but it is kinda like that. Editor David Burdette reviewed the game on PS5 back in 2021 (approximately 50 years ago) with a bit of help from myself as an emergency co-op partner. From what I played, the game was a ton of fun with gorgeous visuals and a compelling if too dark story – I will never forget the time the game forced me to murder an innocent elephant queen. The game is finally coming to Switch, complete with couch, local wireless, and online co-op, so David Flynn and Cassie Peterson prepare to settle their differences in a quick review of this modern classic.

A short summary before we begin, It Takes Two follows May and Cody, parents of Rose, who are in the process of getting divorced. Understandably devastated by the news, Rose makes a wish on two dolls of her parents that they could be friends again, and suddenly May and Cody become the dolls. With some “help” from the Book of Love, the two need to platform their way through this mess and find a way to return to their bodies, and learn to work together along the way. While the game is a platformer at its core, there are a ton of different tools you use along the way to spice things up like a hammer and nails to make for new platforming options. The game even becomes a Diablo-clone for a bit at one point, but for the most part it doesn’t stray too far from the core mechanics.

It Takes Two seems like a perfect fit for Switch, and it is, but it does come with a few drawbacks. Obviously, the largest is in visual quality. The game looks very rough on Switch, with cutscenes, particularly the opening, having that Unreal Engine texture load in after a cut. Having played the game on PS4 previously, it is admittedly tough sacrificing the gorgeous visuals but I think overall the art style wins out, especially during gameplay. Once you get into things, you’ll be having too much fun to really care about low resolutions and aliasing.

This is exclusively a co-op game and Switch gives you the most options so far. You can play couch co-op with two sets of controllers, over local wireless with two Switches (we sadly aren’t able to test this before launch), or of course online using NSO. In the original review, we ran into a few glitches and desyncs but those seem to be mostly absent here. Sure, I would see Cassie’s character slightly jerk around or rubberband rarely (though apparently she never experienced this), but it never negatively affected gameplay. We were able to get through the Shed chapter of the game without issue, well, without connectivity issues at least. Both of us had brain fart moments with some puzzles where the other person was clearly ahead of the game, but that’s just part of playing a game with someone. 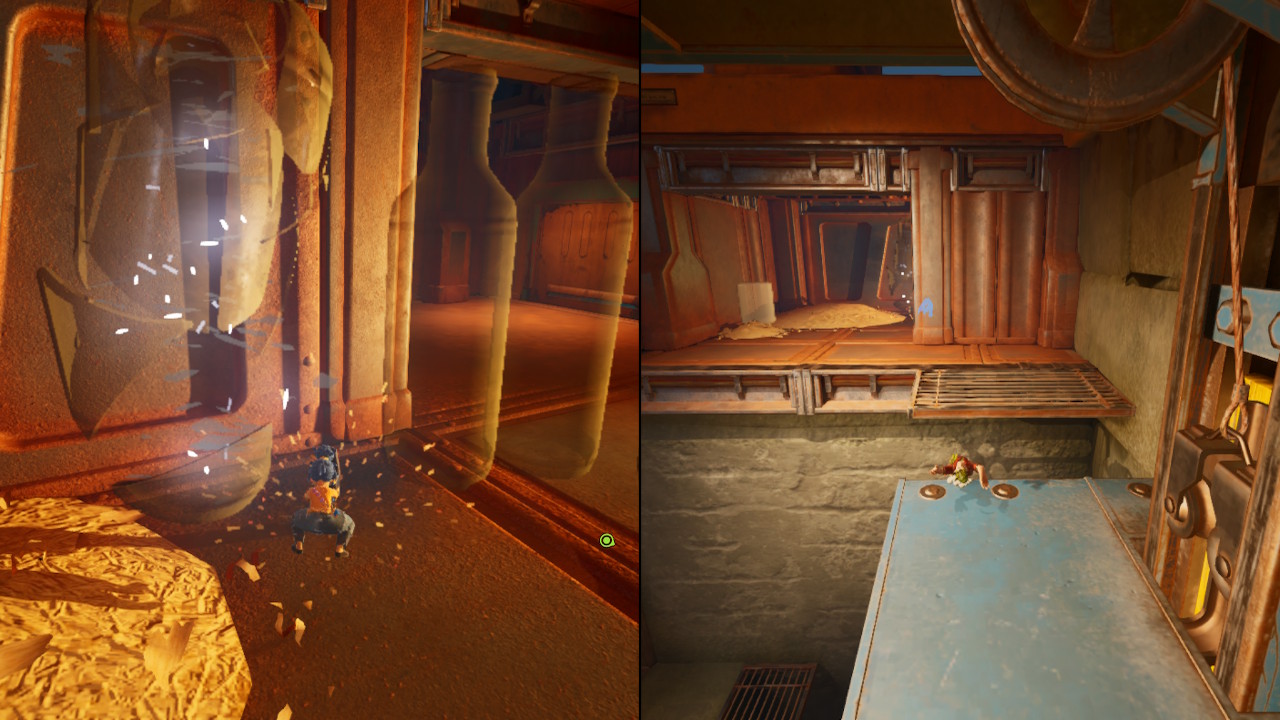 I imagine couch co-op works exactly the same as on other systems, but given the Switch’s portability the requirements of at least two joy-cons for both players makes this a tough one to break out anywhere. The game does use a lot of buttons and requires a second stick for camera control, but I can’t help but feel it could still have been simplified for single joy-con play. It would have required moving a lot of actions around and onto the face buttons, with motion controlling the camera, but from what I’ve played I think it could be done.

In handheld mode the game performs about the same as while docked. There were no noticeable dropped frames or stutters, everything was very smooth, even during the parts where the screen splits so you can see what the other player was doing. This is such a relief to see that there were no sacrifices on performance regardless of how the game was played. The only gripe here is that joy-cons don’t feel like the optimal controller type to use, but that might just be a personal preference.

It Takes Two is a fantastic co-op game, and feels right at home on Switch. Sadly the visuals take a big hit, but in return you get a few more options on how to play. It still remains difficult to get a co-op partner for the full game let alone enough controllers, however if you can manage you’re in for a great time.