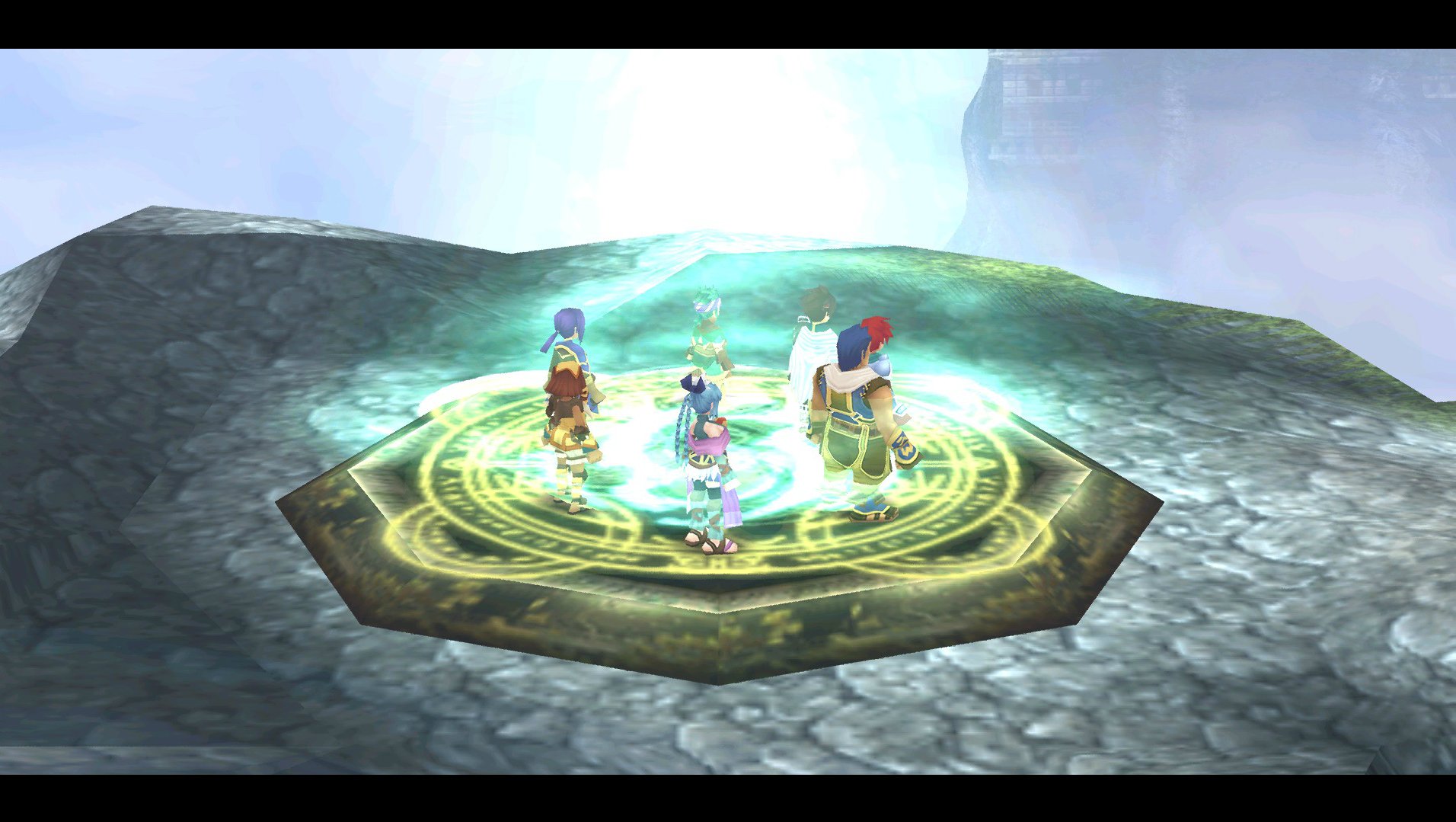 Simplicity really speaks to me. In a world where you can have anything imaginable in any color you like, sometimes it can be nice to just stop, breathe, and appreciate the small things. Time and time again, the Ys franchise uses a basic “us and them” dynamic to show foreign adventurers Adol and Dogi working with new people across many lands in pursuit of a little money and a challenge.

These adventurers aren’t conquerors, nor seeking treatment for a princess’ mysterious brain damage, nor are they on the run from some world ending force. They are just a couple of friends who seek adventure wherever they can. If a simple solar eclipse can be a great gig in the sky, a simple adventure like Ys Seven can be something truly spectacular as well.

If the majority of the juggernaut JRPG franchises are Pink Floyd’s “Dark Side of the Moon”, with lots of large bombast, variance, and immediacy, Ys is definitely their “Piper at the Gates of Dawn”, which is to say straightforward, weird, and incredibly rudimentary. Ys Seven, originally released for the PSP, is a remastered reflection of a game growing up ever so slightly.

Ys Seven plays like a mixture of Super Nintendo era Legend of Zelda and Final Fantasy games, combining a lot of grinding and leveling with a top down adventure in real time. Most of the time is spent running and hacking enemies, with some breaks to trigger cutscenes. The fighting is fast-paced, and fluidly allows for switching characters and styles.

The game is dependent in battle on attack styles, which determine if your attacks hit or miss. At the start, Adol is a slasher and Dogi is a bruiser, and the game makes you switch between the characters to effectively attack as you move along the map. I love this, as it makes for much more use of minor characters, adds a quick paced strategy element, and opens up the other fighters to engage other enemies they are more apt to take on.

Along the story, and additionally just out on in the world, you’ll find and face bosses. Each boss seems to be a gigantic animal or insect, and each has a unique set of attacks and defenses. These bosses don’t blow me away, really. They are fun battles and can be challenging, but the game lends to a grinding for levels that will leave most boss encounters very simple and quick fights. Besides that, the bosses just aren’t impressive to look at or face.

You are able to switch characters while on the map, in battle or not, and each party member contributes to fighting and gathering resources, which are scattered all around. Raw resources found in the field can be synthesized into items, which is nothing out of the ordinary but is a nice function in a game notorious for being item stingy.

Originally a PSP release, this remaster is done in a way that upscales the graphics and some of the effects to make the game look more modern. This results in a game that is smooth and clear in some aspects, with others retaining the low resolution look of the original. If you run this game at the highest graphical output, this is stressed to the extreme, and it looks really strange. A vase will be blurry against a very clear building, or a structure will be low resolution with all surroundings looking crisp and modern.

This is not necessarily bad, but just strange to see. Tweaking the settings can alleviate some of the differences, and this is not a game that necessarily needs to be ran at full tilt. Aesthetically, Ys Seven is pretty, with a lot of bright colors and stunning views created by nice camera placement throughout the game. It can be a nice experience just traversing from place to place. The music in Ys is amongst the very best in gaming, and this game is no exception, with plenty of sweeping scores and catchy riffs.

While the Ys Seven experience is largely positive, and there are few aspects that can be seen as true negatives, the intro for the game is perhaps one of the most cryptic and frustrating sequences I’ve been through. The game wants you to speak to a girl to get two flowers, and then leads you nowhere. You’ll speak to everyone around, with no good answers, you can’t get in anywhere, and there is absolutely no indicator or information anywhere to tell you what you are doing.

The game wants you to talk to a woman near a flower cart, but only after you’ve visited some of the sites around town. The game neglects to make that very clear, however, and then further still makes finding the “trigger” of this woman by a cart even less so. This sort of obscured, find it yourself nonsense is a relic of the bad gaming past and shouldn’t be in a release for the PSP, much less today.

Ys Seven is a straightforward adventuring JRPG that plays quickly, keeps things simple, and moves along with daring speed. The battles are fluid and emphasize the group dynamics of the entire party of characters. This upscaled release is a beautiful game that leaves something to be desired resolution wise, and has a flawed beginning that can frustrate many, but overall this game is another example of Ys’ long held excellence.

Patrick Rost has been with Gaming Trend since 2013. At first focused on sports coverage, Patrick has gone on to cover a wide range of games and other products for the website. Outside of Gaming Trend, Patrick writes and records music, grinds perpetually in Elder Scrolls Online (PS4), and lives day to day with his two dogs, Bob and Stella.
Related Articles: Ys Seven
Share
Tweet
Share
Submit