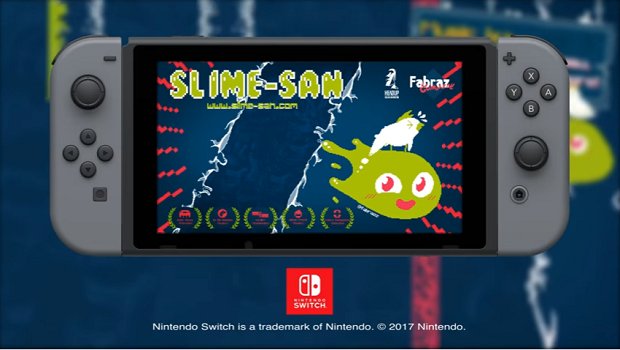 I’m a big animation fan, and I hold a very unpopular opinion: I really like the Cars franchise, and I enjoy Cars 2 more than Pixar’s less adored fare, like Monster’s University or The Good Dinosaur. Given the source material, it’s a given that the Cars series would work as a good racing game. With Avalanche Studios (the developer behind the sadly discontinued Disney Infinity) at the helm, Cars 3: Driven to Win is a surprisingly decent licensed racing title, with enough charm and gameplay to be enjoyed by all ages.

While based on the Cars 3 film, Driven to Win actually takes place after the end of it. We’re greeted by a flashback sequence where protagonist Lightning Mcqueen races alongside Doc Hudson and other legends, and then we cut to a challenge by new rival Jackson Storm, who wishes to race against the beloved veteran once again. Alongside his successor, Cruz Ramirez, Mcqueen has to train up in order to defeat Storm once and for all. While there isn’t much story after the intro sequence, you’ll get bits and pieces of narrative through racing commentary and other challenges. It’s not an explicit tie-in, but for those who have been following the movies, there are some references peppered in to please fans of the Cars trilogy. After the intro, a host of modes opens up as you play: the main race mode, battle races, stunt challenges, takedown mode, best lap challenges, and playground.

While it’s not aiming for the realistic thrill of Forza, Cars 3: Driven to Win takes a page from Mario Kart and Crash Team Racing and is a mix of high-speed thrills and cartoony charm. You can select more than twenty cars over twenty tracks, as each track represents different locations from each Cars film. The graphics aren’t the level of Gran Turismo, but they look beautiful and run pretty well. The voice work, on the other hand, is hit or miss, which is significant since you’ll be hearing the same quips often. They obviously couldn’t get Owen Wilson or Cristela Alonzo, but the stand-ins for the major characters sound a bit inconsistent and odd compared to their film counterparts. The lesser known extras fare a little better, but all in all it’s a mixed bag and they should’ve at least picked up Larry the Cable Guy to reprise Mater.

The master teaches the student.

What separates Driven to Win from its colorful competition is the basic gameplay system. While you can save turbo boosts ala Fast RMX, you’ll gain it by drifting, doing air stunts, trick driving (going in reverse or in two-wheeled mode), and grabbing fuel canisters. You can also side bash into other cars, which will cause them to lose control for a second or two. Also present are a few shortcuts peppered in, which you can use in order to get ahead. The physics are catered towards a fast, frenzied pace, so you’ll come to expect a lot of skids and crashes during races. I really enjoyed the pacing here, and the addition of jumping and air stunts adds a lot to the main formula, especially since shortcuts gravitate towards the use of boost and air techniques.

There’s a lot to like within the tracks themselves, and the variety of them ensures a lot of replay value. Included is a Hall of Fame, which acts as the game’s achievement system. While you’ll unlock quite a few achievements in no time, there are some that will take some time to obtain, such as completing one whole lap while driving in reverse, or drifting for a total of thirty minutes. These achievements are necessary for unlocking more characters as well as other events and locations, which means there’s a sense of progression which will keep you coming back.

The achievement system is like Kirby’s Air Ride, except WITH CARS!

While the tracks are solid, the modes are pretty varied as well, though some are more noteworthy than others. A few of them add a mascot staple: weapons. Takedown (my hands-down favorite), pits you against some generic cars as you use projectiles and other weapons in order to dispatch them. It’s a Burnout-inspired type of race, and I enjoyed trailing my opponents to destroy them. The other main mode that utilizes weapons, Battle Race, is more of a mixed affair: this is basically the Race mode with weapons shoehorned in, and you can grab them in boxes scattered around each track. While I did enjoy the races here, it suffers from a bad case of rubberbanding; I feel like the game does undergo this to a certain degree, but it’s in this mode where it’s most apparent. Opponents suddenly get weapons that hit you hard, and sometimes you’ll get a barrage of them with no break in sight. It’s frustrating when this happens at the last second too, and I just want to chuck my controller out the window on harder tracks.

Seriously though, can Avalanche Studios make the next Burnout? Pretty please?

The other modes are a nice addition though. Stunt challenges task you with scoring points through air tricks, which means a lot of time will be spent airborne. For a racing game built on cars, it’s amazing how Avalanche Studios managed to pull this off. Best lap challenges are a time trial, as you’ll have to try and find ways to shave seconds off your lap time in order to reach objectives. Another big standout is the Playground mode, where you’re plopped into Thomasville and are given free reign to test your skills, find collectibles to unlock a certain character, and participate in different sidequests like exploding crates or grabbing airborne orbs. This mode gives off a Disney Infinity feel, and is indicative of Avalanche’s dedication to that franchise.

For a licensed game aimed at the younger crowd, I was surprised by how challenging the AI can be at higher difficulties. While easy mode is a piece of cake, opponents will be on your tail in medium and hard difficulties. The AI will exploit shortcuts on these difficulties, so you’d better be prepared to memorize the track layouts if you want to be on top; four master-level challenges (this game’s equivalent of a boss battle), designate a final level of each mode, and they will give you a run for your money. This has the side effect of exacerbating the aforementioned rubberbanding of some modes like Battle Race, but overall, it was a surprise and a breath of fresh air when a licensed game puts up a fight with its computers.

I’d make another “Gotta go fast” joke here, but I already did that reference in my Fast RMX review.

If there’s another thing that Cars 3 lacks though, it’s customization. For the amount of content included here, the lack of any type of tuneup system is a bit apparent. You can unlock cosmetic changes like horn sound and drift spark color, but you can’t fine tune any specific features of your playable car.

Cars 3: Driven to Win is a surprisingly refreshing racing game. While it does come with a few speed bumps here and there, the novel approach to Cars 3’s tie-in game is simply high-octane fun.

Elisha Deogracias is an aspiring accountant by day, freelance writer by night. Before writing for Gaming Trend, he had a small gig on the now defunct Examiner. When not being a third wheel with his best friends on dates or yearning for some closure on Pushing Daisies, he's busy catching up on shonen manga and wacky rhythm games. Mains R.O.B. in Smash. Still doesn't know if he's a kid or a squid.
Related Articles: Cars 3: Driven to Win
Share
Tweet
Share
Submit