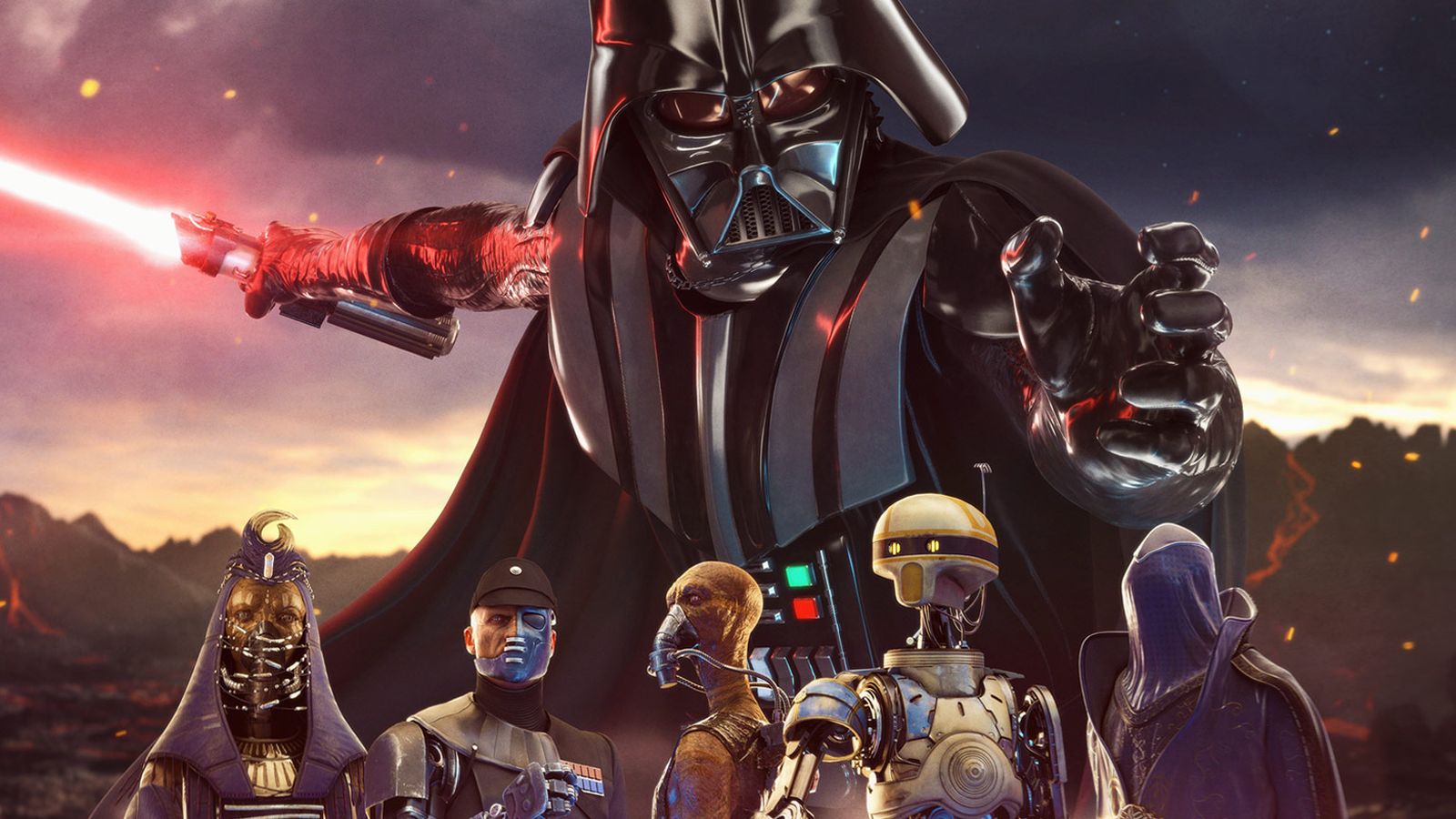 I just finished my usual re-watching of the Star Wars movies, so what better time to embrace the dark side and try out Vader Immortal — a game that somehow slipped past me like a greased up womp rat. Marrying the talents of writer and executive producer Davis S. Goyer (He wrote the screenplay for the Blade Trilogy, the Dark Knight trilogy, as well as Call of Duty: Black Ops, Black Ops II, Black Ops Cold War, and more), ILMxLAB, and Disney, I was looking forward to learning more about the titular hero. Let’s fire up the PSVR and set out on an adventure long, long ago in a galaxy far, far away.

Vader Immortal first released on PC VR headsets, and was a 3-part episodic title, with frankly long stretches in between, and an even longer stretch from PC to PSVR. Now, we have the special retail edition of the game in hand, with all three parts finally together for the first time in a physical box.

The story of Vader Immortal doesn’t put you in the hulking mask and breathing apparatus of the titular dark lord of the Sith. Instead you are in the grubby boots of a low-down smuggler fleeing the Empire. Despite your best efforts, the Empire effortlessly captures you and your robot ZO-E3 (voiced by the always-funny Maya Rudolph). Captured, you soon find yourself face to…well, shoulder, with Darth Vader himself. Extending his gloved hand, he hands you a mysterious box and advises that you’ll open the box, or you’ll die. Somehow, despite the apparent efforts of many before you, you are able to open said box, releasing a Bright Star. This mysterious object has the ability to bring people back from the dead — Vader intends to use it to revive Padmé who died of…let me check my notes. That’s stupid…that can’t be right, but it says here she died of a sadness. Anyway, that’s Vader’s plan. At least the rest of this story is better than the inciting event from the prequels. Moving on.

When this game was released on the Oculus Rift it was listed in the “Experience” section, and that’s somewhat appropriate. The great news is that the game does a fantastic job of bringing you into the action, albeit periodically. You’ll move through the “experience”, and then take control of the action at key moments. This ensures that literally nobody should suffer from motion sickness, while still giving them access to being an absolutely awesome laser sword-wielding badass. It’s pure power fantasy.

I also have this game on Oculus Quest 2, and it’s one of my favorites for introducing new players to VR. I expected the PSVR version to be rough, but surprisingly… it’s great. Yes, the screen door effect of the PlayStation VR HMD is very noticeable during darker scenes, but the framerate is smooth and stable, and there are very little graphical differences between the two. Everything looks great up close, and the PSVR’s lower power doesn’t detract from the experience.

All in, you can work your way through the campaign of all three of these episodes in roughly 4 hours. You aren’t quite done yet, however. One of the best features of this package is the Lightsaber Dojo that lets you tackle the fighting portion of the game to further hone your skills. Additionally, you can unlock new lightsabers for maximum “rule of cool” effect.

Included in this physical release is a pair of physical postcards, a digital artbook, a 2 minute ZO-E3 behind the scenes “making of” video, and an augmented reality goodie that’s part of the official PERP Games Elite App. The postcards are very, very thin, so I can’t imagine them surviving the mail, but they are a nice collectable if you are a fan. The bonus content has you headed to a website where you can put in a password which gives you a zip of webpage links. It’s an odd set of hoops to jump through, but it works I suppose.

The augmented reality portion of the app has you pointing your phone camera at the box of the game to get a special message from Darth Vader himself. It does some pretty cool animations that, frankly, I’m surprised to see here. Flipping over the box gives you an augmented reality version of the trailer for the game. It’s a neat addition that I suspect many people won’t even see. I’ve included it here for your enjoyment.

The Star Wars series is just finally finding its legs in VR, and this one shines brightly among the likes of Star Wars Squadrons or the fan mod of X-Wing. The production values are commensurate with what you’d expect from the likes of ILMxLAB, and each scene is full to bursting with tiny details. In the opening sequence you could rush right to the controls and blow past all of the little interactive elements in the cargo space: mysterious space junk, a robotic arm, and even a plant that wants to poison and kill you! The game rewards you for wandering around, making the whole world feel lived in instead of just set dressing. Later levels put a blaster in your hands, and even let you dabble in the Force. Let’s hope that this concept is one that we see explored again in virtual reality in the future. Star Wars: Jedi Knight Academy VR anyone?

While it is a short experience, Vader Immortal: A Star Wars VR Series offers up the most immersive virtual Jedi experience you can find. Authentic in every way, meeting Darth Vader face to face, and squaring off in the Lightsaber Dojo makes it worth every penny.

Ron Burke is the Editor in Chief for Gaming Trend. Currently living in Fort Worth, Texas, Ron is an old-school gamer who enjoys CRPGs, action/adventure, platformers, music games, and has recently gotten into tabletop gaming. Ron is also a fourth degree black belt, with a Master's rank in Matsumura Seito Shōrin-ryū, Moo Duk Kwan Tang Soo Do, Universal Tang Soo Do Alliance, and International Tang Soo Do Federation. He also holds ranks in several other styles in his search to be a well-rounded fighter. Ron has been married to Gaming Trend Editor, Laura Burke, for 21 years. They have three dogs - Pazuzu (Irish Terrier), Atë, and Calliope (both Australian Kelpie/Pit Bull mixes).
Related Articles: Vader Immortal
Share
Tweet
Share
Submit