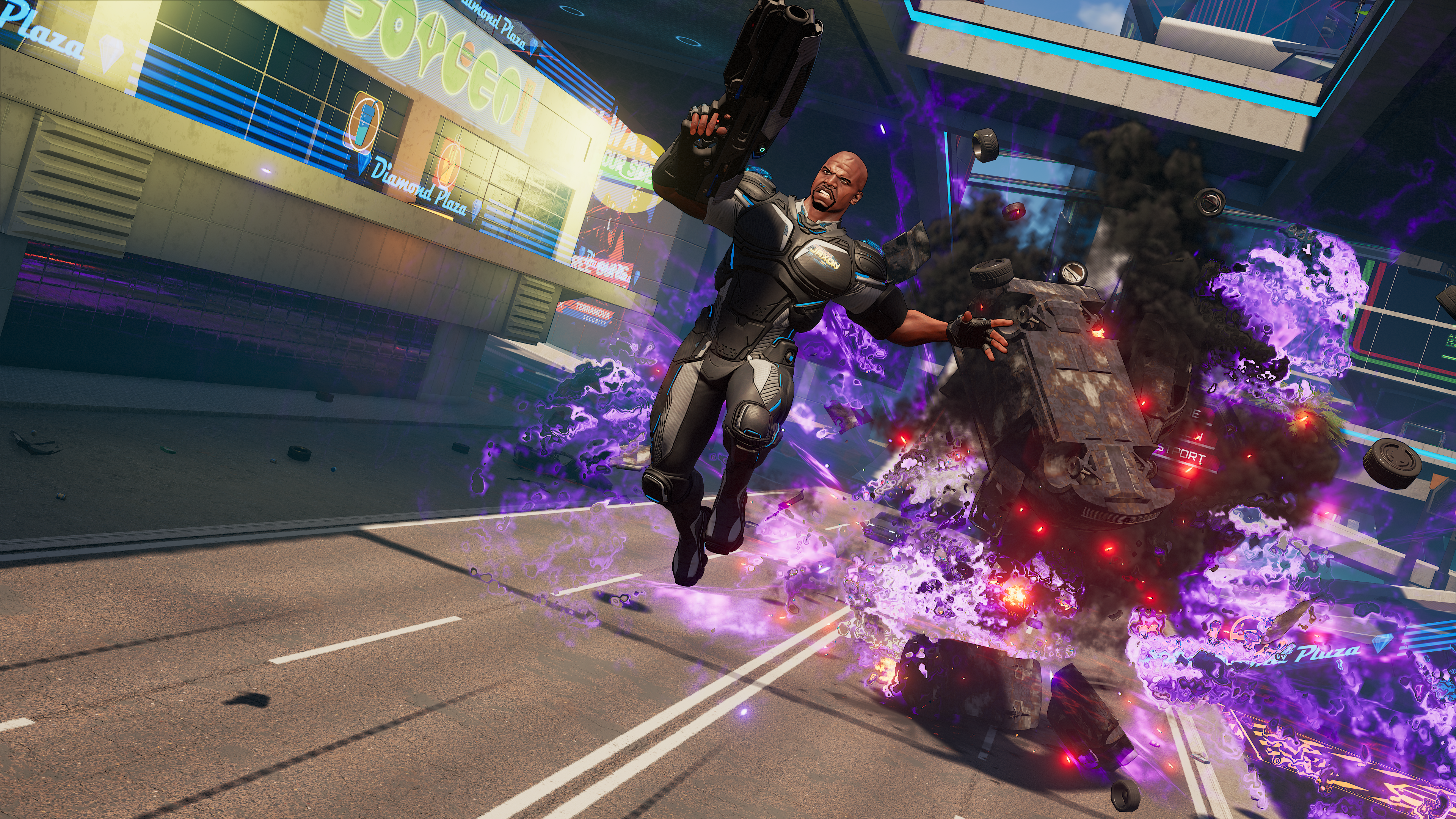 The Crackdown franchise has a special history for the Xbox community. When the original Crackdown was released in 2007, it mostly served as a trojan horse for the much-anticipated Halo 3 multiplayer beta. Even if most Xbox fans wouldn’t have ordinarily bought it, everyone I knew ended up doing so, because…c’mon, it’s Halo. The crazy part? Crackdown actually ended up being an awesome game in its own right. Suddenly, all of my friends found themselves scaling skyscrapers, tossing cars at bad guys, and bringing down the criminal empires of Pacific City. And so, almost overnight, the Crackdown franchise became a part of the Xbox culture.

Now, more than a decade later, the long-dormant franchise is poised to make a comeback with Crackdown 3. By now, you’ve probably seen various trailers and announcements at E3 and other gaming conventions, and read about multiple delays and a seemingly troubled development cycle. With so many Xbox exclusives getting cancelled in recent years, many people were understandably worried that the game would never see the light of day. Well, have no fear, because Crackdown 3 is here and it’s bigger, crazier, and more explosion-filled than it’s ever been.

In a lot of ways, Crackdown 3 feels like a remake of the original — and that’s a good thing. It modernizes the original addictive gameplay loop of exploring a massive city with tons of verticality, collecting orbs, leveling up, and taking out the bad guys’ organization one piece at a time until the whole thing comes crumbling down. In the beginning, you feel slow, weak, and outnumbered by the enemies pit against you, but in no time at all you begin to unlock the full potential of your cybernetic body and turn the tables against your foes. Everything you do in Crackdown 3 helps to level up one of your five core abilities: Agility, Firearms, Strength, Explosives, and Driving. Leveling these abilities up becomes necessary to powering up your character and completing your mission. For example, leveling up agility makes your agent faster, able to jump higher, and gives you more maneuvering options (like midair dashes), while increasing your driving skills gives you the ability to drive on the sides of walls and summon a tank. Leveling up an ability isn’t just a small change that adds some extra zeroes to your damage output, but a massive, game-altering achievement that makes you feel exponentially more badass. By the end of the game, I found myself firing miniaturized black holes at the enemy, ground pounding dozens of enemies to death with a single punch, and leaping over large buildings in a single bound.

The game does a great job at making every skill, even the ones you think you’ll never use at the outset, incredibly valuable at later levels. When I first started playing, I found the Strength skill to be useless. Why spend time closing in on a guy to punch him, when I’ve got automatic weapons to shoot them with? Looking back on it now makes me feel like a naive child, who couldn’t comprehend the glorious future that awaited him. By the end of the game I used guns almost exclusively for shooting drones and gunships — everything else was subjected to the wrath of my mighty fist, which could hone in on targets from across a room, and tear through any armor as if it were paper. Being able to pick up enemy tanks and hurl them across the city has never felt so good. And so, the object of my affection became leveling up as many skills as much as I could and becoming the ultimate badass, which made putting down the controller increasingly difficult.

The story in Crackdown 3 is as cookie cutter as they come. There’s a city that’s run by an evil corporation with some bad dudes in charge, and you gotta go kill them before they destroy the world. The city is called New Providence, and the corporation running things is called Terranova, with the very evil Elizabeth Niemand serving as it’s founder and CEO. You play a cybernetic cop who works for “The Agency.” Also, Terry Crews is here and he’s flexing his pecs menacingly. Blah, blah, blah. Now let’s kill a bunch of robots and dab on their corpses. The narrative isn’t very original and only barely even tries to take itself seriously, and that’s okay. Crackdown 3 is Earth Defense Force or Sharknado or literally any porn movie — the story and setting are only there to serve as a backdrop for the real reason you’re here. It isn’t a game that takes itself seriously, and that’s refreshing to see in an age where games are adopting increasingly somber tones.

In terms of technical performance, Crackdown 3 is by no means groundbreaking, at least in the campaign mode. The game doesn’t look actively bad, but it isn’t particularly dazzling either. Textures are mostly simple, and character models aren’t very detailed. Looking at New Providence from atop a skyscraper is a sight to behold, but once you get up close, it’s less impressive. As luck would have it, you’ll almost never do the latter, so it’s not so much of an issue, but certainly worth noting. On the Xbox One X, the relatively lackluster presentation is offset by a rock solid frame rate and no loading times beyond the first time you load up the game. On lesser Xbox machines, the frame rate suffers as the game presumably tries to manage the entire city being one giant map, which hurts the already subpar technical achievement.

Crackdown 3 also features a PvP multiplayer mode called “Wrecking Zone” where players fight one another in a completely destructible city. Remember all that “power of the cloud” stuff that Microsoft couldn’t stop talking about for a while? Yeah, this is that. In this mode, physics computation is offloaded to Microsoft’s servers, which help process the massive, beautiful destruction. The good news here is that I’m totally sold on the power of the cloud — it’s clear that there is technology here that could be a gamechanger in the right hands. The bad news is that Crackdown 3 isn’t that game, at least with the early version I played. In Wrecking Zone, you’ll jump and glide around shooting enemies and blasting through buildings in the process. It’s an entertaining gimmick to occupy a city where literally everything came be reduced to a smoldering pile of rubble, but it largely feels like a tech demo, much in the same way that early VR games felt like a showcase of the potential behind the technology. It’s quite possible that this game mode will evolve into something truly worthy of the tech behind it, but my experience with it felt like a pale shadow of what the campaign offered, with a unique twist that couldn’t quite reach the lofty heights it aimed for.

Crackdown 3 makes no sense on paper. Its story is nonsense, you spend way too much time searching for hidden orbs and leveling up, and the presentation isn’t anything spectacular. And yet, the over-the-top madness and hilarious, memorable moments it brought me made it impossible to put down. While the PvP multiplayer mode falls short of what it’s trying to achieve, there’s a lot to love about Crackdown’s long overdue return.

You know that jerk online that relentlessly trash talks you after every kill? That guy was probably Travis "Tie Guy" Northup. Competitive, snarky, and constantly wearing a tie, Travis has been writing his opinions about electronic media since he was a teenager, and is pretty much the only person to hold his opinions in high regard.
Related Articles: Crackdown 3
Share
Tweet
Share
Submit