Video games allow gamers to enter fantastical worlds, whether they be dark and dreary distopias, cute and cheerful landscapes, or any of the other plethora of designs. One charming design is voxel, a colorful cube-like art style that is reminiscent of games like Minecraft. Riverbond uses this style and combines it with Diablo-like combat to create an entertaining experience made for all ages.

Riverbond’s gameplay is a top-down adventure akin to games like Diablo and Gauntlet, although it doesn’t feature any aspects like levels, side quests, and so on. Combat boils down to using melee weapons, ranged weapons, a special attack, throwing environmental objects, jumping, and dodging. Learning to fight is extremely simple, so anyone can pick it up and play. 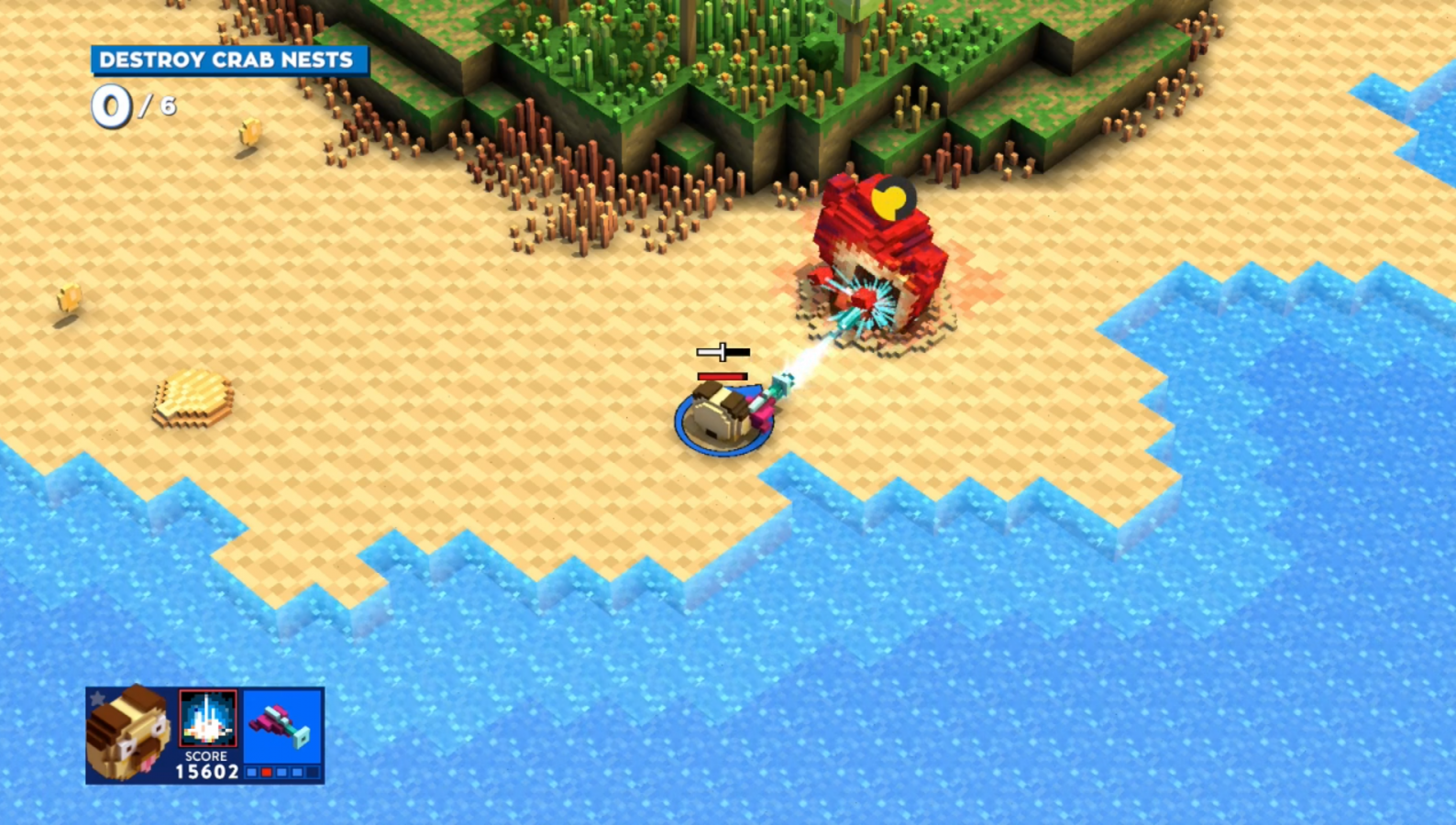 The game consists of eight worlds, each containing several levels and a final boss. Every level has an objective that you need to complete in order for the exit to unlock. For example, you may have to defeat every enemy, collect a bunch of seeds, or save multiple civilians from cages. You can freely roam the level to fight and even talk to NPCs. Doing both of these actions rewards you with points to increase your score; the score is only for those who care about earning a high score, so it’s not a big deal.

When starting a level, you get to choose a skin to wear during it. The skins are purely cosmetic, so pick what appeals to you. You only have a few options at first, but you can find more in chests that are scattered throughout the levels. Some of these are random like a banana, a beaver, or a boombox, while others are well-known characters such as Shovel Knight or Raz from Psychonauts. 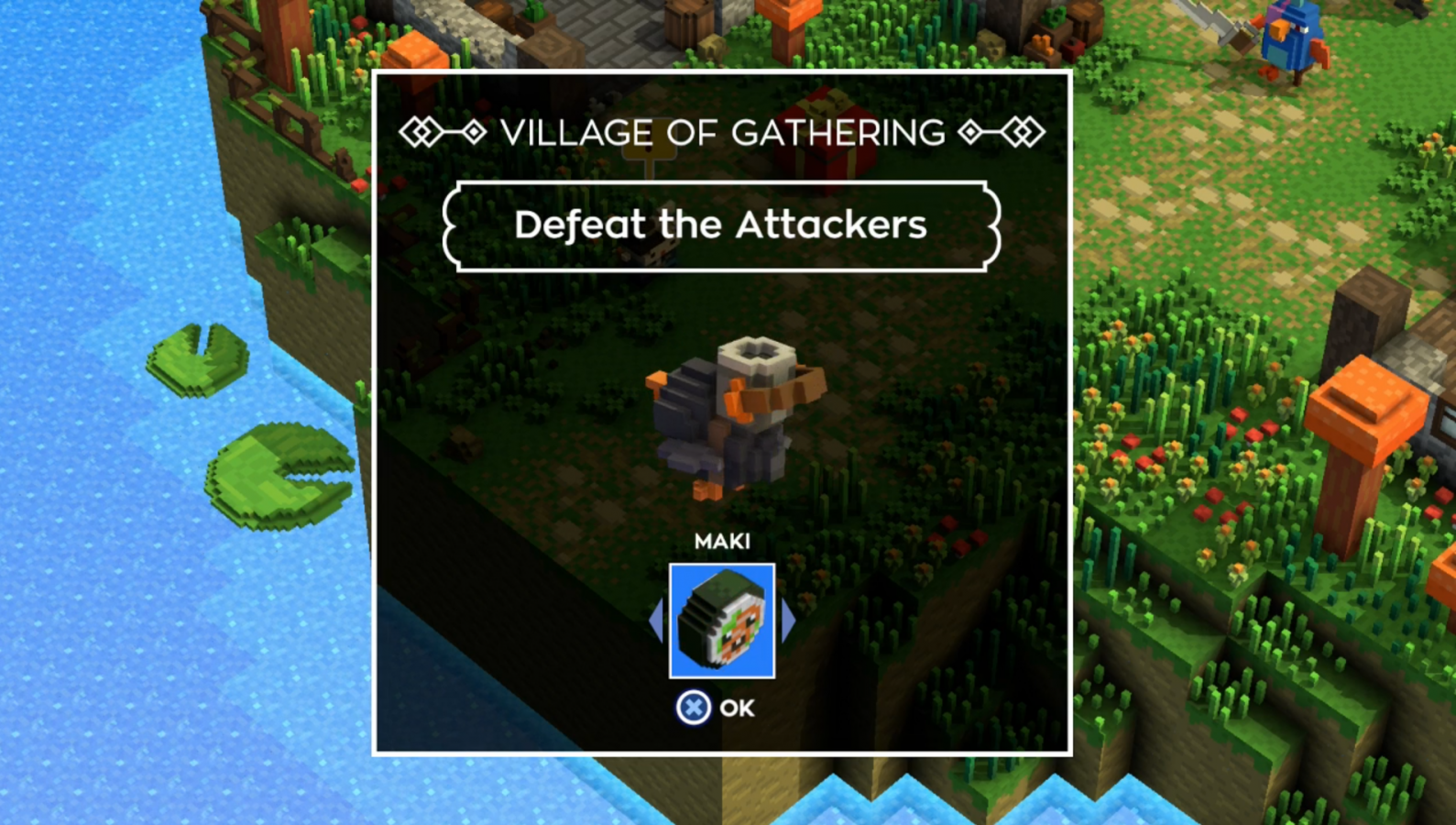 In addition, you start every world with a standard sword and blaster. You get five weapon slots that you can fill, allowing you to swap between weapons with ease. You can find weapons such as rainbow guns, bear claws, a fish, an umbrella, and much more. Different weapons function differently, so what you end up using will be personal preference. For example, weapons like the umbrella will stab like a spear, while bear claws will swipe like a rabid animal. The two types I just mentioned have been my favorites to use, not counting the ranged weapons of course. The only bummer is that the weapons you collect only stay with you during the world you’re currently in, so no carrying over a loadout to a new world.

The story itself is alright, but doesn’t really serve much of a purpose honestly. You get an idea of what’s going on from talking to people, but there’s no real introduction to it. Various creatures have begun causing problems in eight different lands and nothing is stopping them. The Eldra spirits are typically the protectors, yet they are nowhere to be found. You hear rumors that they’ve disappeared or been taken, so you venture onward in hopes of solving this crisis. Along with this, after defeating the last boss and freeing them, there’s no resolution. The game just takes you back to the main menu where you can play any of the worlds again. It’s so abrupt and lackluster that it doesn’t feel satisfying. Sure, the last fight was the toughest one you’ve faced and you know you succeeded, but Riverbond doesn’t do anything to praise you for your efforts. Even a short little scene or something would’ve been nice. 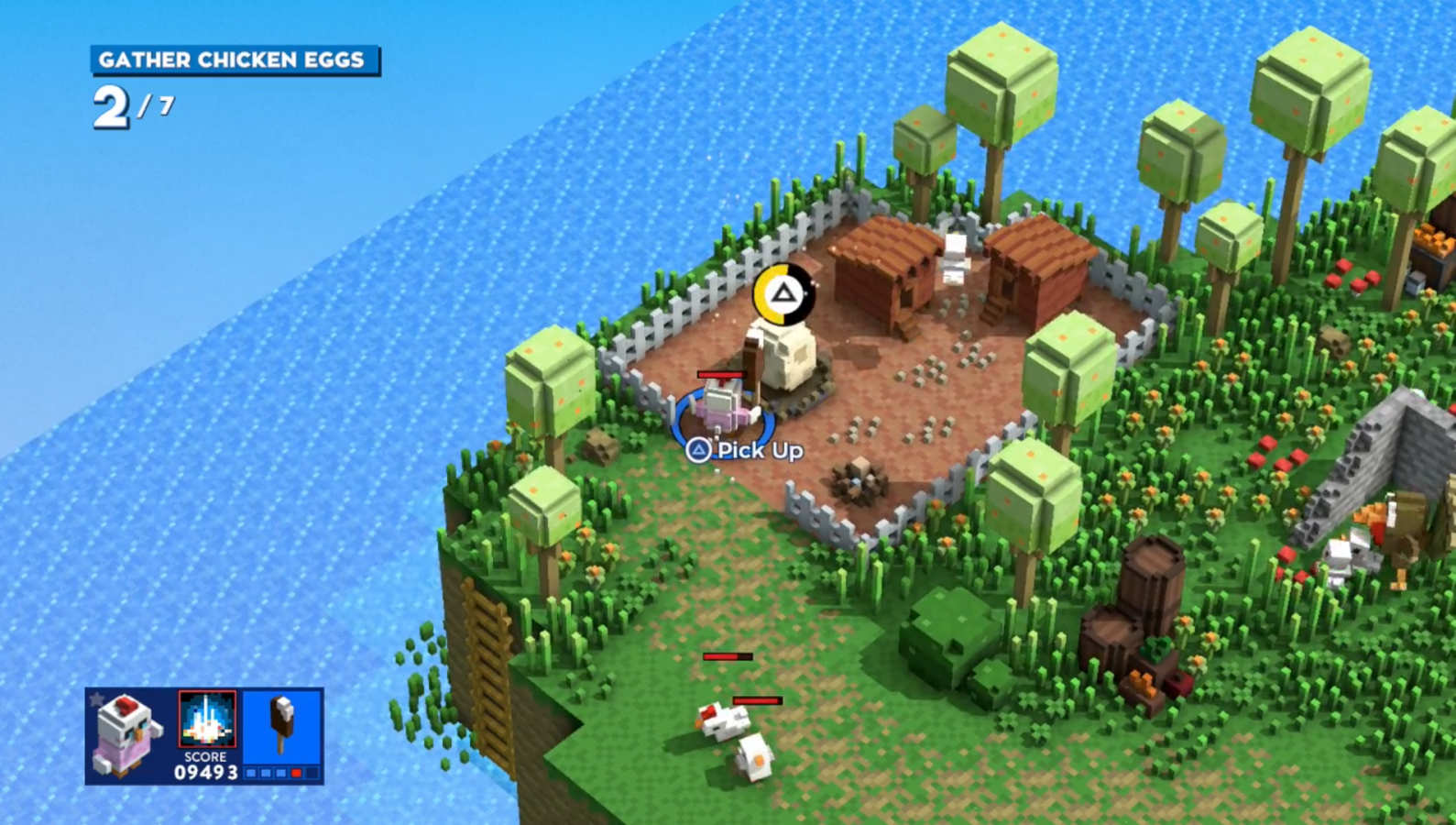 As for difficulty, the game isn’t all that hard. The only times I really died were from falling off the edge or from rushing at a group of enemies carelessly. The good thing is that there aren’t any lives or penalties from dying, so that’s a plus. That doesn’t mean you should go being reckless since you respawn at the beginning of the level or if you’re lucky, a checkpoint you find and activate.

As for the graphics and soundtrack, they’re very relaxing and nice to look at. The game is in the voxel cube style and it’s kind of cute. It made walking around the levels a joy. The visuals aren’t anything fantastic, but they’re still good. Simple combat, cute aesthetics, and some interesting skins to wear mesh together well with the soundtrack. As a whole, I’d say Riverbond is a pretty nice game that’ll take a small handful of hours to complete, although I wish it lasted longer.

Riverbond is a nice voxel style game with Diablo-like combat. The game only takes a handful of hours or so to complete, but it's a good time. The lack of a story and the abrupt ending removes most of the satisfaction from completing the game.

Codi loves to play video games and watch movies. He will watch almost any kind of movie just to experience them. His ideas take inspiration from the shows and movies he watches, and games he plays. He also loves a good pun.
Related Articles: Riverbond
Share
Tweet
Share
Submit