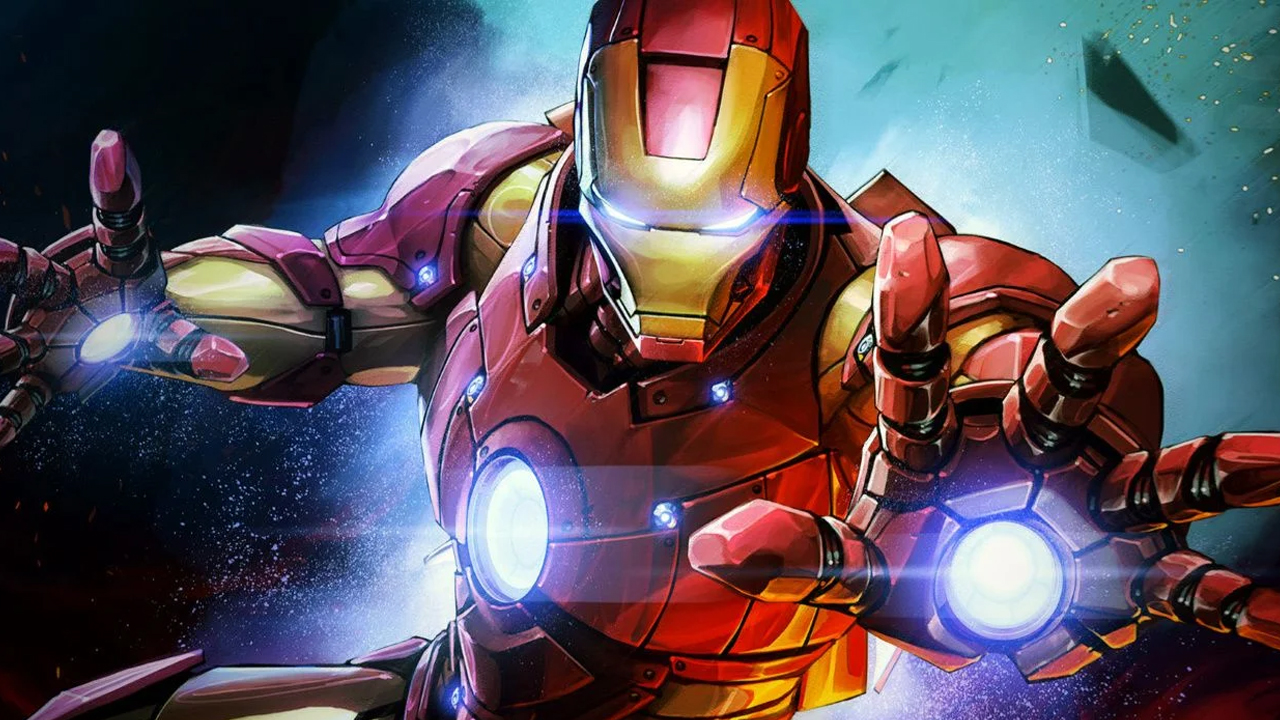 There are few Marvel characters as beloved as Iron Man. He has the best toys, more money than sense, and a larger-than-life persona that serves to fill the room as much as it hides the deeply-flawed individual underneath. Tony Stark thrives on chaos, reacting to each new threat with a fresh armor improvement for every occasion. Now we get the chance to step into his repulsor-powered boots thanks to Marvel’s Iron Man VR, exclusively for the PlayStation VR. Suit up, it’s time to become everyone’s favorite genius, billionaire, playboy, philanthropist Avenger.

Developer Camouflaj wanted to give players a completely new experience, so they worked with Sony and Marvel to create a completely unique storyline for Iron Man VR. Thankfully, they’ve taken the “everyone knows the origin story” approach, skipping that portion of Tony’s life entirely and putting us right into a completely new adventure. The game takes place outside of any MCU storylines, so don’t expect Thor or Captain America to show up to save your skin, though you will see a few familiar faces.

Without ruining the story beats, the game opens with Tony having recently retired from making weapons, instead focusing on his role as the world’s peacekeeper, as well as an emphasis on things like clean energy. Unfortunately, even if you put your past in a box and forget about it, not everyone will share that optimism. When Tony’s previous life comes back to haunt him in the form of a mysterious hacker named “Ghost,” he’s forced to relive some difficult choices, and then deal with the consequences. It’s a somewhat straightforward storyline to be sure, but it has enough twists and turns to keep you invested.

The limitation of the PSVR platform is that the single camera often makes for a lot of seated experiences. Similarly, interactions while facing away from the camera are very limited. Clearly Camouflaj didn’t get the memo on those limitations as they’ve designed as close to a 360 degree experience as I’ve seen on this platform. Using the gyroscopes within the Move controllers, the team allows for tracking behind you, allowing for a more seamless Iron Man experience that is in no way on rails.

You can check out a demo on the PlayStation Store, but the combat is a lot more nuanced than what you’ll see there. Once you get the hang of flight you’ll be zipping around just like the man himself. I’m blown away by just how excellent a job Camouflaj has done with the repulsor mechanics. As you’ll see below, flight is controlled with the two repulsors, one on each hand. Wherever you face your repulsors pushes you in the opposite direction. Pointing them palms to the rear jets you forward, pointing them upwards pushes your suit downwards, and pointing them face down zips you skyward. With a little practice you’ll be able to make small adjustments, flying in, around, through, over, and under all sorts of structures with only the slightest of movement adjustments. Normally I see this sort of fidelity reserved for far more expensive HMDs and controllers, with light towers base stations that cost as much for a pair as the entire PSVR setup. I don’t normally focus on the hardware as much in a game review on consoles, but I am truly impressed with the way Camouflaj has worked to overcome the single-camera limitations of the platform. It is impressive.

Tony’s Iron Man suit weapons are focused around his repulsor blasts, but that is hardly the only toy in his toybox. Palms forward (like you saw in the movies) lets you fire blasts from your repulsors, but pointing your wrist forward causes a variety of weapons to pop up from the suit’s wrists. Rockets, cluster bombs, anti-armor missiles, and other weapons can be independently loaded into the left and right wrist gauntlets, or you can just power up and give your foes a good old fashioned rocket-powered punch. Similarly, you can drop the hammer on your enemies with an “artillery drop” style attack that causes Tony to hurtle down into a three-point hero stance punch right on top of them. The Camouflaj team are also fans of the comics, letting you charge up and use the massively overpowered (but long to charge) Unibeam from Tony’s chest. I felt a little like Tony in the first movie, fumbling with my weapons and flight for a mission or two, but by the incredible fifth mission (I don’t want to spoil it, but seriously — wow) I felt like Avengers-era Iron Man. Flying sideways with one repulsor while firing rockets with the other, hitting the boost on both to hurtle away from danger, and then flipping around to blast a drone chasing you — if VR is about escapist hero moments, Iron Man not only makes you feel like Iron Man…you are Iron Man.

The mission structure is paced cinematically, meaning you’ll leap into the sky and deal with some massive threat in huge set pieces, and then it’ll bring you back to Earth to deal with the real human consequences of your decisions. Tony, for all of his armor, is an incredibly insecure, impulsive, and frequently reckless superhero. His relationship with Pepper Potts and even his various AI-driven proxies are problematic — put simply, Tony is never comfortable in his own skin. Surprisingly, the game deals with some of this interpersonal drama while also letting you run around your garage to play with various interactive elements and easter eggs before leaping forward to tackle the next threat. There are even a few tables where you can pick up digital objects and manipulate them in 3D space, just like the movies. Mechanically, it’s also an opportunity to let the player “rest” and ease any motion sickness they might be experiencing, though we’ll tackle that in a little bit.

Your missions are doled out courtesy of a special “threat-detection” globe and your AI, Friday. The globe gives a bit of choice, allowing you to revisit previous missions for training your new weapons, flight flight training, VR missions, replays of areas you’ve visited to try them again, combat sequences, and more. It breaks up the linear nature of VR games nicely, and it provides some choice for players without making the 8-10 hours of runtime feel artificially inflated.

Once you reach Tony’s garage you’ll be able to make improvements to the Iron Man suit using research points you’ll earn with higher mission scores. These research points let you put new equipment into six upgrade slots. The aforementioned smart missiles, smart bombs, and anti-armor missiles are joined by nano repair systems, better chest pieces and repulsors, and many more, allowing you to change your playstyle and weapon loadout to match the mission. To make it easy to switch between these loadouts, you’ll have two suits (or profiles) at the ready. Beyond the weapon loadouts, there are also multiple suit color schemes, including Iron Patriot and a cool “molten” one you’ll pick up for checking out the demo. Four are unlocked, but unlocking the others requires that you complete objectives like destroying a certain amount of drones with secondary weapons, punching one drone into another, or blasting a certain amount with your Unibeam, just to name a few.

With a game this frenetic and visceral, where you can easily be sliding one direction while looking in another, it’d be easy to imagine a world where nausea would be a problem. I’m a good canary in this coal mine as I frequently struggle with all but the most optimized of games. The game supports a variety of optional anti-nausea compensation including turn types and speeds, vignette levels, etc., but I turned them all off to baseline the experience for myself. In the end, I used a blend of snap-turn and smooth motion as both can coexist in this title. It may be tough to watch on the video, but it’s not as jarring in the headset, I assure you. No matter how fast I moved (and boy can you move!), how quickly I banked, or how many times I pulled a 180 degree turn while firing my weapons all around me, I never felt any nausea. Playing for hours on end, I didn’t have a single problem. Again, there is a demo to try it out for yourself, but it’s fantastic to see a VR game this hectic somehow still deliver a nausea-free experience.

I really only have two complaints, and one will be resolved by the SSD in the PlayStation 5 — Sony already confirmed it is compatible. Load times between missions are fairly lengthy — I didn’t shorten any sequences in the videos above, so you can see for yourself. It’s not painful, but it can be exacerbated by the second complaint — the screen door effect. Normally there is an object of some kind on the screen to draw your eyes to focus in the distance. Unfortunately, there are quite a few moments where no image is on screen, causing your eyes to focus on the screen of the PSVR, which resembles a screen door at a very, very short distance. This can cause a headache when you look at it for an extended period. Even my wife and her iron VR callus had to close her eyes during those “screen door” moments so her eyes wouldn’t automatically lock in on the screen door. This is something Camouflaj could fix by simply patching in something else to look at. A still image, a spinning 3D Iron Man suit, or the little interactive bubbles that come up during other load sequences would serve just fine.

With a fresh story, AAA quality and length to match, excellent tech, and fantastic gameplay, Marvel’s Iron Man VR is the reason to own the PSVR. If you own Sony’s HMD, this game is a must-have for your library.

Ron Burke is the Editor in Chief for Gaming Trend. Currently living in Fort Worth, Texas, Ron is an old-school gamer who enjoys CRPGs, action/adventure, platformers, music games, and has recently gotten into tabletop gaming. Ron is also a fourth degree black belt, with a Master's rank in Matsumura Seito Shōrin-ryū, Moo Duk Kwan Tang Soo Do, Universal Tang Soo Do Alliance, and International Tang Soo Do Federation. He also holds ranks in several other styles in his search to be a well-rounded fighter. Ron has been married to Gaming Trend Editor, Laura Burke, for 21 years. They have three dogs - Pazuzu (Irish Terrier), Atë, and Calliope (both Australian Kelpie/Pit Bull mixes).
Related Articles: Marvel's Iron Man VR, VR
Share
Tweet
Share
Submit