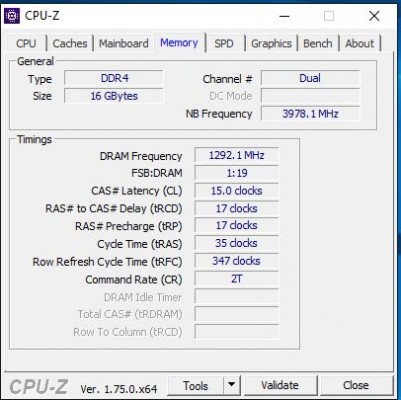 If you are like most people, you understand the first few words of a product description like “Kingston Technology HyperX FURY 2666MHz DDR4 Non-ECC CL15 DIMM 16 DDR4 2400 MT/s (PC4-19200) HX426C15FBK2/16”, but everything that follows is an alphabet soup of nonsense. I’m here to demystify this for you in semi-layman terms, and to take a quick look at how well the HyperX memory line performs.

Obviously Kingston is the manufacturer, and HyperX is their gaming subdivision. FURY is the model of memory (they have value-priced stuff and other classifications — this is for gamers). 2666MHz is the speed at which the memory operates, and DDR4 is the type of socket it can connect to. The MSI Z170 Gaming M7 is capable of handling memory overclocked to 3200MHz, so I was interested to see if these modules could hit that number. ECC stands for Error Correction Code.

ECC memory is primarily found in servers and is capable of correcting a single-parity error at the cost of some performance. Desktop memory is hardly ever found with ECC support, and frankly there is little need. CL 15 means that it has a CAS Latency of 15, and generally lower is better. CAS, or Column Address Strobe, is the number of clock cycles that pass from the time an instruction is given, and when data becomes available. Calculating what this means is a fairly complex bit of math that is still very much open to interpretation, but know that even though CAS Latencies values have continued to rise, the technology improvements have resulted in shorter latencies. In the end, the first DDR memory modules (CL 2.5) had a 15 nanosecond delay between “ask and answer”, and DDR manages to pull that down to 13.5 nanoseconds. It’s obviously marginal, and finding a memory module with a lower CL rating probably won’t result in a faster outcome.

The “16 DDR4 2400 MT/s” portion of the product name tells you that it’s a 16GB total memory package (though you need to pay attention to how that is accomplished as it could be two 8GB modules, or four 4GB modules — this could matter if you don’t want to fill all of your memory sockets for future expansion). The DDR4 part just reminds us, again, that it’s DDR4 socket type, but the 2400 MT/s portion gives you a window into the speed capabilities of the memory. Here’s an easy chart that could come in handy:

This rating is partnered up with AMD’s HyperTransport technology. In my case, I’m rolling with an Intel chipset, so this rating is irrelevant to me. If you want to read more on this technology for a possible AMD build, you can read up on it at the official tech site.

In the case of Intel chipsets, the (PC4-19200) section is important. It means that the memory channel is capable of pushing a peak of 19200 MB/s. There are memory modules that ship out at PC4-26400 (3300MHz), but they come at a seriously steep premium. I was interested to see how far I could push the envelope on the more reasonably priced HyperX FURY. Before we get to the benchmarking, the final piece of that very long product name is “HX426C15FBK2/16,” representing the part number that the manufacturer provides for this line. Congratulations, you can now read tech-spec!

One of the claims made on the HyperX FURY DDR4 module is that it’ll “Auto overclock up to 2666MHz,” which is a fancy way of saying that it’ll scale up to your motherboard’s capabilities. On the MSI Z170 Gaming M7 board it snapped right up to that 2666MHz speed instantly, leaving it in position to give it a full test.

I don’t review memory frequently, so I don’t have a databank of benchmarks for comparison, but I do have several PCs in my home, giving me a few points of data. My Origin PC Laptop uses DDR3 at 1600Mhz, and my second PC is running GSkill Ripjaw memory at 3000Mhz. Below you’ll find a quick and dirty chart that showcases that I saw for read and write values across those three modern systems, and in a stock and overclocked state. My weapons of choice for benchmarking are AIDA64 and Passmark, but I’m not a fan of their graphs, so I’ve cobbled the resultant data into a better comparison graph.

I was surprised to see that the Ripjaws, despite a near 25% higher price point, were outscored in nearly every test by the HyperX FURY modules. It is worth noting, however, that the margins were slim. As is often the case, more expensive doesn’t always mean better or faster.

One of the things I liked about HyperX over its contemporaries is the heat spreader. The lower-profile spreader doesn’t look like it could double as a hair comb, dissipating heat without any additional height that might interfere with wire routing or cooling.

Best of all, every HyperX module carries a lifetime warranty. It’s good peace of mind knowing that should the unforseen happen with your memory modules, the company is committed to making it right.

Armed with what you now know from this article, you can pick apart what’s inside convoluted part listings, understand what’s important, and can make better memory choices. Today you learned something!

The HyperX FURY DDR4 modules are reasonably priced and deliver top-tier performance. They overclock nicely and remained stable, even at higher frequencies. It’s hard not to recommend memory that delivers on its promises.

Ron Burke is the Editor in Chief for Gaming Trend. Currently living in Fort Worth, Texas, Ron is an old-school gamer who enjoys CRPGs, action/adventure, platformers, music games, and has recently gotten into tabletop gaming. Ron is also a fourth degree black belt, with a Master's rank in Matsumura Seito Shōrin-ryū, Moo Duk Kwan Tang Soo Do, Universal Tang Soo Do Alliance, and International Tang Soo Do Federation. He also holds ranks in several other styles in his search to be a well-rounded fighter. Ron has been married to Gaming Trend Editor, Laura Burke, for 21 years. They have three dogs - Pazuzu (Irish Terrier), Atë, and Calliope (both Australian Kelpie/Pit Bull mixes).
Related Articles: HyperX FURY DDR4 module
Share
Tweet
Share
Submit