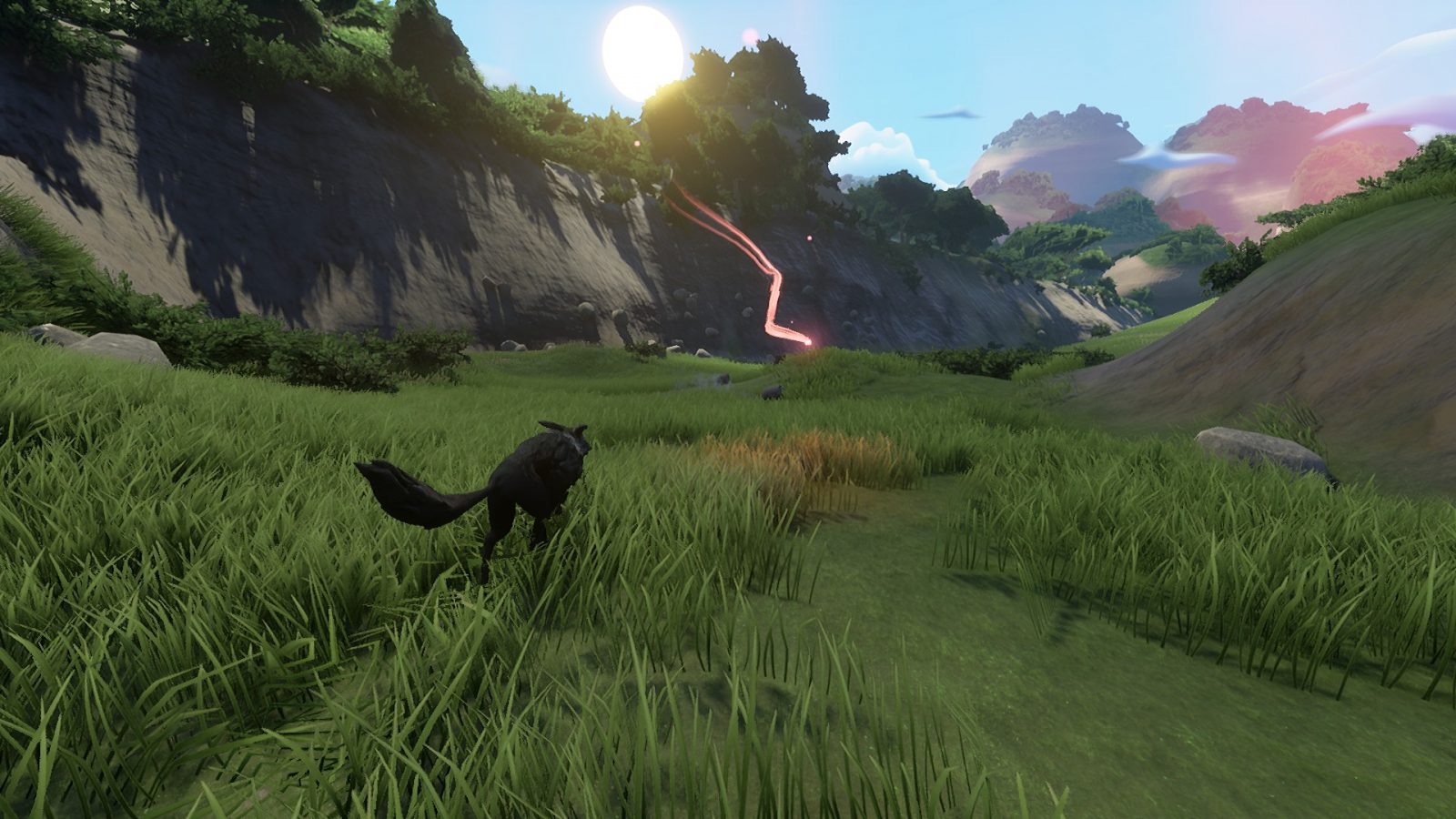 By the time Lost Ember starts, most of the events of its plot are already distant memories. The game tells the story of a great civilization’s fall not as it happens, but through the memories of one of its long-dead citizens. As a restless spirit, you have the ability to possess any animal you see, and you’ll spend the game swapping between the bodies of birds, fish, and all sorts of four-legged critters, always returning to the more permanent vessel of a wolf. Guided by a disembodied spirit, you’ll explore the ruins of a lost city to discover both how it crumbled and the role you played in your previous life.

Right from the start, Lost Ember’s framing provides a clever hook for its gameplay. In the tribe your character used to be a member of, the Yanrana, the virtuous dead go to a place called the City of Light, while outcasts like yourself take the form of roaming beasts. It’s the kind of idea that might show up as a codex entry to flesh out the world of a larger game, but here, it’s not just window dressing. Lost Ember explores what that actually means in detail, putting you in the role of one of these lost souls to live out its strange metaphysical conceit for yourself. While that central idea was enough to pique my attention, it was the body-swapping gameplay that got me hooked. 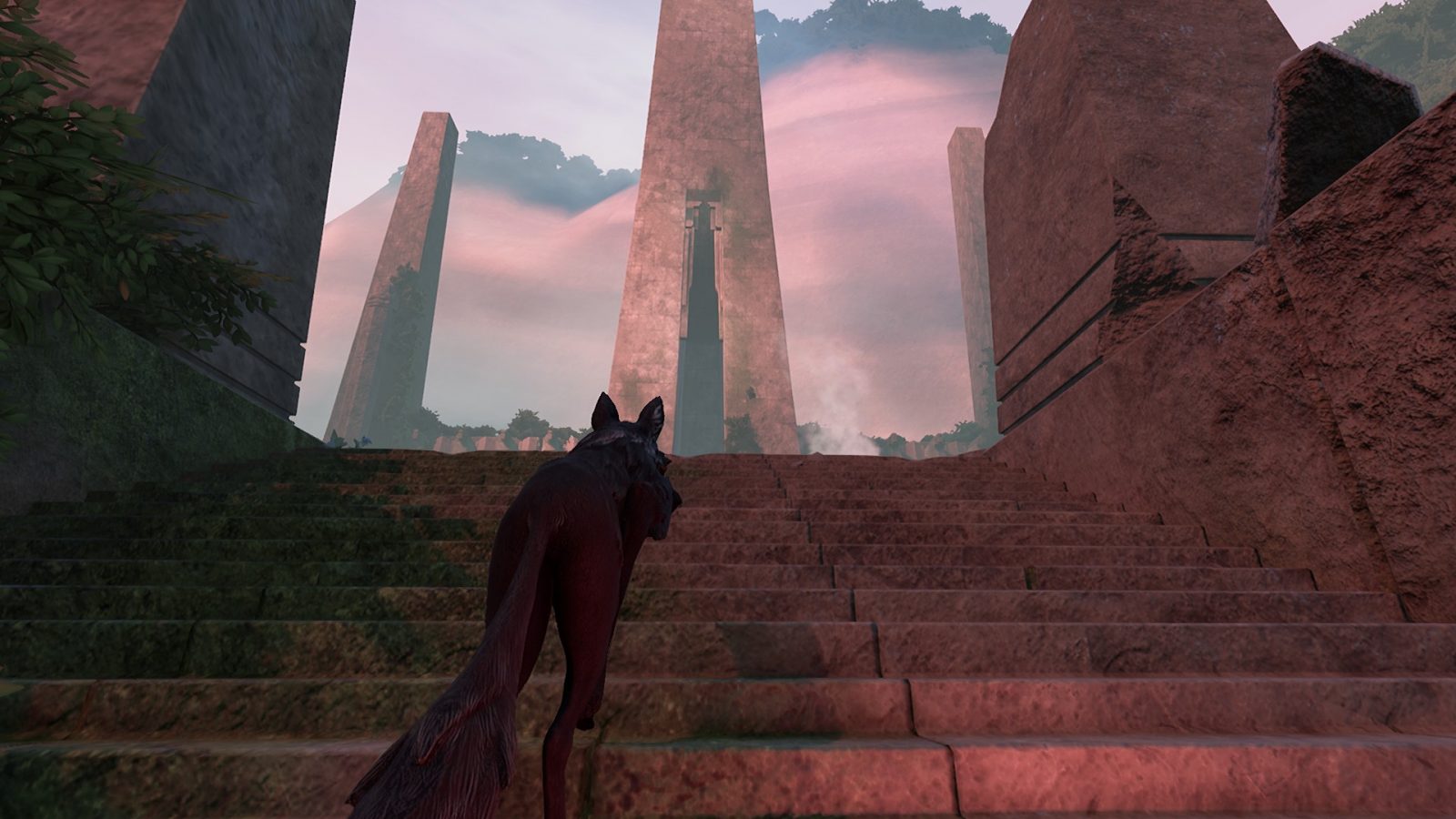 You start Lost Ember playing as a wolf, but it’s not long until you’re Quantum Leaping into wombats, ducks, and fish. You can jump into a new body with a simple button press and you always have the option to switch back to your wolf form as long as you’re on solid ground. What really makes this idea spectacular is how different the animals all feel from one another. They all have their own ways of getting around, whether it’s gliding, dashing through the air, leaping in and out of the water, or tucking into a ball and rolling downhill. The controls can be a little imprecise and often feel floaty, but Lost Ember feels great to play nonetheless, especially during sequences when you’re able to rapidly switch between different animals and completely different methods of traversal. There’s really nothing else that can quite match the feeling of flying through the air as a bird, turning into a wolf to sprint across a plain, then jumping into a river and going over a waterfall as a fish, all without missing a beat.

The structure that ties all of these animal antics together is unfortunately not as tight as the sheer joy of Lost Ember’s movement. To recover your lost memories, you need to follow your spirit companion — a glowing ball of light who’s maybe just a little too much of a chatterbox — to various important sites from your past life, marked by plumes of pinkish smoke that dot the landscape. The game boils down to moving from one memory to the next in a mostly linear path without much in the way of obstacles between them. You might need to turn into a bird to cross a chasm or become a mole to dig under a wall, but it never feels like exploring or puzzle-solving as much as just following breadcrumbs. Lost Ember isn’t a long game, but its pace does get bogged down at times, as some stages seem to spread their story beats a little too thin, with a little too much meandering between them. 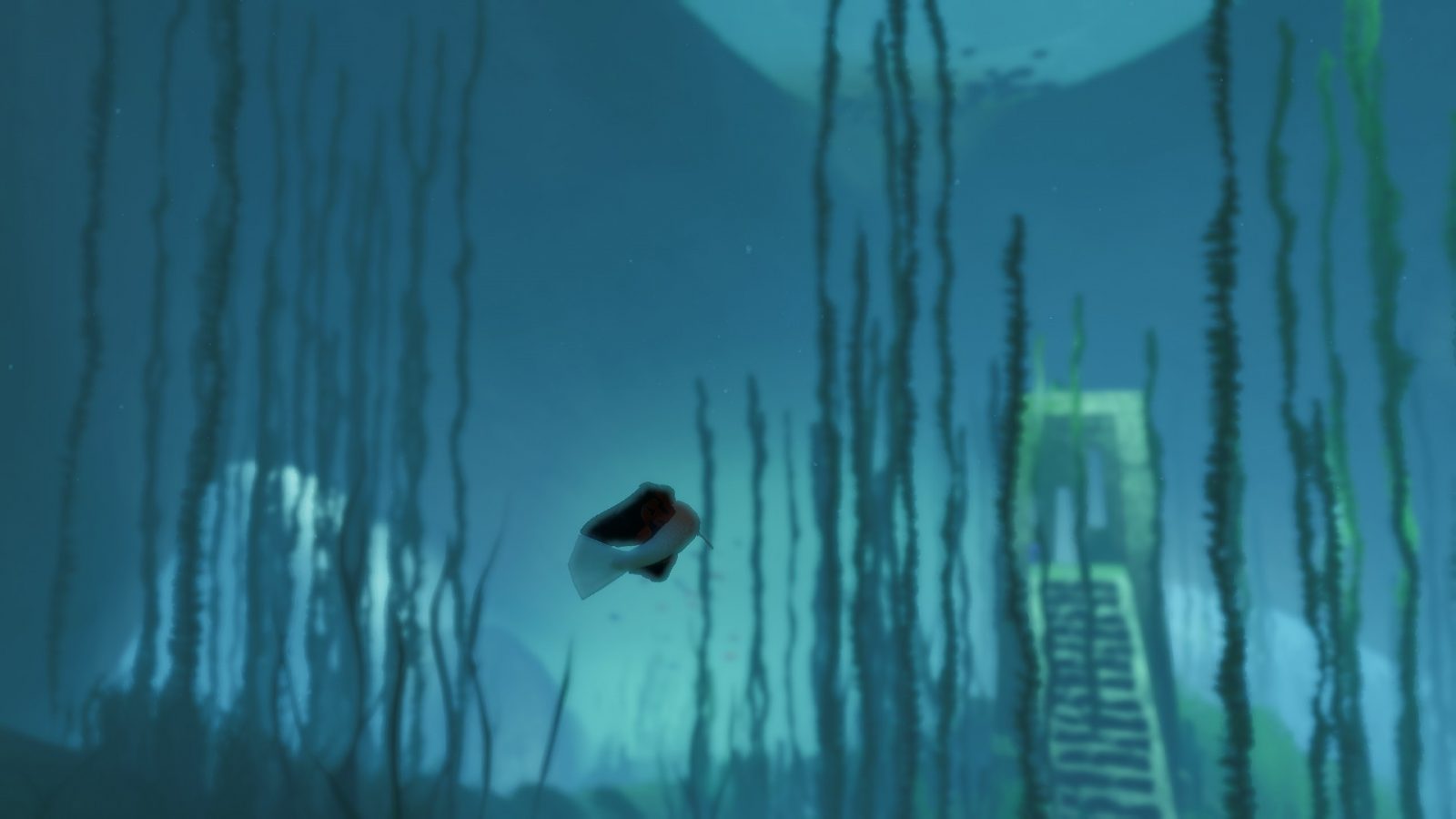 Still, just moving through the world is fun enough that Lost Ember never feels dull, and the history that unfolds as you unlock memories is fascinating. What first seems like a simple story about a possibly misguided woman with a good heart quickly becomes much more complex. Lost Ember manages to weave your character’s personal journey with the political fate of her tribe without letting either element get lost. The story can be a little too predictable and its main points painted with too broad a brush, but uncovering it is still enjoyable. As you get closer to the end of the game, your character’s relationship with their spirit guide also becomes more entangled, expanding on the themes of Lost Ember’s larger historical tale and building to a profoundly touching ending.

The early chapters of Lost Ember take place in sprawling fields and foothills, eventually giving way to crumbling villages, ancient temples, and even more interesting locales. From the wide plains to the tight corridors of the ruined capital and beyond, every step of your journey is filled with breathtaking landscapes painted with explosions of color. On a technical level, Lost Ember is filled with simplistic textures and rough geometry, but it works wonderfully within these limitations rather than letting them sabotage its graphical beauty. Sweeping vistas and poignant story beats are also punctuated with a mostly understated but lovely score.

Lost Ember ties a fun, original gameplay concept to an enjoyable, if a bit unremarkable, story. It will feel too thin for anyone approaching it looking for any amount of challenge, but if you’re willing to just enjoy the journey and let the story wash over you, Lost Ember is a singularly enchanting experience.

A committed indoor kid, Bryan moved from Pittsburgh to Los Angeles for a prettier landscape to ignore. They can be lured outside with promises of taco trucks and film festivals, and enjoy trawling through used book stores for works on the occult. Bryan has been gaming since the SNES era and is a sucker for good pixel art.
Related Articles: Lost Ember
Share
Tweet
Share
Submit