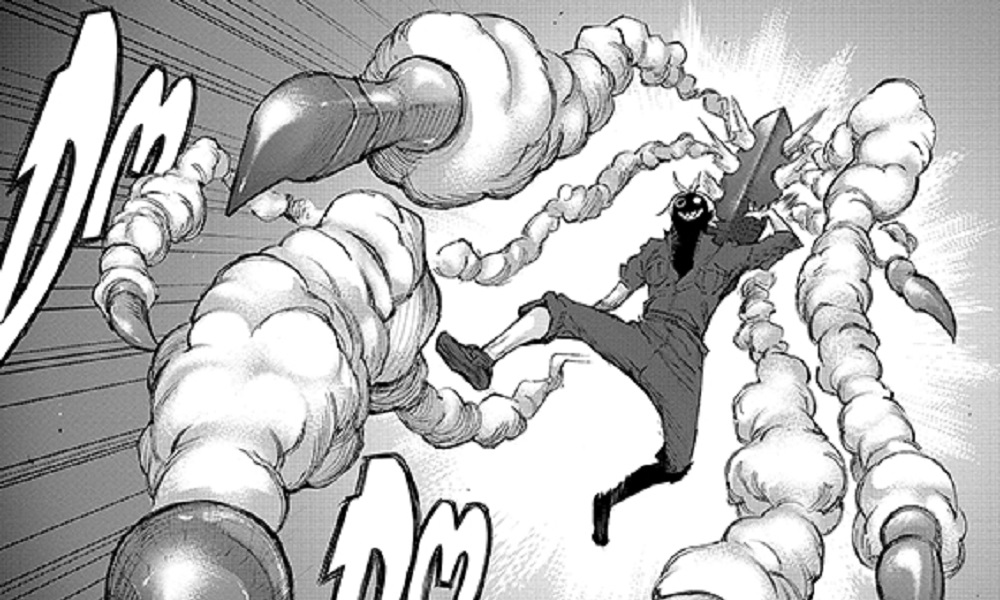 Sequel series in manga are always a tricky thing to tackle: depending on the genre, you’ll want to appeal to readers new and old, and if done incorrectly, you can end up alienating both audiences unintentionally. Such is the problem that Tokyo Ghoul:re wishes to solve; set soon after the events of the original Tokyo Ghoul series, the first volume chronicles a new team of agents in the Commission of Counter Ghoul as it also references old friends and foes alike. While not a starting point for those new to the series, it is a treat for those who have followed the Tokyo Ghoul manga and desire a continuation after the cliffhangers of the previous volume.

Tokyo Ghoul:re follows the adventures of amnesiac but dedicated investigative officer Haise Sasaki from the Commission of Counter Ghoul, otherwise known as CCG. This organization is focused on the extermination of ghouls, superhuman humanoid creatures that feed on the flesh of people in order to live; ordinary food (save for one known exception) is indigestible for them. Sasaki leads a team of ragtag misfits known as the Quinx squad, who are humans who have voluntarily embedded ghoul DNA in order to fight back against the creatures. The team consists of Kuki Urie (a level-headed investigator who doesn’t work well with others), Ginshi Shirazu (an eccentric and reckless guy), Tooru Mitsuki (a frail but hardworking person), and Saiko Yonebashi (who isn’t formally introduced here, but is seen and mentioned a few times). After tracking down a ghoul nicknamed Torso (named after feeding off exclusively female torsos), Sasaki comes face to face with some mysterious figures that may have a clue regarding his past.

Tokyo Ghoul: re wastes no time in prior backstory and assumes you already know the intricacies of ghouls, the Aoigiri Tree, and other events that occurred in the first series. This isn’t too much of a problem (and there is a cursory crash course about ghouls for those who need a little introduction), but unfortunately, volume one doesn’t serve as a jumping on point for those that want to start now. Central characters from the previous series pop up in the first few chapters, and familiar faces will be a treat to those keeping tabs on the series. However, while they do make appearances in the first volume, only a couple of them are actually relevant to the plot right now; I’m just hoping their appearances aren’t too much of a slow burn, because I prefer them to the new characters at this moment. The Quinxes are interesting, but I’m not seeing the chemistry that I did with the original Anteiku crowd from the first series.

In fact, perhaps the most interesting elements are the ones that carry over from the first series; Akira Mado (who was cold and calculating in the first series), is kinder and more playful in :re, and her rapport with Sasaki is interesting and heartwarming. Sasaki himself holds a deep secret regarding his amnesia (no spoilers, though it’s painfully obvious for veteran readers), may be his defining character arc later in this series. The reappearance of Father Donato (a frighteningly menacing supporting character from the first series) was a surprising but welcome addition, and I hope he gets some more screentime in later chapters.

The art style, while consistent from the first Tokyo Ghoul series, is improved; the panels have more visceral action depicted, and takes the blood and gore up a notch. The action can get a bit distracting at times; some battle sequences were a bit jarring and I needed to reread some panels a couple times to get the gist of the scenes, specifically an early chapter with Urie, Shirazu, and someone they believed was the Torso. Overall, however, it’s a gritty yet descriptive style of which I can’t get enough, and I can’t wait to see what Sui Ishida does with the art in future volumes.

Tokyo Ghoul: re is a great first volume for fans who have been keeping up with the series. While the newer characters still need some time to develop, the protagonist and visceral art style make this a scary new debut to read this month.

Elisha Deogracias is an aspiring accountant by day, freelance writer by night. Before writing for Gaming Trend, he had a small gig on the now defunct Examiner. When not being a third wheel with his best friends on dates or yearning for some closure on Pushing Daisies, he's busy catching up on shonen manga and wacky rhythm games. Mains R.O.B. in Smash. Still doesn't know if he's a kid or a squid.
Related Articles: Beyond the Page, Tokyo Ghoul:re Volume 1
Share
Tweet
Share
Submit