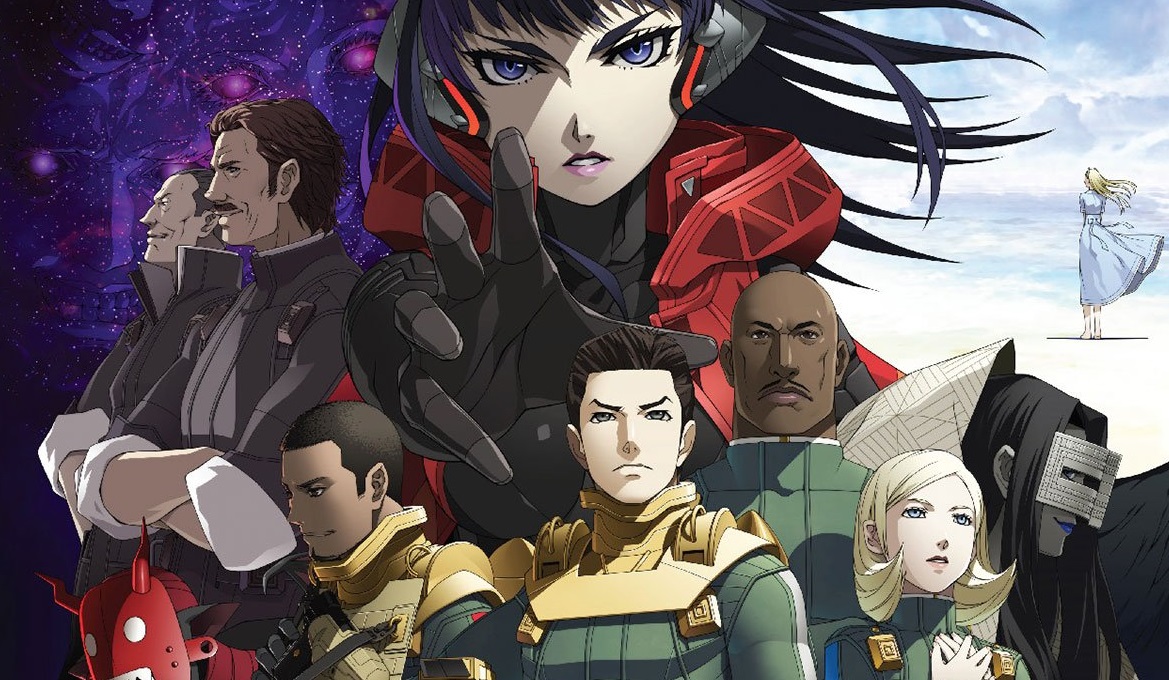 The title really does say a lot; Shin Megami Tensei: Strange Journey Redux is nothing if not a strange journey. It may be the fourth game in the core Shin Megami Tensei series, but the good news is that it’s a stand-alone title, so you won’t need to be familiar with the previous titles in order to play. The other good news is that this game is impressively huge, and has no shortage of things to do, as well as robust, dense lore. The bad news is you’re going to have to slog your way through said lore, and characters reacting to that lore, and characters talking about that lore, and reminding you of the that lore, and reminding you how they feel about that lore, and…

When I first loaded up the game, I played for thirty minutes before I actually encountered combat. There was a lot of setup, a splash of picking my character’s name, and a whole, whole lot of talking. A strange anomaly has appeared over Antarctica, and while most of the world thinks it’s a massive storm, the UN knows the truth: Another dimension is, somehow, manifesting within our realm. They detail their plan to send a special task force to infiltrate the anomaly and try and stop it. We then jump to the task force itself, which is en route, and hear the whole situation all over again, along with details how we’re going to infiltrate the anomaly and what we plan to do there, then we watch the infiltration itself happen, kiss the plan goodbye and hang onto our butts as our broken vehicle is infiltrated by invisible enemies… which turn out to be demons. Because sure, I guess that makes sense.

The crew is defenseless against the violent, unseen demons until an unknown voice suddenly upgrades the specialty suit that serves as the uniform for the task force. Officially named “DEMOuntable Next Integrated Capability Armor,” and called DEMONICA for short, because of course it is, is suddenly able to not only see demons, it also allows you to communicate with them. At long last setup is mostly complete and the bulk of the game, which revolves around battling, recruiting demons, and dungeon crawling, can start!

The core of the game revolves around exploring dungeons, upgrading your Demonica, and hitting all the necessary notes to reach the story-driven boss battle in each dungeon. As you explore the demon realm, you’ll come across items which your can use to upgrade your weapons and your Demonica on your ship, the Red Sprite. Want to find even more rare ores for upgrading? There’s an app for that. Want something that increases the cash won after every battle? There’s an app for that. Want to make it a little easier to talk demons into joining your team? You guessed it, there’s an app for that, too. These upgrades can be vital to the story, as some allow you to open doors with complicated locks and even detect hidden doorways. While the game opens with only one area to explore, you’ll eventually unlock more and more dungeons, each with their own look and set of demons. It’s a good idea to go back through lower level dungeons after upgrading your Demonica, as those upgrades may allow you to access new areas, unlocking new items and story paths.

Random encounters are commonplace, and give you the opportunity to either gain experience for you and your team of demons by annihilating your enemies, or possibly expand your ranks by chatting up a demon or two. Demons have different alignments and personalities, and you’ll have to figure out the best way to get on their good side in order to successfully recruit them. Some want to be flattered, some want to learn more about humanity, some just need the right combination of moaning sounds, and some just won’t talk to you at all, depending on your alignment. Demons can be convinced to give you items, join your team, or even be scared away, depending on how you talk to them. Some are easier to convince than others, but all demons go a little mad during the full moon, and won’t be willing to talk to you if you without a special Demonica app.

Of course, just becoming pals isn’t enough to convince them to join your team, (probably because they know about fusion, but more on that later) you’re generally going to have to sweeten the pot. They will make demands ranging from taking some of your life or energy (hit points or magic points) to demanding items or money. Once negotiations are over, they’ll decide if you’re a high enough level to be a worthy leader, and once all of that is done, you may possibly have a new demon on your team. Negotiations feel pretty scripted and predictable, and you’ll have the same conversation with several different types of demons, so this feels more like a repetitive chore, a guessing-turned-memorization game, rather than actually getting to know a new or interesting character.

Once you’ve built up a healthy stock of demons, you may find yourself running short on room. Not to worry, you’ll soon be able to fuse two or more demons together, creating more powerful offspring which can inherit moves from their parents. It sounds painful, but there are several demons which can only be acquired through fusion. The system is not random, and it lets you know what demon will result from the fusion, and even indicates if it’s a previously unregistered demon. There are more than 300 different kinds of demons, so it’s going to keep those with the gotta catch ’em all gene quite busy.

While dungeon crawling and playing with demons make up the meat of the game, the story and characters form the skeleton. As the game progresses, you’re going to have to pick an alignment, Chaos, Law, or Neutral. Character also have alignments, and they will often rehash events from their viewpoint, offering opinions to sway you towards their alignment. Strange Journey contains multiple endings which are determined by your alignment. I can’t necessarily say that there is one ending which is good verses one that is entirely bad, but I can say that the fate of the world is in your hands, so choose wisely; is it really worth aligning all of humankind with chaos just so you can recruit that one chaos demon more easily? It might honestly be, it’s just a question worth asking.

It should be noted that, while Strange Journey has a lot of good, interesting elements, its gameplay feels pretty dated. There’s a lot of text to slog through, a lot of commands to manually enter, and a lot of dungeons to trudge through again and again and again. It absolutely scratches the itch for an old-school dungeon crawler, and brings back memories of playing Azure Dreams and Dungeon Master, but it definitely feels a little clunky at times, and is simply lacking in some of the quality of life features of newer games. The Strange Journey will take you through a fundamentally fascinating story about human nature, free will, gods, and an increasingly relevant conversation about stewardship of the planet, if you’re able to trek through the game’s dated user interface and pages upon pages of text.

Shin Megami Tensei: Strange Journey Redux is as long and as the title, and can be challenging to get into, due to dated UI and lots and lots of text to read. The story is interesting, if not slow, offers multiple endings, and more than 300 demons for you to collect, fuse, and fight alongside. A solid, if not slightly clunky title built for the retrogamer crowd.