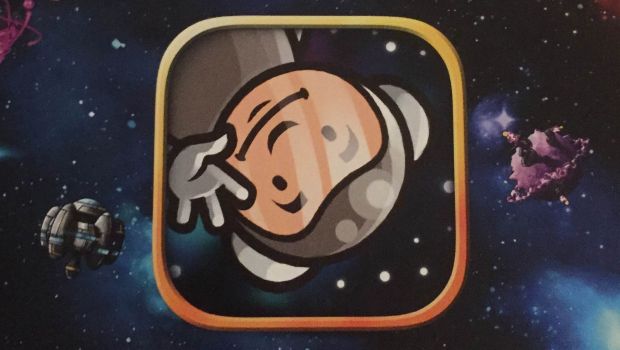 Galaxy Trucker is an amazing game with an incredibly well done digital port available for smart phones. The digital version added missions to Galaxy Trucker, giving players goals and achievements. This app was so popular that Czech Games Edition recently released the Galaxy Trucker: Missions Expansion. The Missions expansion adds new missions that can be played with a physical copy of Galaxy Trucker, as well as missions included in the app.

Galaxy Trucker is a zany, chaotic, yet highly strategic board game. In it, players scrap together space cargo trucks from a junkyard of pieces in a timed construction phase. They have to connect cargo holds and crew quarters, lasers, shields, and engines, with enough batteries to power everything. The construction phase is timed, meaning that your ships will be far from perfect.All these ships need to do is survive what space throws at them. Okay, the ships will barely make it through asteroids and pirate territory, if at all. But the fun in Galaxy Trucker comes from watching the ships get blown apart.

The Missions Expansion allows players greater levels of variety between rounds. At the beginning of each round three mission cards are drawn randomly, and players have to choose one mission to play for that round. These missions add new objectives and new difficulties for the game of Galaxy Trucker. One mission might encourage players to transport some dangerous explosives that might tear a ship apart under the wrong circumstances; another mission encourages players to transport heavy cargo that renders their engines less effective. All of the components introduced in this expansion make the space trucks less effective, but players receive nice payouts for including those faulty components. Some missions require devastating supercards that tear apart ships. These cards are not impossibly tough, but they certainly increase the schadenfreude that players experience from watching other players’ ships get destroyed. These cards can range from meteor showers to black holes your ships need to outrun (especially annoying when ships are carrying heavy cargo)..

Missions is a great expansion for people who want to add variety to their game of Galaxy Trucker. Like all of the previous expansions for Galaxy Trucker, this one increases the difficulty. However, I really like how most missions do not use all new components, and this means that it is easier to explain the new rules for specific to each mission. The expansion tiles are also a different color on the back than the base game tiles, which is a nice touch. It means that players will not accidentally pick up radioactive cargo when they are looking for batteries. The missions also all feel very different, adding even more variety to this game. Players do need to change their tactics greatly when building different ships between different missions because each round feels different. Like any game designed by Vlaada Chvatil, the flavor comes through nicely.

Some of the meaner new cards.

If you are a veteran player of Galaxy Trucker who wants more variable tiles, more difficulty to your base game (and maybe other expansions), and play with missions which change your tactics and feel of each mission, you should pick up this expansion. As it turns out, I am not one of those players. I do not want to downplay this expansion, because it is quite excellently done. However, as it is, I am content with the base game of Galaxy Trucker. Although the expansion rules and scenario rules are all easy to understand and to explain, I prefer just pulling out Galaxy Trucker and jumping right in, rather than having to explain new rules to veteran players. However, some players will want even more variety to their experience.

Personally, I am content playing the base game of Galaxy Trucker. I prefer to simply pull out the game and not need to explain new rules. However, for those who are looking for new variability and difficulty, Missions is a great expansion. The missions are all radically different, forcing players to adapt their tactics drastically.