In a post-post-apocalyptic world, one man will single handedly restore the housing market by purchasing homes, fixing them up, and selling them for a profit. He’ll take any job, from renovating your bedroom to cleaning your garage, to fulfil his goals. No task is too tedious, and no client is too picky. They call him… the House Flipper.

There isn’t actually a plot to House Flipper, but that’s what I like to imagine because every single house you visit looks like it survived an apocalypse. There’s trash, burn marks, and weird stains everywhere, all of which you’ll have to deal with in whatever job you’re doing, whether the client asked you to or not. You’ll take jobs or purchase homes to flip at the computer in your office, then automatically travel to the lot in the Silent Hill looking neighborhood so you can build or tear down walls, paint, install utilities, purchase and place furniture, and clean up. It’s a simulator, so you get pretty much exactly what you see on the tin, all tedium and repetition included. Though that might be precisely what a player might want out of this game; I know I found the general game loop to be relaxing to a point, especially when putting on a podcast or some music in the background. Though, as I said, this is only to a point; there’s only so many times I can press the exact same buttons in the exact same order to install a radiator. 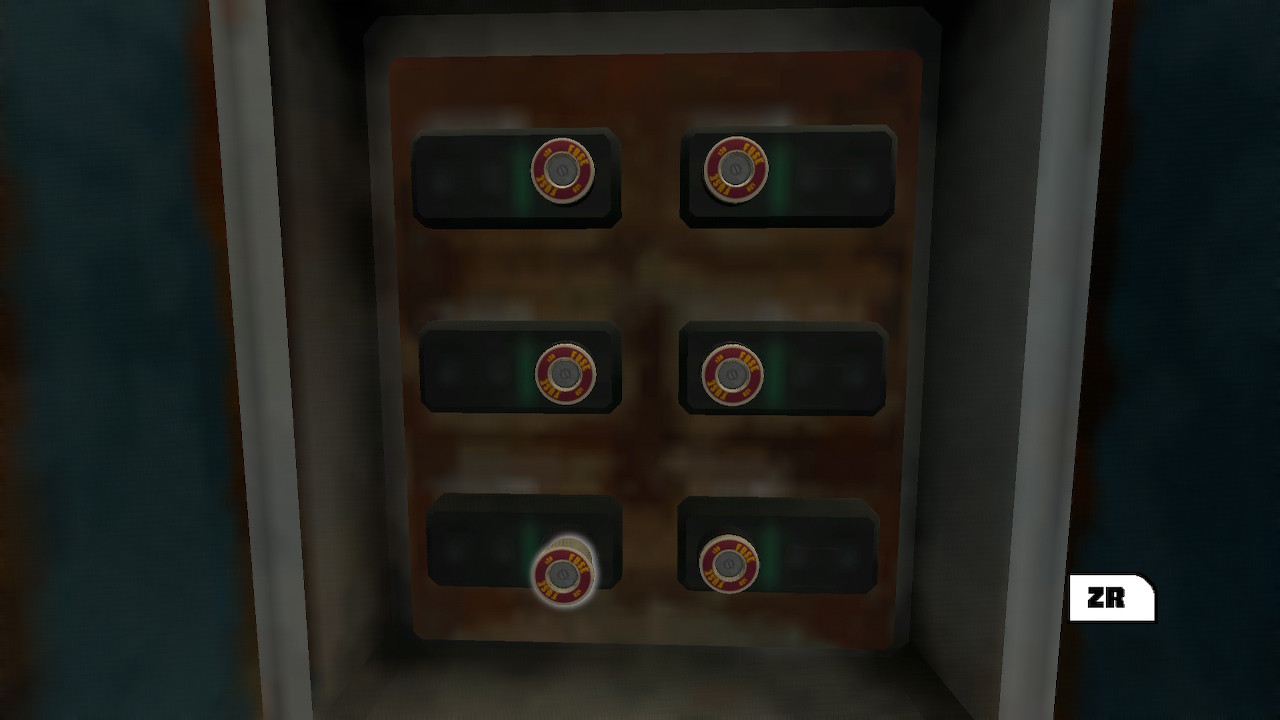 The tedium of certain tasks is only the most surface level of the problems with House Flipper on Switch. Most obvious is the horrendous performance. The game will never reach a comfortable framerate in any sense of the word. I could only play about an hour or so of the game at a time before having to take a break due to nausea. It will also frequently stutter, resulting in you seemingly teleporting a short distance or messing up whatever you’re doing at the time. Oddly enough, the game is a bit better in portable mode, though that doesn’t remedy other issues like the laggy and unintuitive menus. To accomplish anything, you’ll have to essentially fight the game into doing what you want, even moving the camera feels imprecise and suggests where you want to look rather than actually looking there. There is an option for gyro, but instead of aiming by tilting your controller it’ll send you back to 2006 and add the option to shake the controller to clean or hammer rather than just pressing ZR. It’s very clear in every aspect that this game was designed with a Mouse and Keyboard in mind, as using a stick and buttons just feels like it’s emulating that control scheme in the worst way possible.

While the performance and controls are the two biggest problems, there are quite a few more issues here. There’s the writing, which is consistent in its inconsistency. Sometimes tips will use first person, and other times they won’t. Comments from potential buyers are also unintentionally hilarious: some will tell you out of the blue that they hate kids or will explode if you add a second bedroom to a house. It’s very clear that the developer’s first language isn’t English, but that’s not too much of an issue for a game that doesn’t focus on story or text in general. Another thing I noticed about the game, which isn’t a real issue, just something I noticed, is why do you have to play as a white dude? The game has no story or voice acting of any kind, the only characterization you get of yourself is the hair on your arms and the color of your skin. Something I learned in a game design class is to always question why your protagonist should be who they are, and if there is no reason to change them and add a little more representation to the world. Again, not a knock against the game, just something worth mentioning. 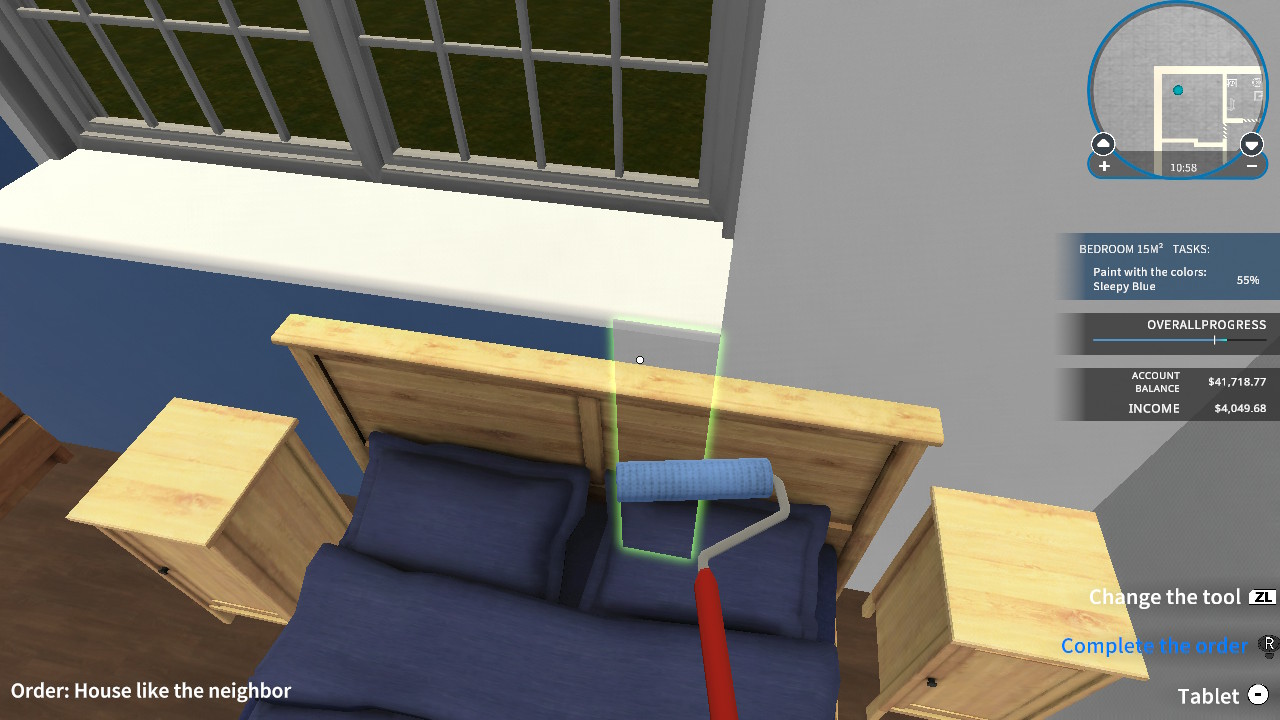 The tutorials aren’t helpful in actually teaching you things either. For some reason, the game restricts what tools you can use until you’ve done a request that requires said tool. The game doesn’t tell you this nor how to use any of the tools you’ll acquire, so you’ll just have to guess which missions will finally let you remove furniture or tear down walls. As you play, you’ll also randomly receive skill points for one of several categories like demolition or negotiating prices. All of these skills help you save either money or time, which makes them feel less like upgrades and more like barriers. It feels unnecessary to have these be unlockable and have a choice between them when the game would be more enjoyable with these at the start.

House Flipper is emblematic of why every game doesn’t need to be on Switch. Its nauseating performance, terrible controls, and laggy menus combine to make an overall awful experience. The game itself, while relaxing at times, seems to want to waste your time in any way it possibly can.

David is the kind of person to wear his heart on his sleeve. He can find positives in anything, like this is a person who loved Star Fox Zero to death. You’ll see him playing all kinds of games: AAAs, Indies, game jam games, games of all genres, and writing about them! Here. On this website. When not writing or playing games, you can find David making music, games, or enjoying a good book. David’s favorite games include NieR: Automata, Mother 3, and Gravity Rush.
Related Articles: House Flipper, Indies
Share
Tweet
Share
Submit