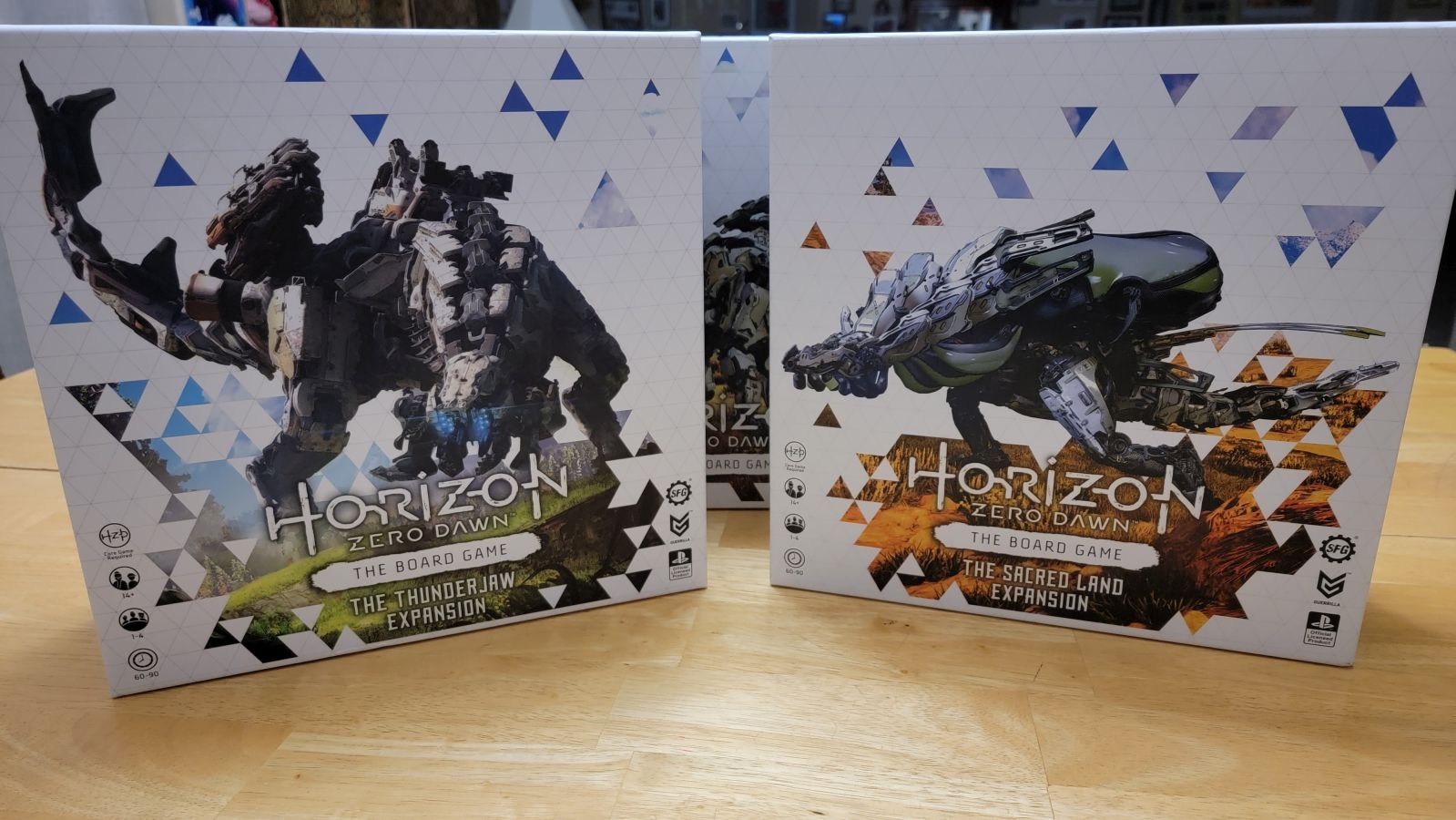 Horizon is a dish best served cold. A dish that teaches you to fish rather than feeds you for a day. The expansions not so much. For most board games, expansions are welcome additions of content. For Horizon Zero Dawn the Board Game, I’m not so sure that is the case.

In the Sacred Lands and Thunderjaw expansions, Steamforged Games has managed to provide wonderfully crafted miniatures and add-on content. What has not been provided are answers to the base game’s issues. 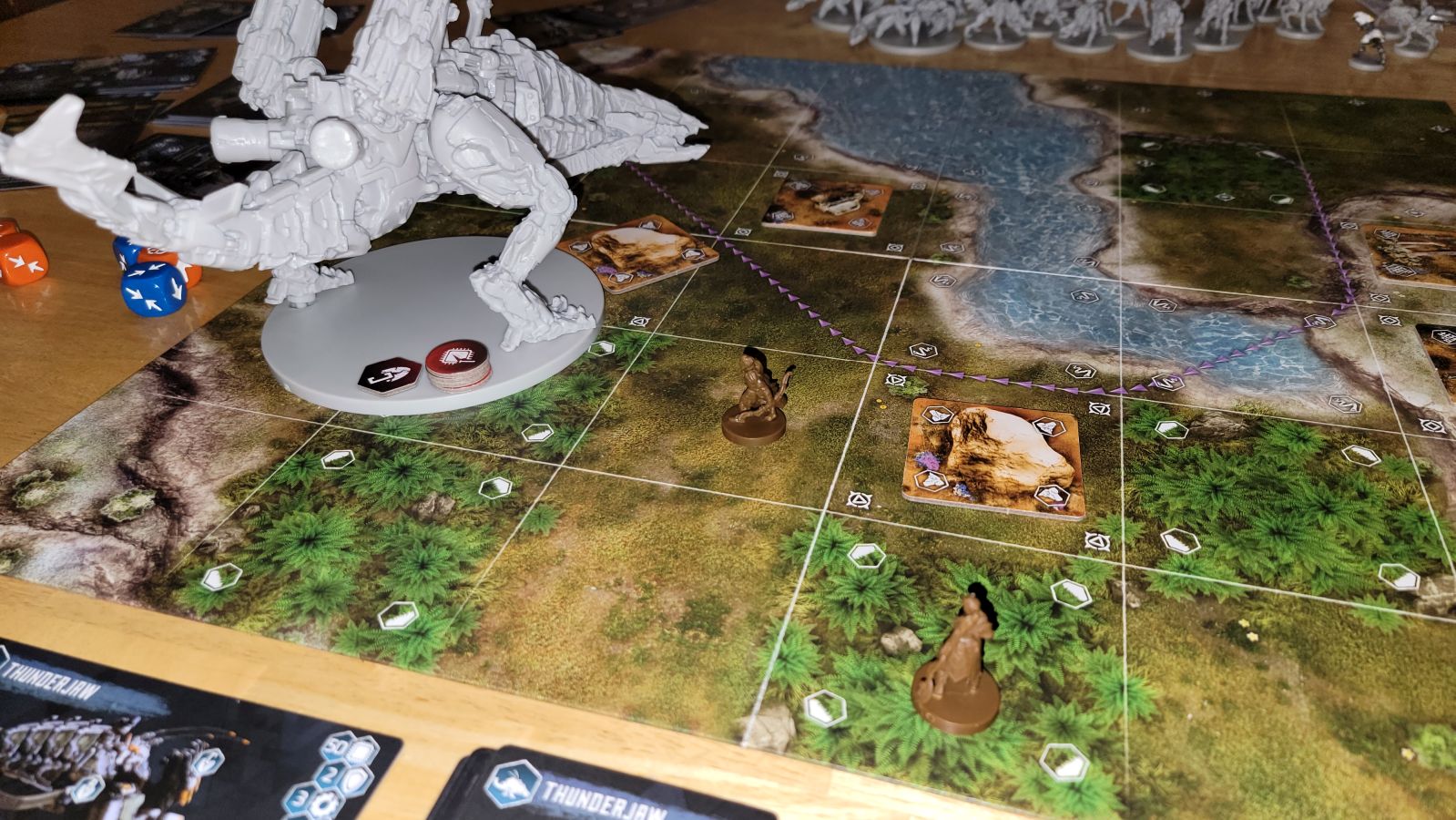 In the base game, players play through five hunts with the fifth culminating in a bigger creature such as the Sawtooth. In the expansions we see this same format, with a slightly different end game, and different combinations of lower difficulty hunts to offer some change to the base game formula. The most different and most exciting is definitely the thunderjaw encounter. Where the miniatures get progressively bigger from the base game to each individual expansion. The Thunderjaw is definitely the biggest with the entirety of the expansion’s box containing the miniature, if you can call it that, and a few cards for the encounters.

To begin with, both expansions offer more of the video game’s enemies as miniatures. While The Sacred Lands expansion offers more in the way of playable characters and extra map pieces, the Thunderjaw expansion offers what is almost like a raid boss experience. With new playable characters such as the scavenger, I dove in head first excited to try out another hunter that was NOT in the base game. This did turn out to be a solid choice as after playing the first few hunters available in the base game, I was searching for more variety. 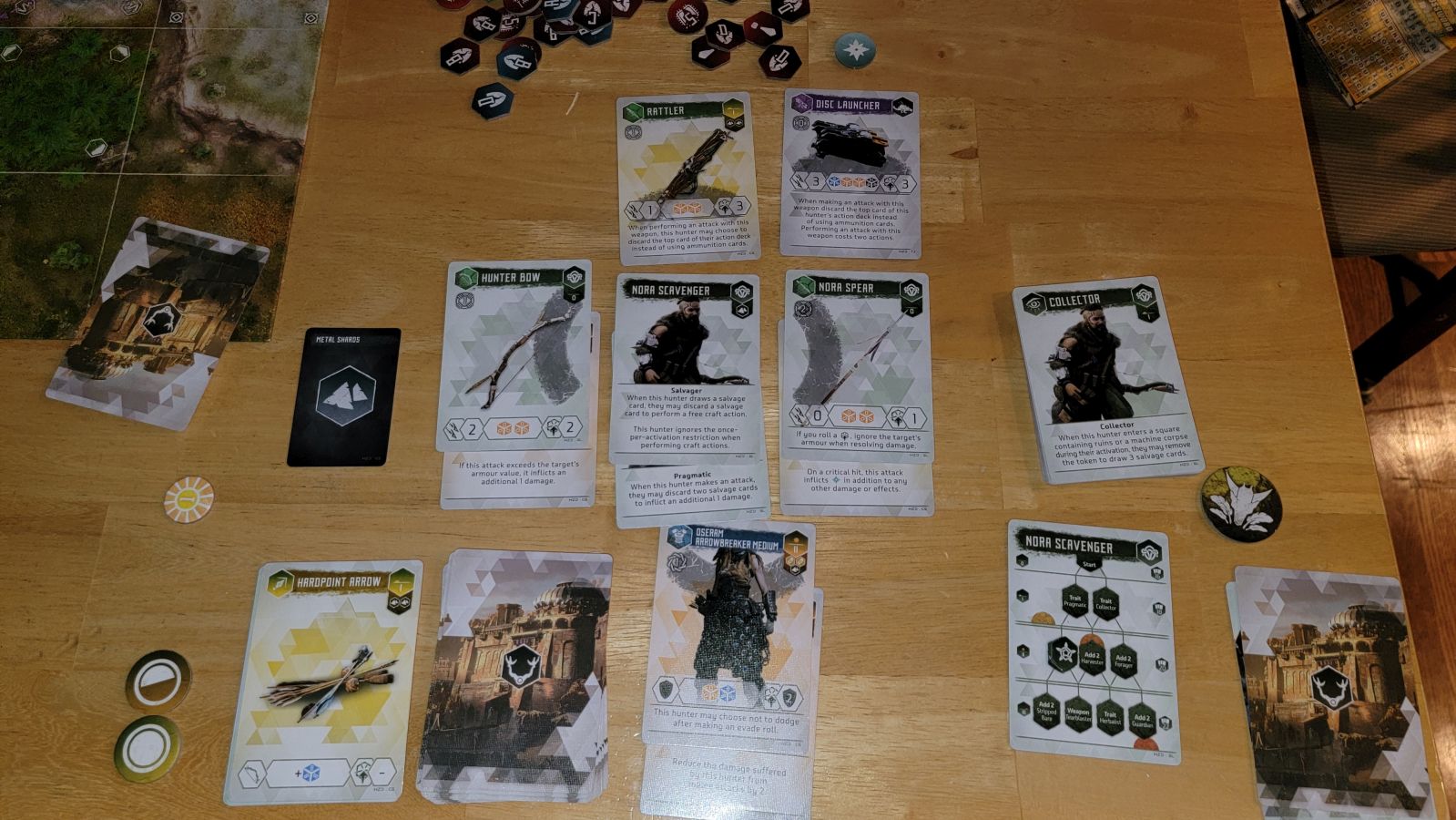 With new enemies, like the snapjaw, the bellowback, the stalker, the red eye watcher, and the thunderjaw, there are plenty of different enemy behaviors and difficulties to be had with the expansions. The game beyond that stayed largely the same. Hunters take their turns which consist of up to two actions, then they activate the enemies one by one starting with the alert enemies and ending with any non-alert enemies. Followed by maintenance steps and at the end of each hunt, the campfire phase. Minor changes with the campfire phase do not offer much variance but definitely offer some new items for potentially buying during the merchant step of the campfire phase. 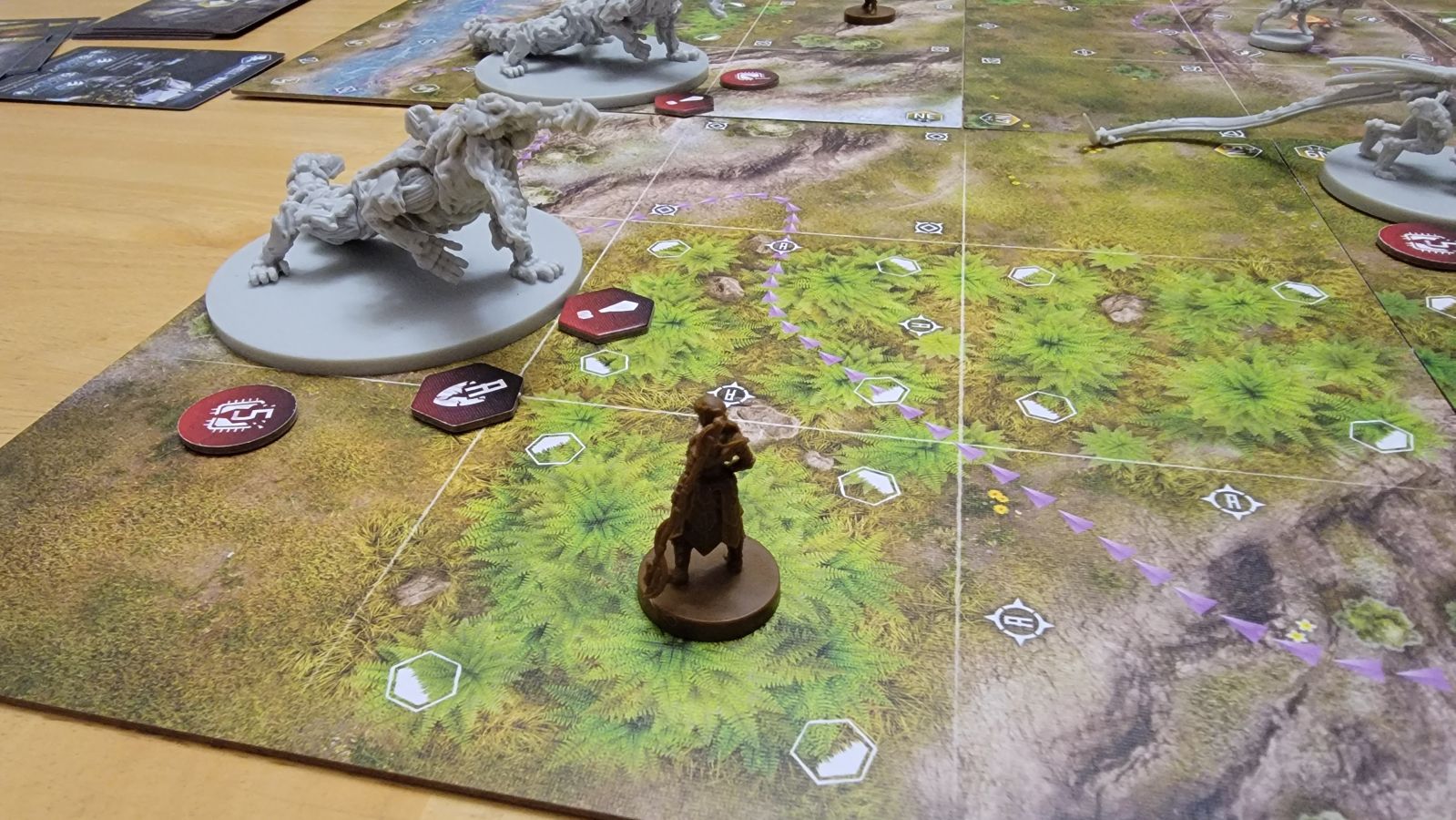 Through my playthroughs of the expansions, it is clear that some characters start out as stronger with certain weapons and play styles. In this way players might lack an opportunity to destroy those enemies before some players are able, mostly due to the vastly different play styles that characters offer. This however shows itself in the gameplay not changing much with no new actions, no new ways of standing out from the base game, only in ways that push a raid boss theme, and overall add extra hunts to the Horizon Zero Dawn board game.

Playing through both expansions taught me one thing, it certainly takes a long time to play, at all player counts. What starts as an experience that is straightforward and decently simple to understand, devolves into confusion about the minutiae that is not clearly stated at times in the rulebook. That being said, while these may detract a bit from the experience, There is still quite the experience to be had here, and still a fun experience to be had with anyone who might join you on your hunt.