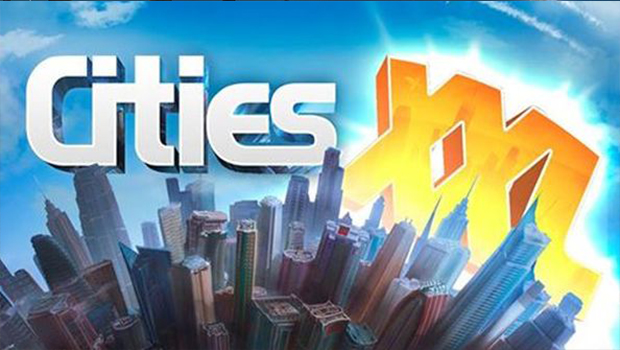 Cities XXL is a fun and challenging city building game. It rivals the SimCity franchises in ambition and innovation. Unfortunately, for this installment I have to be upfront and say, the game is not worth your money or time if you own Cities XL.

There has been a ton of controversy from critics surrounding Cities XL, and after playing the game for a couple of hours I would have to agree with them. This game is Cities XL with a few gameplay tweaks. It is literally the exact same game. I didn’t notice a single piece of new content that was in the previous installment. From the maps, tools, and buildings, it is basically a copy and paste. This is such a massive disappointment, and I cannot justify why they would do this. The complete lack of content is almost a slap in the facesince this version is being advertised as almost a “premium” version of Cities XL yet it just is Cities XL at a higher price point.

More of the same

Boasting a new engine and tweaks, Cities XXL also states that many of the bugs and performance issues have been fixed, but as I continued playing not all of them have. I still ran into performance drops that spiked worse as my city grew to its limits. Sometimes my load screen would hang for a lot longer than any reasonable game should, and every now and then the game would completely crash. This may sound like a bunch of big problems but it is a step up from Cities XL, and is actually not too bad, just not as good as I had hoped.

All of this criticism is coming from a huge fan of Cities XL, and I was excited for a better version, but I felt like I was playing a $40 patch to a game I had already bought. At the same time, if you haven’t played Cities XL, it is the best version of the series for new players and does deserve to be looked at. It is easily one of the best city builders out there, and has many unique and fun options that other city sims lack.

It’s good to be mayor

The graphics and sound have not been touched since the 2009 release of Cities XL, but they have aged well and are still enjoyable. I love the street feature, where you can zoom all the way to the ground in a first-person view and enjoy the city you built. The level of detail and diversity within the town is also impressive, and makes you want to look around and enjoy, versus it just being a novelty. It also adds a sense of realism when your town gets big, and they can get huge. The sound is also well done, from ambient sounds to horns honking during a traffic jam. Not to mention the music is about on par with the other games in its genre.

One of the biggest selling points of the Cities XL series is the size of the maps. This alone is why I am still playing Cities and not SimCity. You can have towns that sprawl out over at least 50 unique maps. I have had towns well over 1.2 million people that seemed to go on forever. I never have run out of space or wished there was more. Performance issues do sometimes plaque the game when it has to render a city that big, its scope and ambition are more than admirable.

The tools in Cities XXL are fine tuned so that you can create the town you want. Placing individual buildings and businesses has never been so easy, giving a personal and direct feeling that this is your town, which is something completely unique from other players.. The tools are also relatively easy to use and allow you to jump into planning out your perfect metropolis. As your town progresses the diffuculty and complexity really ramps up, which is perfect. Since you build your town at your pace, you control how quick or slow you want it to grow in size and complexity, making the learning curve as hard or easy as you desire.

Cities XXL is a unique and innovative city builder that is among the best, but there is not enough new features or content for returning players to justify buying.

Growing up in a small Colorado town, Bryan has always had plenty of time to play games. PC is his first choice of tech followed by the PS4. Graduating at 16 Bryan knew he wanted to be a writer and wanted to combine his love of games into that and found Gaming Trend in 2012 where he quickly became a member and started writing for them as soon as he could. He is still at Gaming Trend, but now has 2 kids, a puppy, and a lot less time to play the games he loves, but he always finds a way to get back into gaming.
Related Articles: Cities XXL
Share
Tweet
Share
Submit