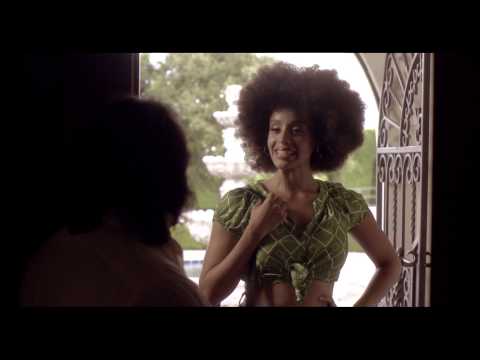 As much of a goody-two-shoes as you might be, there has probably been at least one time when you considered what it would be like to be a criminal mastermind. Maybe it was a megalomaniacal power fantasy, where your success was measured in how many innocent bodies you’d littered about the globe while hiding from earth’s governments within a hollowed-out volcano base? Or perhaps it was something more refined, where you were the ringleader of a group of skilled cat burglars?

Well, if the latter was the kind of itch you’ve been feeling lately, Kalypso may have just provided one of the best ways to scratch it. Under the flare and spectacle of its 70’s theme, Crookz: The Big Heist is a killer stealth strategy game, where the time you spend doing nothing can be some of the most intriguing moments you’ll experience.

The story of Crookz is really more of a set-up, like any good crime drama. Your gang of thieves is betrayed in the midst of one of their biggest jobs, and after several years laying low and hustling small-time contracts, the opportunity arises for them to win back their former glory and get revenge on the turncoat who hung them out to dry.

As the narrative progresses and you slowly start to rebuild your gang of anti-heroes, you will quickly be immersed in Crookz: The Big Heist’s elaborate strategy and planning system, where you’ll really find out what it means to be three steps ahead of your opposition.

As the first few tutorial missions dip your toes into the illicit ins and outs of being a master thief you will begin to see exactly how in-depth this game can be and how much you can afford to waiver within those boundaries. Crookz is a thinking man’s title, and after the training wheels come off you are going to need to do a lot of that thinking if you want to succeed. Depending on each mission’s circumstances you can weigh your risk versus you reward by keeping eye on the heat gauge, which measures how much attention you’ve gathered before the jig is up, or things can go immediately from bad to worse if any member of your crew is captured, immediately ending the entire game.

The tutorials early in the game will do a surprisingly good job teaching you the basics. But those won’t be enough for very long.

This means the severity of different threats and how you approach them can vary drastically, even on simple maps, if things don’t go exactly the way they’re planned (or if your plan was garbage to begin with). Learning your complex controls is essential, and if you want to just throw your teammates to the wolves a few times early in the title just to get the hang of them, it might be a good way to go before such simple mistakes cost you hours of planning.

Most of your time with Crookz: The Big Heist will be spent staring at screens like this one-and you’ll love it.

It may not be all at once, but the largest portions of time you’ll spend with this title will undoubtedly come from just staring at the planning screen, watching the patrol routes of guards, the surveillance fields of security cameras, and the wiring diagrams of armored doors and gates. Different rooms have different treasures and items which may play an intricate part in your plan at specific times, and making sure those roles don’t get jumbled into uselessness is the difference between making a perfect score or rage quitting halfway through a job. I personally found myself using one of my two monitors for taking notes and assigning roles to my crew just to make extra certain I knew who was doing what and when, and I’d be surprised if you don’t find yourself doing something similar after a guard spins around a couple seconds sooner than you predicted.

I mention seconds because time is one of several living elements of this game. Everything you do, from cracking a strong box to how long a guards stays unconscious has a particular array of factors that will affect the success rate of your job. Moving down a hallways may take 10 seconds for one character, but 7 for another. Picking a lock may take longer, but snapping open a door with a crowbar makes a ton of noise which you that you can’t afford. These aspects of gameplay make your characters’ various skills even more crucial.

Like any good strategy game, your crew has an array of talents to combat particular obstacles. However this title also offers a series of items which can mimic many of those talents, albeit with considerably weaker results. It really comes down to who and where most of the time, and finding ways to fit a round peg into a square hole in the name of adaptability.

Even if your plan is spot on, circumstances can change. If a stationary guard is knocked out by a member of your team, when he comes to it won’t be with a case of selective amnesia. That guard will now go on the prowl looking for his attacker, and it’s unlikely he will fall for the same trick twice.  If your hatchet man has moved on to another area of the map, leaving your engineer to think on his feet, your carefully stacked house of roguish cards can come tumbling down in a hurry and your plot to grab every dollar, precious gem, and silver spoon lying about the grounds can become a mad dash to get everyone out the door.

For all of these great points though, Crookz does have a few weaknesses.

Although the slide-style storytelling gets the job done, the selection of stock images gets old fast and fails to really immerse you in the events.

Although the plot of this game is far from its center of focus, it’s hard to convincingly deliver a theme without some solid storytelling and a well-constructed atmosphere. So, while Crookz: The Big Heist’s 1970’s visage is present, it’s far from immersive or interesting, and really just serves as decoration. Even in the cut-scenes, where the tale of our protagonists is told via a series of slides and voice-overs, the art is simple and repetitive, while the voice acting is uneven and phoned-in. It’s not bad enough to be considered painful, but it is uninspired and makes the decision to make the setting what it is feel awkward.

The music to this title is kind of –meh– as well. Especially for a title which decided to include its soundtrack as a potential feature. The 70’s were an era that gave birth to legendary bands and singers like AC/DC, Bob Marley, and Queen, and classics like I Will Survive and Let’s Get It On. So hearing tunes as faint and forgettable as these was a bit of a disappointment.

Sometimes it helps to break character and find out what doesn’t work early on. The further you get into a job the more you will regret sudden death mishaps.

These are necessary criticisms because Crookz setting is something it calls a lot of attention to with its dedication to groovy pastel color schemes and far-out character designs. If the developers over at Skilltree Studios suspected it wasn’t something they were going to be able to construct effectively it may have been a wiser idea to play it down a lot more. Instead, potential buyers partially drawn in by the clever and very funny ad campaign (including Ron Jeremy who also lends his voice to the game) will likely feel let down when little to none of that character appears in the title itself.

Thankfully the time Crookz spends away from its strengths is minimal, and after all the time you’ve spent planning your next job you’re likely to have forgotten the downers were there at all  as you make your way to the next map.

As you progress closer and closer to your great reward, more items and character skills unlock, offering you new ways to approach old hurdles. This includes a series of challenge maps which exist outside of the core campaign for your amusement and bragging rights on the leaderboards. So even if everything in Crookz: The Big Heist isn’t what you expected, you’re not getting robbed of anything either.

This is an excellent and well-made title which does a lot more right than it does wrong. Strategy enthusiasts looking for something new and fun away from a battlefield will find little to complain about in this game. The execution of the 70’s atmosphere and time spent outside the core gameplay is a bit lackluster, and deserving of more care and attention, but that’s still not enough to deprive yourself of some truly enjoyable hours playing the part of a criminal mastermind.

I've been a huge fan and critic of games and movies ever since I had a voice to speak about them. I love power and influence of great storytelling, interactive and otherwise, and now want to be more than just a consumer. My biggest strength in this regard? Almost every time, I'm fair all the time.
Related Articles: Crookz
Share
Tweet
Share
Submit