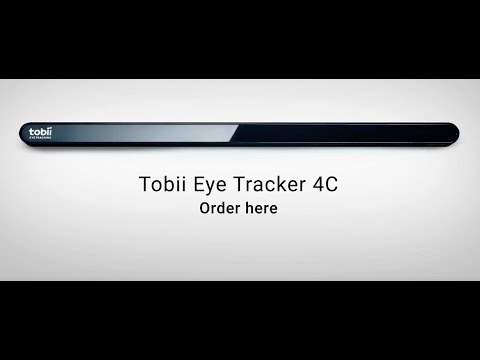 I was pretty impressed with the Tobii EyeX and said as much in my review. I also pointed out that, while it does spell a new level of maturation, there were a few hiccups including driver issues and some integrations that seemed to have stopped functioning. What I didn’t realize was that I was catching the EyeX at the end of its product cycle, and that a new version, the Eye Tracker 4C, had hit shelves on November 25th. What could Tobii bring to the table with their newest iteration?

There are a lot of solid improvements in the 4C. Slightly smaller than its predecessor, the functionality is mostly the same – it reflects infrared light off of your retinas, tracking your eye movement and translating it into various in-game motions. Some games, a great many of which from Ubisoft, use this increasingly well, while others are more basic. The 4C does all of this with less of a strain on your PC. How much? The EyeX uses 20mb/s of transfer, soaking upwards of 10% of your CPU’s power. The 4C drops that to a shockingly thin 100KB/s — less than 1% of any reasonable CPU. That’s all power that can be handed back to whatever game you are playing.

You might recall that I mentioned some USB 3.0 chipset issues with the Tobii EyeX. This has been resolved with the 4C, but not in the way I expected. The EyeX had a separate USB 3.0 cable, but the 4C uses an integrated USB 2.0 tether. As I mentioned above, the system doesn’t need the same level of bandwidth, thanks to an onboard ASIC to handle processing locally, so the far more stable and compatible USB 2.0 interface is more than sufficient.

Currently there are 46 games that support the eye tracking portion of the Tobii product, with Watch Dogs 2, Steep, and Dying Light having been added to the list very recently. Tobii has announced that they intend to increase that number to over 100 by the end of 2017, but I wanted to see what this new bit of hardware would bring to the table for the games already in our libraries.

Rise of the Tomb Raider
The 4C integration for Rise of the Tomb Raider is a subtle improvement. Extended View with Headpose (despite a somewhat misleading name) allows you to use your eyes to move the edge of the screen by simply looking in that direction. Instead of moving the camera with a thumbstick or mouse, you’ll shift focus with your eyes. This means that the screen can ‘shift’ to accommodate a wider view, allowing a semi-independent and wider view. Three other features are lumped together a bit — Highlight at Gaze, Throw at Gaze and Aim at Gaze. Highlight at Gaze is useful when selecting things in the environment, with Throw at Gaze being useful at blowing things up in the same way. Aim at Gaze is a highlight in that the reticle snaps where your eyes are looking instantly. This means you can lock onto a target, switch targets, and take out environmental items very quickly. If there is one area where gameplay is improved, it’s here. The final feature is Clean UI. Clean UI is a frequently-appearing feature for Tobii, making HUD elements semi-transparent. When you look at those same elements they pop to the surface, full opacity, and then fade backwards when you look away. Rise of the Tomb Raider pushes it one level further, allowing a player to adjust that opacity level up down as well. If you’ve not picked up Rise of the Tomb Raider, open two tabs — one to read our review, and one on Amazon to remedy that situation.

Watch Dogs 2
Watch Dogs 2 has five eye-based functions that work with the Tobii Eye Tracker 4C — Aim At Gaze, Cover at Gaze, Hack at Gaze, extended view, and bungee zoom. Aim at gaze unlocks the camera, centering on where your eyes are looking. This allows for faster targeting when in combat.

The bulk of your time in Watch Dogs 2 is spent hacking, so it’s important that hack at gaze works perfectly. When you are ripping down the tight back streets of San Francisco, the police and a local gang in tow, the hackable objects in the environment can turn into a bit of a blur. The game does a decent job of determining what you might want to target, but it’s not perfect. The 4C takes the guesswork out of that targeting — the target of your hack is dependent on where your gaze rests. This becomes especially useful when you’ve unlocked the ability to manipulate vehicles as you can quickly target cars and cause them to careen in all directions without shifting your focus — something that simply never gets old. (Our review here)

Cover at gaze seems to be a staple of Ubisoft products with Watch Dogs 2 being no exception. Zipping between cover locations is usually done with the right thumbstick, but with the 4C it’s much easier to lock onto your next waist-high bullet-blocker.

Extended view is a little more interesting. Unlocking the camera, the center of the screen can be shifts in the direction where you are looking. It shifts the field of view without turning the camera. When enabled, it creates a wider view of the surroundings — a more natural movement mechanism, albeit one that takes a little getting used to.

Bungee Zoom is a strange-sounding function that turns out to be pretty cool. When you look at the world map you can zoom in and out with your thumbstick. Bungee Zoom lets you perform this with your eyes. Pressing a mapped key on the keyboard zooms the map out, and releasing it zooms back in where your eyes are focused. It’s not a necessary function per se, but it’s a cool feature that makes a game about technology feel a little more high-tech.

Steep
Steep is one of Ubisoft’s newest franchises, hitting the pristine ski slopes of Mont Blanc, offering up snowboarding, wingsuit gliding, snow skiing, and lots of glorious open-world freedom. (Our full review here) Tobii provides a few eye tracking functionalities like Extended View, Clean UI, and Free View, but also makes use of the head tracking functionality offered up by the Tobii Eye Tracker 4C as well.
Free View mimics the right control stick when your character isn’t in motion, swinging the camera around the player to take in the landscape by letting your gaze rest at the edge of the screen.

Clean UI, still my favorite addition for any game, makes the HUD semi-transparent. That’s great for all games, but in a title so focused on beautiful scenery it’s fantastic to remove anything standing in the way of that. Like all other implementations, when your gaze comes to rest on those elements, they pop into view, fading away after your eyes return to the action.

Extended View is somewhat useful in other games, but it really shines in Steep. Allowing the entire frame to shift left or right to take in more of the environment allows the player to see tricking opportunities, fresh paths, and dangerous obstacles without having to swing the camera around the player. In practice, I found the head tracking made the system more accurate, even if it isn’t yet offering game-specific features. The improvements to the system are subtle, but once you try it you’ll see how much it really changes the way you play.

If you’ve played games like EVE: Valkyrie in a VR headset, the head tracking is one of the biggest factors that enhances the immersion. Unfortunately, a large number of people suffer from nausea and headaches when using VR, so an alternative is a welcome sight. The 4C tracks your head without the need for any reflective stickers on your face, odd headgear, or anything other peripherals beyond the 4C.

Head tracking is something that you have to experience to really understand how much it changes the game. Traditional controls require that you swing the nose of your aircraft to track any bogies that might be overhead, but with independent head movement you can track them better than ever before. While VR lets you look directly up, the 4C only requires a small bit of movement to shift the view (you still have to see your screen, of course). It takes rougly a half hour of practice to get used to, but it compliments the game well, making dogfighting with space pirates a little bit easier.

Hardware
If I had a complaint with the 4C, it’s the new USB 2.0 cord. It’s extremely short at two and a half feet, so it is very likely that you’ll need to purchase a USB extension cable to reach your PC. I tried to use it with my mechanical keyboard to accommodate for the shorter cable, but Windows immediately complained that the hub in the rear of the board didn’t have enough juice for the job. An extension cable will only run you a few bucks — I’m just telling you to plan ahead.

One advantage of using IR instead of other technologies is that the Tobii systems, both the previous version and the new 4C, can be used in the dark. Most gamers keep their game space dimly lit, so this was a very wise choice on their part.

For those of you who picked up an EyeX (or are considering it for the slightly cheaper price), you might be wondering if the Tobii Eye Tracker 4C is worth the upgrade. That’s actually a little complicated to answer. The 4C is certainly sleeker and smaller, and the head tracking support (while currently a bit underutilized) is likely to be the gateway to some amazing breakthroughs, it isn’t those things that make it worth it.

Tracking costs CPU cycles. On the EyeX, Tobii reports that to be a 10% hit. While most games are not CPU-bound, that’s not an insignificant amount. The Tracker 4C, utilizing a dedicated ASIC to do the heavy lifting, drops this down to just 1% CPU utilization. With the processing behind handled locally, that also means an extra 20MB/s of transfer across the USB bus drops to just 100kb/s. It represents a generational leap forward for this sort of technology, and Tobii is providing it at the original price of the EyeX.

The Tobii Eye Tracker 4C represents a leap forward for tracking technology, bridging the divide between traditional mouse input and the motion tracking / VR headsets that have recently burst onto the scene. The revised hardware drops the USB 3 / chipset requirements, bringing on-hardware processing and far greater tracking fidelity. While the games side of things is still growing, there’s no doubt that the Tobii Eye Tracker 4C brings a whole new way to experience gaming.

Ron Burke is the Editor in Chief for Gaming Trend. Currently living in Fort Worth, Texas, Ron is an old-school gamer who enjoys CRPGs, action/adventure, platformers, music games, and has recently gotten into tabletop gaming. Ron is also a fourth degree black belt, with a Master's rank in Matsumura Seito Shōrin-ryū, Moo Duk Kwan Tang Soo Do, Universal Tang Soo Do Alliance, and International Tang Soo Do Federation. He also holds ranks in several other styles in his search to be a well-rounded fighter. Ron has been married to Gaming Trend Editor, Laura Burke, for 21 years. They have three dogs - Pazuzu (Irish Terrier), Atë, and Calliope (both Australian Kelpie/Pit Bull mixes).
Related Articles: Tobii Eye Tracker 4C
Share
Tweet
Share
Submit