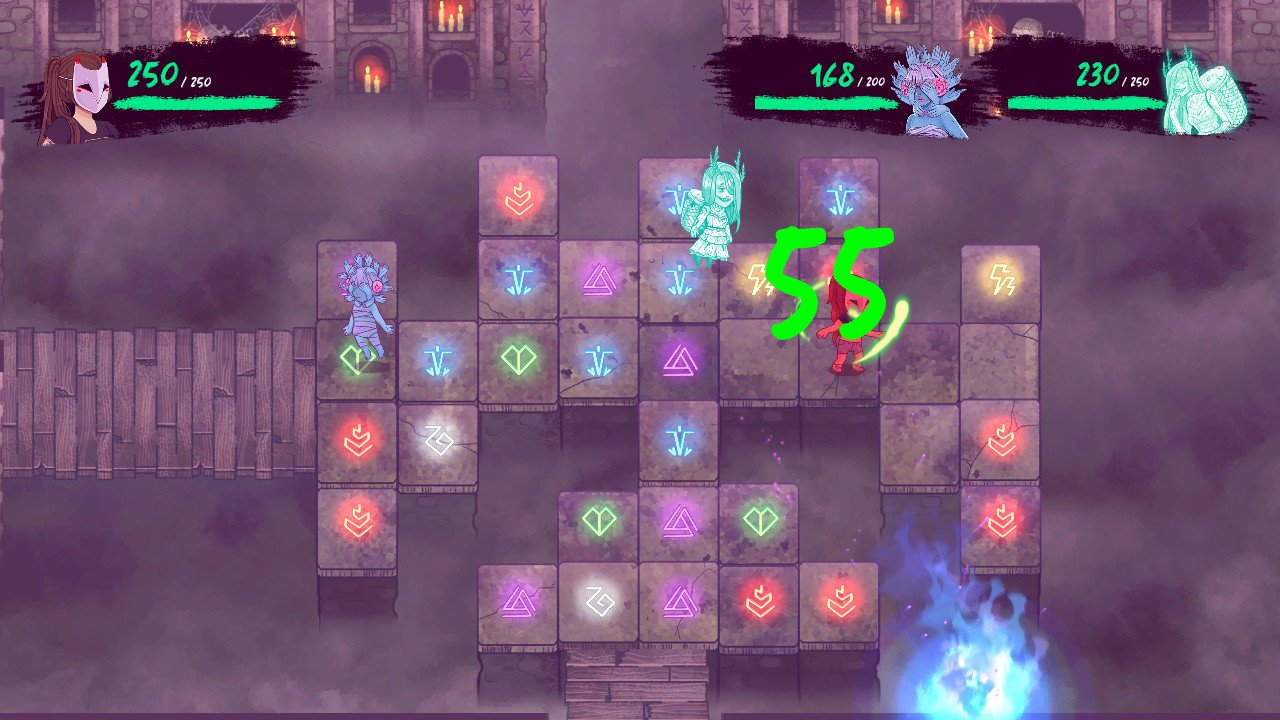 Puzzle-RPGs are a weird mix of genres that seems to work pretty well. From Puzzle Quest to Puzzle and Dragons, the pseudo-match three mechanics create a pretty fun time that will engross you for hours. Rose City Games’ The World Next Door aims to take this premise and create an entertaining story about friendship, but while the gameplay is excellent, the total package remains a hit or miss affair.

The World Next Door takes place in a land called Emrys, where magical beings reside. While both Emrys and Earth coexist, its denizens live separately. Every generation, an event known as The Festival takes place where a few travelers from each world are allowed to travel to the other for one day through the use of magical portals. Protagonist Jun is one such traveler, as she heads to Emrys to visit her best friend Liza, who she has previously only contacted online. Unfortunately for Jun, an accident while exploring an ancient shrine with friends causes Jun to miss her portal back. With the revelation that humans cannot stay in Emrys for long, it becomes a race against time to find a way back home before it’s too late.

The main gameplay of The World Next Door revolves around exploring shrines in order to activate spells through runes on the floor. You have to match at least three of the same symbol in order to cast a spell, with a more effective one happening the more symbols are in one group. From healing to paralyzing shocks, there is a variety of things you can do with your spells. If you can’t find something to activate, you can also grab a symbol to plop it around another square on the floor. 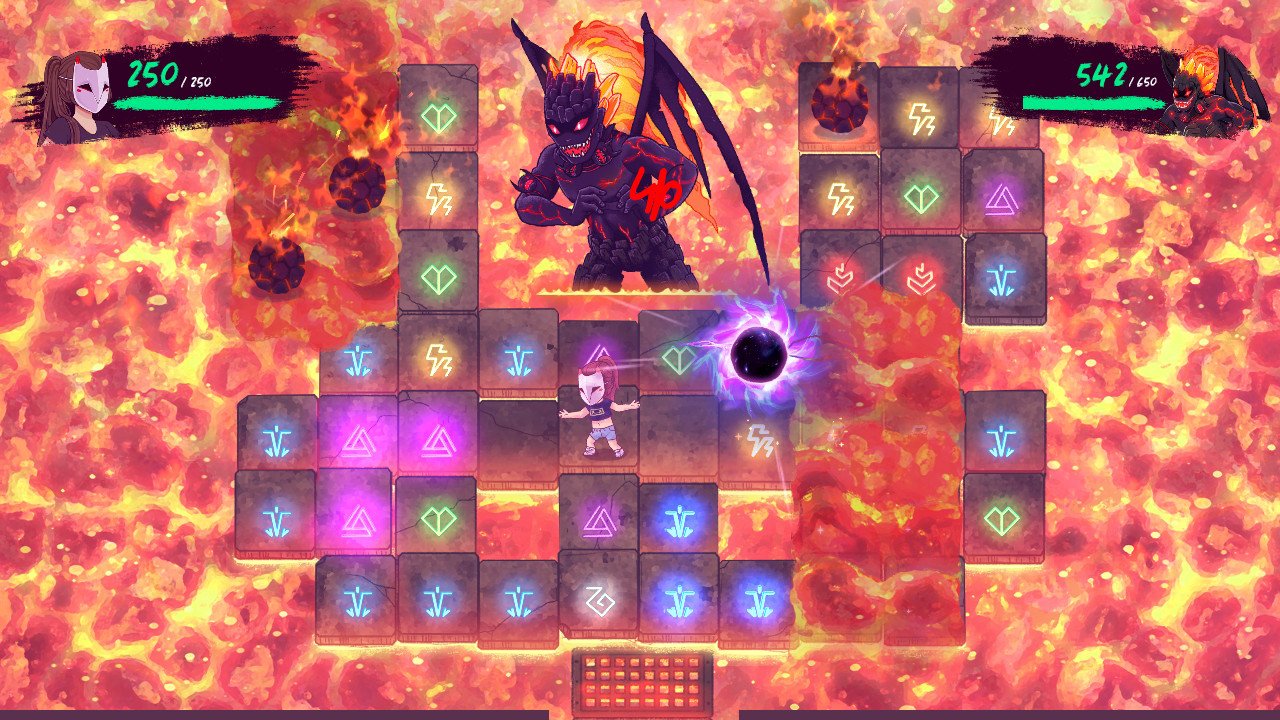 However, you’ll also need to be on the lookout for Grievances, enemies that follow you and want to destroy you. This balance of matching symbols and dodging attacks creates for a chaotic but entertaining experience. It was pretty fun trying to group symbols together, and the action fits well with the level designs (which are all square shaped rooms). While it doesn’t get too difficult (I only died a couple of times), there is a lot of leeway with checkpoints, and you can also activate an assist mode where Jun won’t take damage. This is meant for people who just want to experience the story, an option which I appreciate considering the emphasis on story.

I do commend The World Next Door for its fun and relatable teenage cast. While Jun is a rather vanilla protagonist (who can change her demeanor based on answers you give during conversations), the supporting cast is cool and fleshed out, from the hot-headed Horace to the walking valley girl Lux. The cast is almost entirely dubbed in this sort of simlish/Animal Crossing speak that’s endearing yet also gives each character personality, even if you can’t understand a word they’re saying. So much so that an optional television in the hub world featuring Youtuber Akidearest feels really out of place; these encounters are dubbed in full English, and it comes off as oddly inconsistent with the rest of the voices. While listening to this commentary is completely optional, I would have rather had her character speak a similar simlish dialect, but it’s just a minor nitpick. 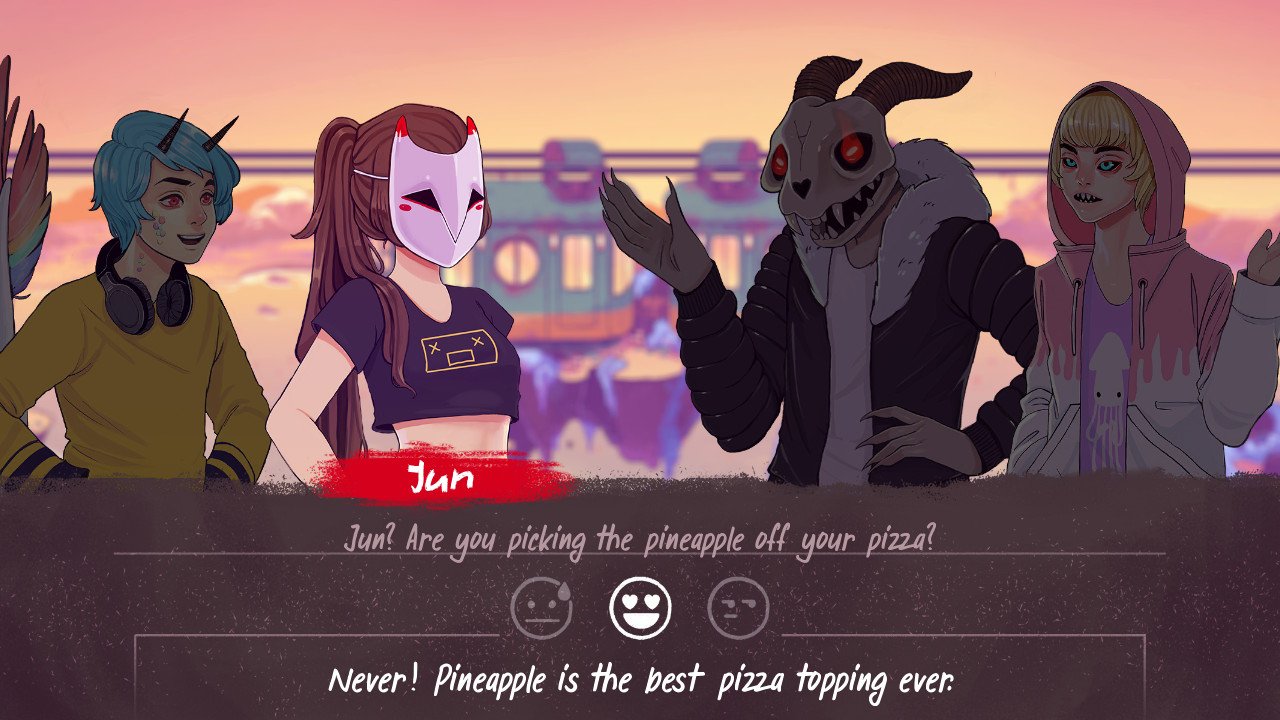 However, for all of the things The World Next Door does right, some giant issues present themselves. While the game tries to be a blend of action-puzzle RPG and narrative-driven story, it unfortunately becomes shallow in terms of both of those concepts. The main gameplay loop is great, but unfortunately there aren’t any other RPG mechanics in play; you don’t upgrade your levels, items you obtain have no real bearing on your character or the story, and even enemy variety is lacking. The content here is great, but it screams for more. There are quests you can partake in, but the NPCs don’t have the same charisma or charm as the supporting cast, and as such it feels like needless padding. It feels like this would make the game drag on for dozens upon dozens of hours but…

Normally this isn’t a problem, especially in a narrative-heavy game, but the second I reached the end credits, I was left with too many questions. While there is an event near the end of the game that does explain some backstory and lore, there were a few plot threads that remain either unresolved or hastily finished by the time you’re done. When I did reach a cool climactic moment, complete with twists and conflict with the cast, I was ready for more. Instead, I was met with a slideshow of pictures showing that everything was fine in the end. It’s a slap in the face to this plot, as it really could have been fleshed out to the fullest. Instead, it ends up being literally half of a story and left me with a bad taste in my mouth. 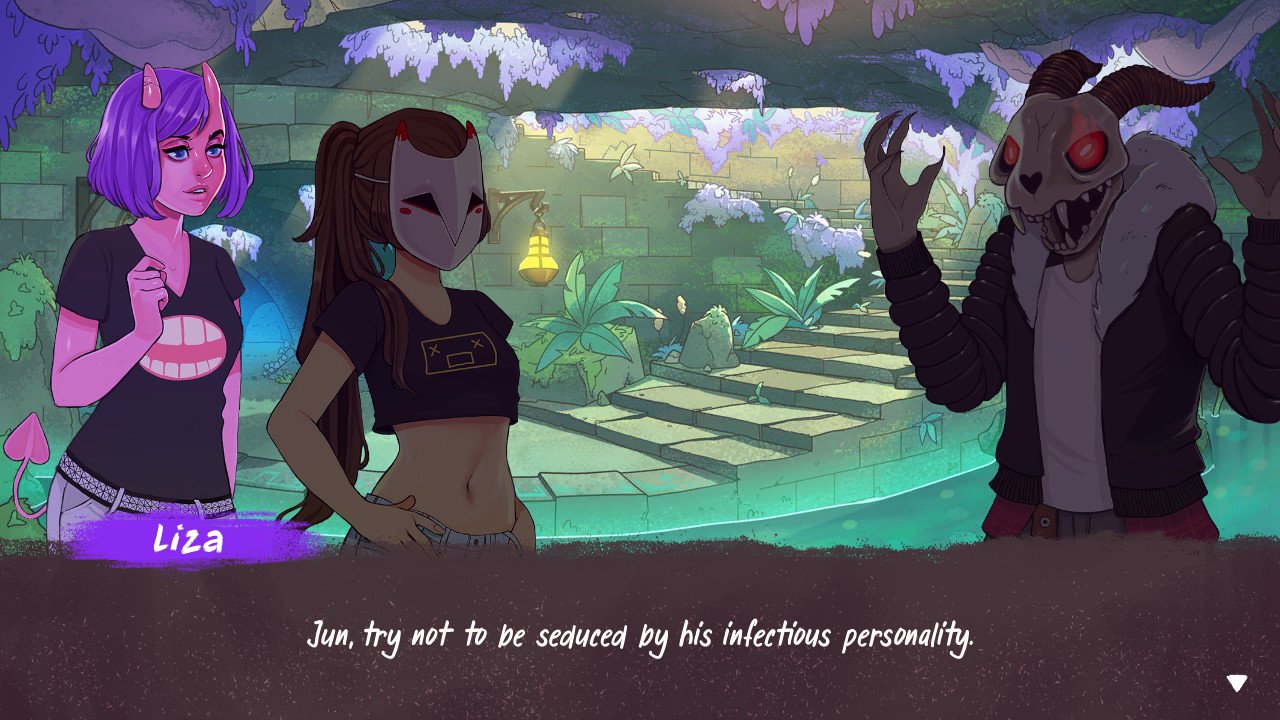 The World Next Door

The World Next Door is an ambitious action-puzzle game with some interesting narrative and RPG elements, but unfortunately wears itself thin trying too much with too little.

Elisha Deogracias is an aspiring accountant by day, freelance writer by night. Before writing for Gaming Trend, he had a small gig on the now defunct Examiner. When not being a third wheel with his best friends on dates or yearning for some closure on Pushing Daisies, he's busy catching up on shonen manga and wacky rhythm games. Mains R.O.B. in Smash. Still doesn't know if he's a kid or a squid.
Related Articles: Indies, The World Next Door
Share
Tweet
Share
Submit